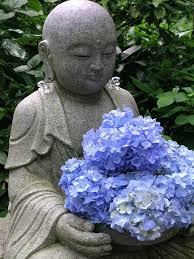 The rainy season in Japan has just begun. Although the season brings its discomforts, it also marks the appearance of mounds of blossoming sky blue hydrangeas (ajisai) that replace the blue of the sky for a few damp and misty weeks.  They are one of my favorite flowers and can push me to tolerate uncomfortable degrees of wetness just to take in their beauty in some out of the way soaking wet garden.  The displays of hundreds and hundreds of these plants seen in many temple precincts are dreamy and extravagant in their abundance, shape and colors.  Think flamboyant masses of every shade of blue imaginable along with occasional splashes of  pink and white . 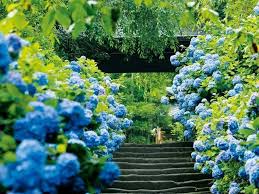 The Japanese indulge seriously in seasonal celebration and have specific customs that accompany every time of the year. The images of hydrangeas appear in seasonal candies, in the design of everyday fabrics, on ceramics and on kimono and accessories.

Bouquets or single stems of hydrangea are found in the windows of traditional shops.  The flower is celebrated nationally for its rainy flowering period, then replaced by other symbols of the season, as the rainy season ends and the summer heat becomes more oppressive. 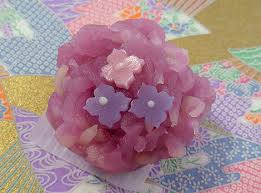 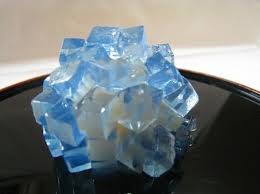 I became easily entranced with fuurin (Japanese wind chimes), another symbol of a Japanese summer. For hundreds of years, in the heat of the summer, they’re hung in the eaves or gardens of buildings to delicately announce the arrival of any passing breeze. Attached to most fuurin is a paper wind catcher that offers a prayer to the gods.

Just to show you how “coo coo for cocoa puffs” the Japanese can go with this kind of thing, I discovered that there is a very large market every year in July, just south of Tokyo, devoted only to the delights fuurin!  Can you imagine the sight and sound of 30,000 wind-bells made of either glass, ceramic or iron, gathered from all corners of Japan, displayed together? 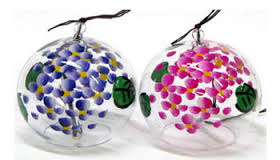 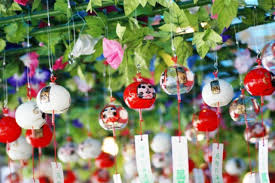 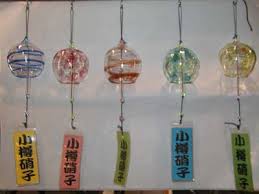 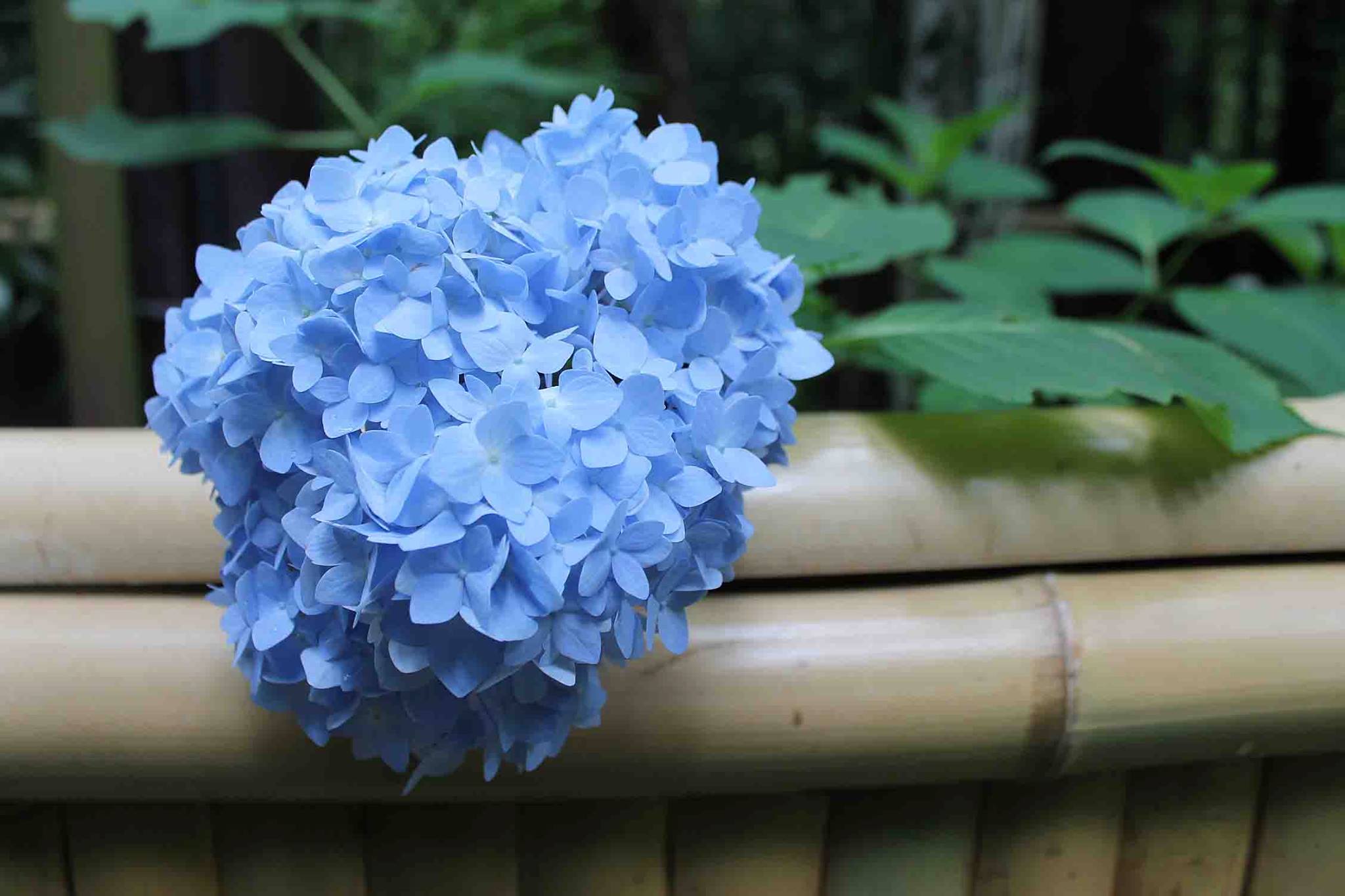 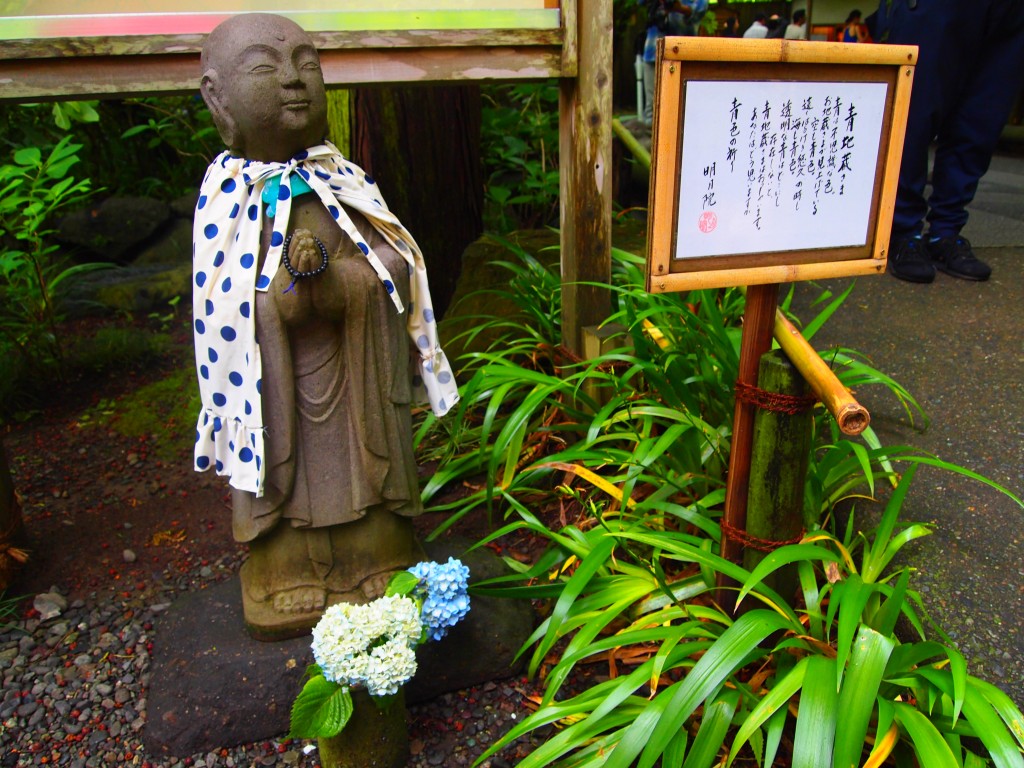 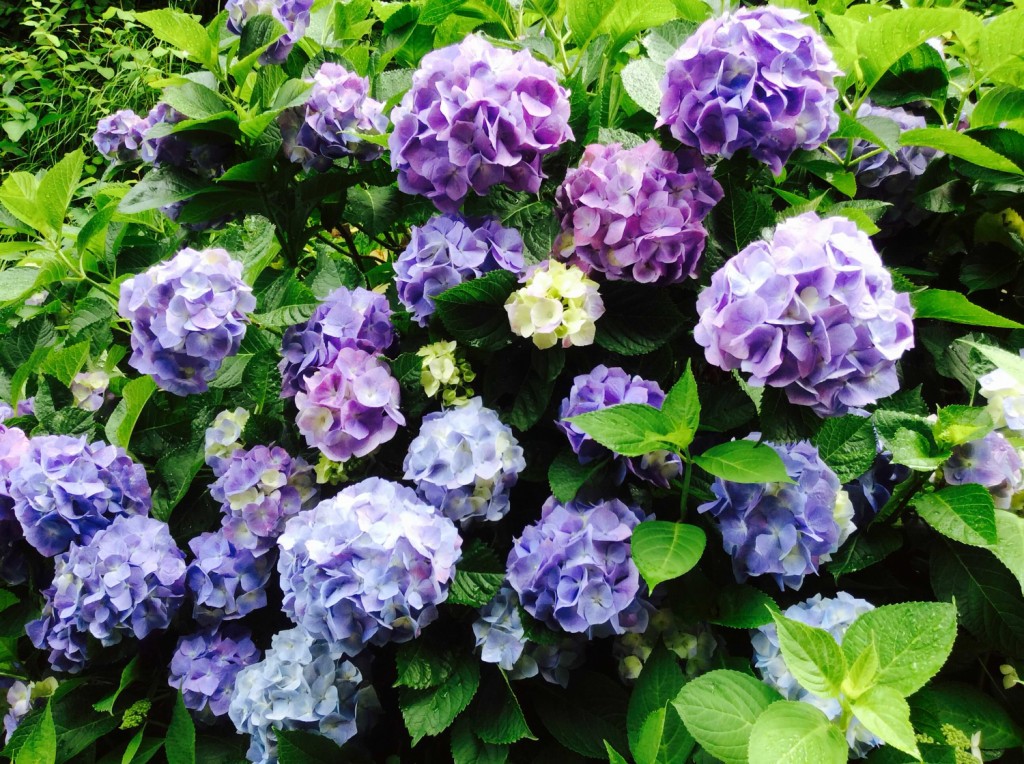