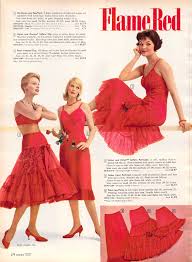 The Jewish New Year Demise of the Fabulous Red Petticoat

The Jewish New Year is bittersweet for me because it requires looking over my shoulder; in particular, it means missing my parents.  My husband might be described as memory neutral when it comes to the religious impact of his childhood.  Therefore, any acknowledgement of the holiday, be it going to services, eating a special dinner, etc. must be initiated by me.  I’ve gotten lazy over the years and no longer care whether I attend services or not.  This admission brings Jewish guilt.

The Jewish New Year brings back memories of my childhood and time of year that was of great importance to my mother. She was not a particularly religiously observant person, but she fervently held on to the High Holidays and expected her children to follow suit without question.  This meant going to religious services at our conservative synagogue for both the first and second mornings of Rosh Hashonah, an inevitably dull and tedious affair for me.

Because the synagogue wasn’t large, if there was a crowd of congregants, children had their own boring services in the ugly basement of the temple building.  Teenagers could move out of the basement and into the sanctuary.

At least in the sanctuary of the synagogue, I was able to stare at the stained glass windows to relieve the tedium of a service in a language I could read but could not understand.  I did enjoy the traditional music and would come to life when they were sung because I knew the lovely old melodies and had memorized the Hebrew words.

Yom Kippur, the Day of Atonement, was a somber affair. I considered it quite an ordeal atoning for my sins and trying to fast all day.  On Yom Kippur, when I was probably about 12 or 13.  Just beginning to recognize the power of our teen age years, my cousin and I easily decided to skip out of services and go shopping for fall clothes. It was deliciously dangerous. Somehow word got back to our parents, as it always did. We were both severely reprimanded.

I did enjoy the opportunity the “holidays” presented to dress up.   One year, I bought a bright red taffeta petticoat edged in black lace.  I wore it under a princess style navy dress that had a long zipper up the back of it. This was the era of petticoats and I worked it.  I was a master of layering 2-3 of them under a circular skirt.  As far as my 14-year-old self was concerned, this dress and petticoat combo showed off my tiny waist to perfection .  The red petticoat had only a one button closure, a dangerous design flaw I would discover too late. 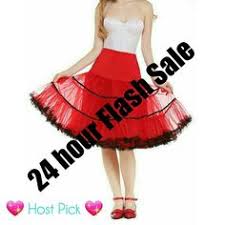 During the long service, out of boredom, I decided to take a bathroom break. I walked demurely from a front pew to the door at the back of the sanctuary.  I felt many pairs of eyes on me as any self-conscious young teen would.

I sneezed in the middle of my walk . Instantaneously, the button popped. With each step I felt my fabulous red petticoat letting go, descending to the floor. I dared not look at the seated congregation. I had no choice but to continue on my way as casually as possible, while ineffectually grasping at my waist, trying to hold onto the damn thing. No luck!  By the time I was about 3/4 of the way back, the petticoat was at my ankles.  I had no other option than to gracefully step out of it and casually throw it over my arm. I was just old enough to enjoy the humor of the situation while being horrified at the same time.  I did not return to the service.  I dumped the petticoat in a wastebasket rather than have to continue holding it like some weird accessory.

I used to wish that these holidays would mean more than they do to me.  Now, I accept whatever response I have and do what I feel is authentic for me.  There might still be a touch of guilt, but nothing I can’t sweep away in a day or two.

In the early years after I’d left home and married, I felt compelled to find a service to attend.  I always came away disappointed.  As the years have passed, I no longer look for a religious service that will fit or inspire.  But, I do feel compelled to have a traditional dinner each year, either with friends or family.  I buy crisp new fall apples to dip in local honey to help make the year sweet.  This year, I even baked a honey cake. 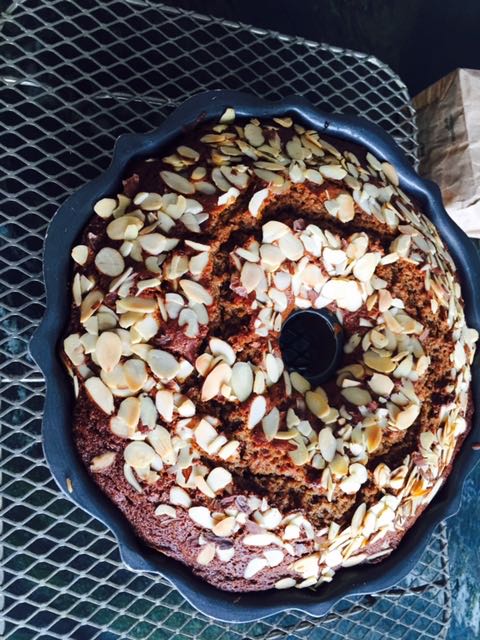 I’ll have three of my youngest grandchildren at our dinner table, and for reasons that mysteriously transmit from mother to daughter, I hope to share a bit of Jewish tradition. 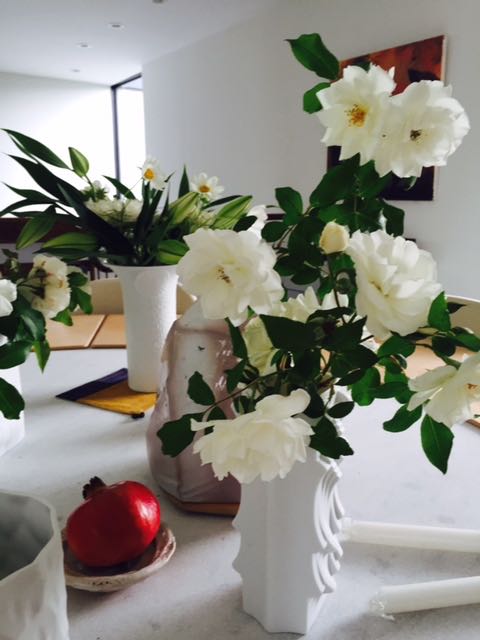