Meet the Arhats!  I guarantee once you’ve met them, you’ll never forget them!

I met them all a few weeks ago at the Mori Art Museum in Tokyo.  They are the subject of an overwhelming artistic experience created by the Japanese artist, Takeshi Murakami in response to the 2011 Fukushima disaster and tidal wave.  As far as I could understand, in Buddhist tradition, the Arhats are enlightened beings who chose to spend their time on earth spreading Buddhist teaching and helping us regular mortals find compassion and consolation in dealing with the challenges of life on this earth. According to some Buddhist traditions, there are 500 of them.  Murakami painted each of them in his 100m or 328′ mural. It literally dwarfed any paintings I’ve seen before it.  It’s said to be the largest painting ever done. 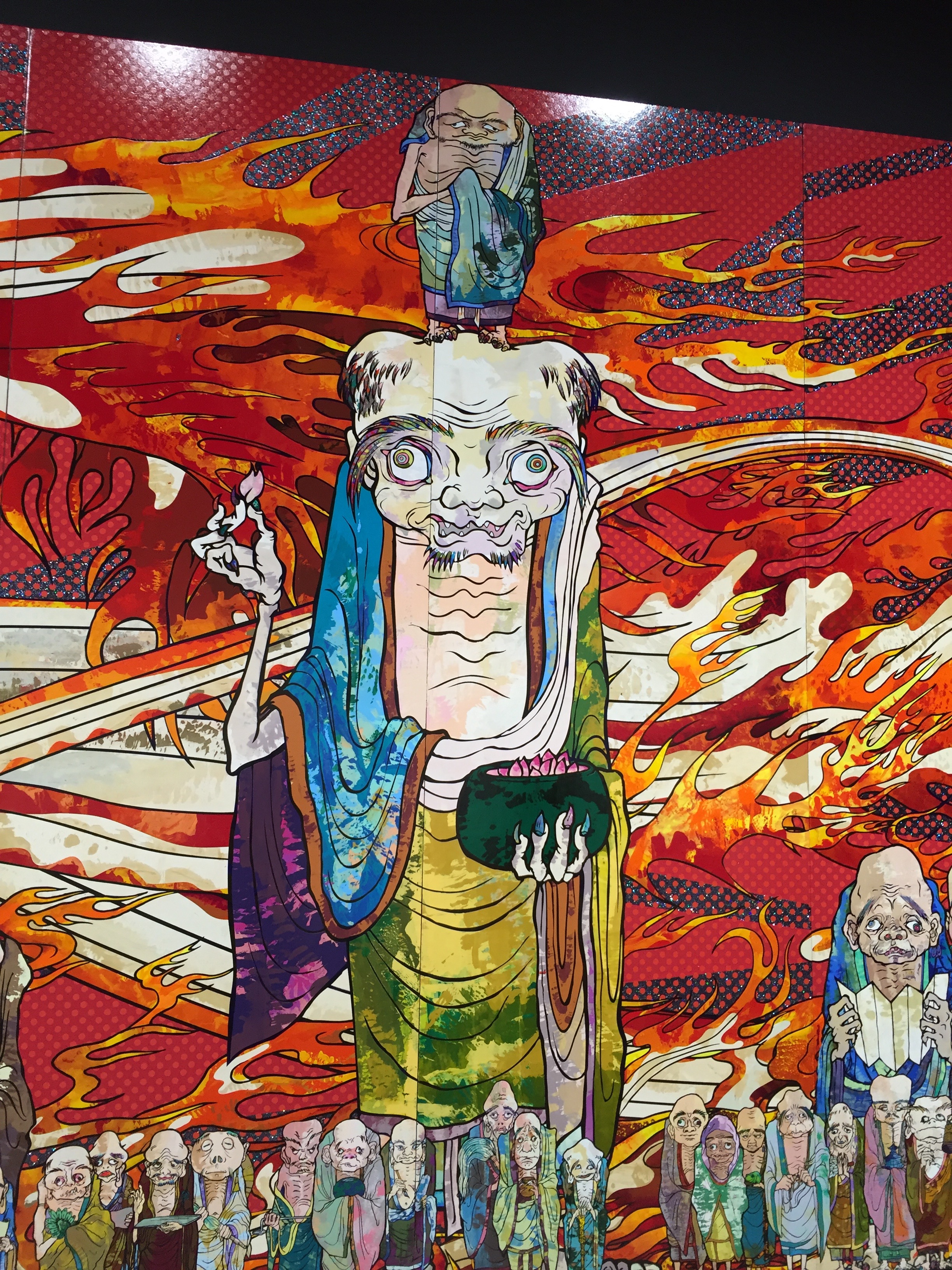 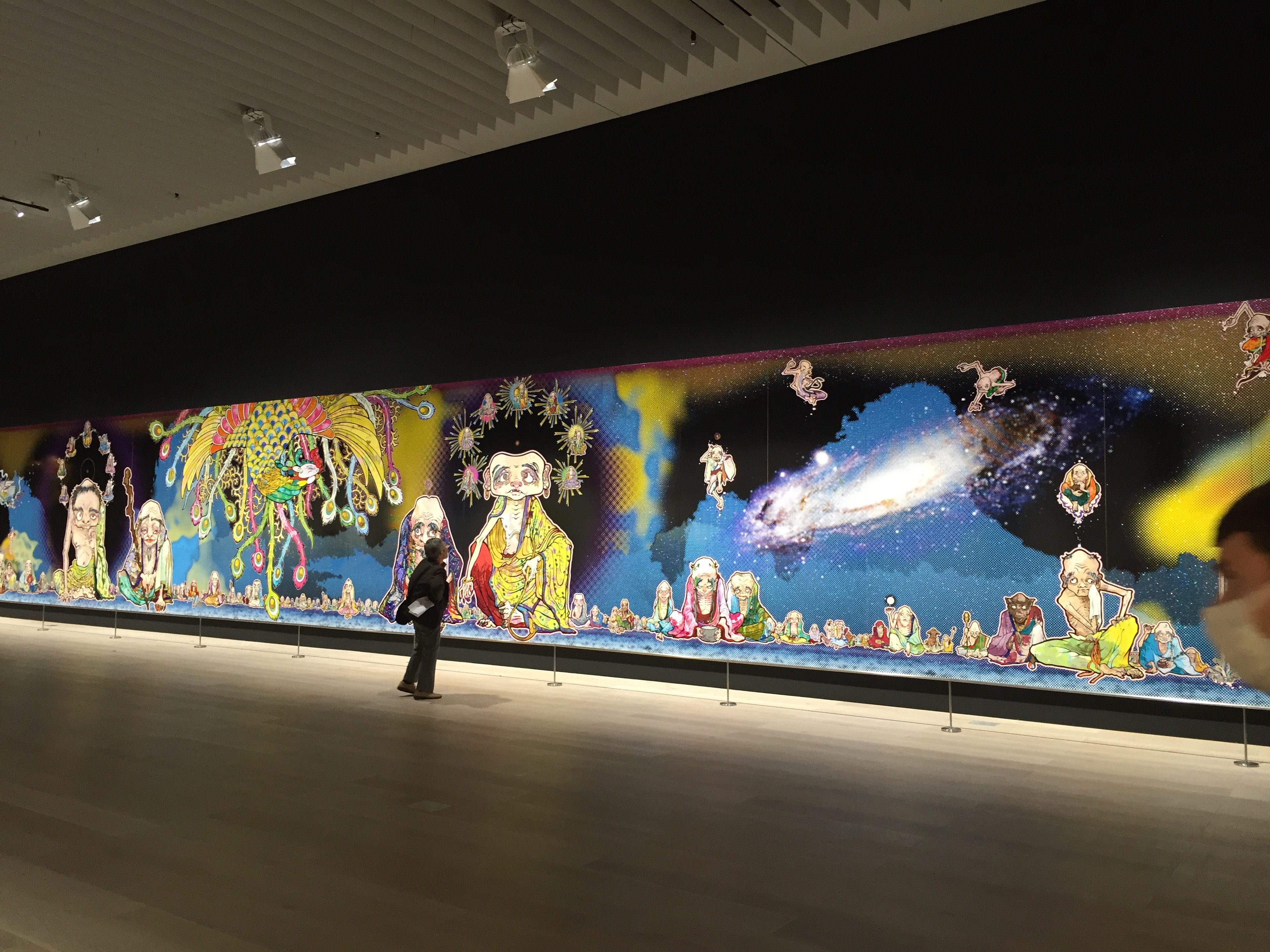 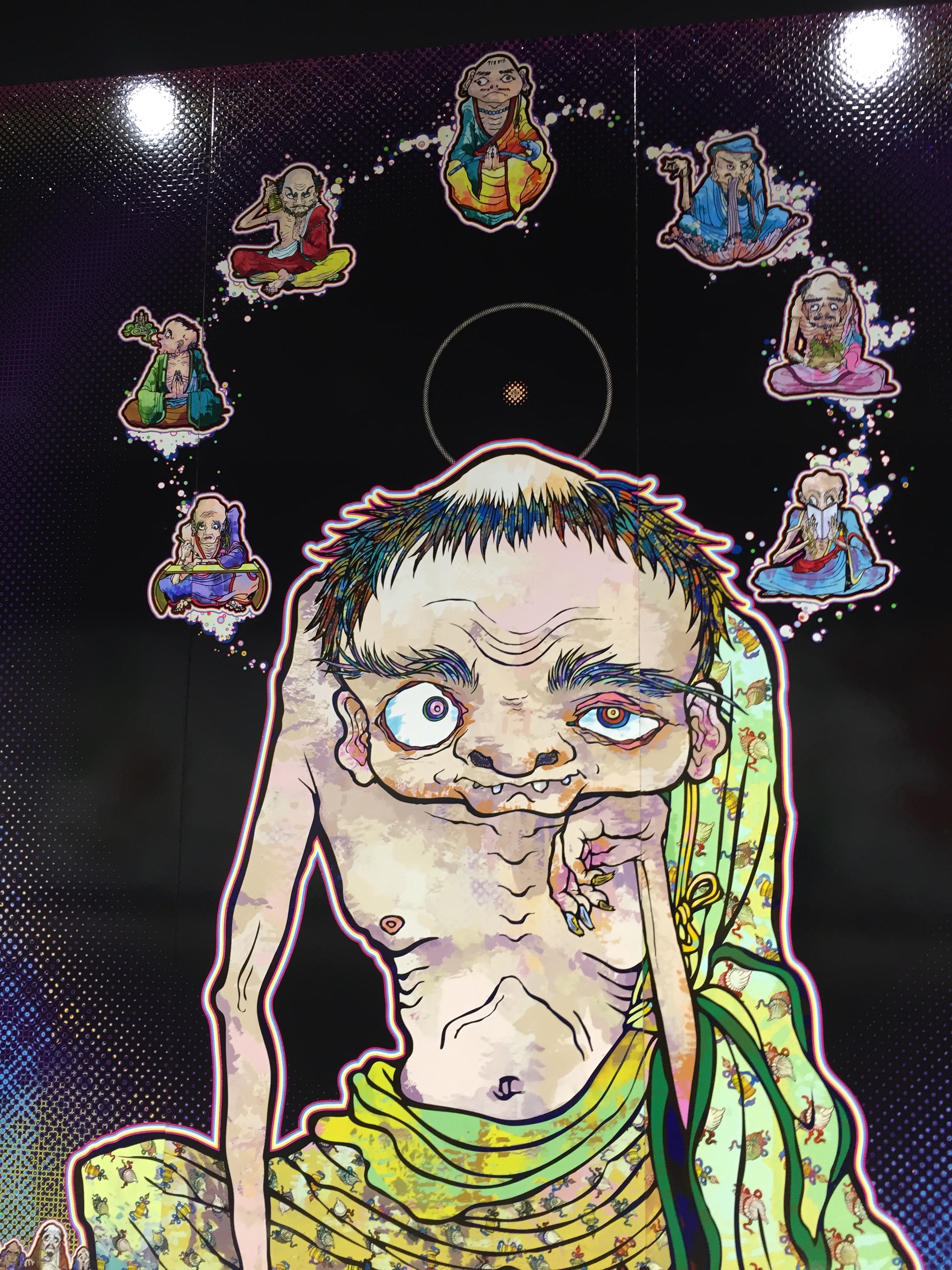 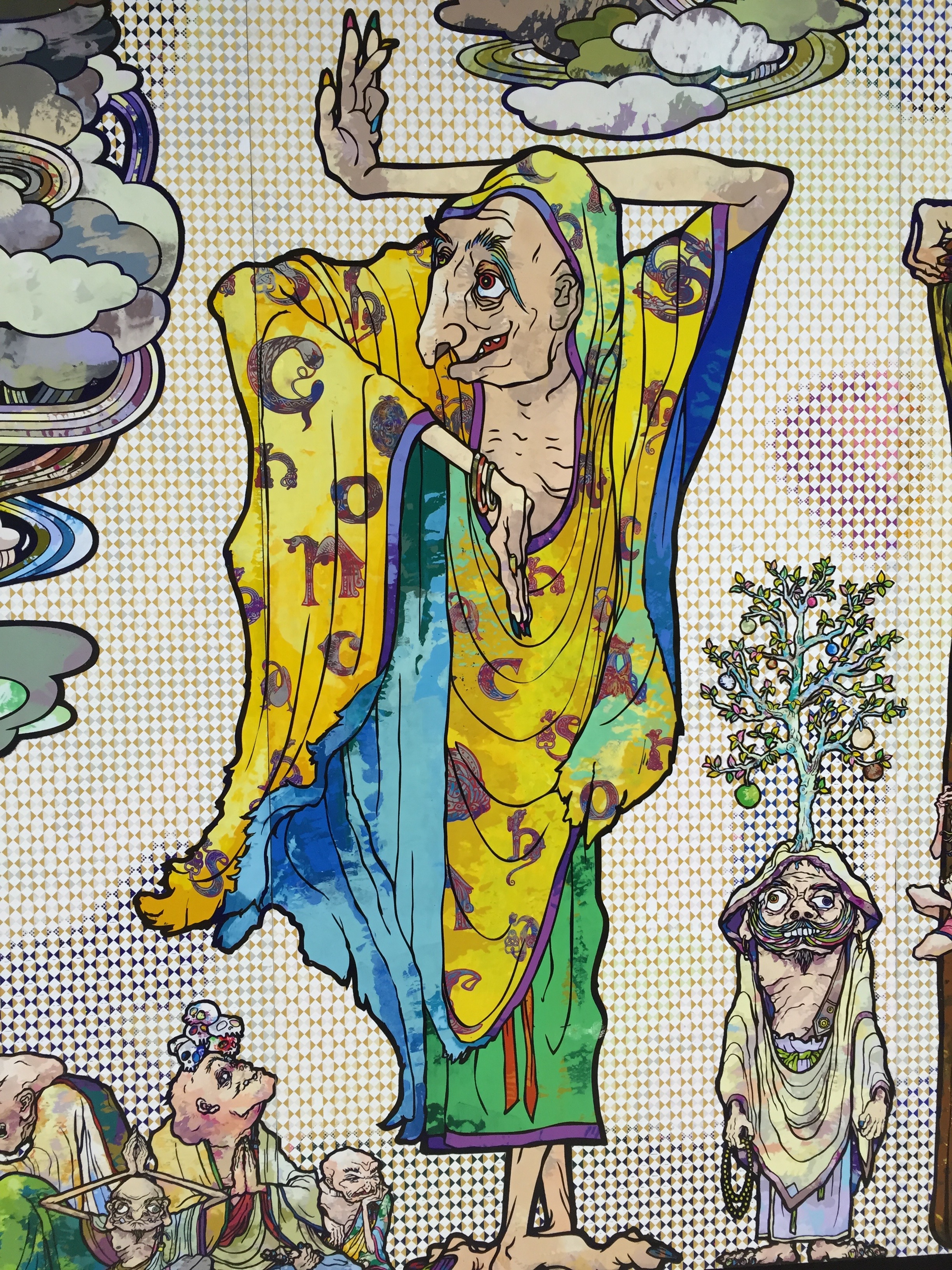 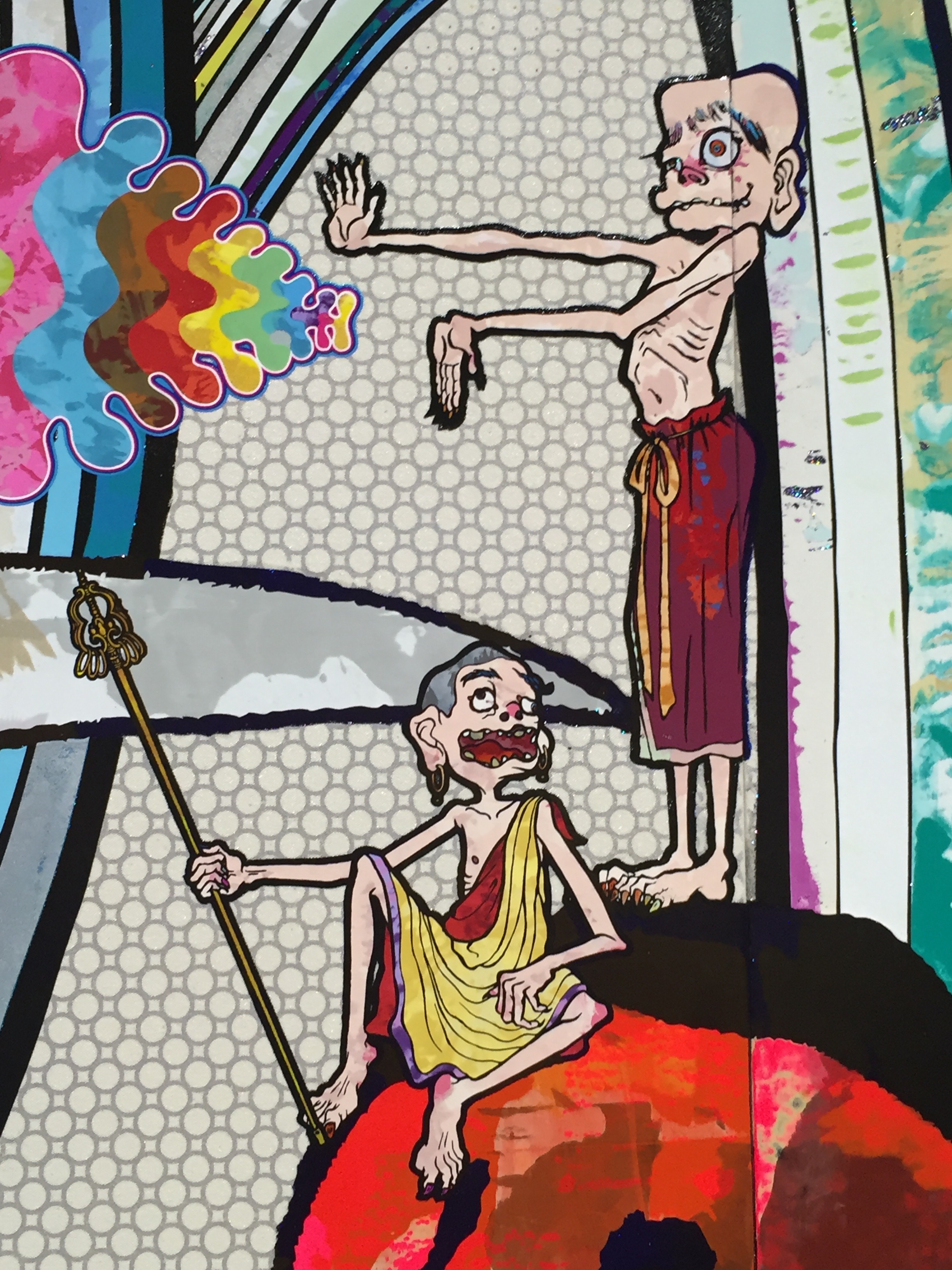 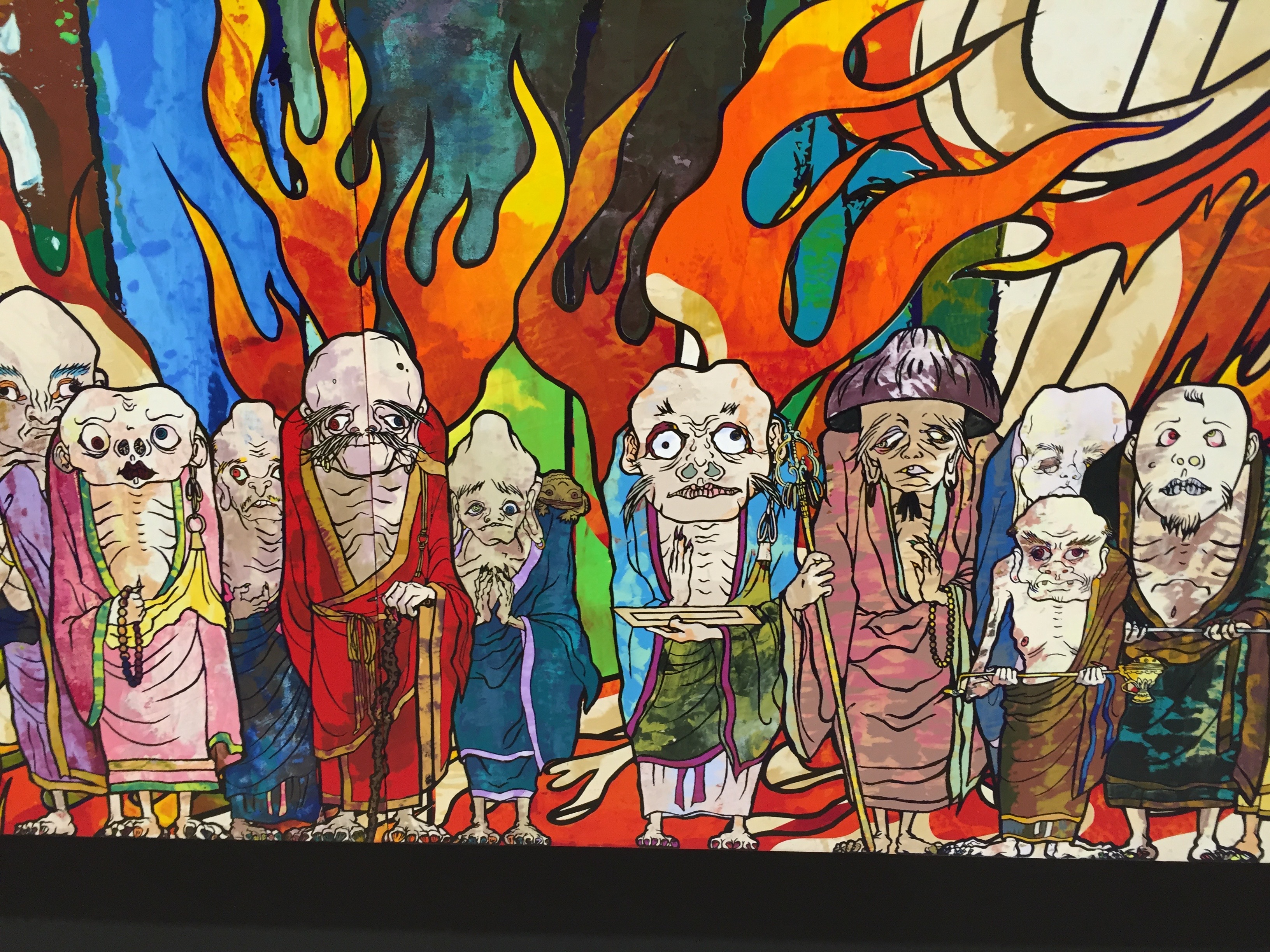 Two hundred student assistants worked with Murakami 24/7 for one year to research and help create the work.  The sheer scale of it, as well as its intelligence and soulfulness, require the viewer to consider the universe and our place within it.  The dynamic force of the mural doesn’t allow for any distraction.  Be here now.

The Arhats come in all shapes and sizes. They are depicted on brilliant backgrounds, from fiery to celestial.  Their images  range from spooky to aesthetic to just plain goofy.  Most are in prayer.  The mural includes historical references to early Japanese art as well as references to Murakami’s well known use of manga and anime. All in all, I found it spellbinding.  It was a total departure from anything I’ve seen before.

I’ve read that Murakami is a nihilist. The meaning of his earlier works is there is no meaning. But, somehow this work, with all these holy creatures , seems bound to give comfort to beleaguered humankind.  The paintings provide solace and inspired wonder, if only to show what an artistic mind is capable of producing.