To Bow or Not to Bow?

Once upon a a time, in the middle of the last century, in a small industrial city in Western Massachusetts, a child born and raised to assimilating Jewish parents frequently found herself conflicted during the holiday season. 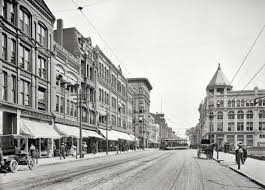 On one hand, there was the modest holiday of Chanukah. During the 1940’s and ’50’s it was celebrated in our household  with the lighting of orange candles that burned out pretty quickly.  On the fifth candle, we enjoyed the distribution of a little cash or a few small gifts. By the 8th night, the glowing menorah presented a sight to be admired, but after a few exciting moments, it was quickly over.  The painful truth is that other than sharing the month of December, Chanukah and Christmas have/had little in common. For a child, Chanukah was an unsatisfying substitute.

On the other hand, and far more celebrated among her Irish Catholic classroom peers, was the seduction and allure of Christmas. The bible story itself was attractive and the decorations and imagery were irresistible.

My classroom was the epicenter of Christmas Anticipation. My fifth grade teacher, as a lesson in penmanship, in a moment of sheer inspiration, had our class copy all the lyrics to the narrative song Frosty the Snowman,  I remember actually enjoying that exercise . The story is all about living life to the fullest even though your days are numbered.  Sophisticated stuff.

Frosty the snowman is a fairy tale, they say
He was made out of snow
But the children know how he came to life one day

Frosty the snowman knew the sun was hot that day
So he said, Let’s run and have some fun before I melt away
Down to the village with a broomstick in his hand
Running here and there all around the square
Saying Catch me if you can

Frosty the snowman
Had to hurry on his way
But he waved goodbye sayin’, Please don’t cry
I’ll be back again some day

In school, I learned to love and sing all the traditional carols.  Away in a Manger became the thorniest of the carols for me to sing because of the phrase,”the little lord Jesus”  which was repeated several times during the song.  My classmates had no such hesitation.  They would automatically bow their heads in unison at the very mention of Jesus’ name.  What was a Jewish child to do? To bow or not to bow? How noticeable would it be if I did not bow?  The bow won out, although not without a large amount of Jewish related guilt.

Another excruciating moment came when a classmate would eagerly inquire if we’d put up our “tree” as yet?  My answer to this inquiry, which felt as confrontational as asking a a young man if he’d been circumcized, was usually split. I lied 50% of the time. The other 50% of the time I’d admit, to my friend’s  great confusion, that Jews didn’t celebrate Christmas.  That response always ended the conversation.

Once upon a time, children were able to wander the downtown streets of their hometown without an accompanying adult.  It got pretty glitzy at Christmas in downtown Holyoke, at least to this child’s eyes.  It was an irresistible draw.  Many days in December, after school, I’d head straight downtown.   After looking at many fetching embroidered hankies for my teacher in one of the regal, if old fashioned department stores, I’d quickly hot foot it over to Woolworth’s, the 5 & 10 store par excellence.  There, to my heart’s delight, I’d gaze and touch large counters full of brilliantly colored Christmas baubles. Best of all, no one paid the slightest bit of attention to me.  Long shimmering strands of silver tinsel could be inspected there too, as well as the always- fascinating bubble string lights.

For reasons I’ll never quite comprehend, I was encouraged to believe in Santa Claus. That brought some pleasure when I was very young. Family gifts were exchanged on Christmas morning in a low key secular appropriation of Christmas Day. However, the act of placing a Christmas tree in our home was never considered, except in my own fantasy. I always knew where the line was drawn, but was never sure of the rationale behind the line.

We spent the weeks leading up to Christmas watching entertaining  Christmas specials starring the likes of Perry Como . Ahmal and the Night Visitors, always a yearly visitor in the 50’s, was on the DO NOT WATCH list since it had too many religious overtones to ever be considered remotely acceptable.  Ditto “The Little Drummer Boy.”  That went for the song of the same name too.

Occasionally a Jewish friend would tell me in a whispered voice, that she had a Christmas tree.  I regarded her with a mixture of suspicion and envy.

Then one year, to my complete shock and delight, on Christmas eve, while we watched Christmas tv specials, my mother pulled out a small but not insignificant music box Christmas tree to plug into the electrical outlet in the fake hearth of our den. She said it was given to her by a customer of my father’s grocery store.  It only stayed out for a few hours and then was hustled back to its box in the hall closet as soon as the family went to bed, which was usually at the beginning of the Christmas Eve service from Saint Patrick’s cathedral. The tree’s disappearance was a little like watching a sitcom when a cheating husband tell his mistress to hide in the closet when he hears his wife come home.

The illicit tree would reappear in the same circumstances for many years until one year, when I was home from college, I discovered it had mysteriously disappeared.

Christmas in Holyoke was never the same.