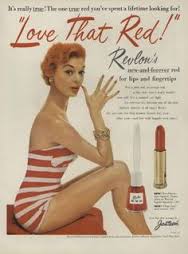 BEEN THERE, DONE THAT!

Once you’ve gone around the sun 75 times, you’ve accumulated many experiences and lived through many different events .  My recent birthday had me looking over my shoulder more than usual. Although I think I have always had a poor memory, there are certain things I haven’t forgotten.  They’ve shaped my life and I hope, have granted me some perspective. It’s humbling to think I’ve lived so long!

My first serious confrontation with political reality occurred while I was living in South Florida during the Cuban Missile Crisis with the Soviet Union in 1962. I seriously thought, as I watched tanks maneuver of the streets of Florida, that this just might be the end. I wanted to go home to be with my parents.  My husband to be, assured me that nothing was going to happen.  I believed him and didn’t leave.  Nothing happened.

During the summer, I could not swim in public pools or drink from public fountains because of the fear of polio.  My mother cried for joy when the polio vaccine became available. Growing up, I had the mumps, measles, German measles and a nasty case of chicken pox, all diseases young people don’t contract anymore.

Sputnik hit the skies when I was in high school.  Its launch marked the beginning of the Space Age and intensified the arms race. 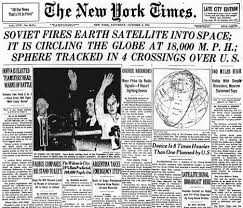 Duck and Cover drills were a part of the routine in school, ostensibly  in preparation for an atomic bomb attack that could come at any time.

Stalin died when I was twelve years old.   I kept the newspaper clipping thinking that the most evil man alive was now dead and the world would live in peace.

I watched the live murder of Lee Harvey Oswald on television. The days following Kennedy’s assassination  were a like a bad dream.  It marked the end of my youth. That murder was quickly followed by the assassinations of Dr. Martin Luther King and Robert Kennedy.  Dark times.

My feet would be put in an xray fluoroscope machine when I went to buy shoes! 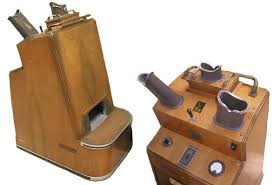 I remember black out drills from WW II. My father left our apartment with a flashlight and helmet on to go I know not where, while my mother and I hovered in the dark as she tried to explain to her 3 year old what was going on.

I thought I liked Ike!

I know my mother did.

I remember the election of President John F. Kennedy in 1960.

I remember the celebration of the birth of the state of Israel, when I was 7.  Everyone seemed very happy, so I too sang Hatikvah loudly with the congregation of our synagogue. I also remember the Seven Day War, when the possibility that Israel would be destroyed was a very real concern, until it became a rout, changed the course of history, and launched another new set of problems..

I remember segregated drinking fountains at the University of Miami where I went to college.  The sad thing was, I thought it was very strange, but not outrageous.  I had little awareness or concern for the ills of segregation.

The Interstate highways arrived about the time I got my driver’s license. When I was 16, a friend and I snuck onto the Mass. Turnpike before it had officially opened to go for a joy ride in her father’s convertible.  Good Times.

I watched nuclear tests in the American desert broadcast live on television when I came home from school.

The birth control pill became widely available in the early 1960’s about the time I graduated from college and too late to have made a difference in my life.

Betty Friedan’s book, The Feminine Mystique, took its place as the most important book I’d ever read.

Again, on television, I watched the first man to walk on the moon.

I remember the resignation of General Douglas MacArthur in 1951.  Old soldiers never die, they just fade away.  He became an immediate national hero.

Again, on television, I watched the 1968 Democratic convention erupt in chaos. My parents were convinced the country was going to hell.

I remember the Free Speech Movement, the Black Panthers,the SDS and the Patty Hearst kidnapping. Those were exciting times.

Richard Nixon “opened” Red China, the Berlin Wall went up and came down, many airplanes were regularly hijacked, many astronauts went into space, the Yugoslavia revolution took place and at last real live Russians appeared in the USA.  All on my watch.

The Cuban Revolution happened while I was in college in Miami.  When I returned to MIami after my winter break there was a large billboard on the MacArthur Causeway that proclaimed, “Cuba is free. We welcome our American friends.”  I think it remained there for only a few weeks.  It wasn’t long before we witnessed the transformation of Miami as Cuban refugees poured in and remade the culture.

Love that Red was one of my first lipsticks.  Peroxide  and a half a bottle of Light and Bright turned my hair a brassy blonde. Hair styles included the Italian Cut, the Poodle Cut, and the page boy.  I regularly went to bed with my hair in wire rollers.

I “teased” my hair daily for many years.

Earth Angel rocked my world one summer in the early 1950’s when I was at the beach. The sound mesmerized me. We were the first generation of teenagers to live rock and roll. The radio was the main way we listened to new songs. NYC dj’s spread the sound.

I watched Dick Clark’s American Bandstand on tv after school.

The radio was my way of tuning into the outside world.  At night, I would stay up for hours, playing with the dial, trying to draw in far away stations, thrilled when I could pull one in.

I remember the day Elvis Presley died, as well as the day Marilyn Monroe died.

Every Saturday afternoon during my childhood, I watched most of the great MGM musicals.

I suffered my first bout of deep grief when JFK was assassinated. It lasted several months.

Johnny Mathis had us slow dancing and making out to his music.  Wonderful wonderful.

I eagerly awaited the arrival of Life magazine each week.  It told me all I needed to know.

I flew home from college on an Eastern Airlines jet plane.  This was the first jet aircraft available commercially.  It was pure glamour.

I lived through the civil rights movement and the accompanying national turmoil. I felt oddly detached and have always felt guilty about my lack of involvement..

I marched and protested as a Vietnam anti war protester.  I was another mother for peace.  By this time, I was politically awake. 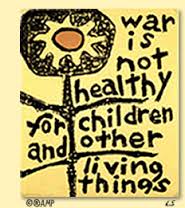 Drive in movies and the first drive- in restaurants were an interesting distraction, if we could get to them.

The only “bad” word I knew until 6th grade was shut-up.  In 6th grade, I saw the word shit drawn on our school playground and had to ask someone what it meant.

Your Show of Shows was a regular part of my childhood, as was Your Hit Parade , The Ed Sullivan Show, The Honeymooners, Omnibus and Maverick.

I remember my Dad taping a sheet of colored vinyl over our black and white tv, to make it appear like a colored television.

Homosexuality was an unknown in my little world, never discussed or spoken of. I began to hear the word “fairy” by the time I was in college.

My one and only movie crush was Yul Brynner.  I watched The King and I sixteen times. I probably would have seen it 16 more times if video or dvd’s were available. I had all the dialogue memorized. It allowed me to escape my grim industrial hometown for a tropical world of explosive color and sizzling but understated sexuality. 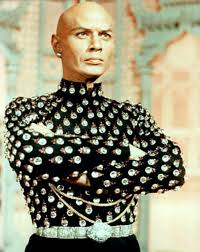 The first car I owned was a 1959 DeSoto which I bought from my parents after graduating from college. It had real fins! Soon after I bought it for $500, it broke down and was towed away into oblivion.

I wore white bucks in junior high. It was not cool for them to be white. At our school, the dirtier the better.  Sneakers, always white, could only be worn in the spring and summer.They too, needed to be worn dirty, much to my Mother’s dismay.

In college, I wore an unlined, braless, woolen deep blue Rudi Gernreich bathing suit on the beaches of Miami.  I wore it until it got a moth hole. It probably was the coolest item of clothing I’ve ever owned.

For my “going away” outfit after I was married, I wore a pillbox hat and gloves. (with a dress too) All self respecting women wore hats and gloves when they got dressed up. That odd prim fashion disappeared quickly as the sixties and the counterculture got going.

On one of my first dates, I wore a girdle which became so uncomfortable, I went into the ladies room, pulled it off and threw it in the wastebasket.

I excelled at wearing multiple crinoline petticoats at one time, under a circular quilted skirt, preferably worn with a wide cinch belt.

And then, there was the shift! Not to mention the Vidal Sassoon haircut. 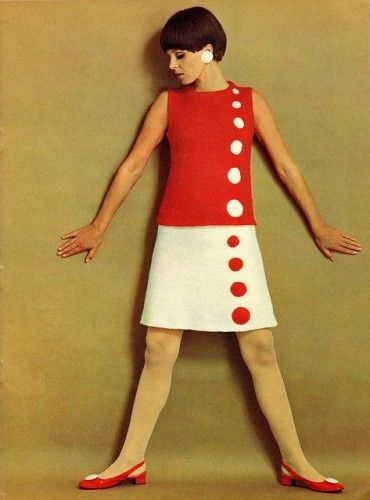