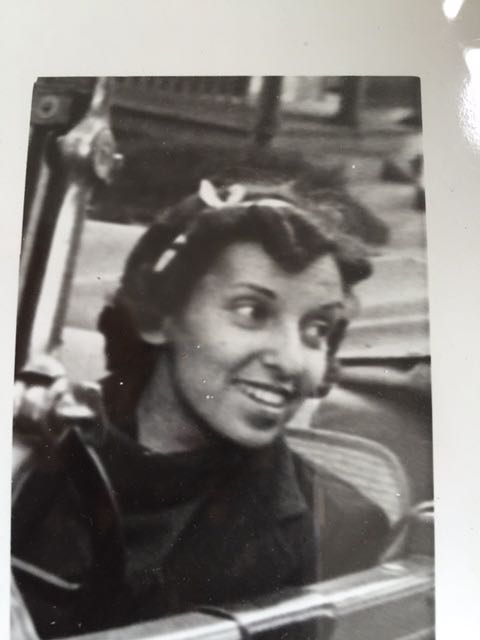 Probably there is nothing in human nature more resonant with charges than the flow of energy between two biologically alike bodies, one of which has lain in amniotic bliss inside the other, one of which has labored to give birth to the other. The materials are here for the deepest mutuality and the most painful estrangement.
― Adrienne Rich, Of Woman Born: Motherhood as Experience and Institution

No sooner had I  had finished writing my post about my Dad “In Praise of the Neighborhood Grocer,” than I felt a pang of guilt for overlooking my mother. 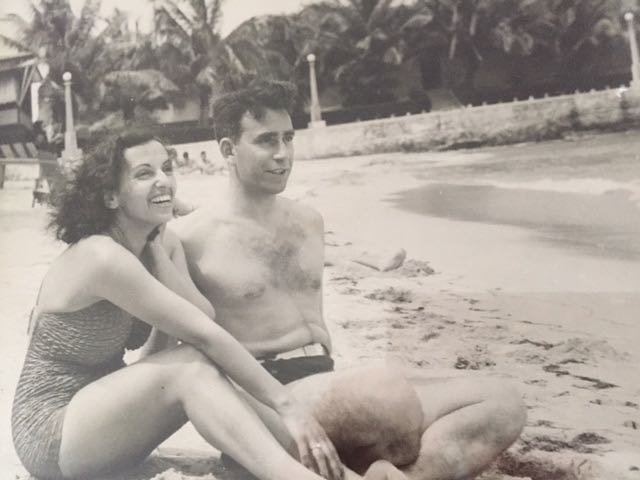 Whereas it feels like my Dad just left the room, my Mother began to take her departure about a decade before her death in the early 90’s.  It’s more difficult to reassemble her.  When her illness (Alzheimers) finally gained the upper hand, I had to look at her hands that I loved so much, to know this shrunken, irrevocably altered person before me was my Mom.  Her hands were the least changed part of her.

She was a strong figure in my life.  In my adolescence, I rebelled against my mother’s wishes, not my father’s.  I fought with her, never my father. She had the oversight of a single parent. My father rarely, if ever, doled out discipline or chastisements. Recognizing my talent and desire to dance,  she spent untold hours taking me to dance classes throughout my youth.  My Dad squirmed through recitals.  My mother made sure I saw Broadway musicals that inspired me for decades. She taught me the importance of family.  She was there when I was sick.  She kissed me nightly when I was a child, before she went to bed. She showed me how to throw a party. I was loved, there was no doubt.

My Mother!  How much more complex a relationship I had with her than with my Dad?  Where to begin?  what to relate?  Feelings shift so much over the years, pain lessens, understanding deepens.  Love remains.

The relationship between parents and children, but especially between mothers and daughters, is tremendously powerful, scarcely to be comprehended in any rational way.

Maybe that explains the challenges!  Childhood was relatively uncomplicated, but I began to pull away as a teen-ager.

It wasn’t difficult to see that my mother was caught in the web of a proscribed formula that dictated what middle class  wives and mothers of the 1950’s could and could not do.  She buried her dreams for a career of her own in order to adapt to my father’s needs.  If she wanted to work, she must work for him.  She became the Grocer’s Wife, helping out at the cash register as needed and raising the children.  She got bored and restless at times, but she stuck with it, never letting my father down.  She expressed her creative urges by decorating our house, putting up curtains and taking them down, knitting dresses and afghans, changing paint colors in our house,  rearranging furniture, planting flowers and taking amateur art classes at the Jewish Community Center.  I’d watch her dress for a night out with my Father, marvelling at how beautiful she looked to me.  She had great taste. 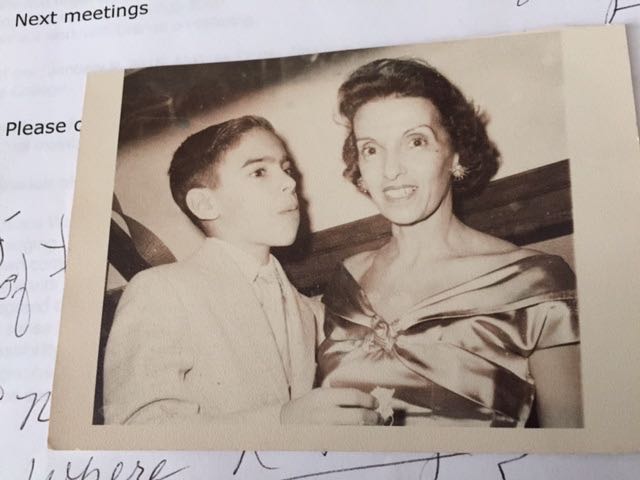 My brother and my Mom

I understood perfectly her dissatisfaction at being stuck in an  unattractive small town.  She’d wanted to move to California soon after she got married, but that desire was not shared by my father. When we moved to California,although she was already showing signs of illness, I think she understood.

She repeatedly expressed to me the mother/daughter myths that were dictated by the era.  They weren’t a great help.   Her two greatest fears were , #2 that I’d get pregnant (not that I was promiscuous!)and #1  that I’d marry someone who was not Jewish.  I cannot over- emphasize how important that was to her.  It drove a wedge between us for several years.  Now, I understand, those were the times.  More Messages from Mom below:

You could get all A’s if you only applied yourself.

I put you up on a pedestal and you keep knocking yourself off.

It’s just as easy to marry a rich man as a poor man.

Non-Jewish men are often alcoholics and beat their wives.

The pedestal remark always caused me wonder how I could knock myself off?!  Those shibboleths never sat well with me. They served as a jumping off point for my own 1950’s style rebelliousness, which primarily was about going places I didn’t tell her about and having a secret boyfriend for a while who happened to be Irish Catholic.  He was my first real crush.  It had to be hidden.

Someone saw you speeding down Lincoln Street late at night.

Why don’t you call your cousin Betsy?

I did not have parents who assured me that I could be anything I wanted to be. Mothers of that era just knew that wasn’t true. As a child, I never dreamed of being anything but a dancer . Once that dream ended, nothing replaced it for a long time.  I was encouraged to become a teacher, because,

It’s a good job for a woman.

When I went off to Miami to  teach school after college, Mom told me she’d feel a lot better if  there was someone to look after me.  It wasn’t a great endorsement for self sufficiency.

On the other hand, I thank my mom for my many things that she instilled that continue to enrich my life.

As soon as you get up in the morning, you must get dressed.  No lounging.

It’s just as easy to do something right as it is to do it wrong.

You’d never want to trade your problems for someone else’s.

If you can’t say something nice about someone, don’t say anything.

I know I get my appreciation of beauty from her, as well as my attention to detail. Her generosity knew no bounds.  She could be fun-loving and together we often had wonderful, laugh-filled times when we became each other’s best friend.  For every special event in my life, I would receive a special piece of jewelry; pearls when I graduated from high school, rings made of garnet birthstones for my birthday, an antique pin when I had my first baby. 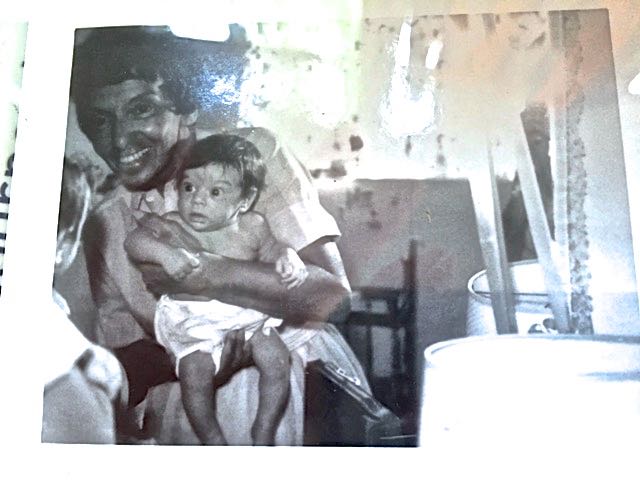 When I lost an infant to SIDS, it was my Mom’s words that would bring me consolation.  Whereas my mother-in-law, told me after a few months of grieving ,that I should move on, my mother told me that everyone processes grief differently and no one should tell me how I should be feeling.  I kept those words close to my heart for years.  They brought me a lot of comfort in a time of inner turmoil.

Towards the end of her life, I remember standing by her bedside for quite some time one evening, when she was quite ill with Alzheimers, but still living at home.  She had stopped speaking by this time. My own heart was breaking, but I was desperate to connect with her. I held her frail familiar hands in mine and said what was in my heart, “I love you, Mom.”  There was quiet for a few minutes.  Then came her reply, which I hadn’t expected.  It moved me deeply.  “I love you too.”  Those were the last words she was able to speak to me.