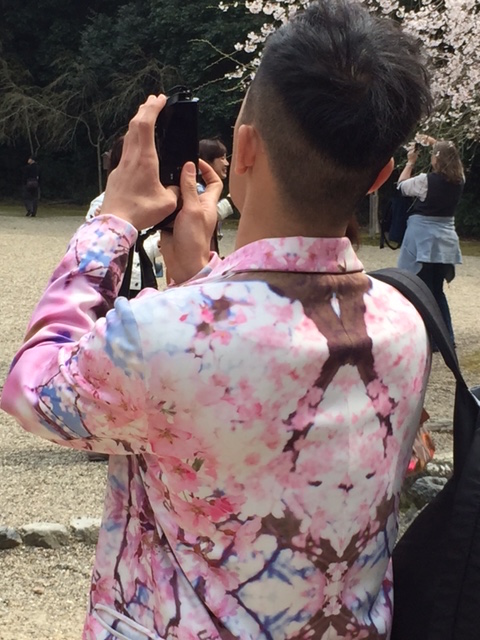 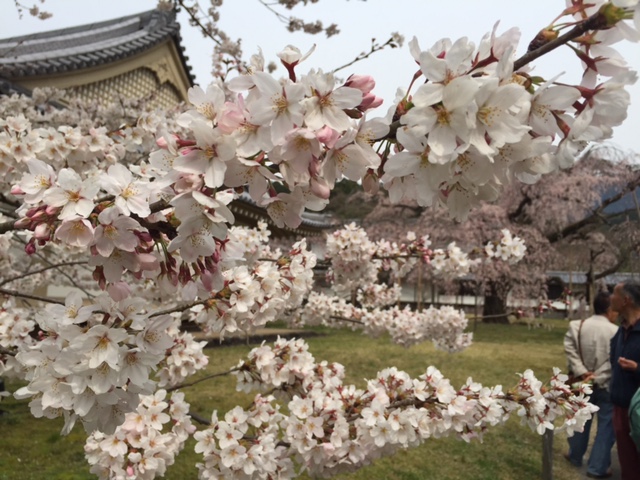 We (The trees and I) peaked today.  My insatiable appetite for cherry blossoms is seemingly satiated.  Cherrymania was at its most intense today when we traveled a bit out of town to visit the World Heritage Site Daigoji Temple, on everyone’s best-dressed list.  The weeping cherries at this temple are mostly an irresisible delicate pink. They cover acres of vast temple grounds. Many are over 700 years old.   Their dazzling presence casts a spell,  leading you on as if in a hypnotic trance, from one tree to the next.  They’re all beautiful. Each has its own identity, just different enough so that you don’t know when to call it a day.  Our steps were light in the morning when we arrived, but hours later, after taking in so much springtime effervescence, the air went out of the tires! I diagnosed Hanami overload!  At one point, I uttered the unthinkable:  I don’t think I can look at another tree!

What did people do before the use of cell phone cameras?  Hanami is a centuries old custom here, dating back to the 8th century.  Did the earlier observers make drawings, paintings, or just commit the dreamy visions before them to memory?

Our way of viewing special moments now leaves little to memory alone. We crave evidence. Cell phone cameras make it all possible. Each of us has become an amateur photographer,  getting instant gratification with one little click.   Amusingly, we like the camera focused on ourselves almost as much as on the setting. I watched with fascination as pretty young Japanese women would automatically assume  a wistful, sweet, dreamy, gentle expression when getting ready for a photo. I imagine this is a specific genetic expression assumed when posing in front of sakura, that has been transferred for centuries from one generation to the next.  The women would position themselves so they could tenderly touch a blossom or two, or peak out from behind a lacy branch. Their expression would be impossible for a foreigner to emulate! NO, I didn’t even try.

Below, pink souvenirs of the season. 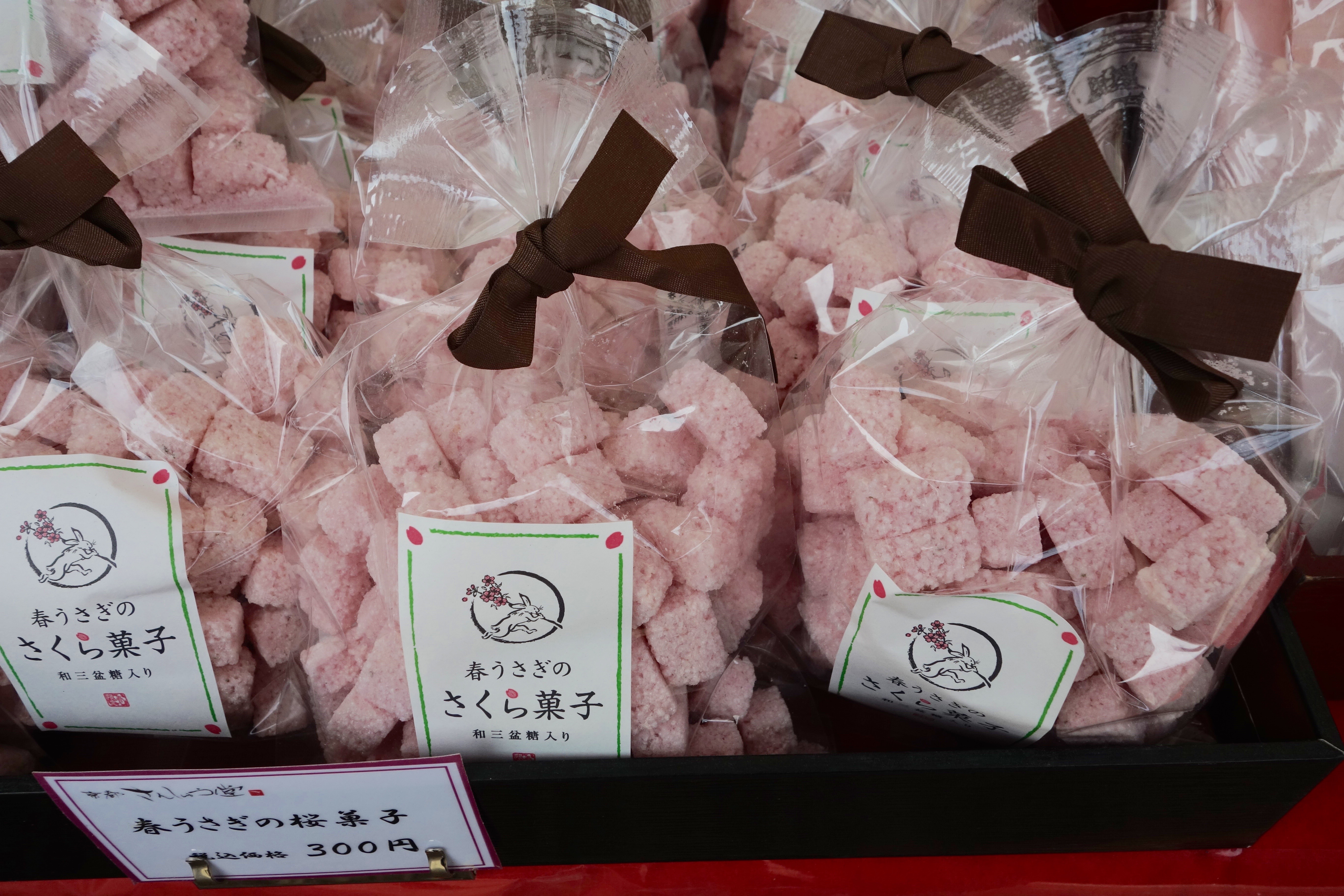 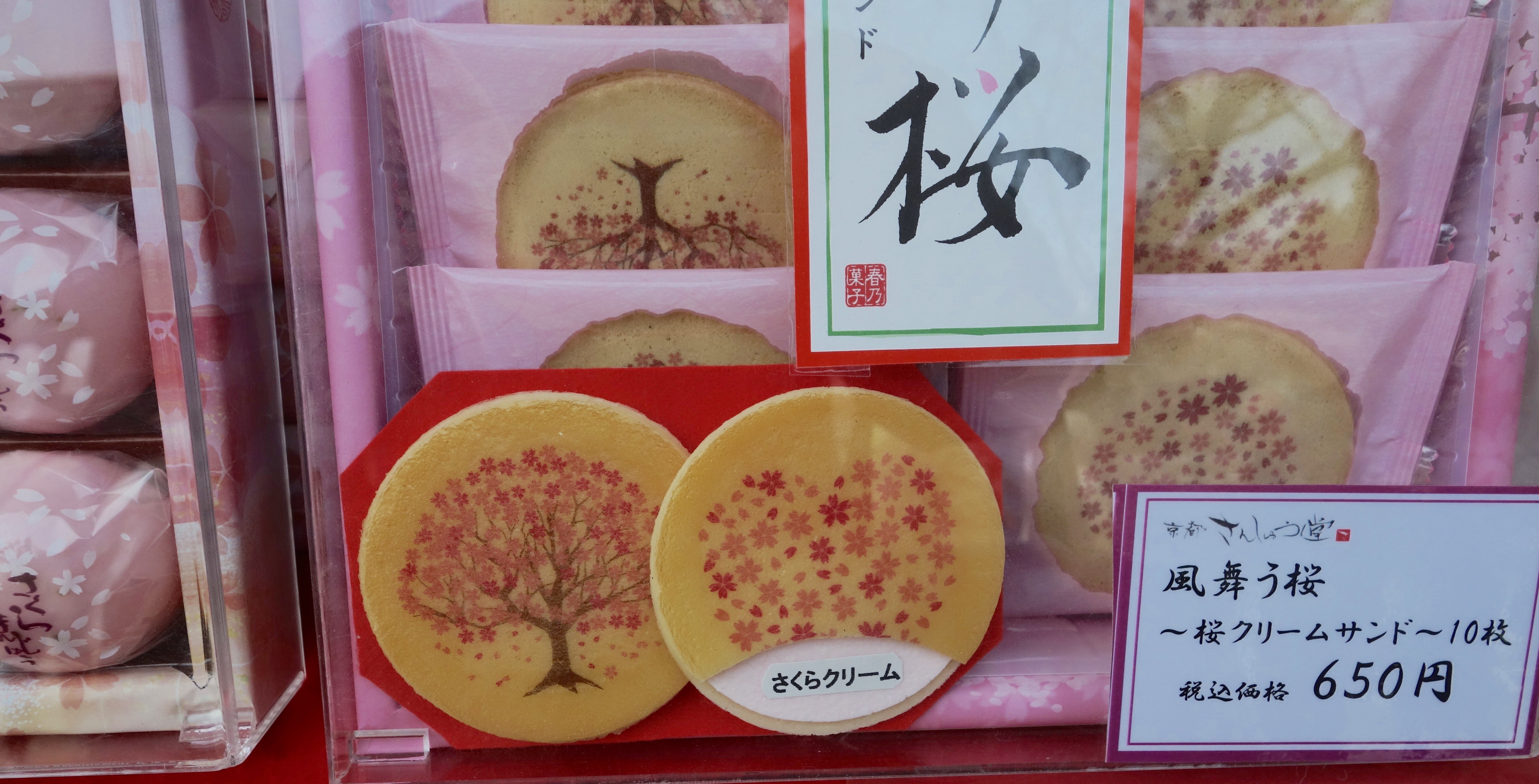 As usual, the children steal the show! 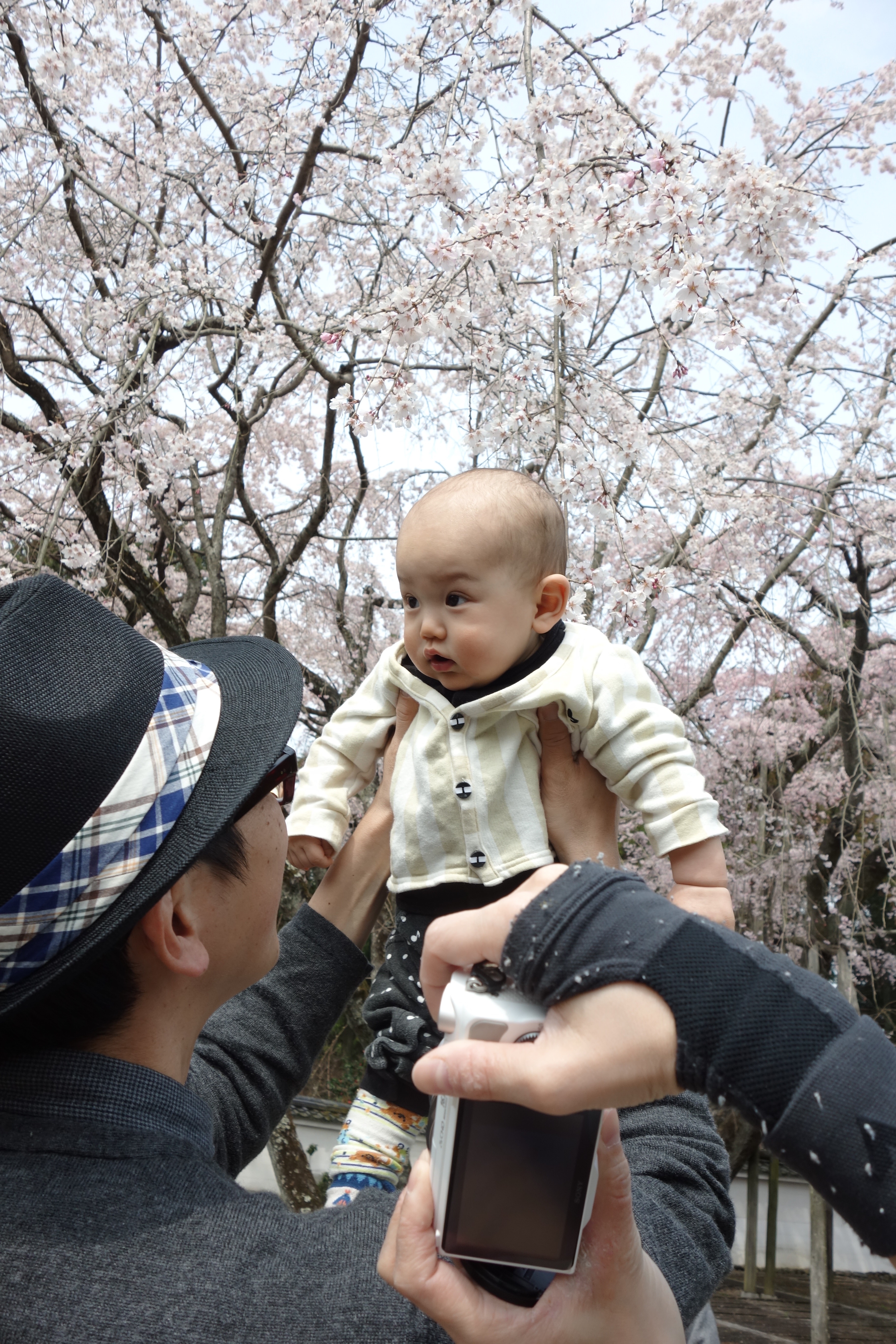 This group of little girls, all dressed beautifully for the occasion, taking delight in what must have been a photograph of themselves. 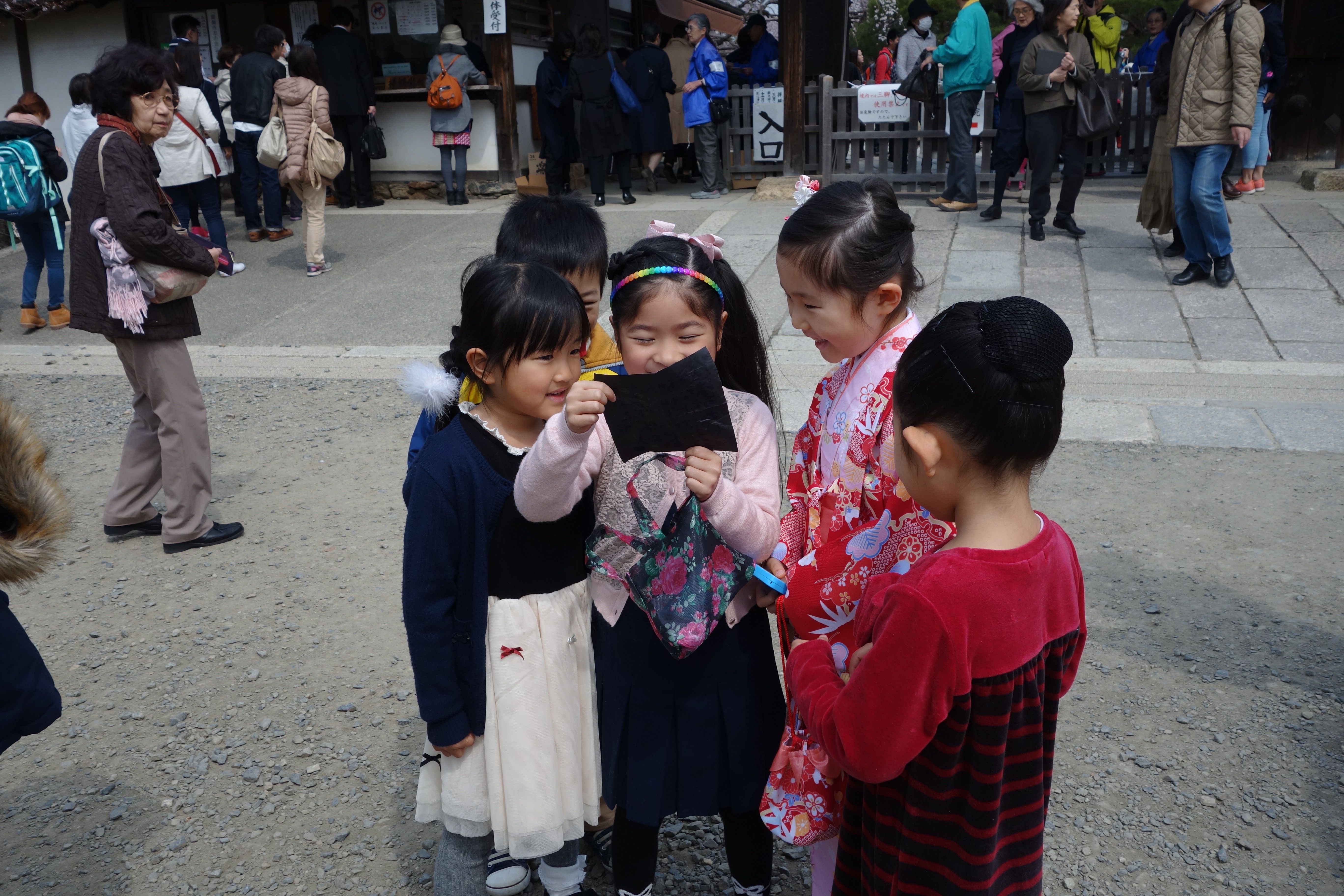 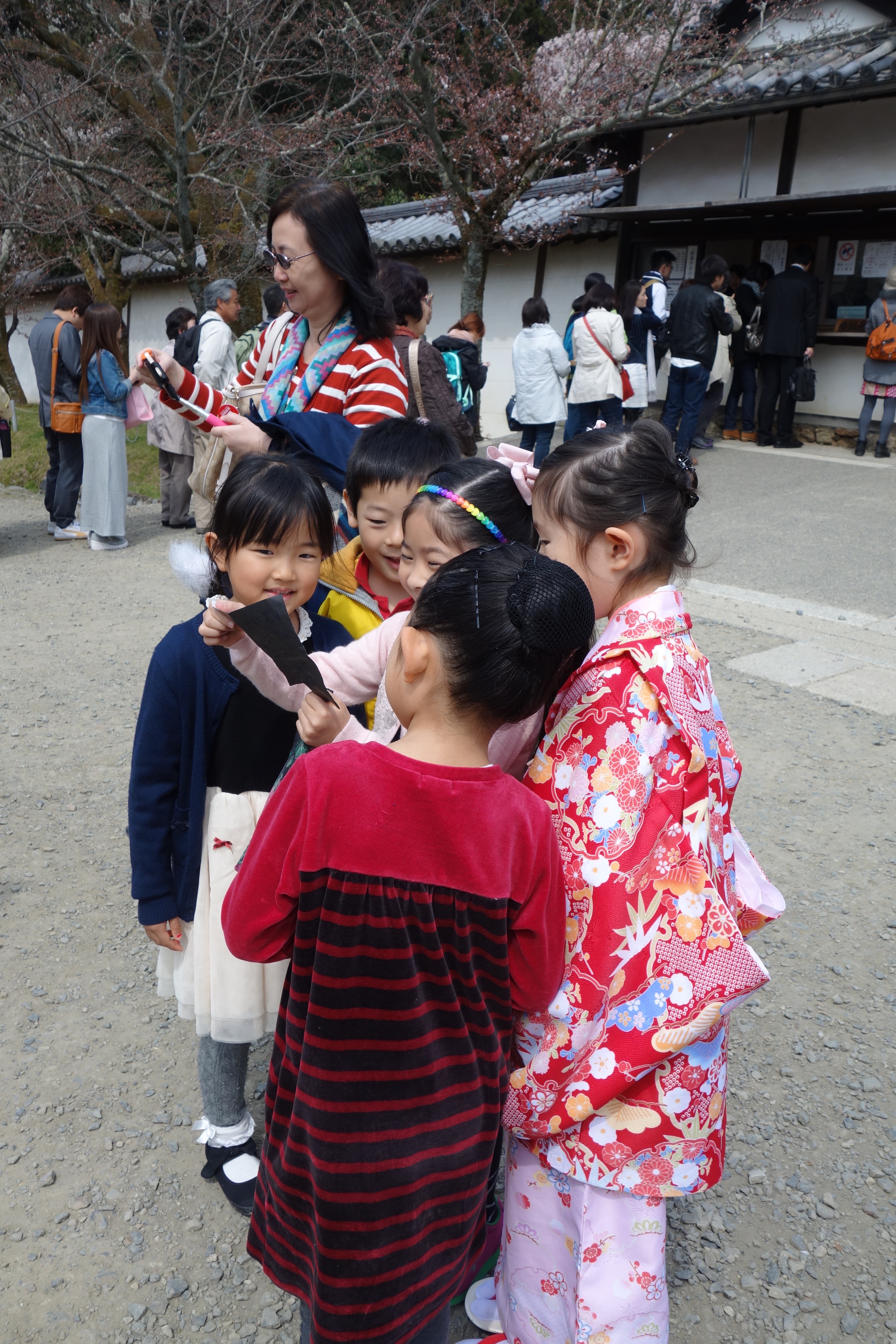 This young man won my award for “Knowing What to Wear.” 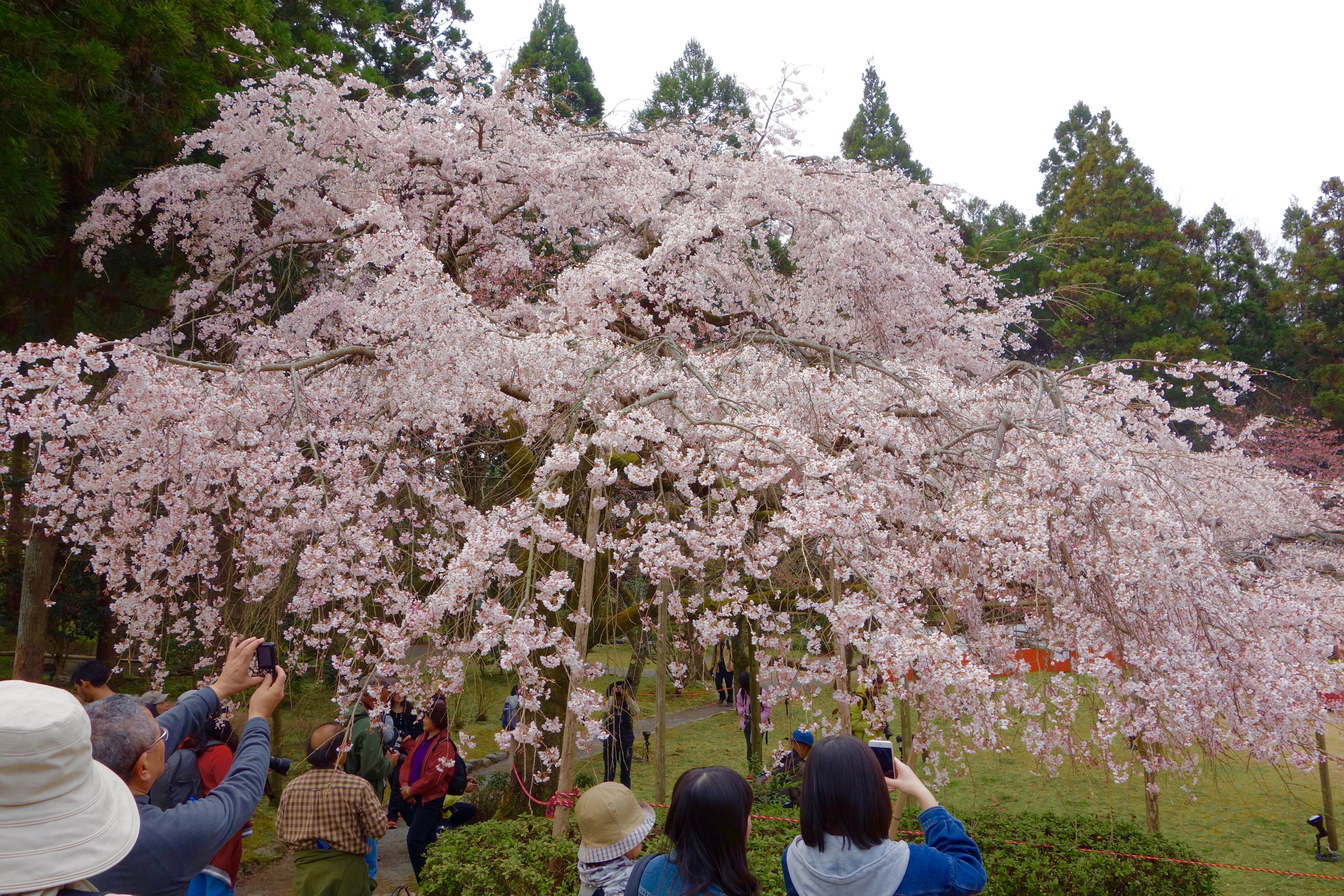 We followed the crowds, took our pictures,.  At some junction the procession became tiresome and yet I was reluctant to leave.  We started to feel like the old Alka Seltzer ad from the late 60’s, I can’t believe ate the whole thing.

Before we departed I had to take one last photo of an ancient tree.  It seemed to signify the strength,endurance, yet fragility of this world of ours. 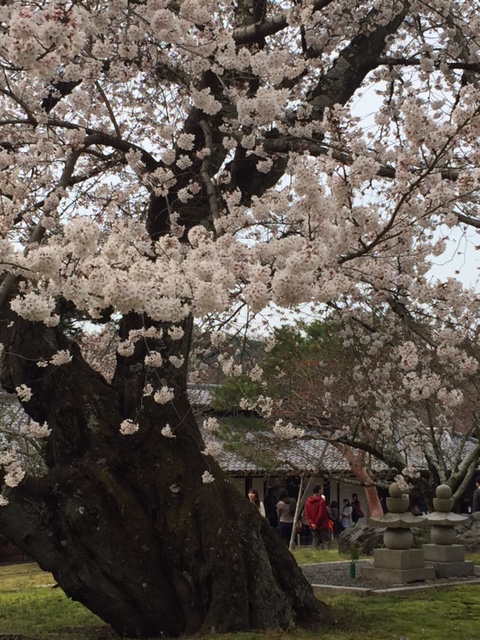