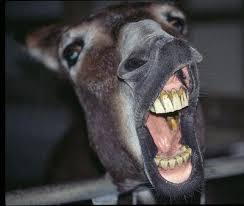 Soon after we climbed into the taxi on our way to Kyoto station, the driver suddenly twisted around to look at us and gruffly ask, “You like Trump?”

Our driver was fascinated, hearing an English word, he’d never heard before.  He mulled it over for a few seconds, then quietly asked our Japanese friend, sitting next to him, what does this mean?  Our friend, who speaks English quite well, was at a loss to translate.

The driver kept playing with the sound of the word.  Every few seconds he would say, quite loudly, in a deep baritone voice, “Jackass!”

Danny tried to use his newly installed iphone translation app to find an equivalent word in Japanese. So now, from the backseat, Danny kept shouting into his iphone, “Jackass!”  Danny operates complex electrical devices on the theory that if he just keeps pushing enough buttons, usually with more and more gusto, eventually something will work.

This quickly became a call and response exercise, between the driver in the front seat and Danny in the back. They went back and forth, each repeating the word “Jackass.” Each never lost interest in the word.  Each time Danny didn’t get an answer from his iphone, he’d shout a little louder.When the driver heard Danny shout, the driver used it as a cue to repeat the word, I guess so he’d not forget it, or just because it felt good coming out of his mouth.

By this time, we all began to laugh, but the one word dialogue continued for several more rounds.

At last, the app responded.  Jackass is a borrowed English word, with no Japanese translation. It is pronounced jacka asu.  Our Japanese friend provided the driver with a few Japanese synonyms, so he was able to get the gist of things.

As we left the cab, the driver eagerly told us, “Next time I have American passengers, I tell them !”

We suggested he use discretion.