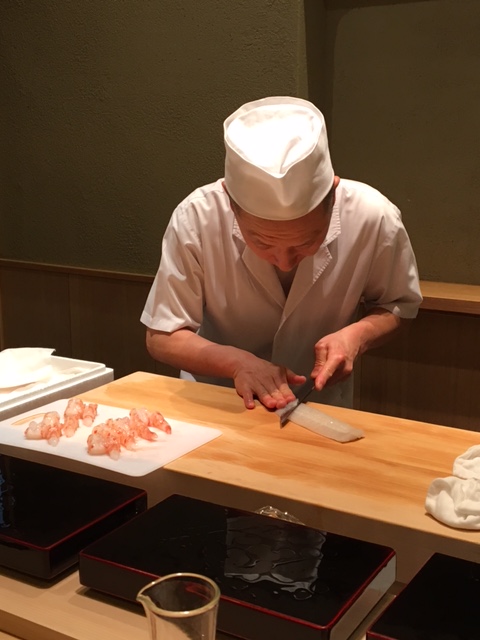 When my husband looks for restaurants for us to try while in Japan, he leaves no stone unturned.  So why was I so surprised by the reservations he managed to secure at three unbelievable sushi restaurants in Kanazawa?

Some back story.  Sushi is best consumed and celebrated when you’re near the large bodies of water the fish have been taken from.  Get away from the coasts of Japan and there’s not a lot of sushi. At least that you’d want to write home about. Kanazawa is on the Sea of Japan and is known for its fine sushi restaurants.  Just how fine we learned in three consecutive nights of an over-the-top sushi-fest.

The resemblance to anything we’ve known before begins and stops with the word sushi. It doesn’t really prepare you for the experience that awaits you in Kanazawa. It’s like suddenly jumping from elementary school to a PhD degree, or going from rhinestones to diamonds, or from a crappy but useable car to the perfection of a new Mercedes, from a neighborhood church to the Vatican, or from a small town theatre to Broadway.

At the third and final night of sushi-fest, we find The Sushi Master is a slight man, dressed all in white.  He spends  two hours feeding seven of us seated at his broad, light wood, impeccable counter. No fish is displayed here.  There are no stains on the wooden counter. He tells us that he spends two hours each night scrubbing down the counter. No music plays in the background.  The atmosphere is serene, with no distractions. It’s about fish.  This is prime time, baby. 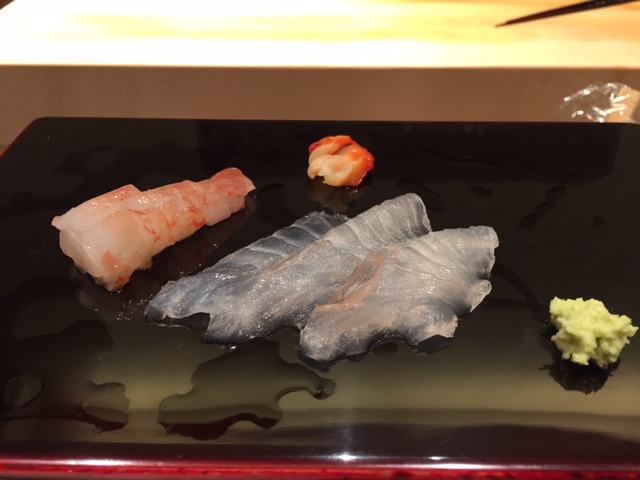 The only items on display are the gleaming knives, sharp as samurai swords! The freshness of the fish is indisputable.  The chef travels each day to the Noto Penninsula to buy his fish, 65 miles each way.  The standards here are as high as they get.  We know immediately we’re in the hands of an expert whose hands have the grace and fluidity of an Indonesian temple dancer.  We learn he’s been a sushi chef for 26 years.  Respect. 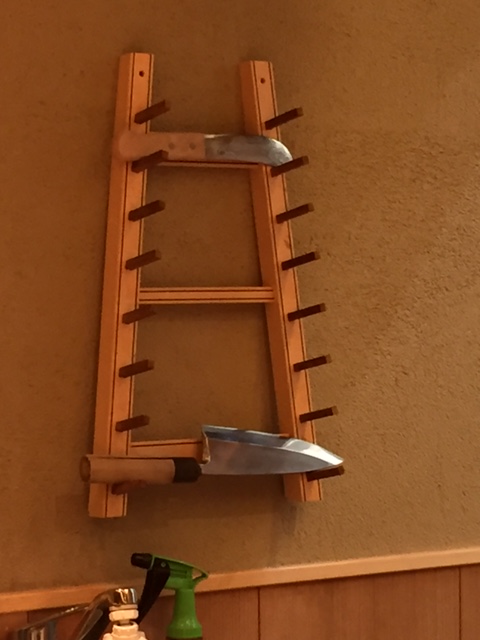 Leave any squeamishness at the door. Choose a fine Kanazawa sake and let the evening begin.

These are the notes I took so that I could remember some of our many courses, since no pictures were allowed, although we did get a few before the edict was spoken. We received specific eating instructions from the chef before each course, such as which sauce to use, when to salt, or when not to add anything.

Three Japanese women sat next to us at the counter.  As each course was presented, they collectively made a distinctly Japanese sound of appreciation, which to an American ear sounds like eeeeuuuhhhh, starting low,tone rises just a bit by the end of the sound.  I think you have to be native born to carry that sound off with any authenticity.  I’d never attempt it.

Fugu gonad.  Yes, gonad. What size was the fish, I wonder? 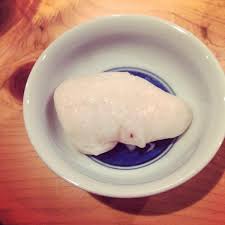 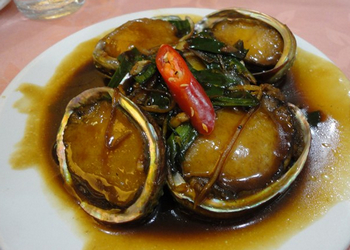 Boiled abalone . 2 days worth of boiling.

Salt grilled fish, with salt from the Noto Penninsula. 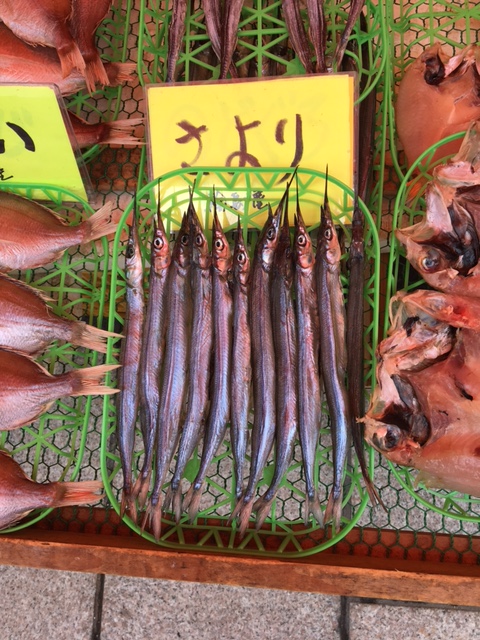 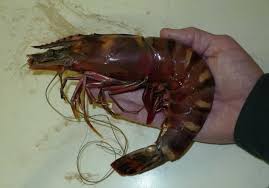 Grated fresh wasabi, with each course, when appropriate. 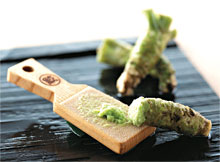 After all this fish we have consumed, I must admit to feeling a bit on the glutted side.  Well, maybe more than a bit.

It’s been a privilege to sit at the counters of these masters, although I do think I’ve been spoiled for life.