Are You City or Country???

Some things about yourself change during a lifetime , others remain remarkably consistent. But then, some day you are likely to find, as I have,  that what had pleased you so consistently doesn’t bring as much pleasure as it once had.

I knew I was a “bi” before there was a name for it. I fancied myself part city mouse and part country mouse.  Maybe a little more city.  Now that I’m “older,” the life of the country mouse seems more appealing than ever and the city mouse routine is loosing ground.

My original city side liked the glamour, the energy, the cutting edginess of the big city.  I was particularly enamored  by the style, and the diversity of choices.  The city made my mind expand with ideas and experiences that I’d seldom, if ever, find outside the city..

When I was a teenager about to travel into NYC, I would think carefully about to wear.

No matter how carefully I chose the outfits, in my own mind, I never made the grade. Now, I feel pretty comfortable in my own skin, and NYC has grown a lot more casual and forgiving.

At last, I don’t much care what other women are wearing, because it’s simply become irrelevant. By the time you’re in your 70’s, you’ve become largely invisible to the world of fashion, and have been for decades. That can make shopping challenging, but it’s also liberating.

Regarding the Big City world of food, I believed religiously that there was no place  better to eat than in NYC.  Now, I continue to enjoy the restaurants here, but detest the noise that literally bounces off the walls and floors.  Tables are too close together in this land of precious real estate.  Conversation can quickly become impossible if there are more than two people sitting next to you.  It’s then a game of endurance and the pleasure is gone.

Once restricted to Jewish environs, bagels are now available  just about everywhere. As youth, coming to NY meant eating a classic corned  beef or pastrami on rye.  Now, attempting that feat is an invitation to indigestion that could last and torture for an entire afternoon.

OK, for live theatre, dance, and museums, NYC is unbeatable, but now there’s lots of inspiration online too.

For me, there’s too much ugly concrete. Too many buildings with the name TRUMP on them. Way too much traffic.  Too many luxury apartments towering over the city.  Too many people. Too many close calls.  On a daily basis, I come close to getting run over, be it from a reckless taxi driver turning into the pedestrian crossing or from a hell bent bicyclist riding the wrong way down a one-way street.

So, I guess it’s no surprise that when we took an overnight trip to the NW Connecticut countryside, it felt like entering paradise. Here, the true charms of early summer easily revealed themselves. 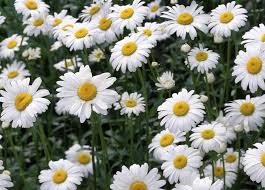 By the ponds, marshes and lakes. Admire the wildflowers clamoring for attention during their brief growing season. Vines of wild raspberries and blackberries, clumps of daisies, pale pink clusters of mountain laurel, forests of ferns, all vying with each other for the title of Best in Show.  My country side mouse was grateful for the relief from the turmoil of the city. Deep breath in. 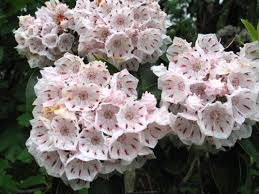 And last, but not least, there is the quiet. Quiet. Quiet, only interrupted by the gusts of wind in the trees and the birdsong.  Deep breath out.

Green was the silence, wet was the light,
the month of June trembled like a butterfly….
~Pablo Neruda

The Mystery of Memories