A Walk in the Woods

Many long years ago, when I was struggling to raise children in their teen years, I read an article entitled A Walk in the Woods written by the grief-stricken mother of a teenaged son.  While I have never had a great memory, I’ve never forgotten her words.  The story feels as relevant today as it did when I originally read it.  It’s the age-old story of children gaining their independence and going off into the world that repeats with each generation.  The angst of the parents who remain behind is the same, as is the eagerness of the children to be let loose. 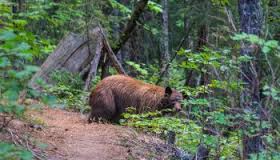 The son of the writer had just lost his best friend, killed in a horrific traffic accident.  The friend was one of the several boys injured or killed while driving recklessly after a round of drinking.  The author’s grief was an acknowledgment that there comes a time in the raising of children when they go off our radar screens;  a time when they must take “a walk in the woods.”

It’s a time when we as parents cannot follow them, nor can we see them.  They are on their own.  All we can do is prepare them by telling them what they will need in the woods. Life survival skills. Resilience, determination, a sense of humor, creativity, trust, etc.  Then we must let go.

We must wait for them on the other side.  That can be tortuous.  Remember, cell phones won’t work.

We can take comfort while they’re out of sight that we’ve prepared them well.  But, there are no guarantees.  We must trust that the lessons we’ve taught over the years will serve them well and that they will emerge safely from the woods.  They might have a few bruises, but undoubtedly we will marvel at their maturity, their self-confidence and newly found sense of self.

In the meantime, while they’re in the woods, our jobs as parents are done.

Most likely, only for the time being! 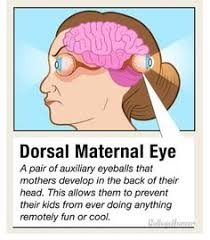 Growing Up in the 1950'sParentingAgingLife

Things My Mother Told Me