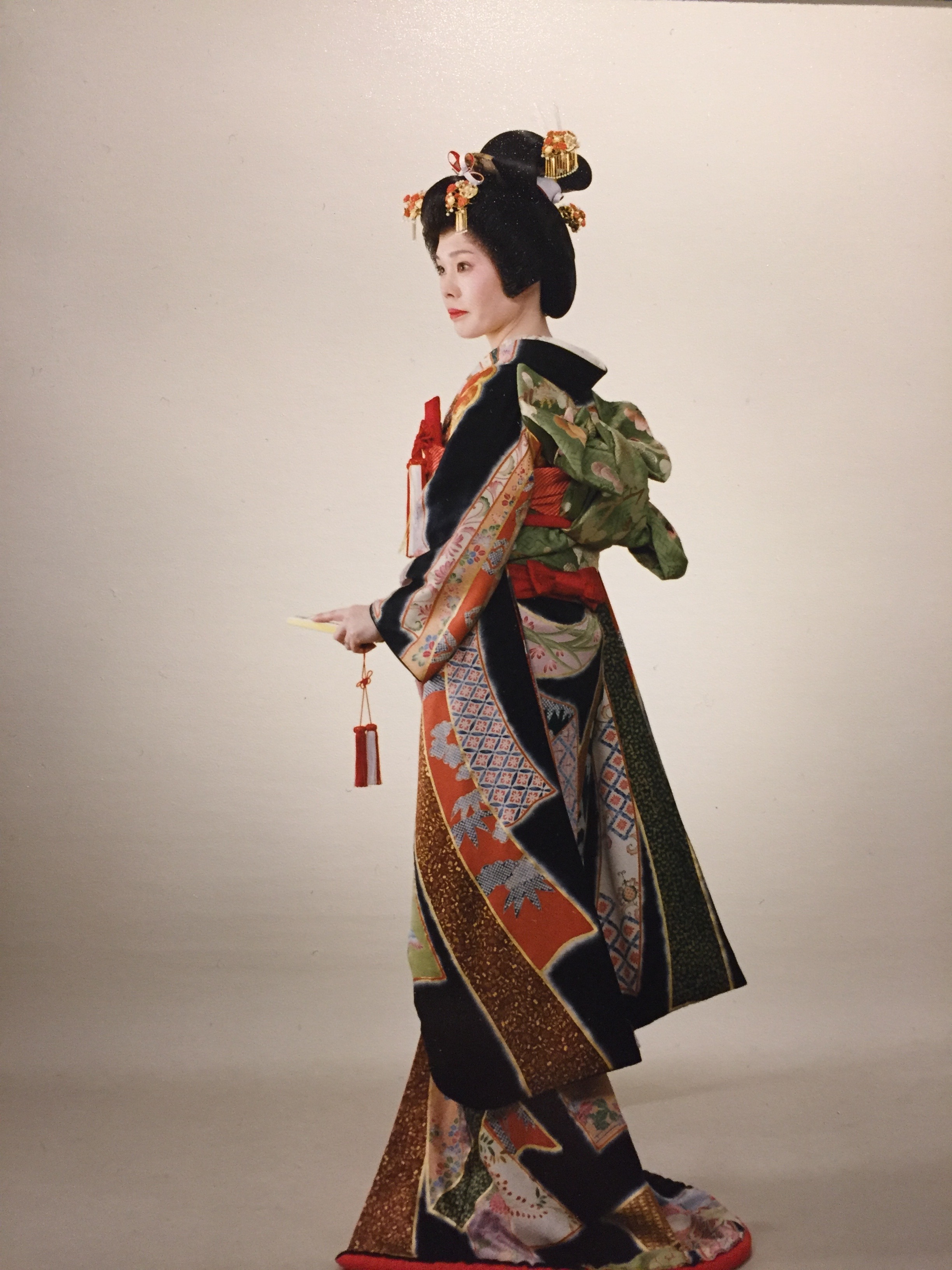 Who are the People in your Neighborhood?

My kids grew up watching and adoring Mr. Rogers. His ultra calm manner drove me a little crazy in those days, but now, I have more appreciation of his appeal.

Yesterday, he came back to visit me as I took a long walk in our neighborhood here in downtown Kyoto.  Roger’s opening song played relentlessly in my head, “Won’t you be my Neighbor?”

There’s an elementary school next door to us that  was holding an all-school rally and competition.   The playground was thronged with kids wearing either a red, white or blue hat.  The events went off like clockwork and continued the entire day, each one announced with the beating of a large drum .  The kids were giving their all and knew exactly what was expected of them.  I opened my window wide as the children did a school wide cheer, song and dance to kick off the event. It was impressive!

There were hundreds of kids, somehow staying all in unison. I decided to go down to get closer.  Here the kids are practicing their moves. 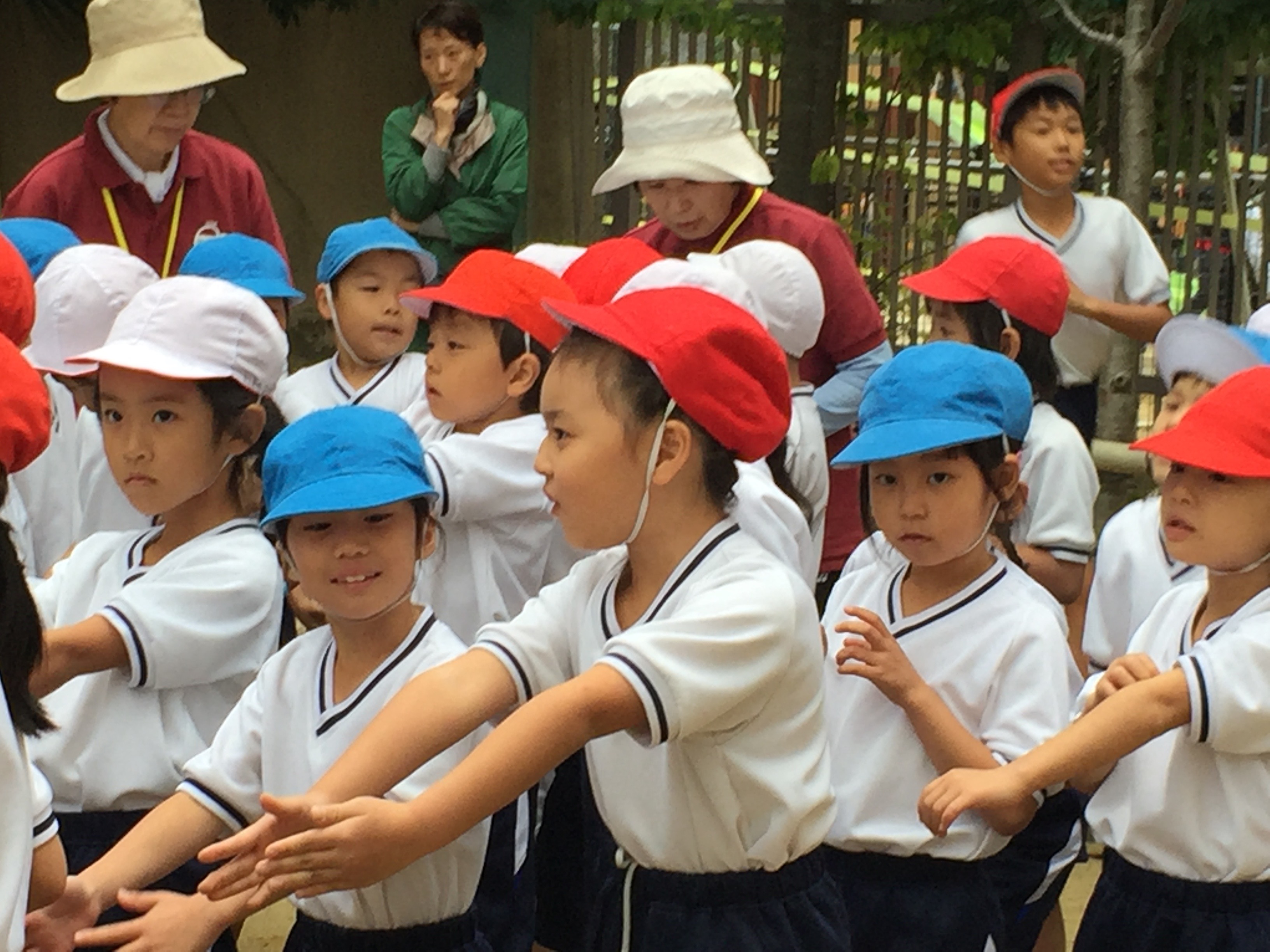 Whenever a teacher needs control, the kids are told to squat and do so immediately.  You see this when kids are on field trips or waiting at a train station.  Order is instantly maintained. 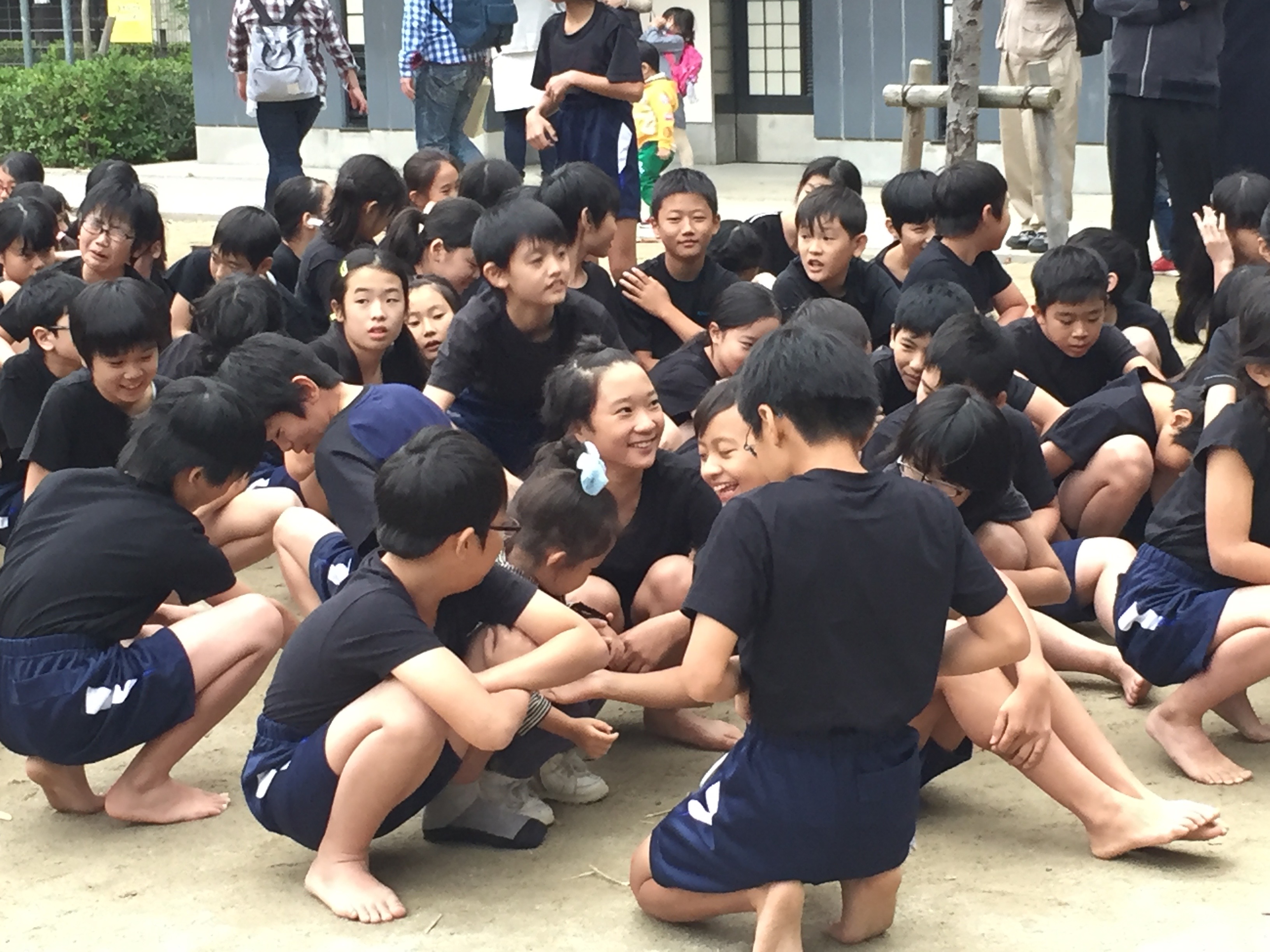 From an early age children learn how to neatly place their shoes when taken off.  I still haven’t managed to teach this nicety to anyone in my family.

I didn’t want to make any parents uneasy, as I photographed their children, but no one seemed to mind.  The kids here have a lot of freedom that parents gave up decades ago in the U.S.  I see them walking alone after school, going to stores or riding their bikes.  No one gets chauffeured. Moms bike the littlest ones to school, but they’re soon taught to be independent.  The country seems relatively safe from predators as far as I can tell, and that goes across the board.

After getting my fill of the competition, I continued on my way.

The store window of a ceramic shop. 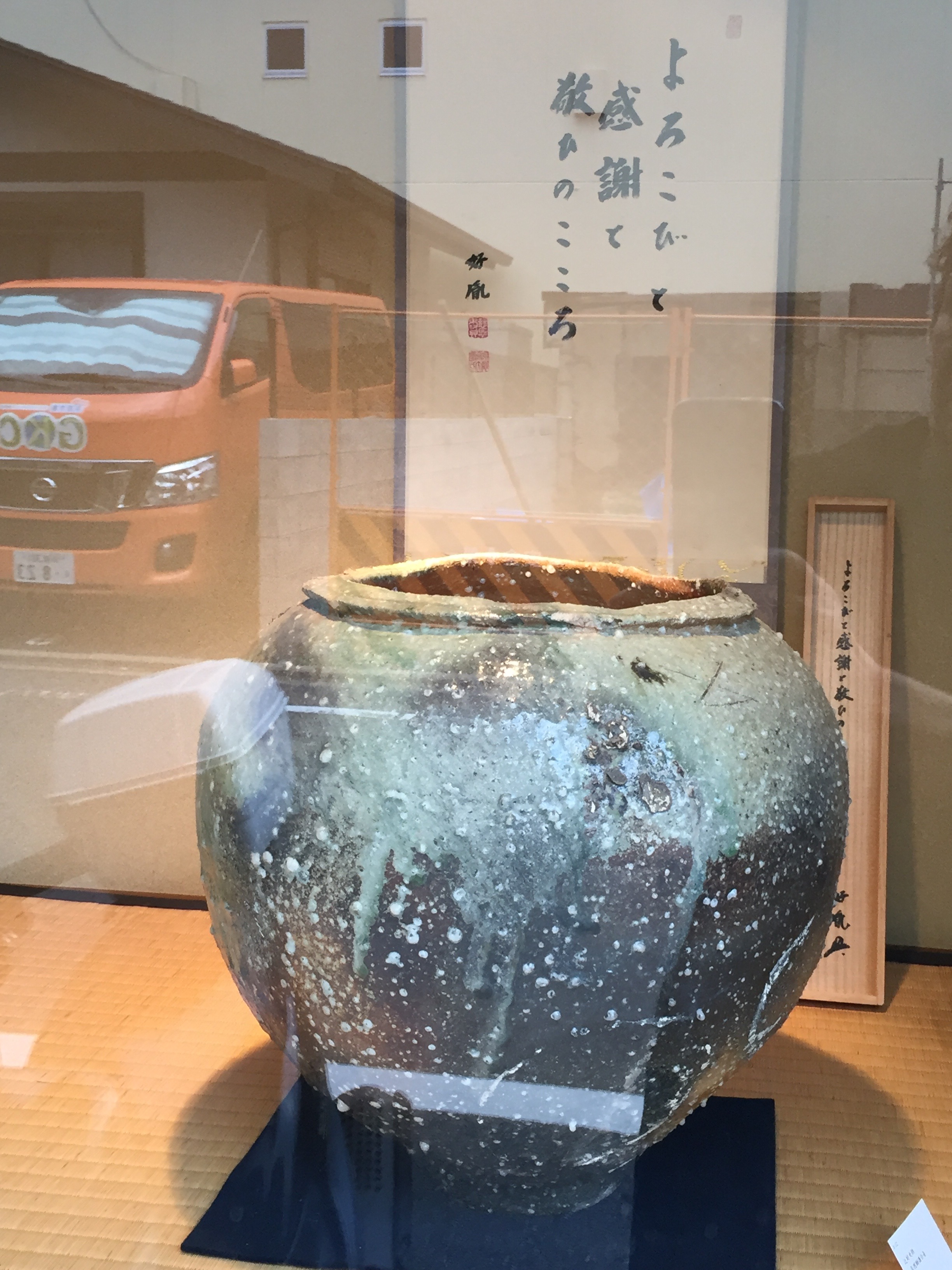 The window of a small specialty shop selling glassware. 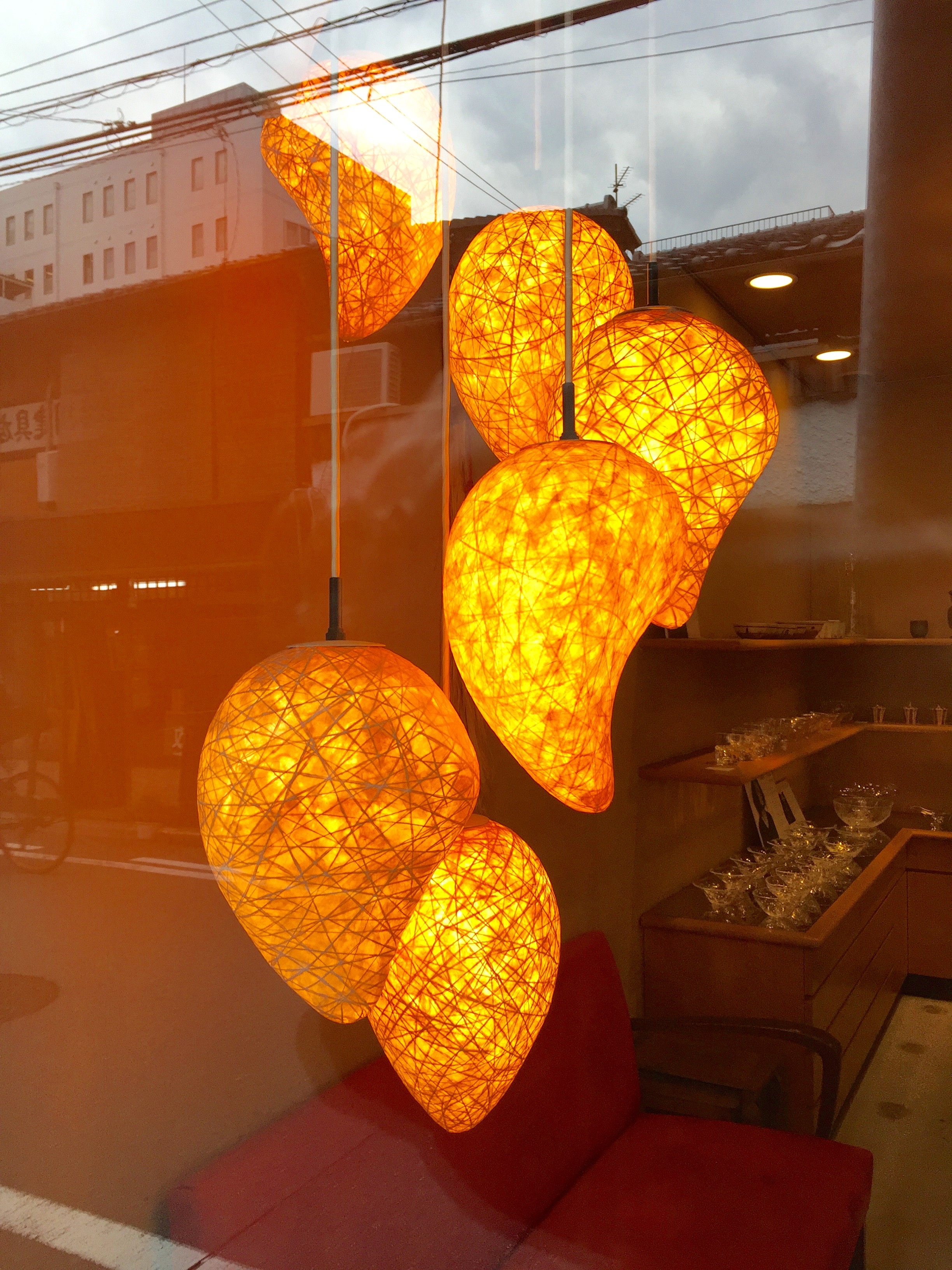 My  most exciting discovery came towards the end of my walk.  I noted a beautiful traditional style building just as an exquisitely dressed gentleman was exiting.  I was curious and came closer. ( Yes, curious about the gentleman, but I’m talking about the building.)

The saleswoman/owner? beckoned me to come in  which I was only to happy to do.  “Gallery,” she told me.  She’d gotten my interest.

Come into my parlor 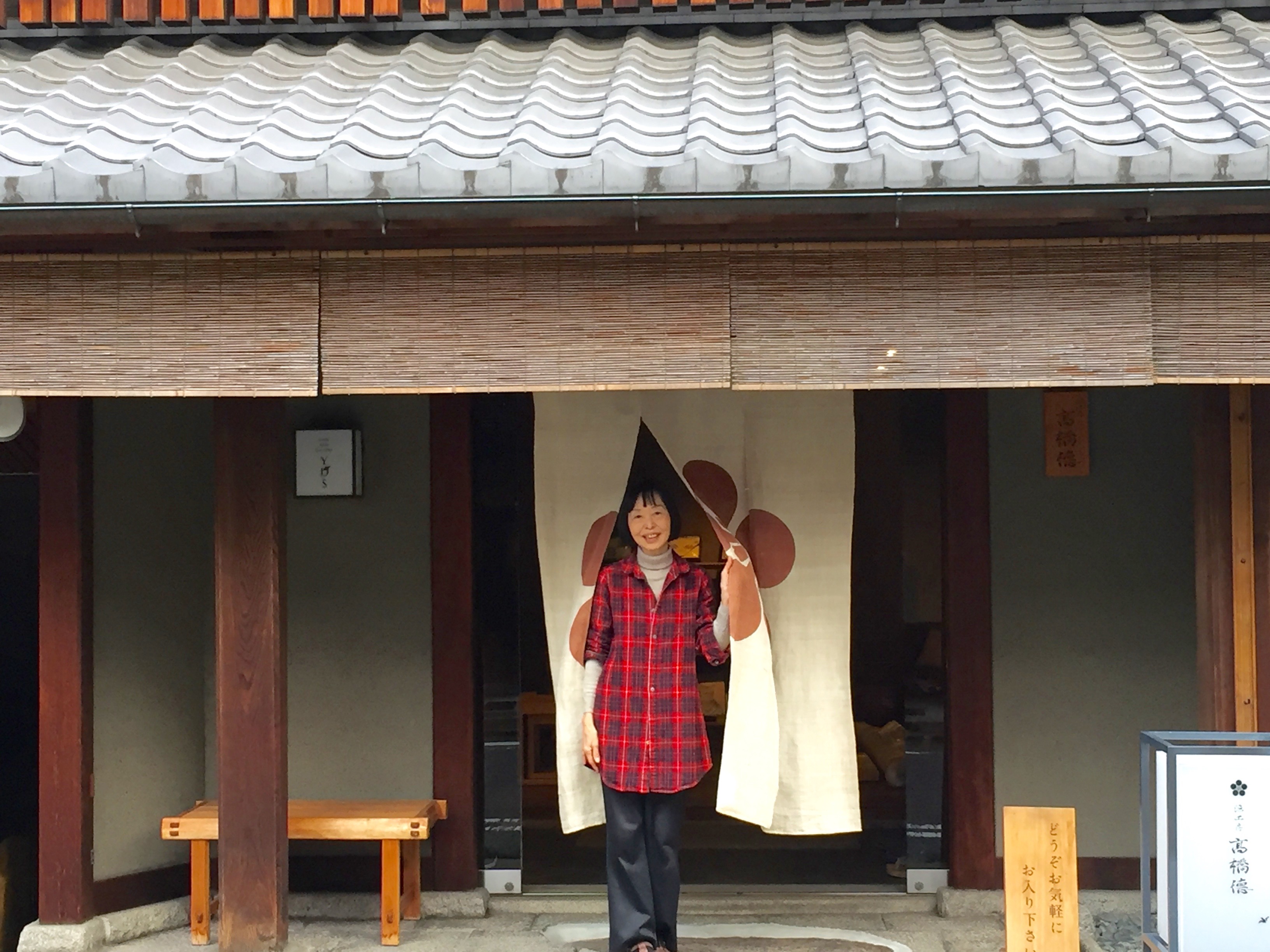 I discovered that upstairs in the building, high quality kimonos are made.  The first floor, where we were, is used as ceramic gallery.  I really have no words to describe the elegance of the space, so once again, here are some images.

The center courtyard where some of the ceramics were displayed. Note the size of the lantern!

She happily showed me an incredibly elaborate,  fabulous yuzen kimono made for her daughter’s wedding, and now proudly display at the end of a very long room. 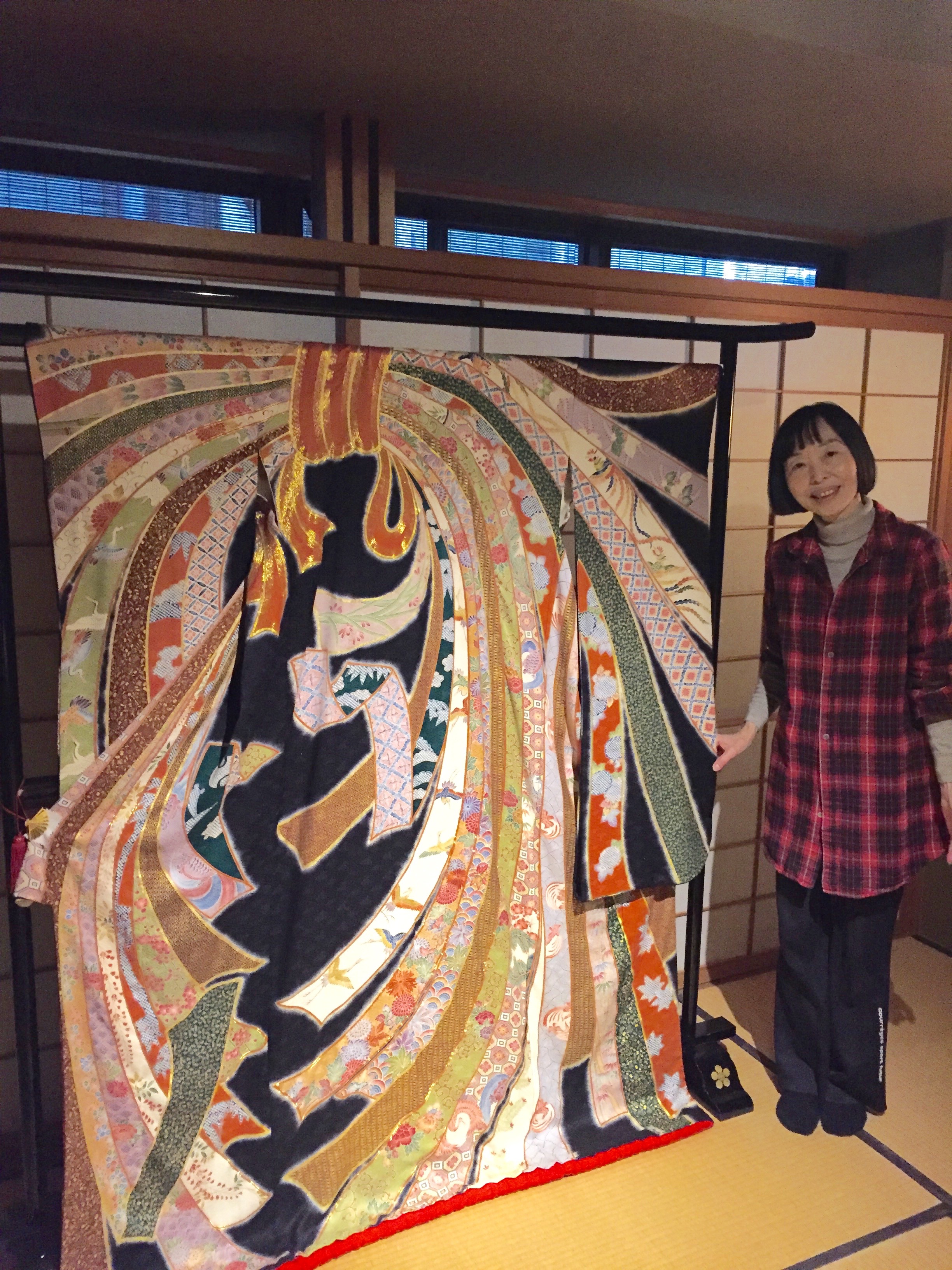 By this time, I was sated by the beauty, the evening had gotten cooler and I remembered a wonderful Korean tea shop close by. I  settled down for an exotic hot cup of Korean tea (made with many kinds of roots), and a homemade piece of pumpkin cake just to celebrate the season and the wonders of my “hood”. 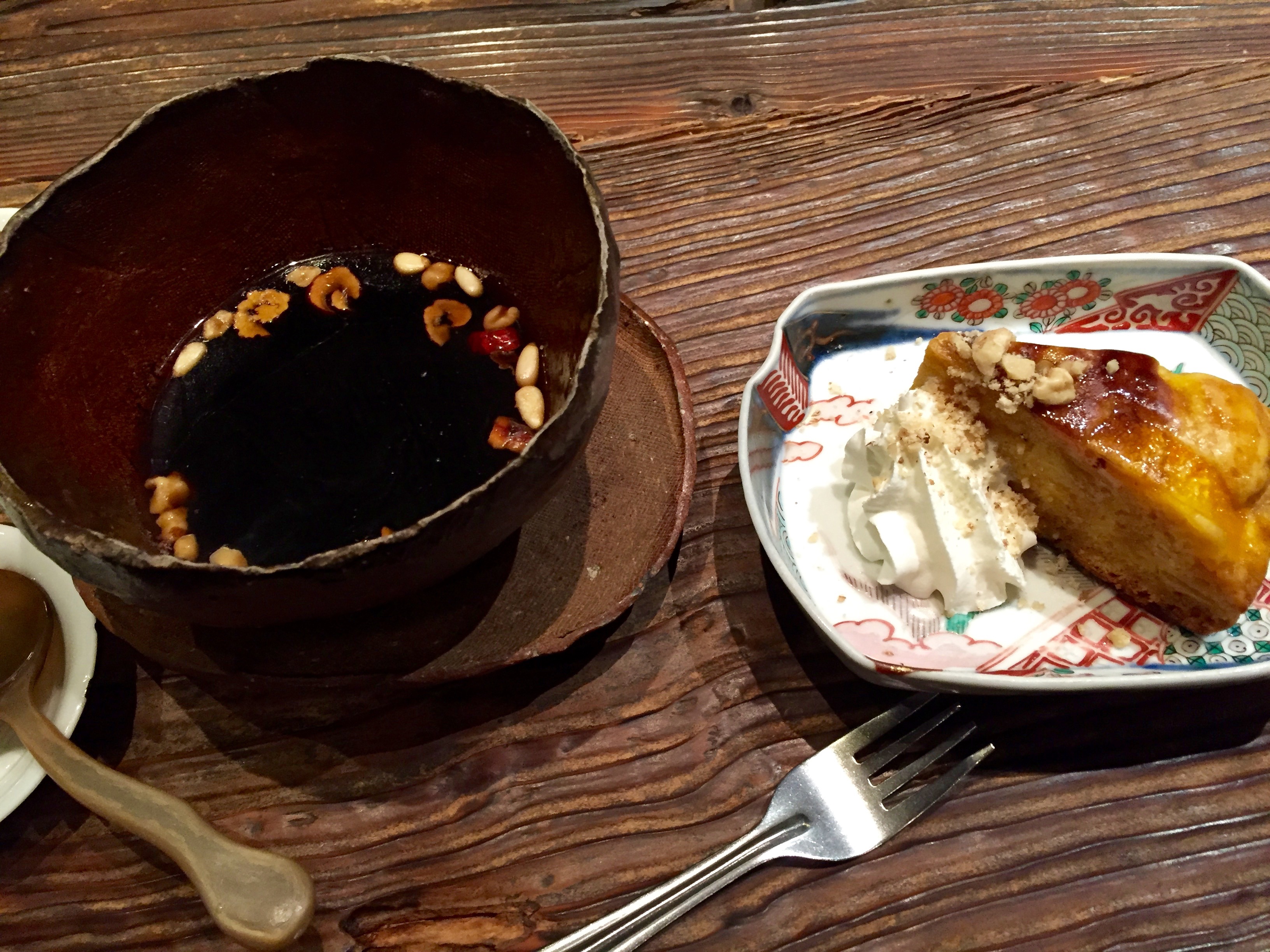