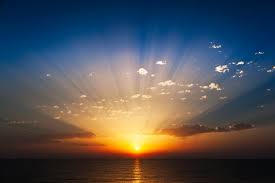 The Day the Earth Shifted

Did the earth just shift? 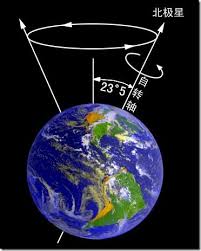 After looking over my  Facebook feed yesterday morning, I could only imagine millions of us Hillary supporters simultaneously reacting in the same way, at the same time,  when we learned that DT had won the electoral college and was now destined to become the next president of the United States.  Collectively, according to the posts I read, it was as if the breath had been knocked out of us. Then, Denial.  Confusion. Disbelief.  It was a similar reaction to  learning someone we loved had accidentally been killed.  Impossible to take in. Universal in its response.

My husband and I, who are in Japan, were at a museum.  He’s the one who, after glancing at his iphone, grimly announced to me, “It’s over.”  Knowing his tendency to seeing the glass half empty, I was sure he meant only that HRC had lost a close race in one of the battleground states.

Suddenly, we didn’t care about the museum or any other part of the outside world..  We both just wanted to retreat to the inner world of our apartment. We pulled out a bottle of sake and began to drink well before the usual five o’clock starting hour.  It only helped a bit.

This was an event of profound impact.  I know I’ll always remember where I was when I learned that DT had become the president elect.  This is a man whose MO I find despicable. He’s incapable of reflection, if he’s not at the center of it. (I want someone to cut off his colored hair while he’s asleep.)  He’s not able to bother with the distinctions of truth and falsehood.  He’s crass. (He wears bad, shiny suits!) He’s  an object of ridicule. He brings out not our best angels, but stroking and encouraging our angry, nasty, childlike impulses at self defense.  He’s the very definition of a misogynist.  He’s a vicious, snarling attack dog. He’s pathetic, really and truly. ( Melania, after Michelle?!!) How to come to terms with the fact that he and his cronies will now wield so much power for years to come?  How to stand seeing his nasty faced image and listening to him speak nonsense and lies for years to come?  How to watch the upcoming transition of power from one of intelligence and grace to one so out of control and looney tunes?

I don’t have any answers. I’ve read a few analyses of how this happened, but it’s still over my head.  I don’t want to take in the dire implications of a DT reign.  It’s almost as if he became president only by being the deranged first son in line for a dysfunctional monarchy, I still can’t imagine a rational individual from the USA casting a vote for him.

I realize our country is exceedingly complex and divided.  I now realize that large numbers of our citizens live in an alternate reality to mine.  A reality that makes it possible to overlook Trump’s toxic words and toxic behavior  and somehow see him as a savior.

I look forward to regaining my balance in my country of birth, but I am deeply saddened by the choices it has made.  I am uncertain that our democracy and our planet can survive a DT presidency.  I’m struggling to take a long-term view, when at my age, long term is all relative.  Maybe some positive changes will emerge from the coming struggles.  That seems to be the most I can hope for at the moment.

But life does go on.

When we awoke this morning, and my husband looked out the window, he remarked,”Well , the sun came up.”