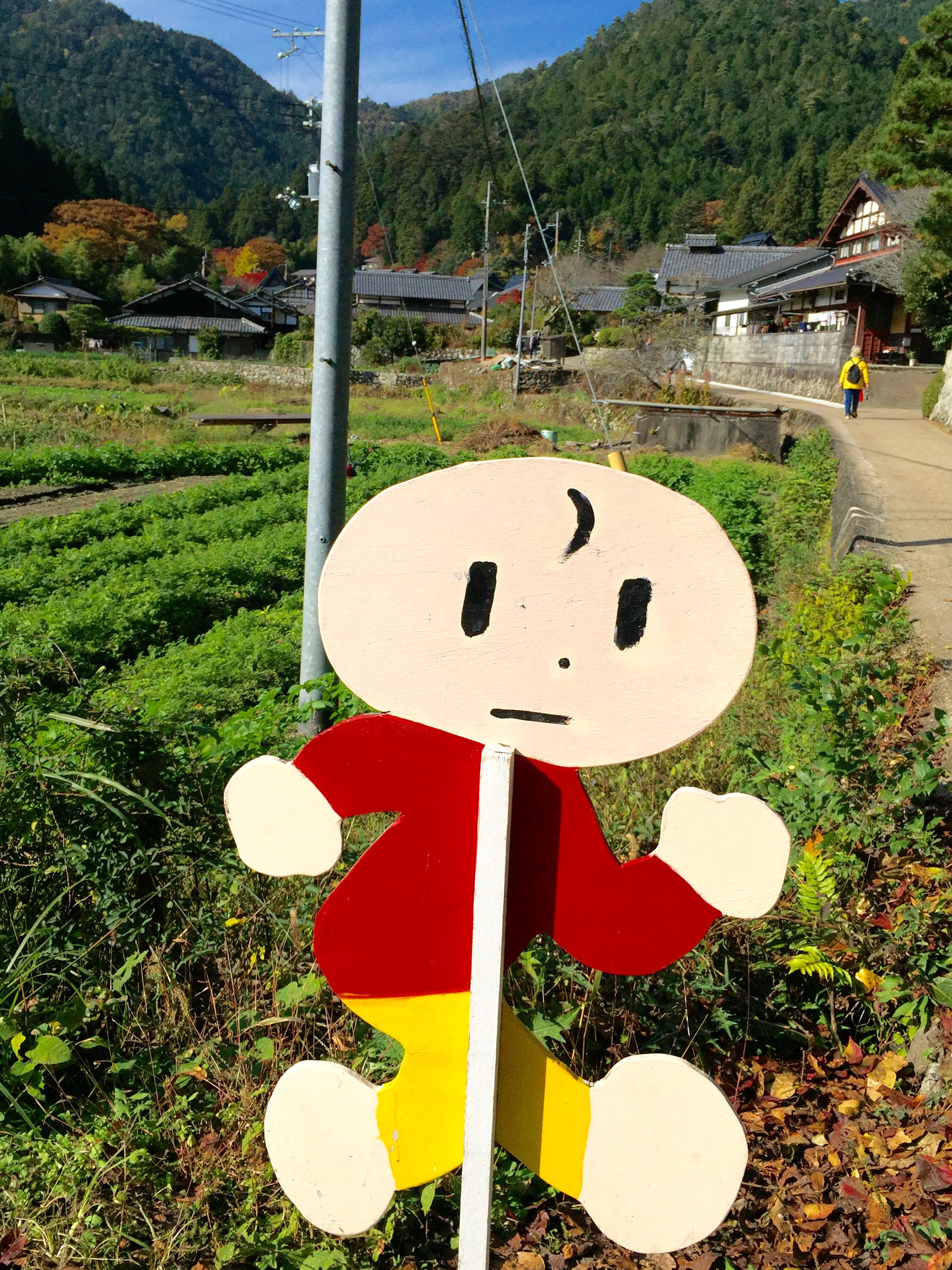 The hilly village of Ohara, in the northern precincts of Kyoto, is idyllic.  It’s one of the places that I must return to each time I come to Kyoto.  Its simple country farmhouses make a ring around a central area of fertile farmland growing rice and vegetables. At one time, this rural farm area grew most of the fruits and vegetables for the city of Kyoto.   Glimmering streams snake through the landscape.  Ancient temples watch over the proceedings of the ever changing lives of the mortals living below them. 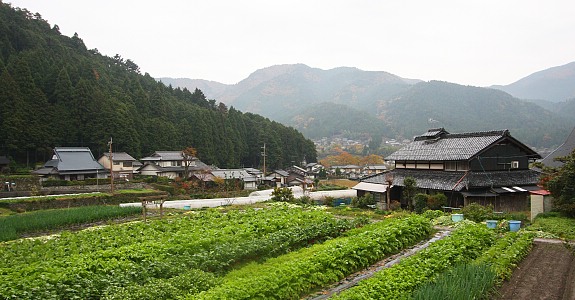 Several years ago, after arriving in Kyoto in early winter, I foolishly suggested we visit Ohara and take a walk.  A light rain was falling in Kyoto, but common sense should have told me it was not a great day for a walk in the country.

When we arrived in Ohara, it was snowing ,very cold and damp. A day my mother would have  described as “raw.” The walk quickly became an endurance test.  A friend we were with kindly suggested we stop at a nearby farmhouse that had a small sign in Japanese, indicating they served food.  What a refuge.  At the time, we were the only customers.

The large old farmhouse was owned by a young couple who had inherited the house from the wife’s parents.  She had an adorable infant strapped to her waist as she served us course after delicious course of food prepared by her husband in the adjacent kitchen.  The food is beautifully served on a wonderful assortment of antique and new ceramics.  We watched the snowfall as we happily sat behind large glass windows,consuming the heart warming food prepared for us. 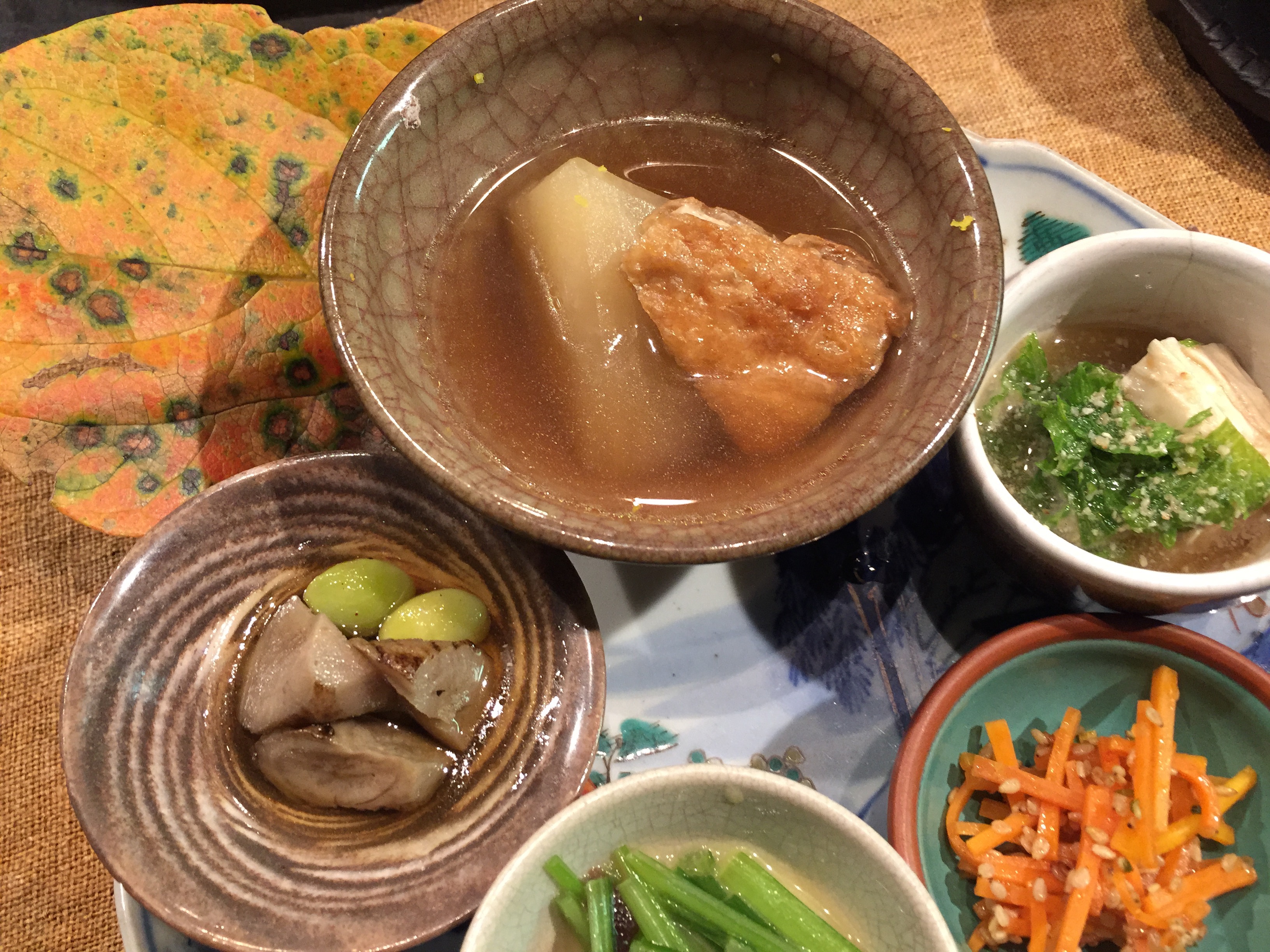 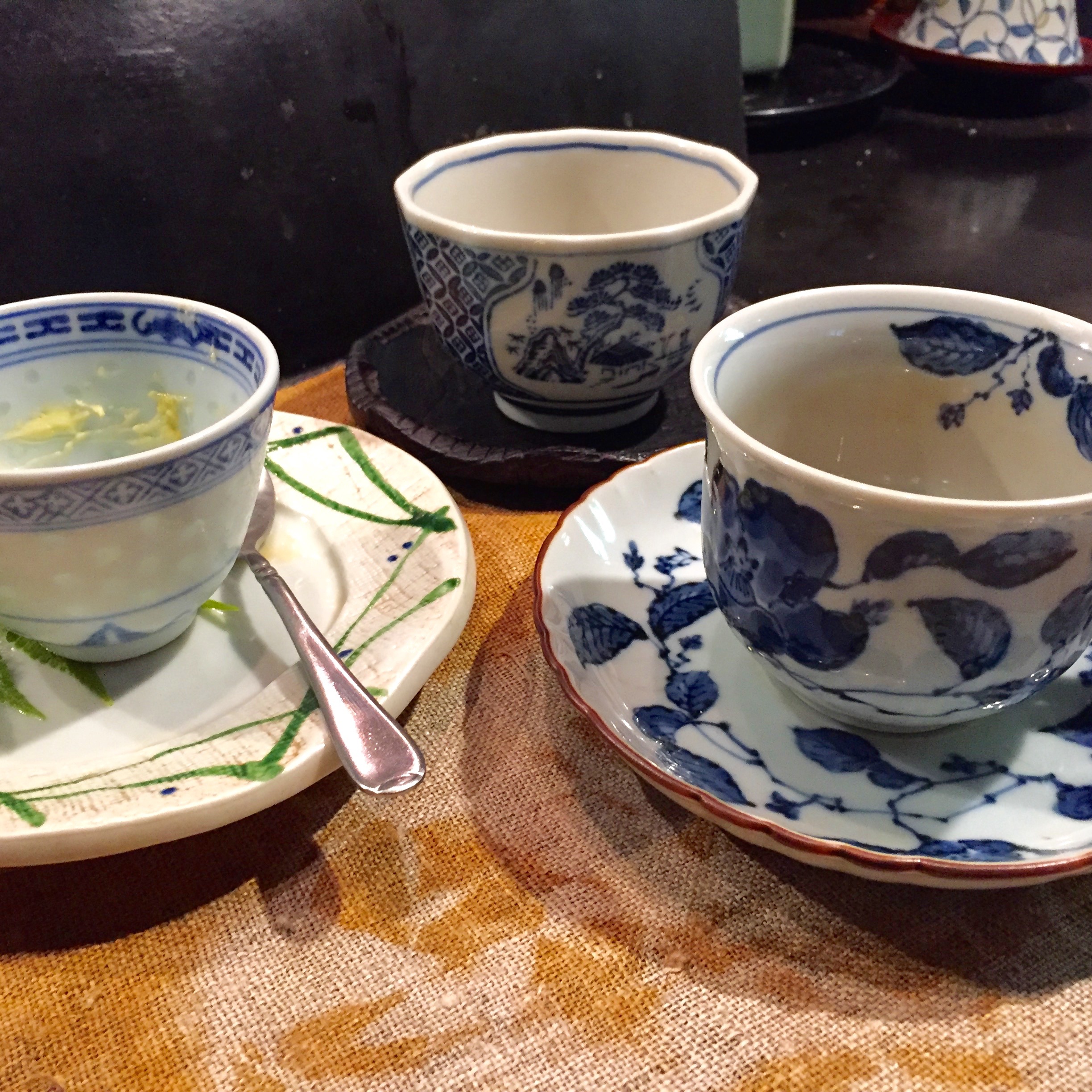 On Sunday, we decided to search again for the farmhouse, neither of us certain  just where it was.  I managed to locate it, but when we walked in, the owner told us they were all booked.  I made my plea and they kindly sat us at a counter table in the kitchen.  We determined it had been about nine years since we’d first come.  They now have three daughters and share the work of serving lunch most days to about 20 lucky people.  The husband told us, when he wasn’t cooking, he was farming, on their small plot of land, directly across the small road. 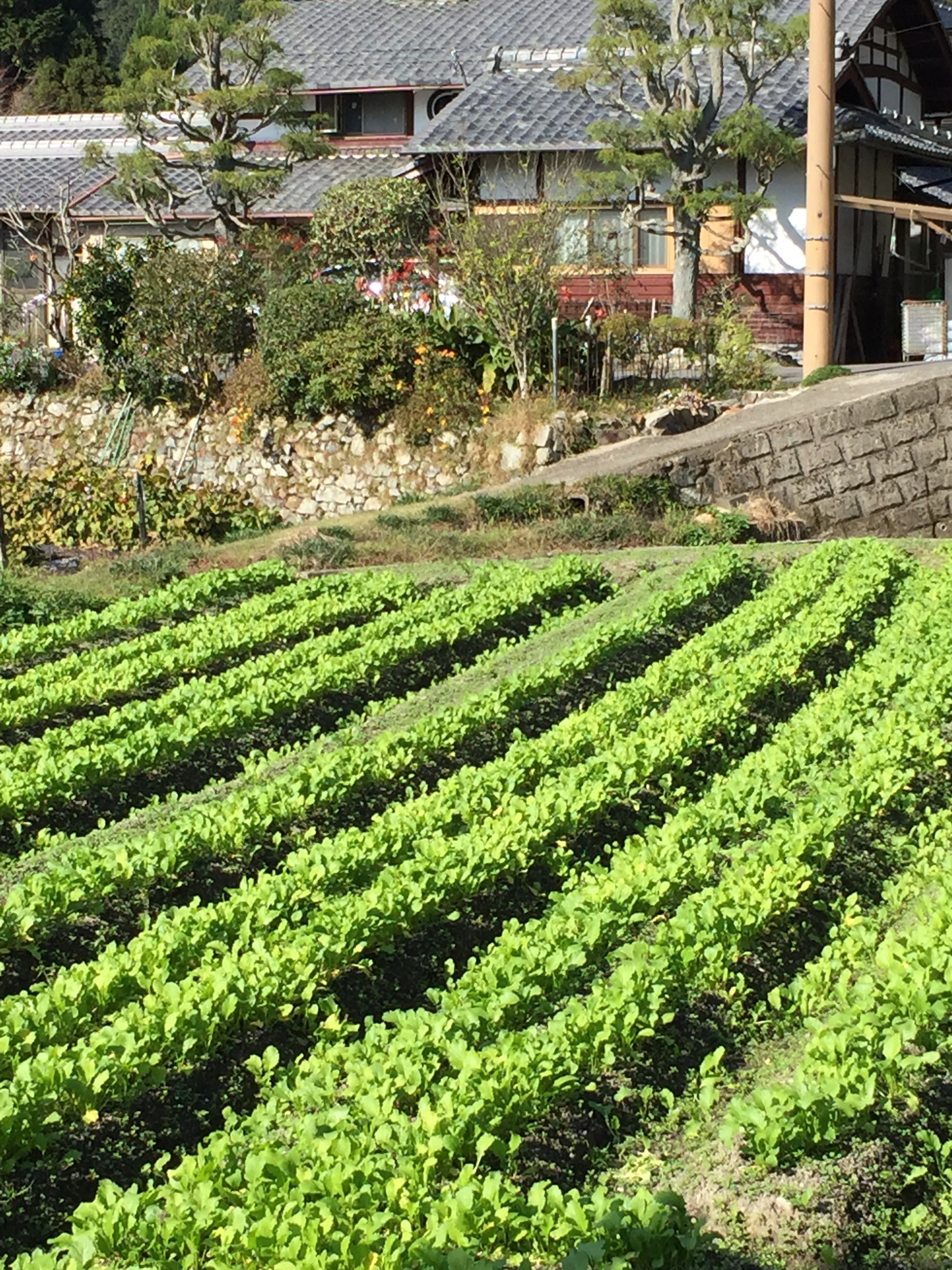 I was happy for them, although it was obvious to see how hard they both worked, she doing triple  duty as server and busgirl and dishwasher, her husband cooking for 20 people at a time, while growing the food in his spare time.  He grows organic rice too. Her parents look after their three daughters. 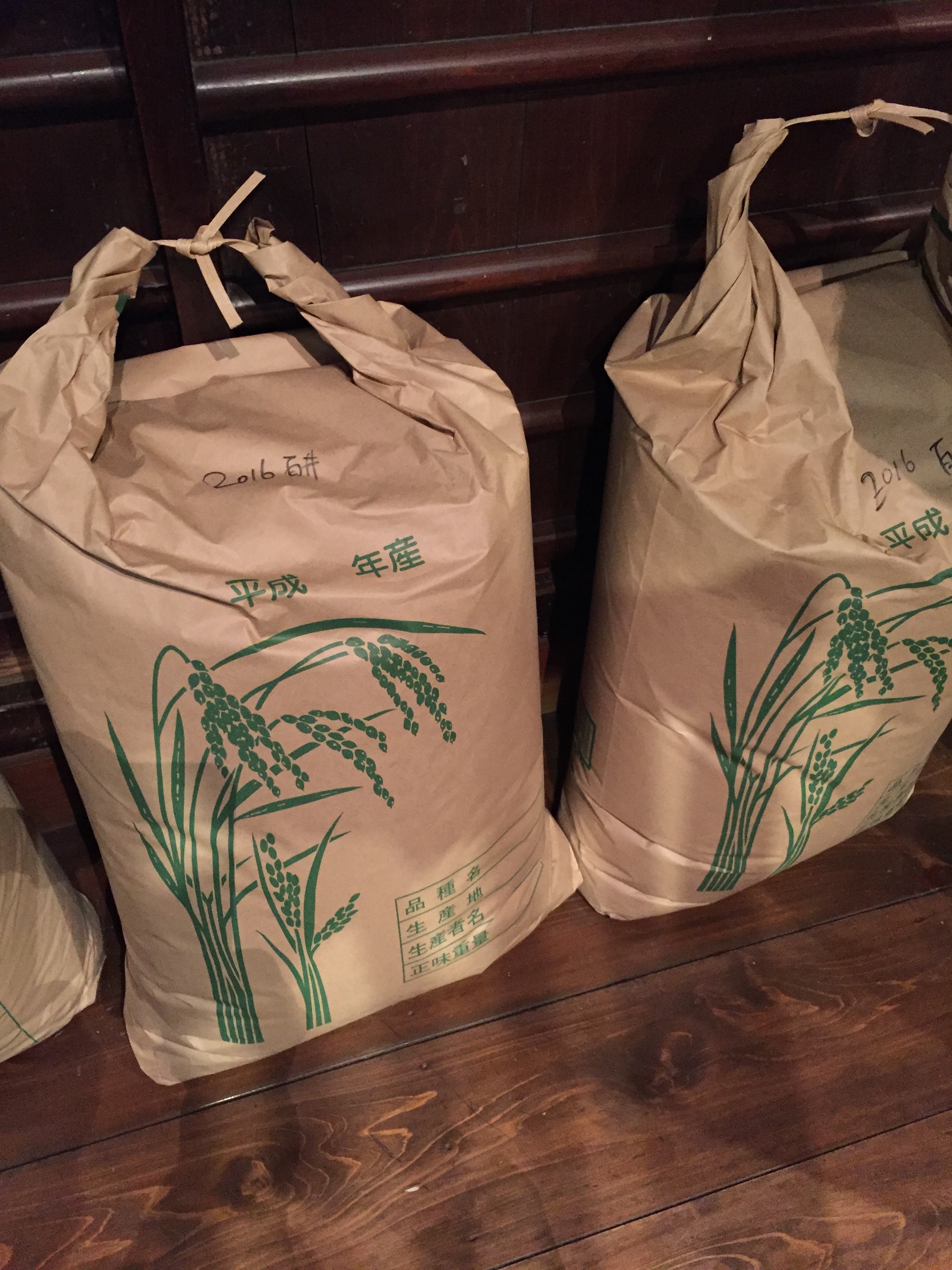 The name of the restaurant is wappado.  Open only between noon and 3pm on certain days. 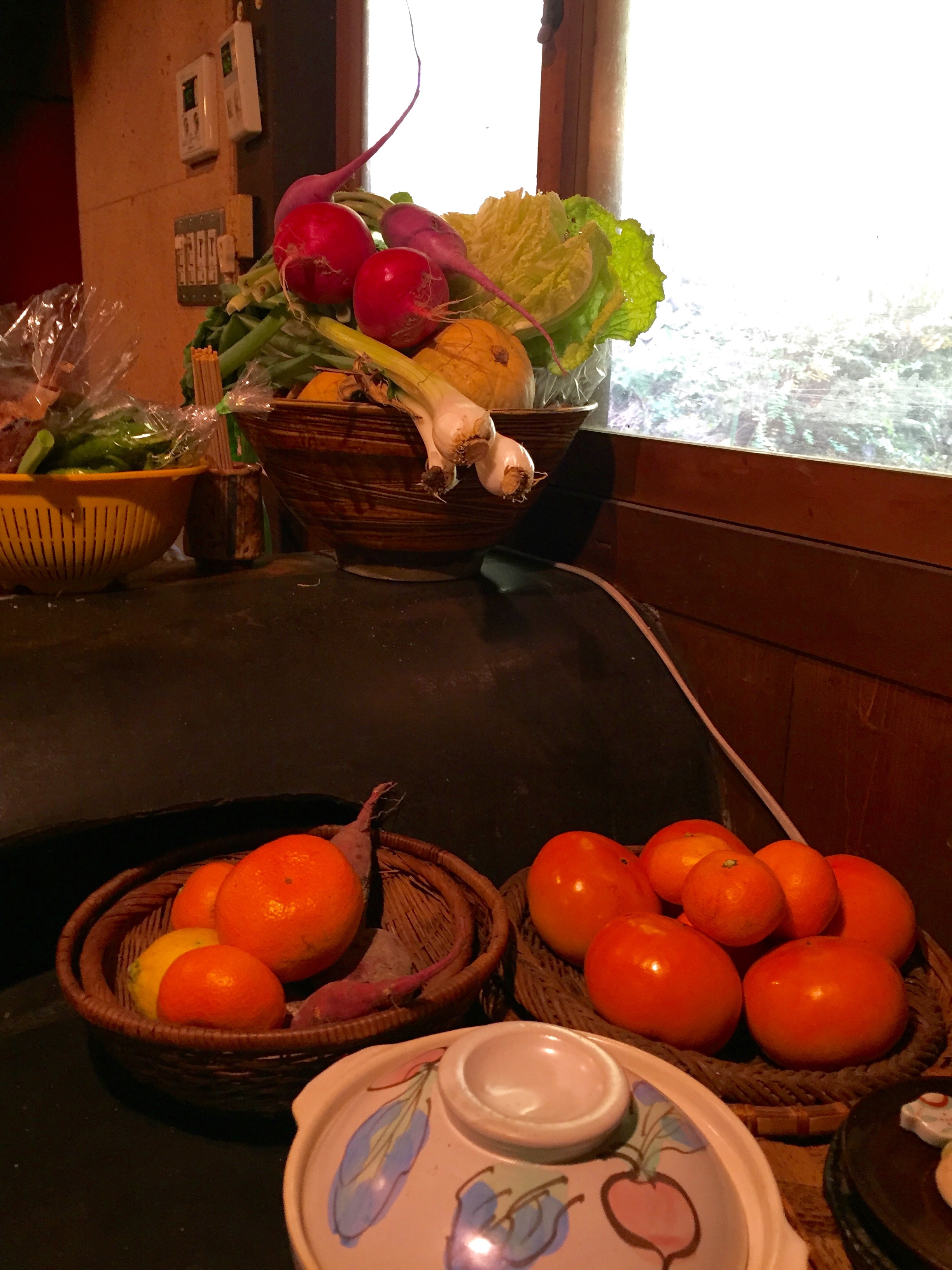 Prepare to have your heart warmed and your belly filled. 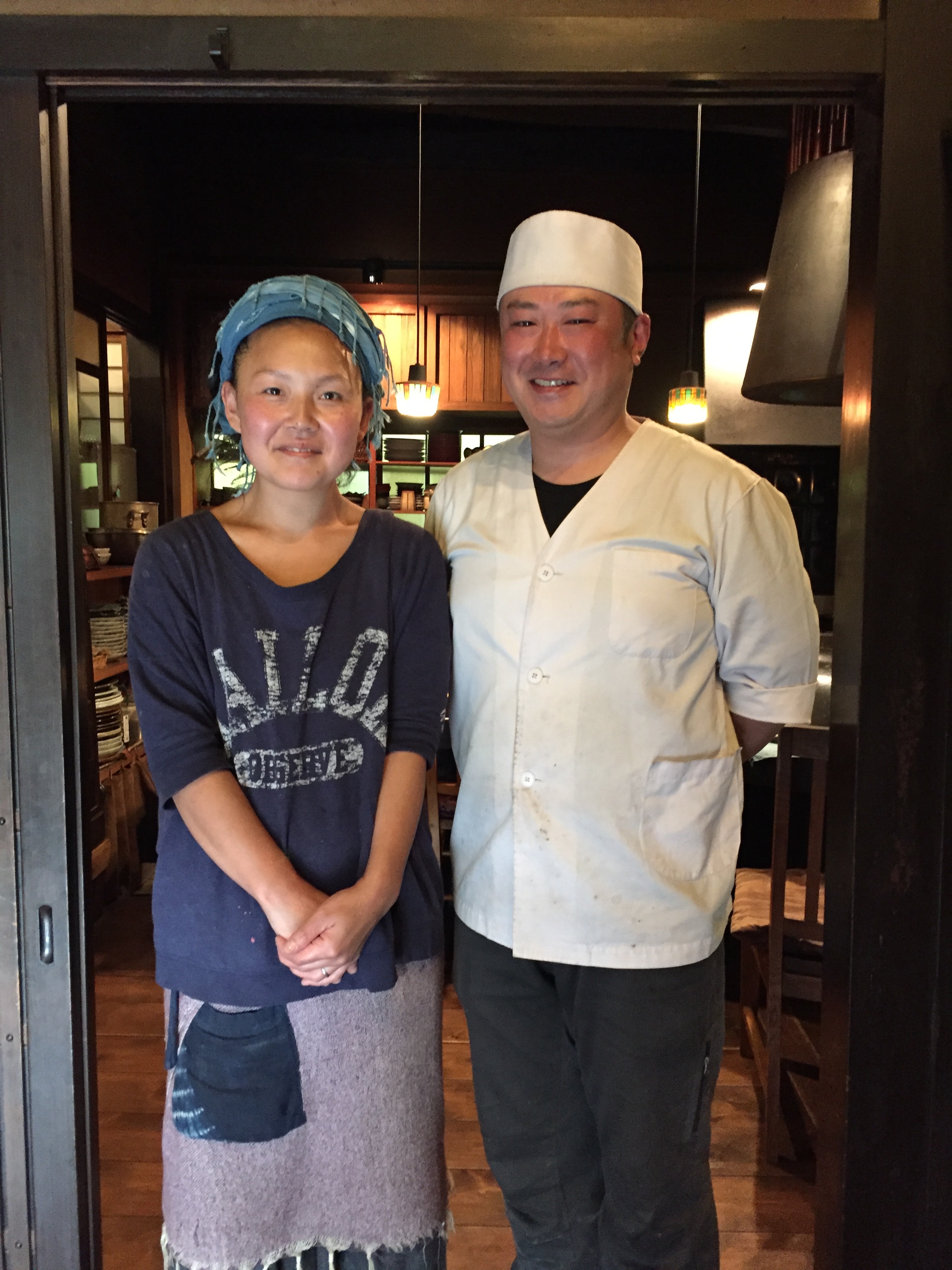