I generally see myself as a relatively easy going and compassionate person.  An uglier, impatient side of my personality reveals itself when I eat at certain California restaurants. I’m surprised by the depth of my annoyance. And, it’s only getting worse.

I have pet peeves with many restaurants in California.  They can cause an otherwise fine meal to turn unpleasant. There are some restaurant practices that ought to be eliminated and never should have begun. But it’s been contagious and now these scenarios described below are very common.  They arouse an inner nastiness and a penchant for sarcasm in me that can border on the abusive.  The key words there are “in me.” Fortunately, I rarely verbalize my disdain.  Well, only once or twice, when I absolutely couldn’t stand it anymore.

I’ve just met a long lost friend for lunch/dinner.  We’re happy to see each other and quickly become engaged in an intense conversation, catching up with each other.  The menu is on the table, but we haven’t glanced at it yet.  We’re connecting.

Out of nowhere the bright smiling face of a server appears, asking us if we’d like to order.  Our conversation is instantly interrupted without any hesitation. It’s sometimes hard to pick back up again and harder still not to resent the interruption.

Note to managers:  Please train your staff to remember it’s rude to interrupt.  They most likely learned this years ago when they were toddlers.  You and they are going against the grain of established politeness.

I’ve ordered my food.  It’s been delivered. It’s been in front of me about 6 seconds. I may or may not have had time to take a bite.  Again, out of nowhere, a smiling server rushes over, “How is everything?? ” he/she gleefully asks.  A little later in the meal, another unwarranted appearance is made.  I’m  busy talking or eating when I’m confronted again.  “Is there anything else you need?” or “Is everything all right?   Or, the favored stand-by  “how is everything?”

Go away.  Don’t bother me. You might have good intentions, but… If I need to let you know how my food is tasting, I’ll find you.  If I need something else that’s missing from the meal, I’ll find you. If I’ve dropped my silverware, I’ll find you. If you’ve forgotten the popover that’s supposed to come with my rib roast, I’ll find you.   FYI, The food is the same as it was when it first came to my table.  No one switched plates on me. No need to ask again.  EVER!  (See?  Just nasty.)

disclaimer: Actually, there is one thing I want to be sure you keep an eye on.  It’s is my need for a drink refill, be it water or wine or cocktail.  That’s ALL you need to keep an eye on.  Don’t approach the table unless you see a glass that’s been drained. Only then, may you ask me if I’d like a refill.

It’s winter in Central California.  Although it’s warmer than most of the country, it does get cold, particularly once the sun sets.  That’s cold enough to need to wear several warm layers and even wrap a scarf around your exposed neck to keep warm.

Some restaurants attempt to delude themselves and their clients, pretending to be in the exotic tropics, serving food indoors and outdoors year round.   Beware of restaurants that have their front doors open in 50-degree weather, even if it does mean that there’s one less move required to go inside and it initially looks welcoming. An open door really means you’ll be freezing through dinner or awkwardly wearing all your outside clothes while you’re sitting inside, wondering why you have to pay for such an experience.

Beware also of restaurants who are still serving dinners on their patios or courtyards during the dark nights of winter.  That means an open door policy as well so that the waiters can pass easily between the indoors and outdoors with plates of food. While the doors are open, the outside diners huddle together under heat lamps and those inside must pile on their clothing layers just so their hands work well enough to hold silverware and bring food to their hungry mouths.

Another note to managers:  Just close the damn doors, please.  Recognise that night time temps in CA in the winter are generally in the low 50’s or 40’s.  This is the time to create a cozy INDOORS atmosphere, not one that feels as if I’m eating in a refrigerator.   99.9% of diners are capable of opening your front door, no matter what the temperature.  Regarding your back door, those tourists must be taught to eat inside.

The first question out of a servers’mouth is “Have you eaten here before?”  Even if it’s a lie, please say yes.  If not, we all might be subjected to an item by item recitation of everything on the menu.  It’s as if no one except the server is able to read.  Then, creative embellishments are added.  For example, if the menu says sauteéd they’ll tell me with what and with how much.  They’re also capable of making up stuff, telling diners whether items are wild when they’re not, or they have no idea. Beware of mushroom descriptions as well, usually, they’re  just plain brown, but they’re claimed to be wild. This might be a self-indulgent moment for the server to shine on center stage, but it’s pure torture for me.

If I have a question, please let me ask it.

I stop eating out.

New Ways to have Enough fun on Vacation while approaching 80 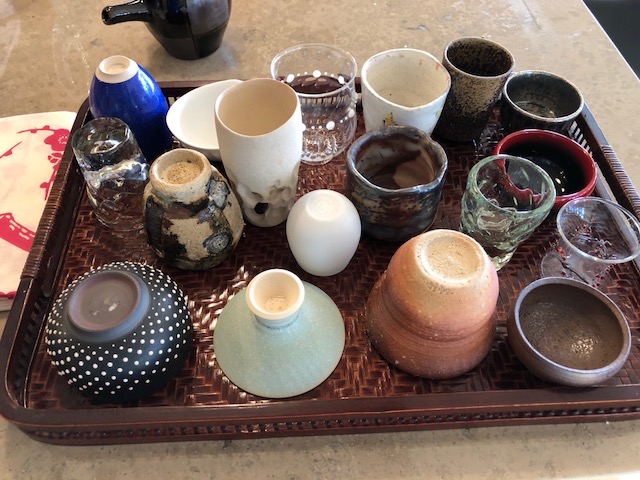