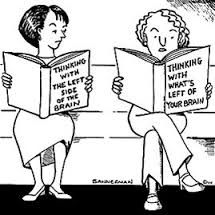 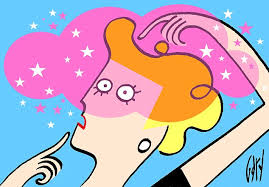 I have never been one of those persons who can relate every minute of her life since birth.  Nor, am I particularly good at recognizing the faces of people whom I’ve met in the past.  I’ve suffered through many embarrassing moments when a person will claim to have met me before and I have zero recollection of the experience. Names of people I know well might escape me even at simple introductions.  I’ve lost pocketbooks since I was old enough to carry them and I resorted frequently, when my kids were young, to offering my children $1 if they could locate my keys.  At today’s rates, I’d say that was probably the equivalent of a $10 bribe.

In my 30’s I went away for a vacation, hid some jewellery before leaving the house and forgot where I’d hidden it when I returned.  I won’t go into the sordid details of that incident, let’s just say it was painful. 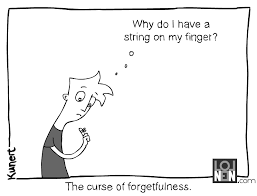 My mother’s relatively good-natured favorite admonition to me, was “You’d forget or lose your head if it wasn’t tied onto you.”  I never argued with her assessment.  When my contemporaries began to complain about having a senior moment, I’d just laugh and note that I’ve been having those moments since I was born.

However, I do think it’s getting a little worse these days.  Since my Mother suffered from Alzheimer’s Disease, I try not to see the handwriting on the wall.  But the moments of forgetfulness are not as easy to ignore as they were five years ago. However, I hear that so frequently from my friends, I can easily decide it just comes with the territory of aging.

Yesterday, I thought I’d raised the garage door before going into my car.  Instead, I backed up into the garage door.  Thank the Lord, very slowly and with surprisingly minimal damage done.  I was afraid my husband would come rushing down from his upstairs office to see what had happened.  He didn’t.  He’s gotten pretty hard of hearing.  There are times when a partner’s sensory deficits are a distinct advantage to the other partner.

I play little games with myself attempting to reassure myself that I’m not much different than ever, like repeating a series of numbers I’ve just heard on a telephone message, or, relaying to my husband the essence of an article I’ve just read. I test and pass about one test each day with flying colors.  Hey, we take our victories where we can. 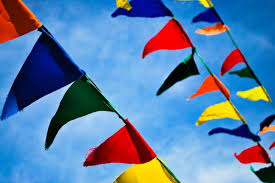 I’ve misplaced items so many times in my life, that I no longer get particularly anxious when I can’t find something.  I figure it will turn up, and 9 times out of 10 it does.  Eventually is the key word here.

The upside of a forgetful mind is that I easily forgot a reason I’m supposed to be angry at someone.  I can remember that someone did something I was unhappy about, but I can’t remember the particulars.  So you should know two things, if I seem angry at you, it’s not likely to last very long, and if you did something several years ago to offend me, it’s unlikely that I’ll have any memory of it.