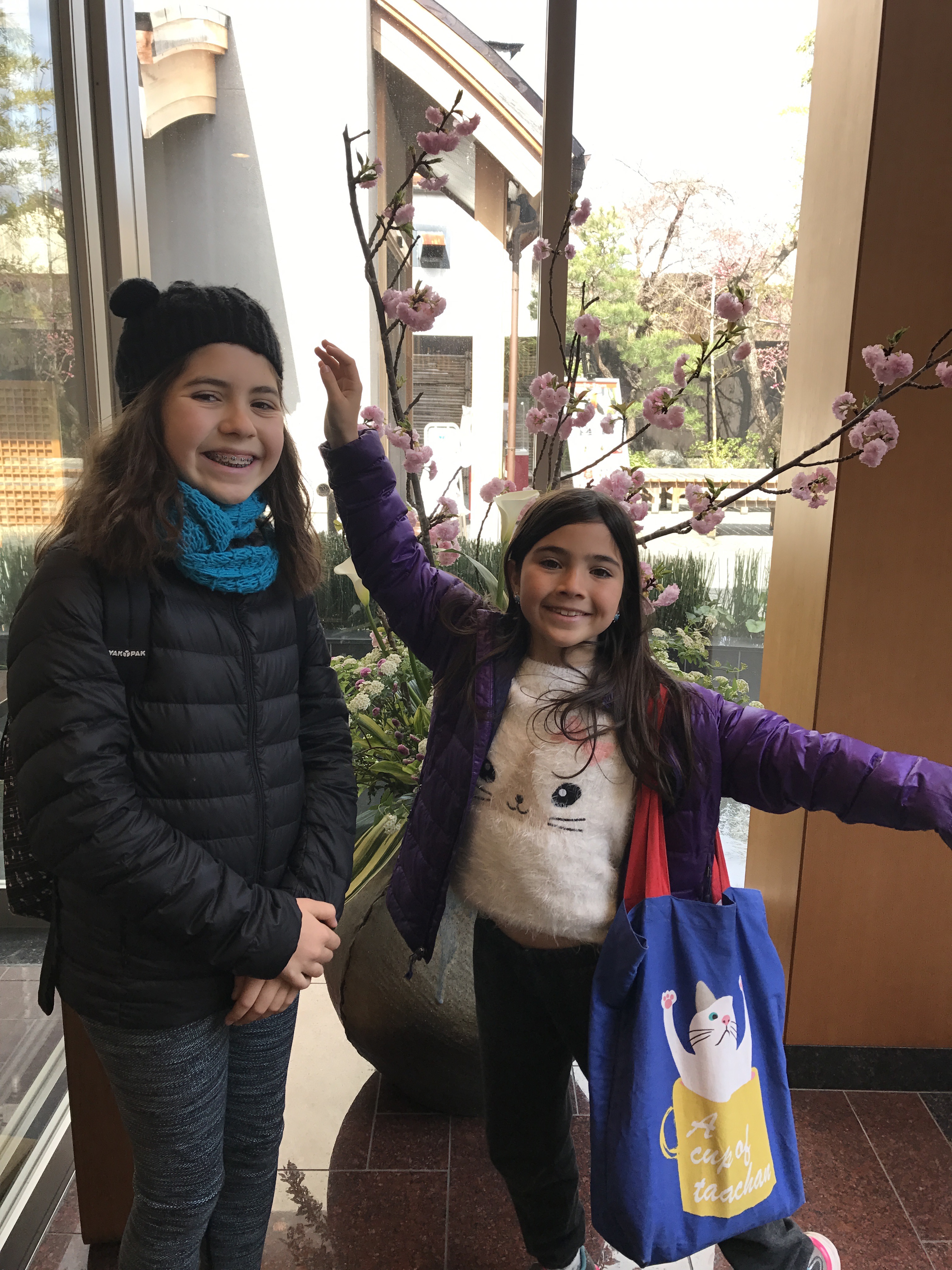 Japan: Through A Child’s Eyes

One way we can recall what it’s like to be a child again, is to travel with children. It’s good if they’re thoughtful and curious.  It’s an added bonus if they have a good “eye” and catch sight of things you might overlook.  A willingness to try new things including unusual looking foreign food is a bonus.  A sense of adventure comes with the territory.

A little back story. Remarkably similar to their grandmother’s penchant for sweet things, both children became initially fascinated with Japan because each time I came back from Japan, I brought back Japanese KitKats for them. The delightful flavors are unseen in the USA.  (See original post.)  The Japanese love of sweet things seems to surpass that of any other country I’ve visited.  Kids pick up on this candy heaven quickly.  It goes without saying they can become easily distracted by what adults think of as junk, but that’s part of being a kid too.

In just a few days, they’ve wandered with us by the small shops, the food stalls and the trinket shops that lead up to the Kiyomizaderu Temple.  I find myself suddenly playing the role of tour leader, expounding on Kyoto history, which they’re not that interested in and do not yet feel they have to feign interest.  I’ve learned to direct my lectures to their parents, who at least appear interested!  It’s a fine line from informing to information overload. 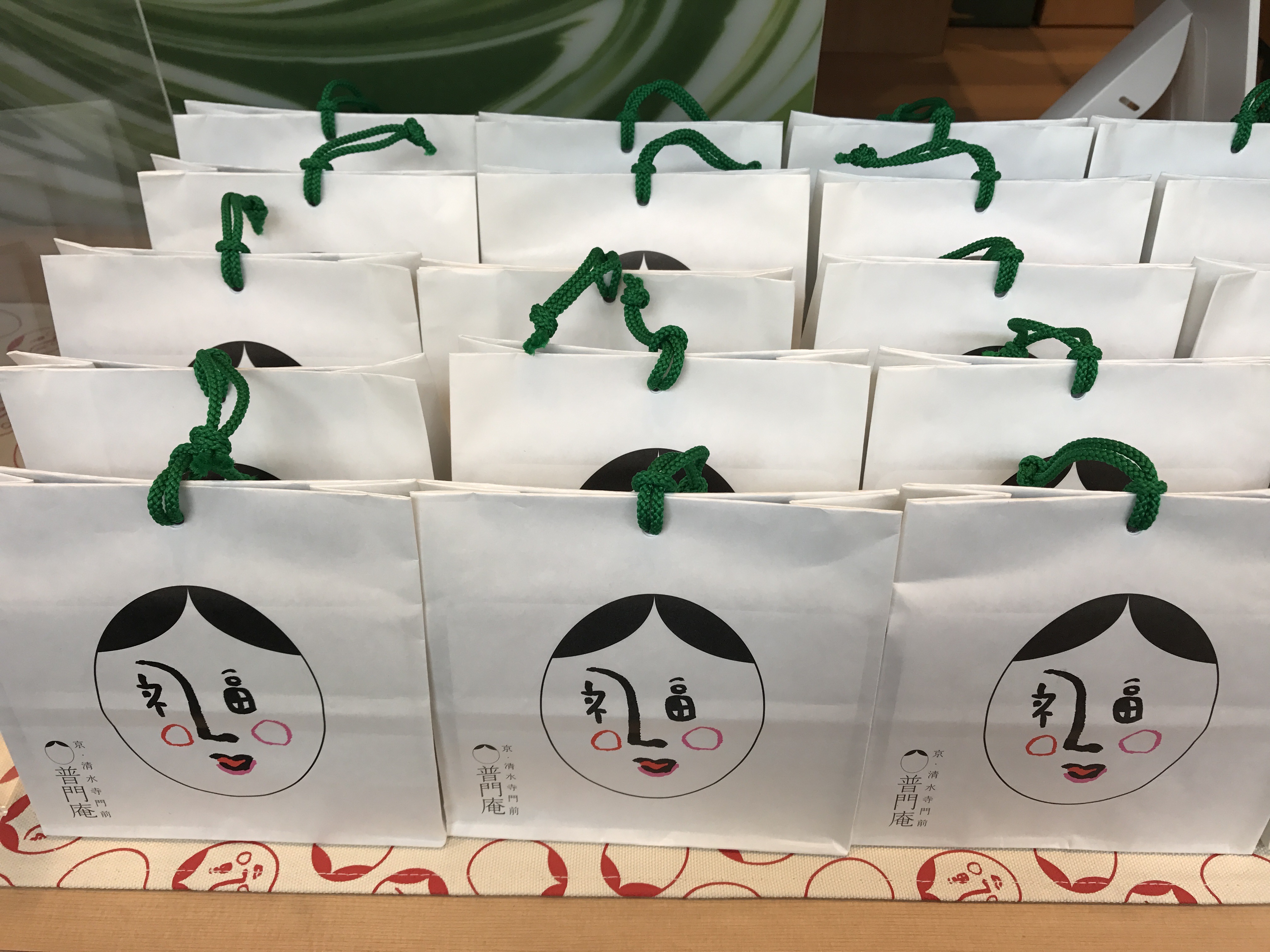 along the way to the Kyomizaderu Temple.

At the temple gates.

Yesterday, I introduced them to the myriad wonders of the monthly Japanese flea market at the beautiful Kitano Temangu Shrine.   They took to shopping like a duck takes to water.  I actually think they might have had more fun than I did, which is making quite a statement. 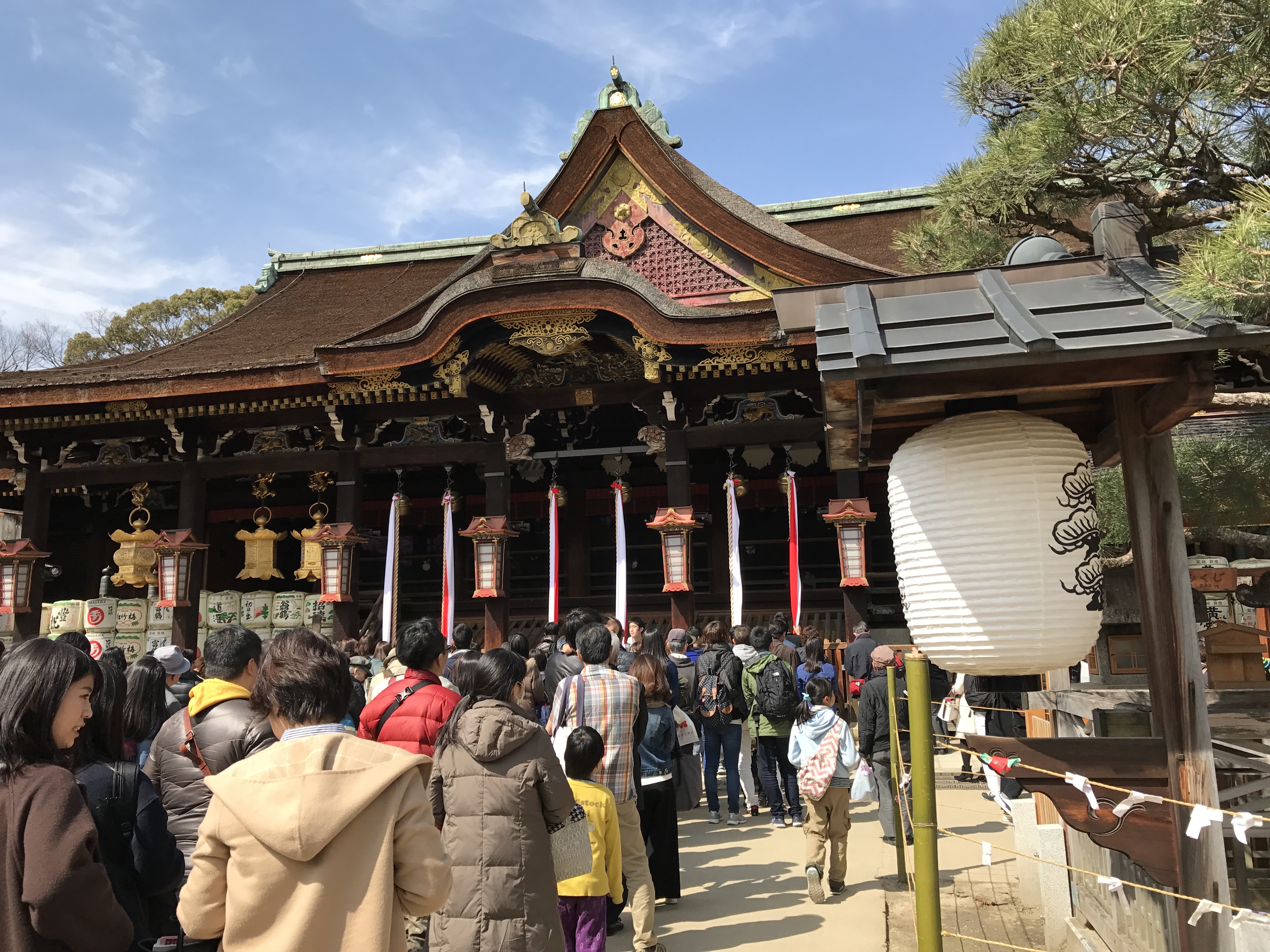 We spotted the last of the plum blossoms, looked at lots of stuff, saw hundreds of people lined up to say a prayer at the center of the shrine, and ate Japanese fast food.  Here’s a few photos of things that caught the eye of the 9-year-old. 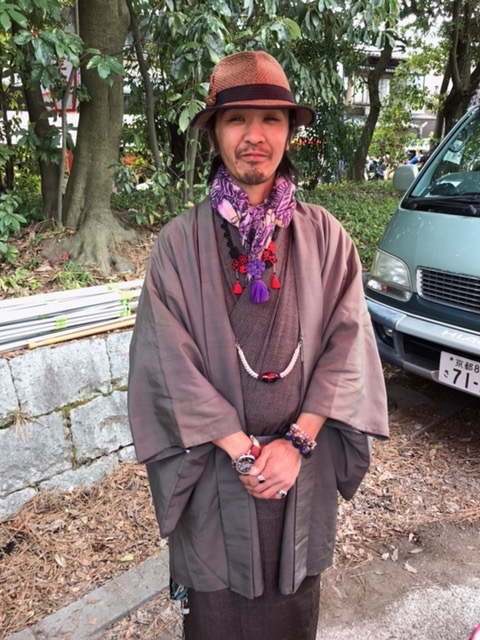 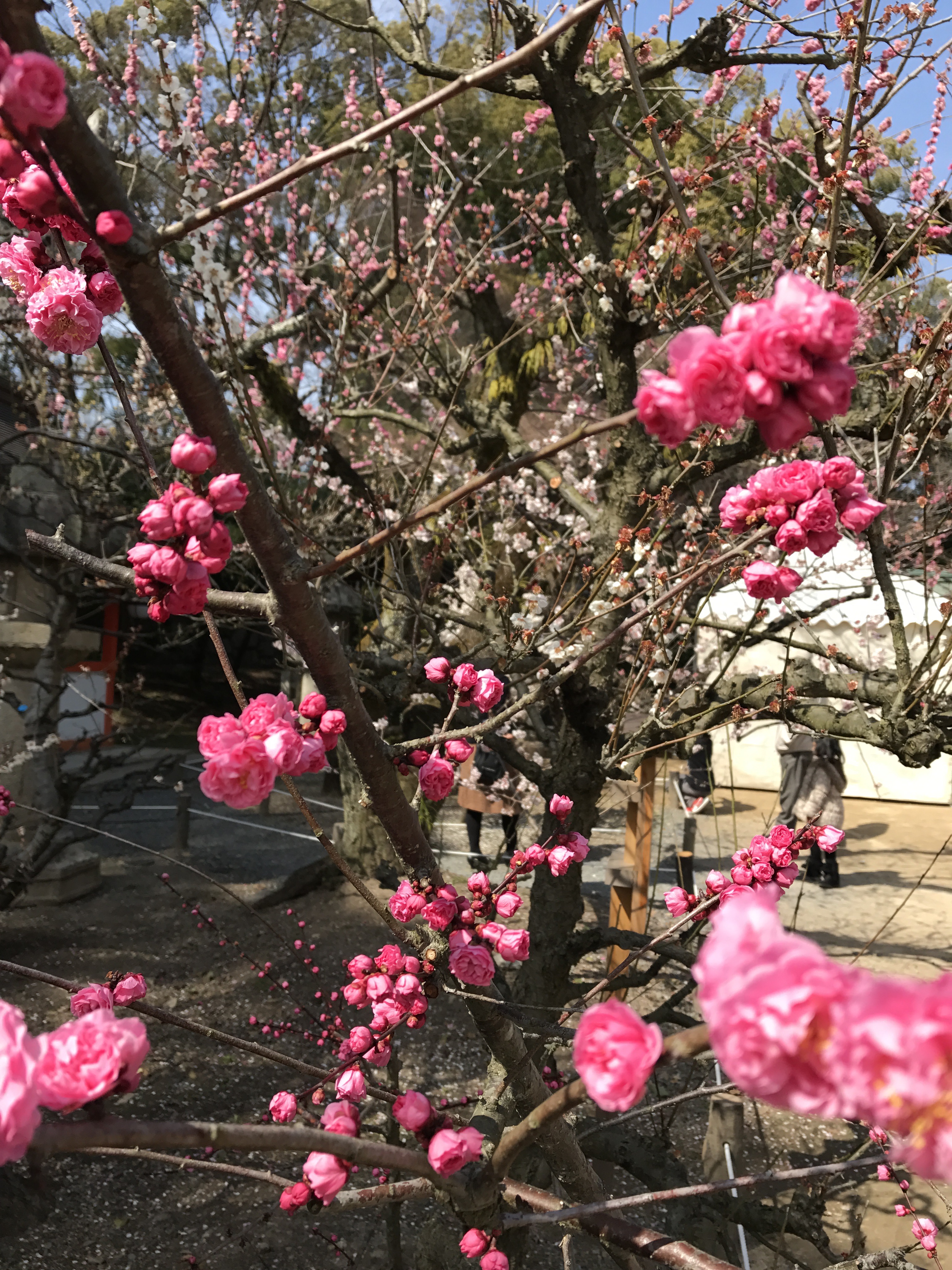 The last of the season’s plum blossoms

They’ve learned several important words in Japanese, most importantly, how to say good morning, etc. but also the importance of thank you and excuse me for bothering you (sumi masen).  When finished with sightseeing, they’re more than happy to retreat to their own world on their ipads.  It’s tough competition, but I like to think we’re providing them with an appreciation of a fascinating culture that could possibly have lasting impact.

One granddaughter was heard to say, I don’t want to see anymore shrines, although she’d only seen two and had barely scratched the surface as far as I was concerned.  So yesterday, we set them free in downtown Kyoto for a day of shopping.  They loved Teramachi arcade,the 100Y store, and easily talked their Dad into taking them to a cat forest and an owl forest (commercial ones), and last but not least then explored the Pokemon section on the toy floor of Takashimaya. 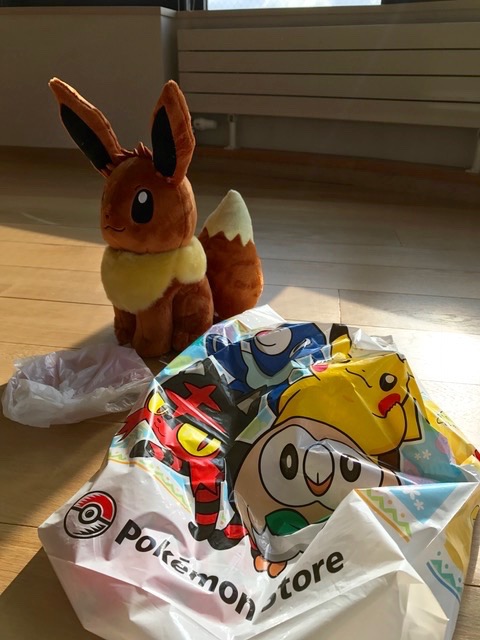