Caught in the Crosshairs

As Mother’s Day approached this year, I began to recall the long-ago “words to live by” that were oft quoted by my Mom.  I half-listened to her warnings and guidelines because they never quite fit.  I have since realised that she was the product of a post-Victorian upbringing, passing through the “liberation” of the 1920’s and then snagged in the expectations of the stay-at-home wife/mother scenario of the 1940′ and 50’s.  She was bored living the life of mother/housewife and wanted a career.  But she lived in a world where my father had ultimate control.  He told her that the only way she could work would be if she worked at the register in the grocery store he owned. She accepted that but was never fulfilled.  Small wonder.  I still feel saddened that she never got to spread her wings.

I grew up believing that “shut up” was a dirty word. I was threatened with having my mouth washed out with soap if dirty words were spoken at home.  I doubted the threat would be carried out, but I got the message.

I first saw the word shit when I was in sixth grade, written on my elementary school playground. I had to ask my mother what it meant.  I was told never, ever, to repeat it.  The word f*#k was not learned until adulthood.

In high school, I asked my Dad what the word shmuck meant.  He paused, got a little smirk on his face, then uttered the word penis.  I’d never heard that word spoken, and fled the scene.

From Yiddish שמאָק (shmok, “penis”), from Old Polish smok (“dragon”) or cognate to German Schmuck(“jewellery”), which subsequently influenced the spelling ..

I called all my parents’ friends Mr. and Mrs.

I was repeatedly told to consider teaching as the only career path open and acceptable for me, in case I didn’t manage to get married right out of college. 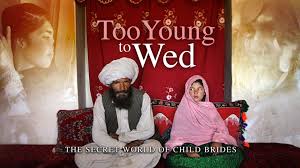 The most egregious myth that circulated at that time was nice girls “don’t.”  Jewish boys could get their sex from non-Jewish girls. Jewish girls must remain chaste. Sexuality was never discussed, nevermind acknowledged.

Just as my mother was a victim of the times she lived in, I’ve often thought that my generation of women was caught in the cross hairs of two powerful cultural movements, the conservatism of the first half of the century versus the women’s lib movement and the sexual revolution.  I was already married by the time the women’s movement and the sexual revolution of the 60’s hit full force. Most likely for the best, but every once in a while, I wonder what it must have been like.   For us, fear of an unwanted pregnancy was always present and always a constraint, although I’d stopped believing that sex before marriage was a no-no.

I never shared that radical belief with my Mom.