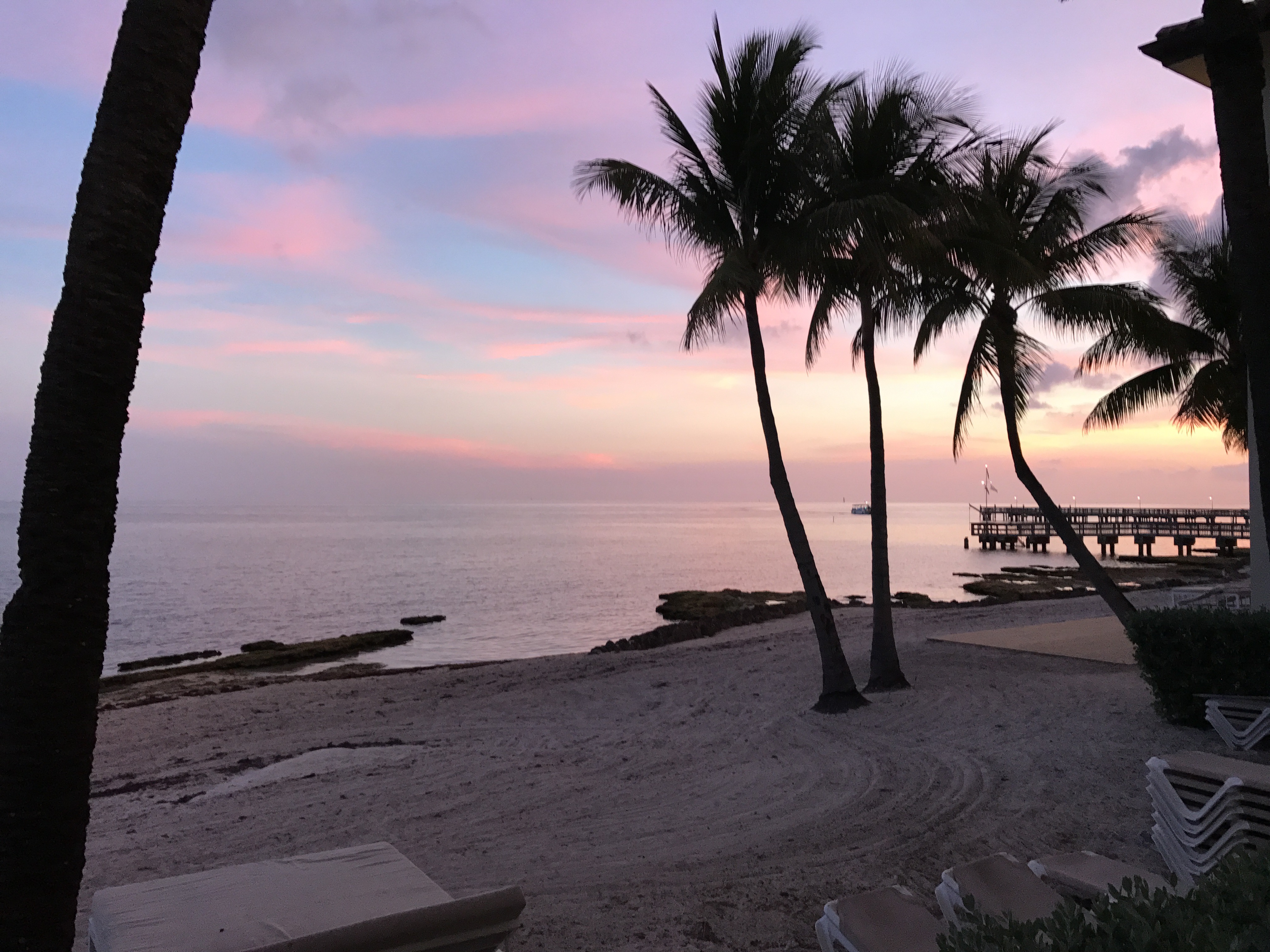 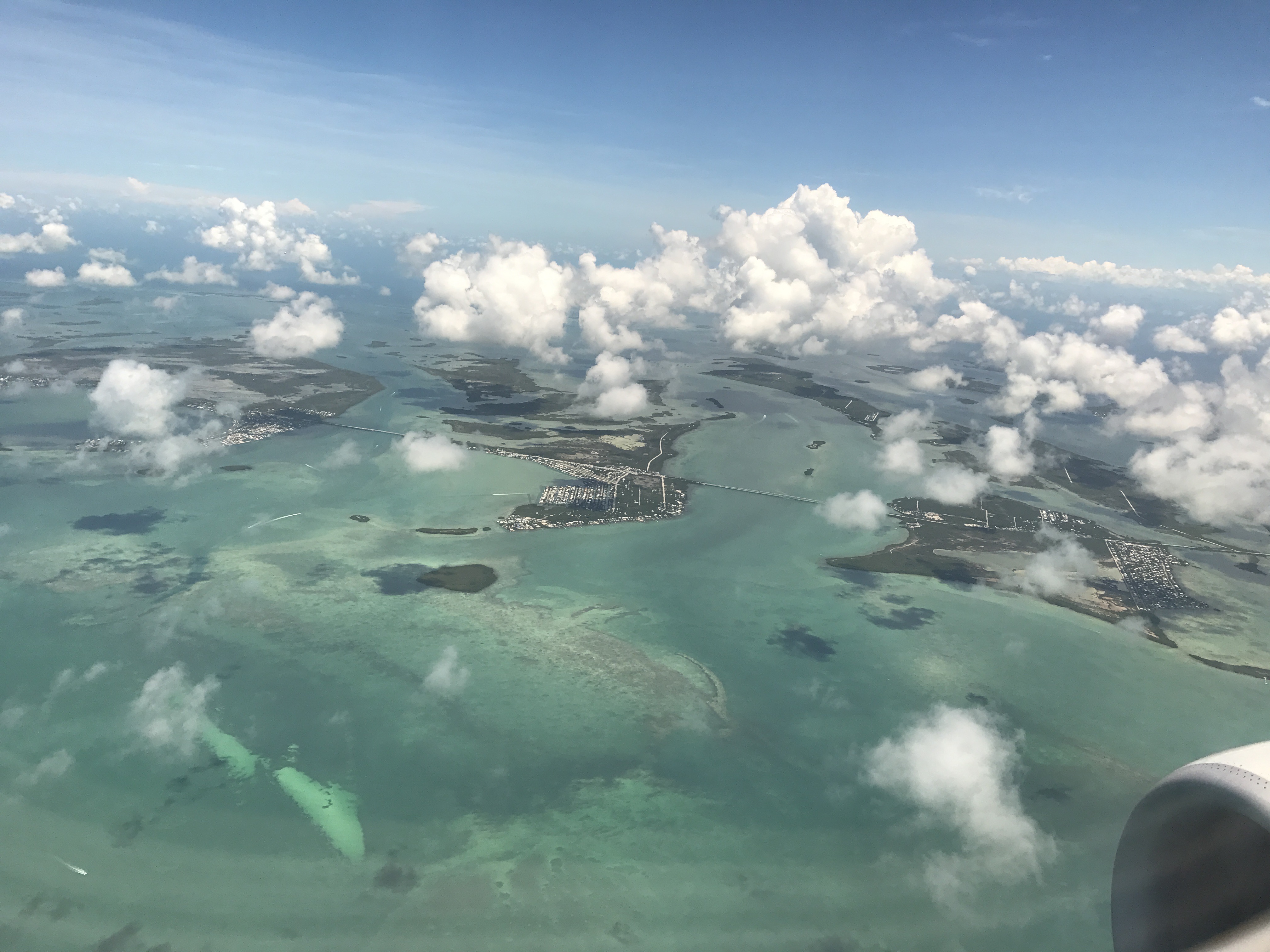 above the Florida keys

“Welcome to paradise,” announced the flight attendant, without a hint of irony, as we landed in Key West, Florida after a brief but glorious flight from Miami.    OK, I thought, let’s see what you’ve got.

We’re here for several days, in this promised land.

It’s quite beautiful here, despite the intense heat which causes anyone who’s been outside for 2 minutes to look as if they’ve just run a marathon.

There’s a startling architectural integrity in Old Town that the city has managed to keep its heritage intact. It’s not a stage set.  There are hundreds of houses and buildings that date from the late 19th to the early 20th century, when Key West was in its hey day.  From what I’ve gathered, it was wilder than the wild West;  a remote outpost that accommodated all comers on a small tropical island that was more Cuban than American.  Blessedly,   they’ve kept the chain stores out of the mix in the historic part of the city.  The Mom and Pop grocery stores still are in business. It’s Sears and K mart that look to be in big trouble.

Think of this place as a cross between Charleston, SC and New Orleans, but on a smaller scale. It’s not precious like Charleston and not as overtly raucous as New Orleans, but no less vulnerable to the whims of nature.  There is history here and that makes it more interesting than just another resort town.  There is no pretentiousness and life is VERY casual.  It’s a small and compact town, only 25,000 year round. The preferred mode of transport is the bicycle which makes great sense because the landscape is flat and parking is at a premium.

The wooden houses have a strong Bahamian vibe, often graced with inviting front porches.  Many houses are quite modest, having been built by the workers who built this town. Trees grow high and mighty in this climate and the flowers and fauna lend a vibrant tropical feel to this place that is unlike most other places I’ve visited in the US.

There are narrow vegetation – covered lanes between the small streets and almost all roads lead to the ocean or the Gulf of Mexico if you follow them for any distance.  You always are aware you’re on an island, which in itself, is paradisiacal. 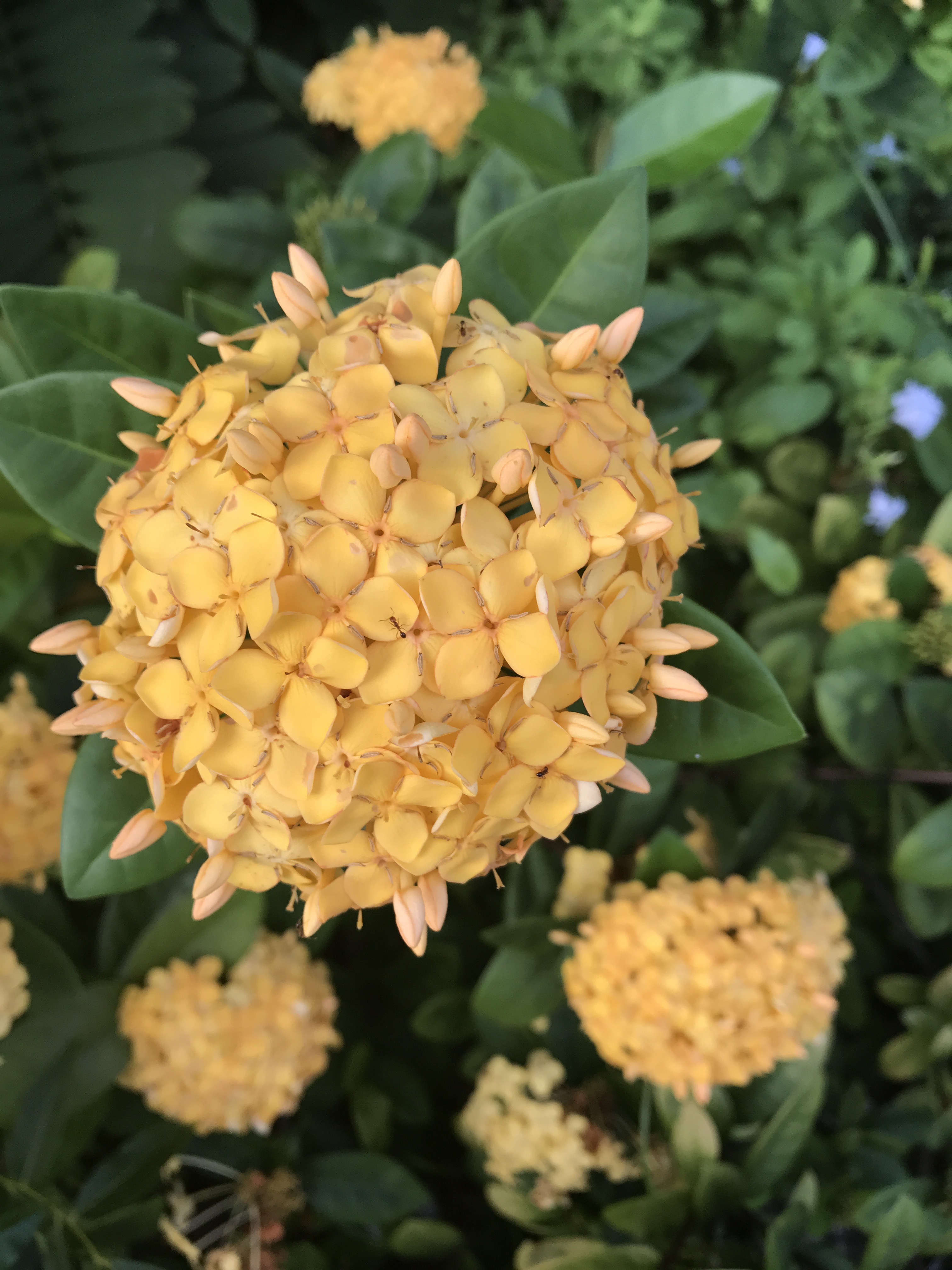 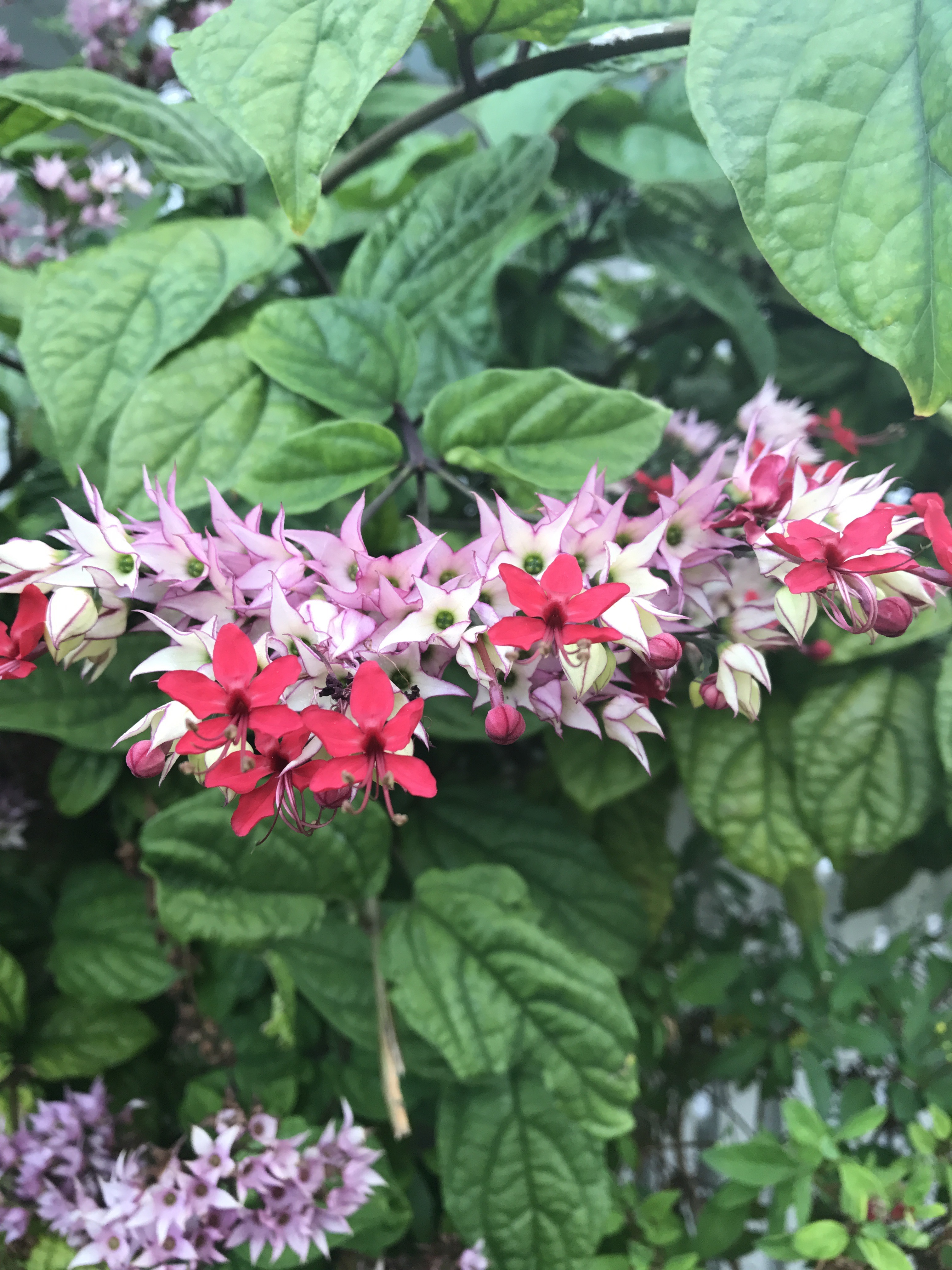 There’s a do-as-you -please zaniness here that tells me that self-taught artists have found their own paradise with a freedom to express themselves here that doesn’t exist in many places.  Below are some items that covered a car in glorious excess in front of a restaurant just outside Key West 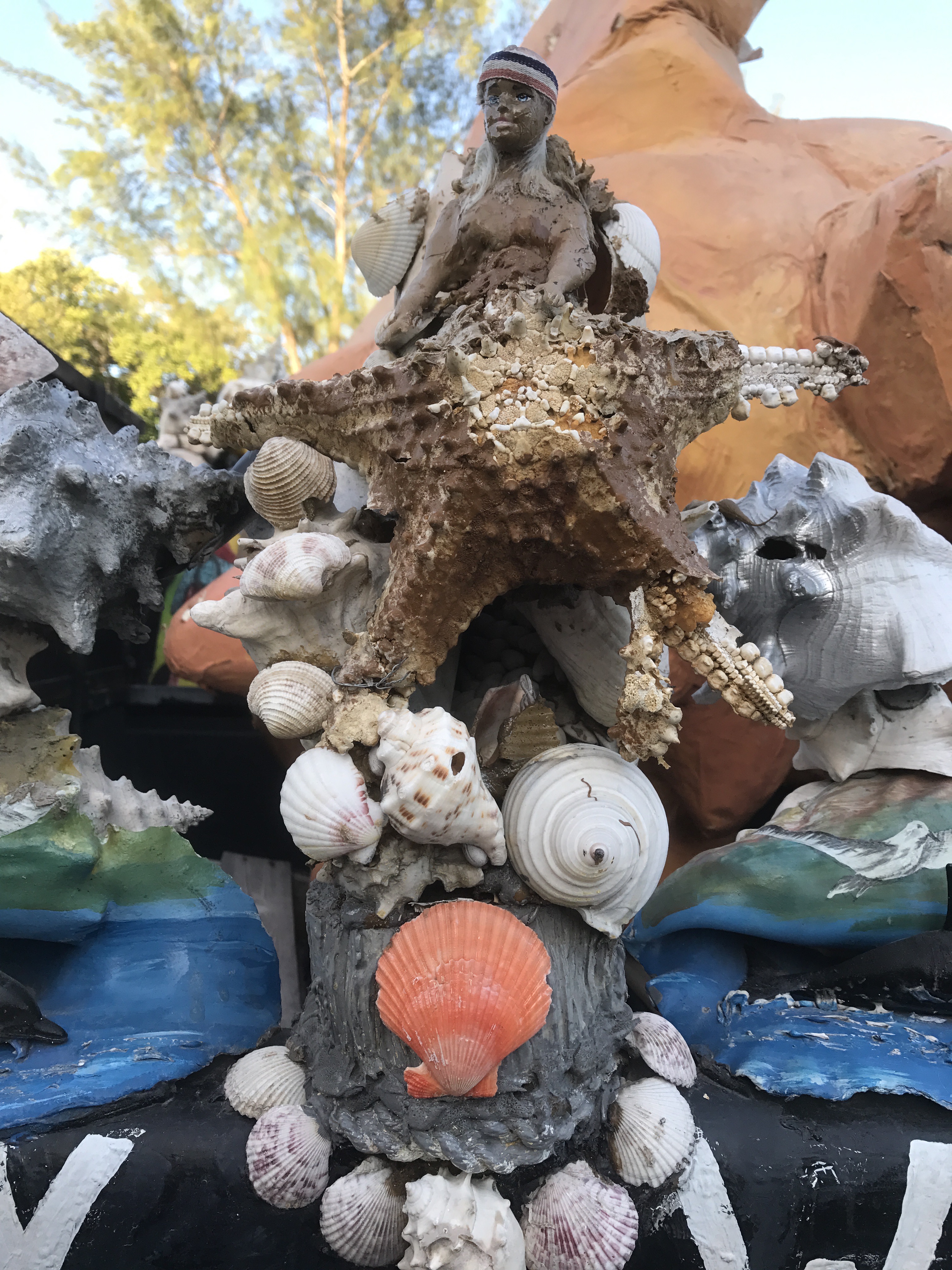 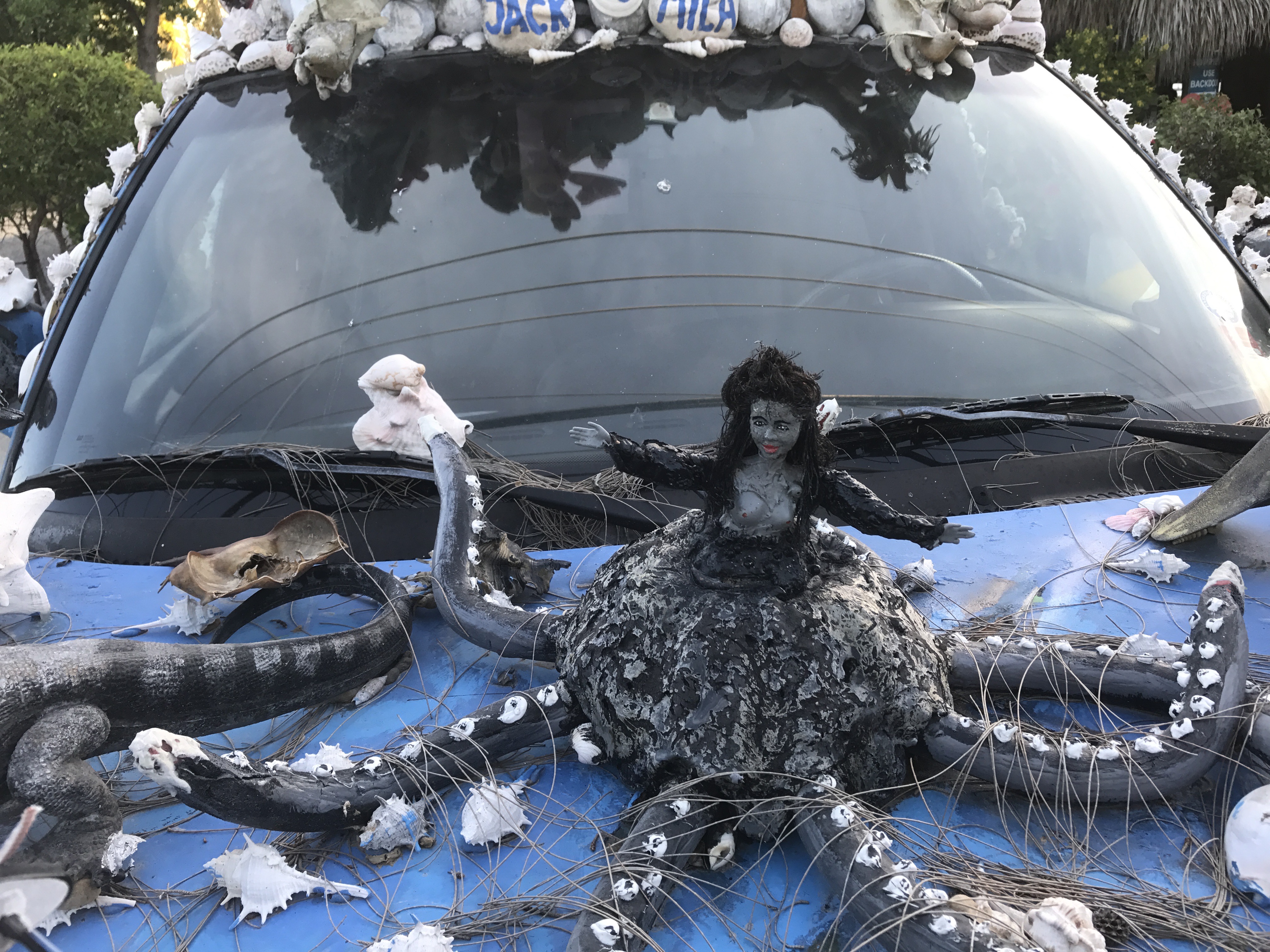 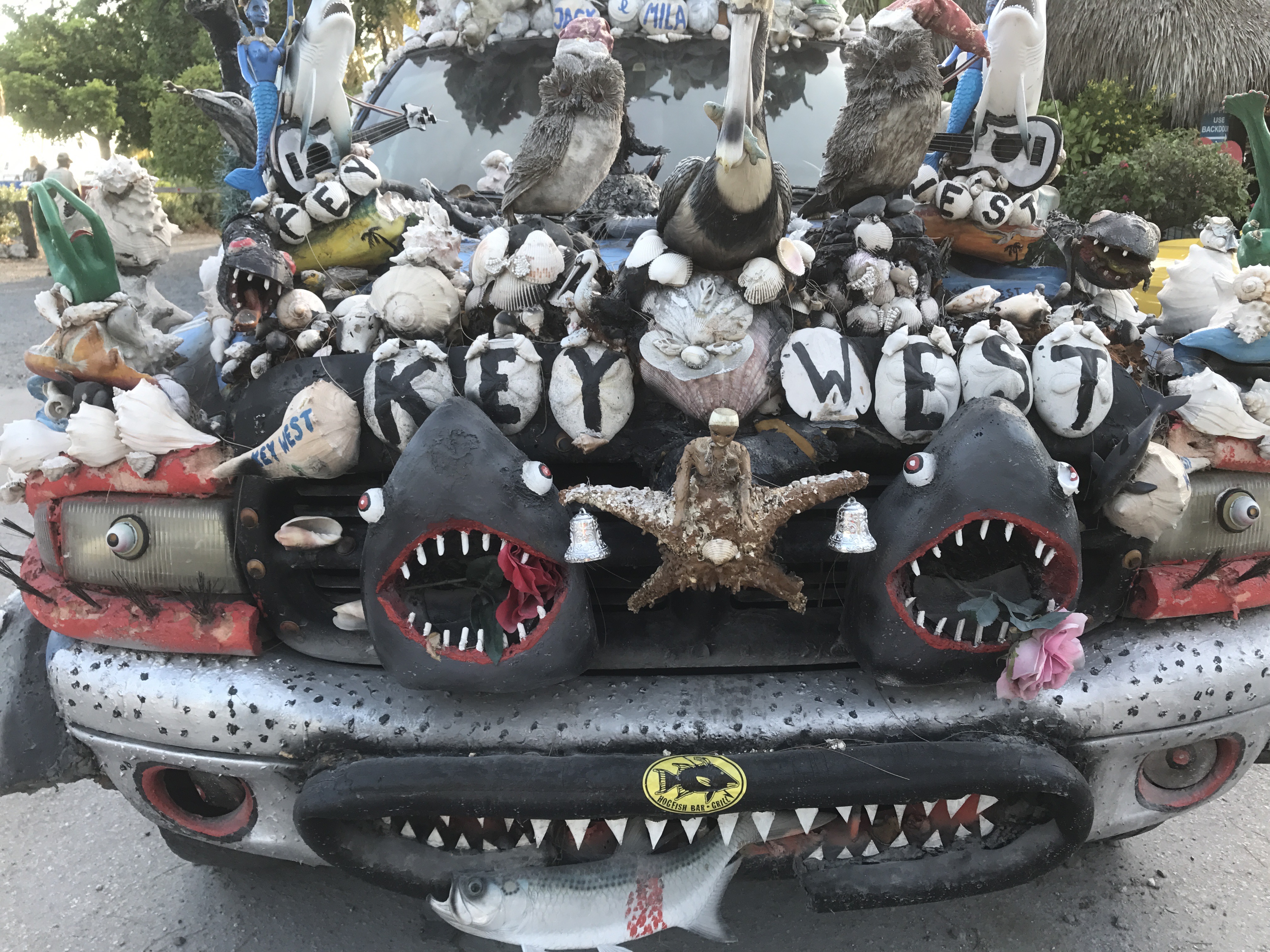 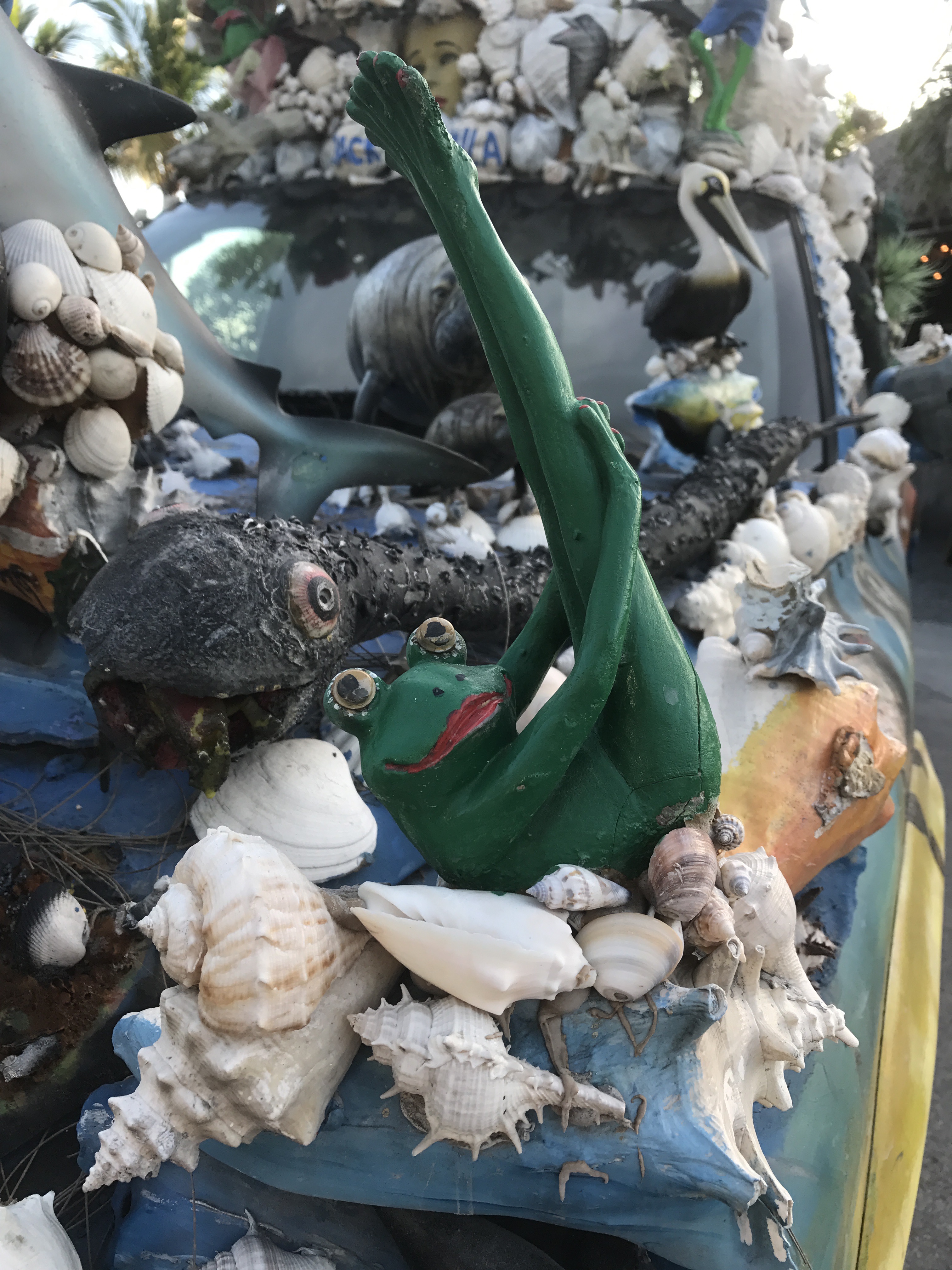 Chickens roam freely everywhere.  It’s definitely a free range paradise for them.  They’re often followed by little chicks. You can’t help feeling they’re cute.  The roosters keep an eye on things and like to let you know who rules the roost. 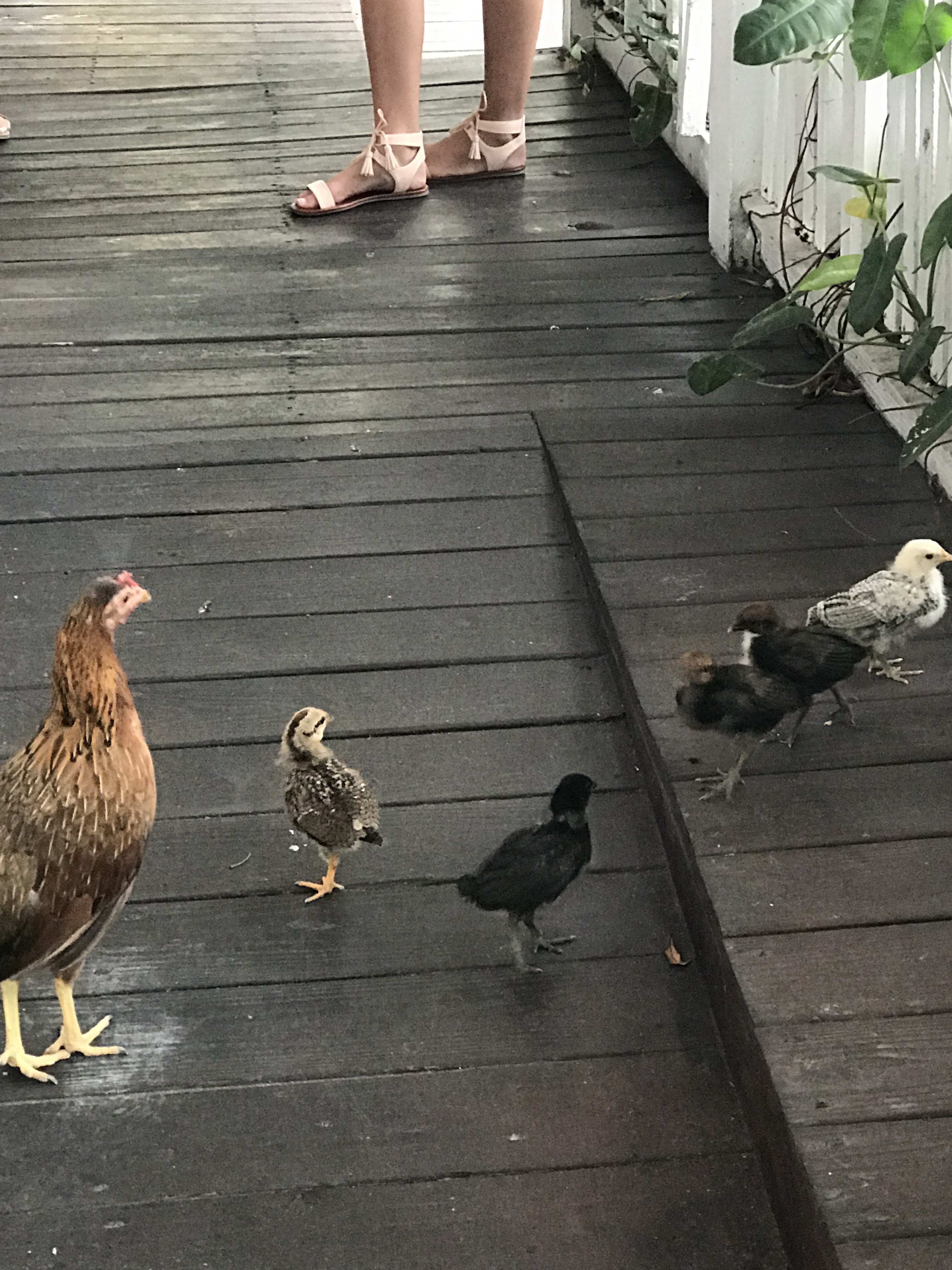 Tourists shuffle through by the boatload and it’s best to keep your distance because they’re messy, sometimes drunk and generally annoying as far as I can tell, at least those that disembark from the huge cruise ships.  Unfortunately, Paradise is littered with t-shirt shops but it’s mostly confined to the tourist shopping area on Duval.  Get a block away and you’ve got a bona fide small Florida town, pretty much as it used to be, but probably prettier now as the snowbirds fix up the modest old cottages to make them more worthy of a photo in Southern Living magazine. 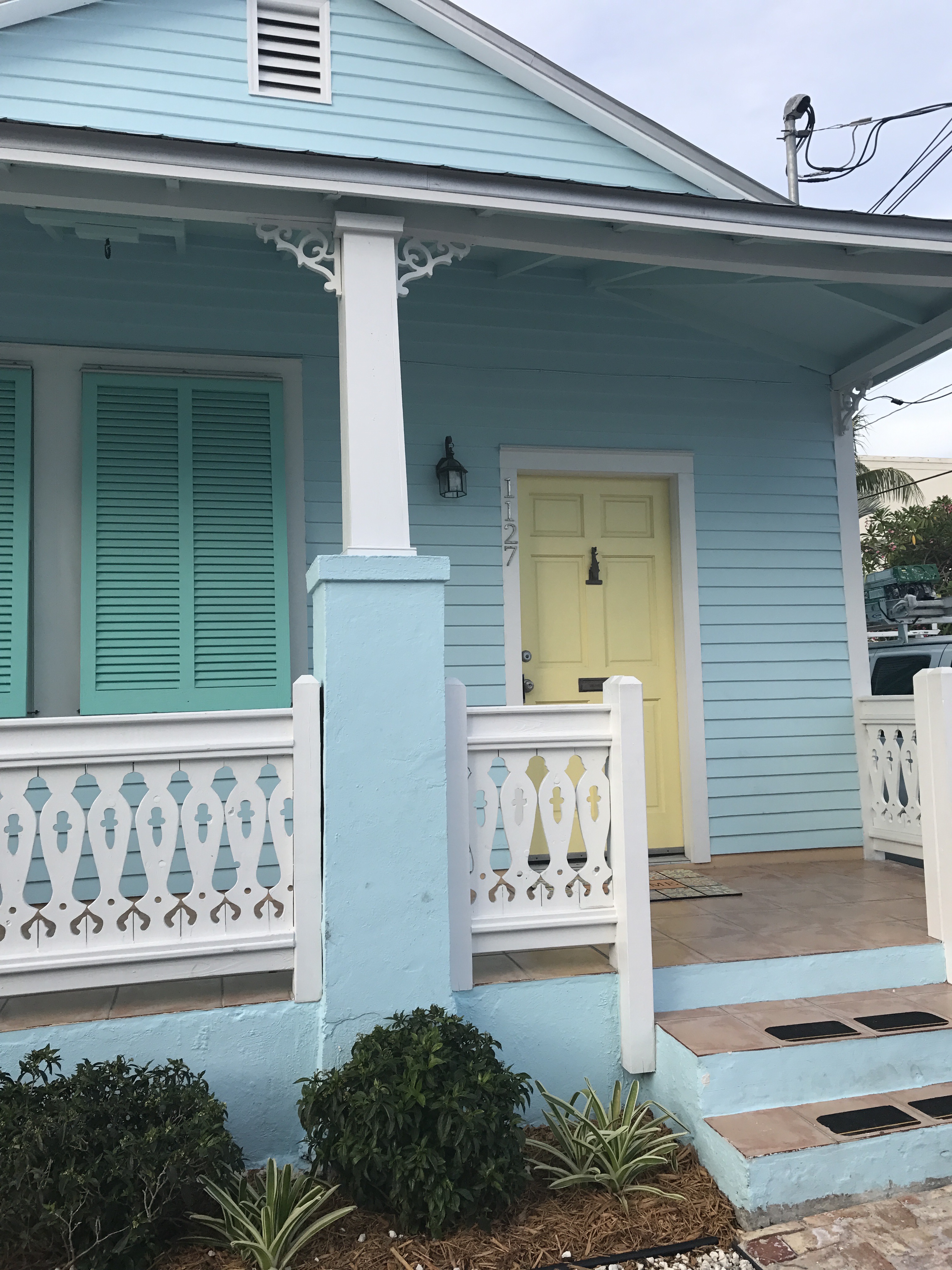 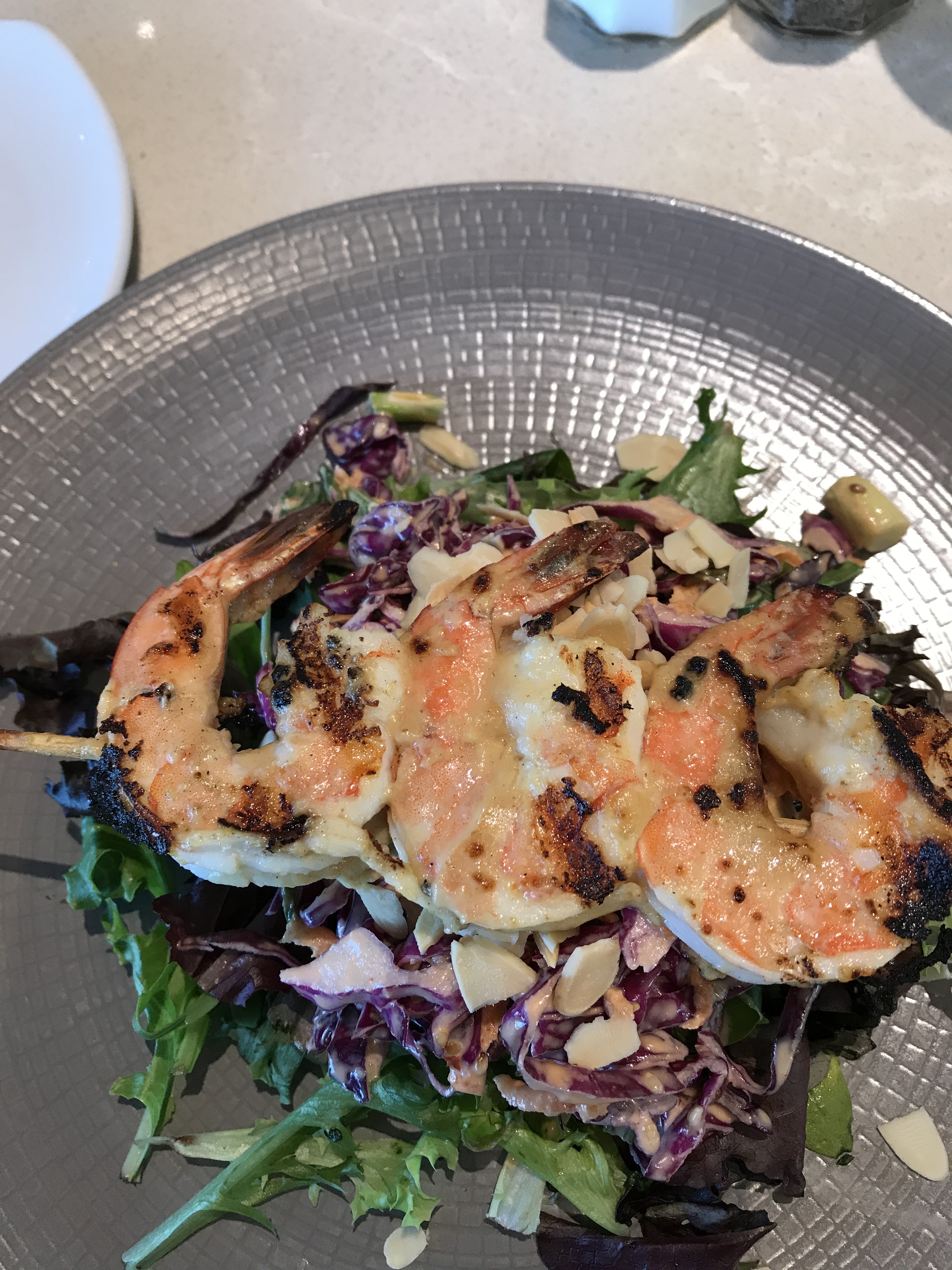 Sunset is famous in Key West, but no need to go any farther than you hotel balcony to watch the colors unfold and deepen. When darkness falls, a different outdoors display takes over.  Breezes are soft and balmy.  The towering clouds become illuminated when lightning pulls the switch.  It’s better than any fireworks display as far as I’m concerned. 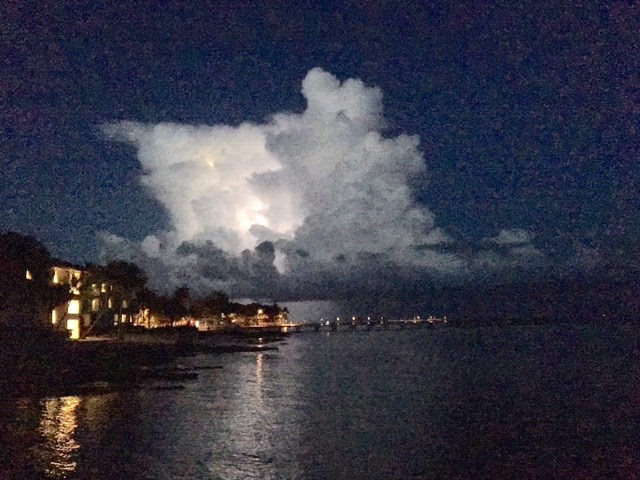 Paradise?  I don’t dare say.  Appealing?  Most definitely.  Another world?  In many ways. 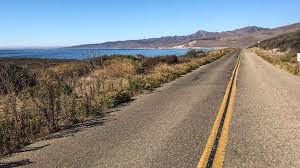 The (not so much) Great Getaway

One Journey Ends, Another Begins