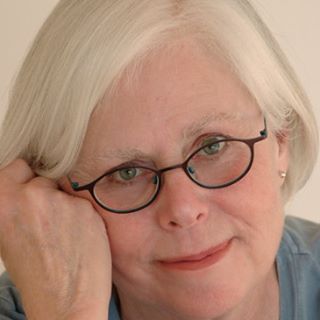 Several years ago I joined a tour group to see a part of Japan that’s relatively hard to get to as a foreigner.  I’d requested a single room when I traveled because I’d learned from taking other tours I needed “time off” from the rest of the group when the day was done.

At our second stop I was told by the group leader there were no single rooms in the inn we were staying, so they teamed me up with another woman, Betsy Raymond, who was a solitary traveler too.  Little did either of us know that by the end of the trip we’d become fast friends.  Betsy was the only person I’d met who seemed as crazy or maybe crazier than I am about Japan.  She’d traveled to Japan for years, taught herself to read and speak Japanese quite well, and had discovered places in Japan I’d never heard of.  Her enthusiasm for the country equaled or surpassed mine.  Her knowledge of the country definitely surpassed mine.  I was impressed by her intellect and warmed by her humor.  She also was a bit subversive which fit me perfectly.  She was definitely eccentric, which I respected and lived life on her own terms.

I quickly discovered that when Betsy traveled, she was ready for any eventuality. Whatever a traveler might need on the road, Betsy had thought of and brought along. Be it a nail file, drugs, scissors, etc., she packed stuff I’d never dream of carrying with me.  It was as if she’d been asked to supply Noah’s ark with one of everything that was needed for daily life.

Betsy was also a whiz on computers.  A few times when we’d be given single rooms at new destinations, Betsy would cheerfully respond to my calls for help to get online. She also was a fount of valuable information about photography and cameras.  She’d attempt to share her wealth of knowledge with me, but I’d quickly get overwhelmed by the technical information she had at her fingertips.  She never lost patience with my slowness.

We quickly discovered that we both found the same things funny.  One morning we were told to gather outside the inn before sunrise before walking together to attend a morning service at a nearby temple.  Everyone in our tour was there except for Betsy.  I’d left our room before she was ready.  What’s taking Betsy so long? The group started growing impatient in the morning chill. Before long, I heard a voice call out loudly and accusingly from an upstairs room, “Dianne Vapnek, are you wearing my shoes?”

Knowing that I was capable of doing something like that, I quickly looked down at my feet and just as quickly realized that the shoes I’d slipped into in the morning darkness were not mine.  Betsy had to spend about 10 minutes looking for her shoes before she realized that I must have put them on. In the morning,  both pairs were neatly lined up outside our room as required in Japanese tatami rooms.  We both wore the same size, both shoes were black slip- ons and at 5:30 AM, that was enough for me.

She and I broke out laughing immediately.  Our hilarity increased when the other group members just looked in disgust at us both.  In the evenings, we’d chat long into the night sharing and laughing at the day’s adventures and misadventures.

Betsy was also a hilarious drunk.  We both hit the sake pretty hard one night at dinner, and by the meals’ end she had me doubled over laughing at her antics which were way beyond what is generally considered appropriate female behavior in Japan.  But we were both past the point of no return.  We spent far too much time amusing each other, but of course, that just made it funnier.

Sadly, I learned yesterday that my dear travel partner died a few days ago.  Several months earlier she informed me rather matter of factly that she’d just been diagnosed with pancreatic cancer.  She was methodical about planning her care and had decided to be treated by a Japanese doctor who believed he might have a better way of treatment for her deadly cancer.  I’d been told she was in hospice.  As I was making plans to visit her, I learned it was too late.

In addition to being the best travel companion a woman could have, Betsy was an accomplished book artist.  She rescued animals.  By herself.  She waited in local parks after Easter to capture the Easter bunnies who’d been released into the wild and provide them with a home.   She’d found dozens of bunnies who lived a happy life in a house with her, occupying a vacant upstairs bedroom.

A cat followed her down the street in Japan several years ago and she decided that she was meant to take it home, i.e. back to CA.  An almost impossible task, but she did it.  She stayed several weeks longer than she’d planned to get approval for this action because she wouldn’t take no for an answer and finally boarded the plane with the cat.  She still suffered from guilt because the cat died soon after she’d transported it.  She still felt responsible for its death.

This year, more friends of mine are falling off the wheel of life, or riding it precariously.

I will miss Betsy.  I just learned she wanted no words spoken at her internment.  She did things her own way until the very end.  Thank you Bets for being such a dear friend in the short time we had together.  Thank you for doing your best to help those who have no voice.  Thanks for laughs and most of all thanks for loaning me your shoes.