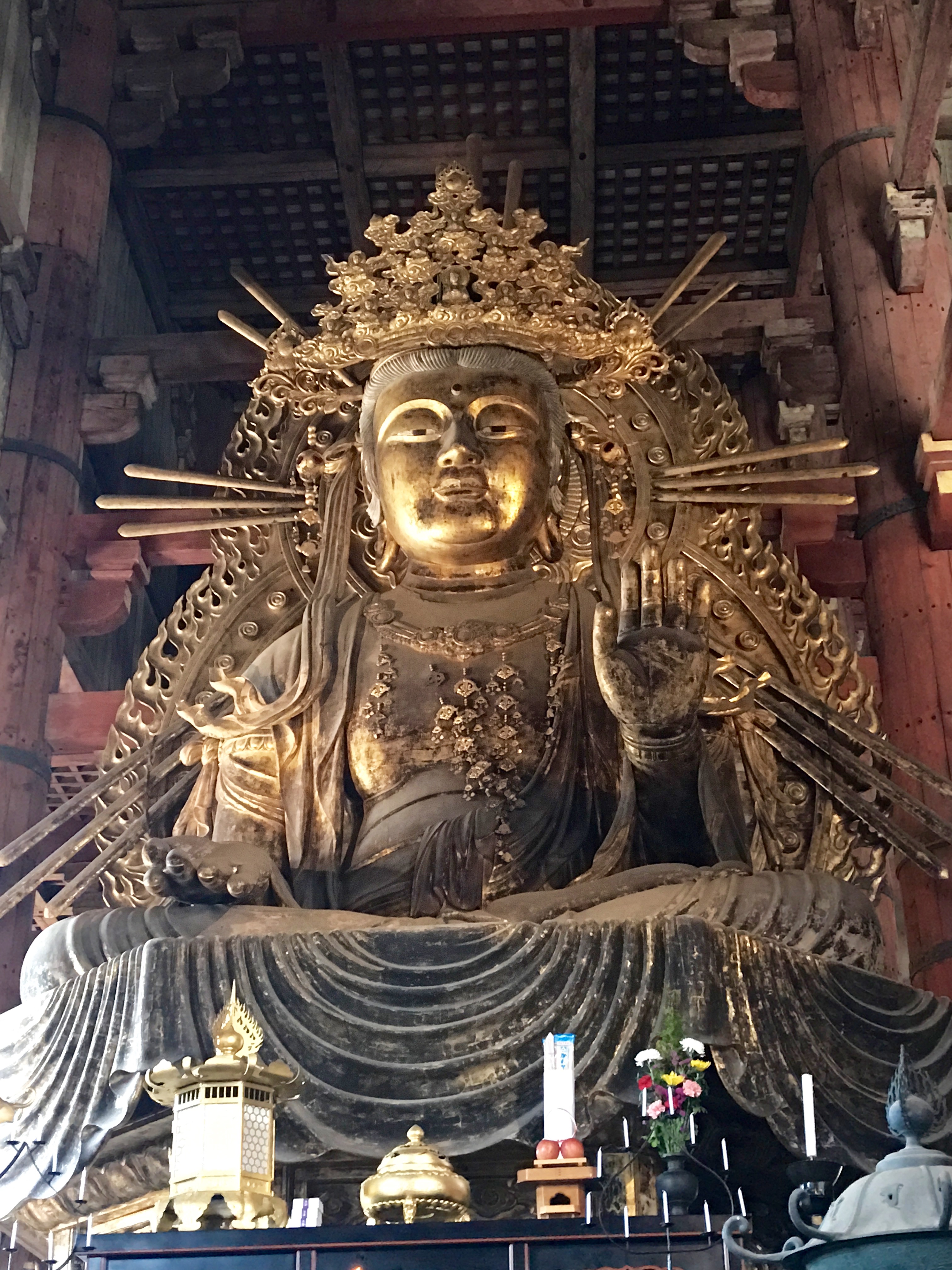 (This is a recently found account of a tour to a morning service at a Zen temple in Kyoto.) 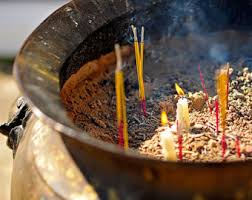 It was still a dark and cold early spring morning when we arrived a bit nervously at the impressive Zen temple in Kyoto. A young monk greeted us pleasantly. His obvious assignment was to instruct us on the proper way to walk, sit and light incense during our planned participation in the upcoming morning service. A more important but less obvious charge was to make certain that we did not exhibit any offensive behavior and that no one in our tourist group strayed to parts unknown. We were not allowed to disgrace ourselves.

We were quickly taught and mastered three hand positions for use during the service. 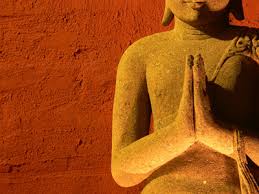 With those instructions under our belts, a loud reverberating gong resonated through every cell in my body, announcing the time for the service to begin. A solemn procession of 200 shaved headed monks filed into the temple, two by two. The senior monks, wearing slightly more elaborate robes, were at the front of line with the novitiates at the end. They took places, in perfect rows on either side of the altar.

Suddenly, the aging well-fed abbot began the service, sweeping into the room in a fabulous bright orange robe, holding a large wand that looked as if it had all of my friend’s  Betsy’s white hair on the end of it. He waved it around dramatically, for reasons that remained obscure, as he moved from the front altar to the rear altar. He  disappeared as abruptly as he’d entered, presumably having ridden the sanctuary of any lingering bad spirits, he went home to a large breakfast.

There were no random moves during the highly choreographed service. Monks glided across the floor as if they were living hovercrafts, appearing to barely touch the ground. They stood, they sat, and they bowed, dropping to their knees with their heads touching the floor in perfect unison. It could make a Rockette weep.

The collective baritone voices of the 200 monks chanted the sutras to an insistent drumbeat. The drumbeat was hypnotic and I had to stifle a strong impulse to tap my feet. In my mind, I was doing an improvisational dance. I must admit to being in awe of the production values of this service.  Watch the video above to get a sense of the pageantry.

When our group was called upon to perform our incense lighting part of the service, we all performed demurely and perfectly (at least to my eyes)… walking towards the altar, two at a time, with hands in the #1 position, reaching the incense bowl and placing a pinch on the brazier, moving to the side, bowing, and then returning to our seats, again with hands in #1 position.

It was exhilarating to become a part of the service, rather than an observer, if only for a few minutes. When the service ended and the monks had filed out, there was no doubt that I had been blessed.

What a glorious way to welcome in and honor the new day.