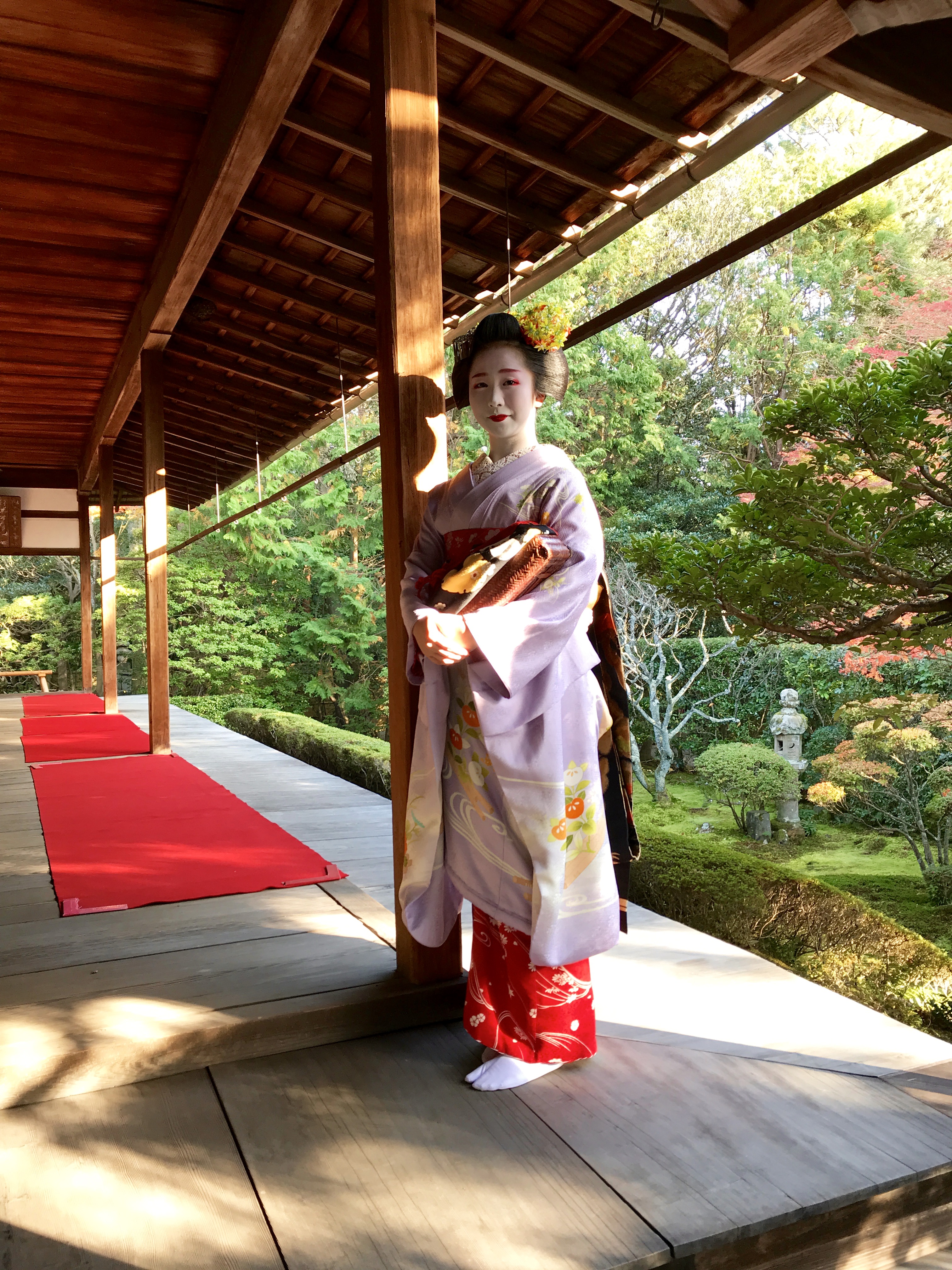 You think you have trouble remembering names? Just try remembering the names of a few dozen of the 1600 temples that are here in Kyoto!

After dozens of years of visits, I’m still often in a state of confusion when it comes to identifying which temples I’ve visited. It frequently happens that I don’t think I’ve been to a specific temple, only to arrive and become aware that it’s VERY familiar. The images stick, but the names vanish. Don’t look at me to temple name drop.

Anyone who calls Kyoto “home” is able to rattle off their names; Tofukji, Myoshonji, Kyomisaderu,Nanzenji, Sanjusangendo, Ryoanji, Honen-in, Daituokuji,Kinkakuji,Ginkakuji. These are a few of the very famous ones. But what was the name of temple that had the killer view of the pond garden from indoors and where was it we had that amazing dinner? Where did we go for the special healing ceremony last spring? Which temple had that drop dead autumn illumination that made me feel as if I’d dropped through the rabbit hole? 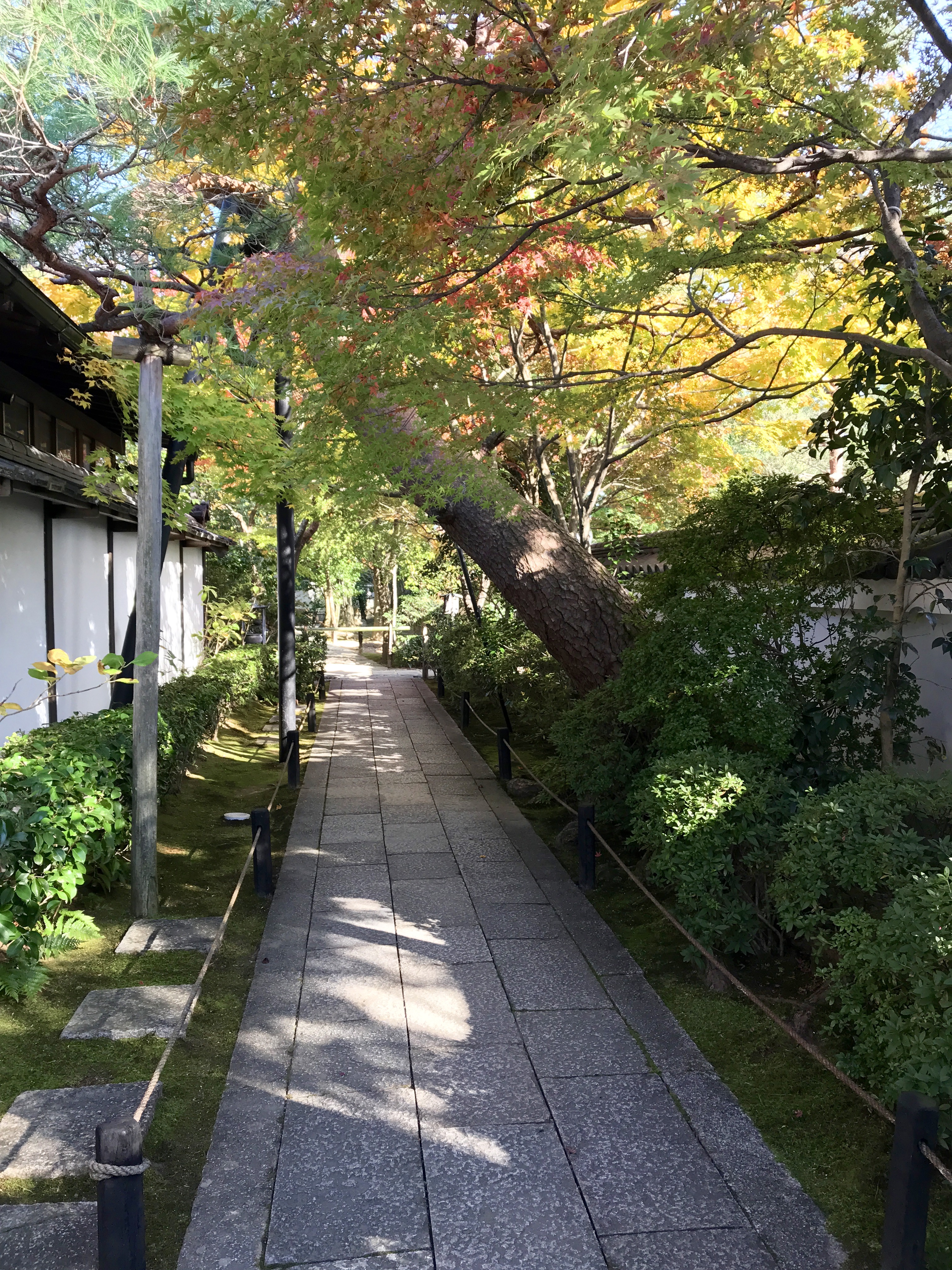 The walkways lead onwards, never immediately revealing what they contain. 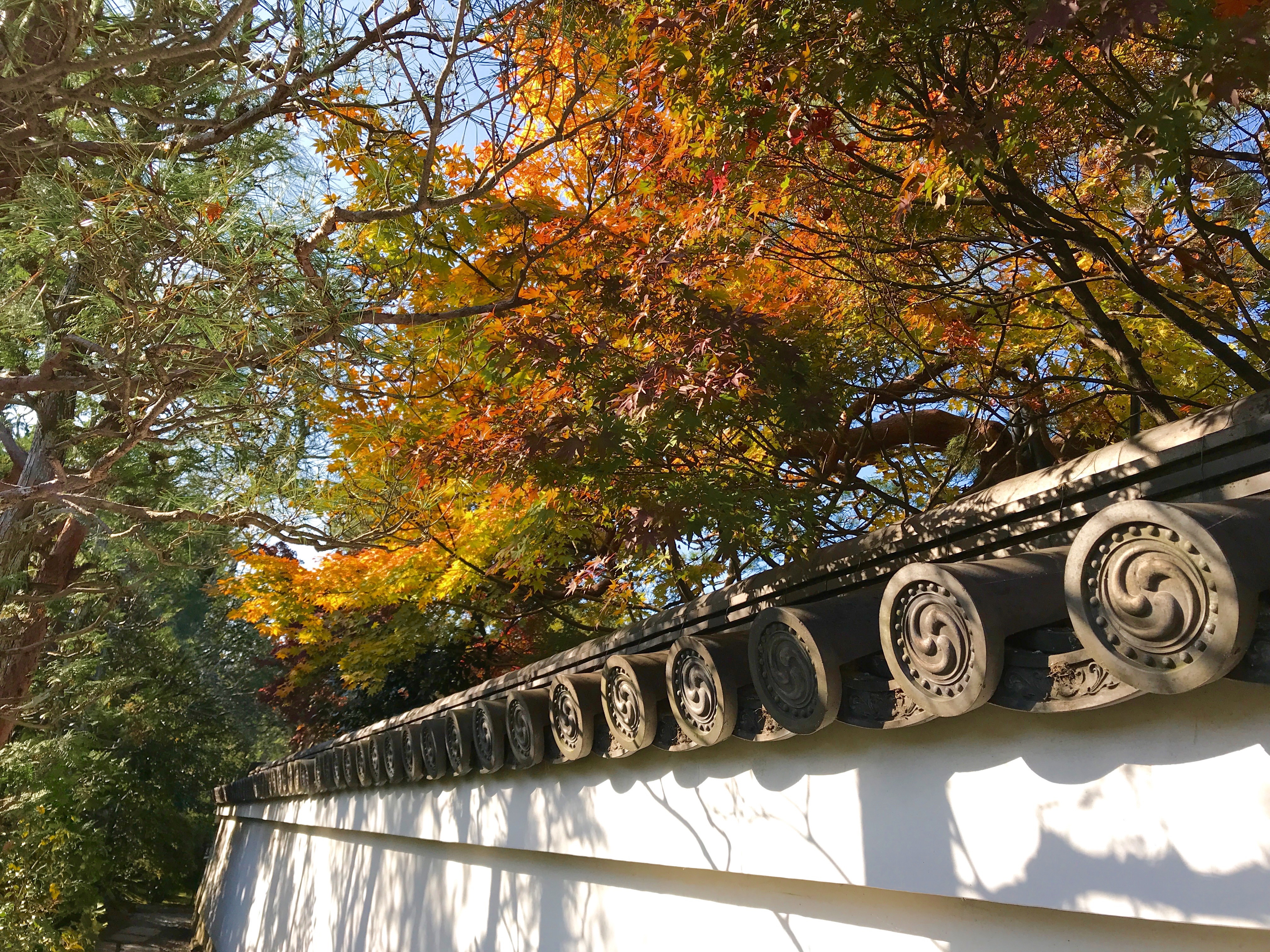 The temple structures often share similar architectural features. Many have unforgettable gardens and beautiful walls. Generally, if I’ve been to a temple about 5 times I can put it in a safe column of learned name. About the same pathetic record I have when being introduced to someone after 4 or 5 times.

I can easily visit the same temple many times because I always will notice a different detail than I had at an earlier visit. The gardens will look profoundly different each season. The ancient cherry trees undressed are nothing to look at, but dressed in their lavish blossoms, you’d never know it was the same tree. It’s a little bit like the way I feel after getting dressed up in a beautiful article of clothing.

When I suggested that my husband and I visit Myoshinji, I’d forgotten that I’d seen it several years ago. i.e.at least one of the famous sub-temple gardens, Taizoin. Seeing it again was like revisiting an old friend. I was happy to become reacquainted.  It was especially sweet because we were two of very few visitors. 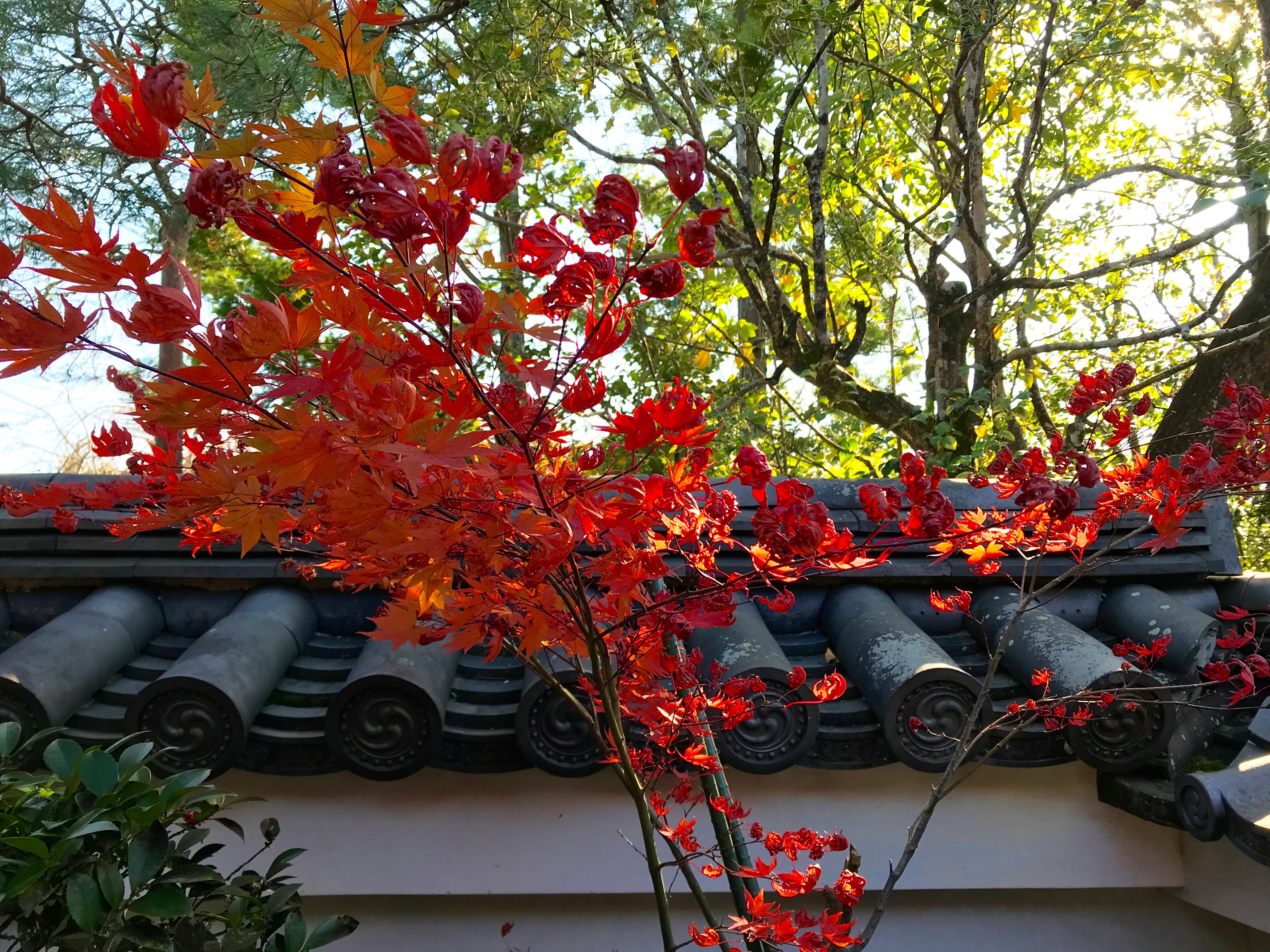 The intention of a temple gate is to separate the sacred world from the everyday. A profound shift happens to me each time I cross such a threshold. There’s another world just a few footsteps away. It’s an opportunity that is here for taking in Kyoto. Some visitors grow weary of traipsing through the temples. If I were in a large tour group, I would hate it. I need to proceed at my own pace, lingering and attempting to soak in the sublime atmosphere. 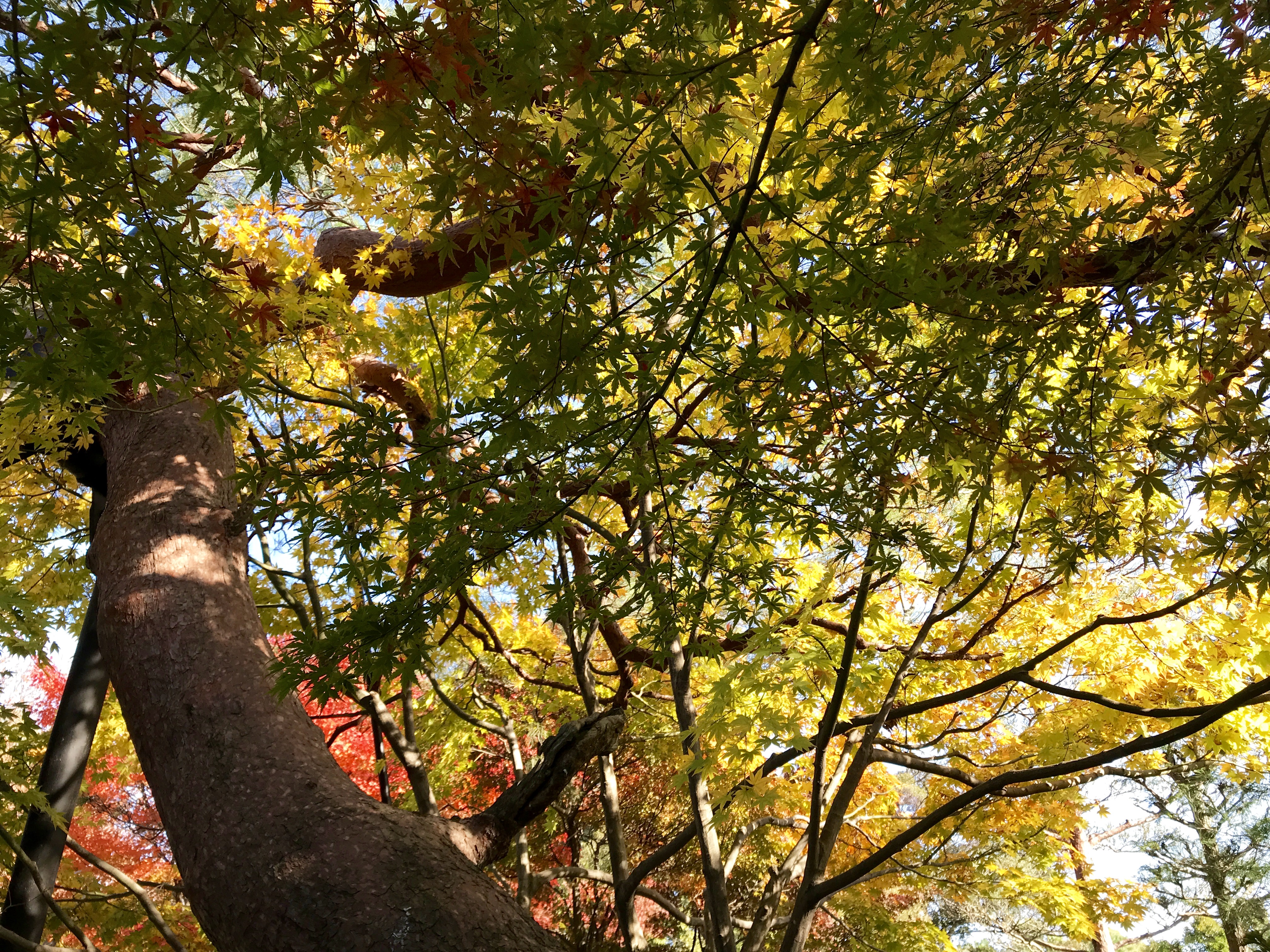 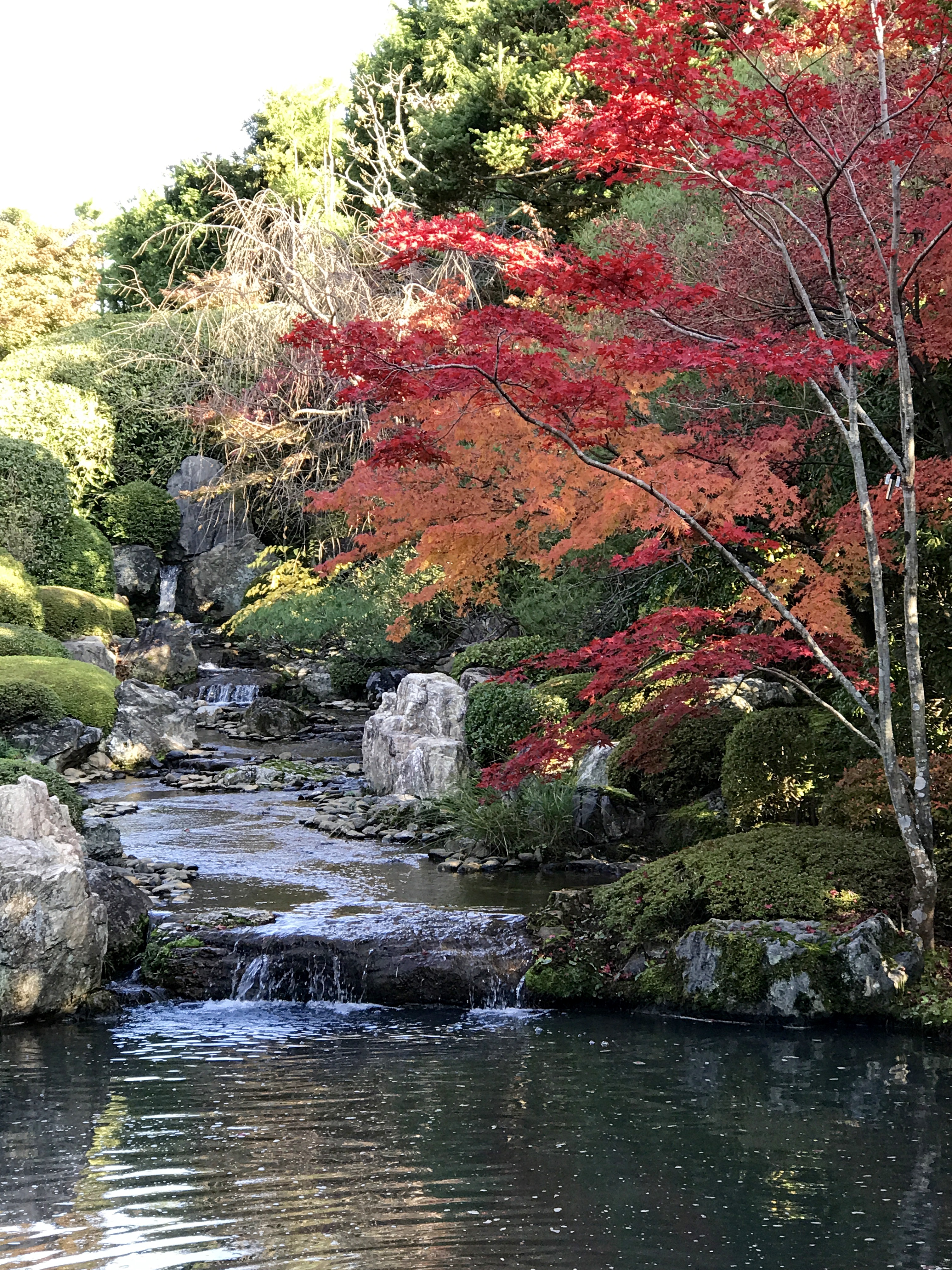 I am not so interested in some obscure meaning given in a guide-book that will tell you what the placement of each rock and island is supposed to mean in a zen garden. I am much more interested in the inspiration that allowed the designers, hundreds of years ago, to create such visions of paradise.

We came across a maiko being photographed and asked to photograph her too.