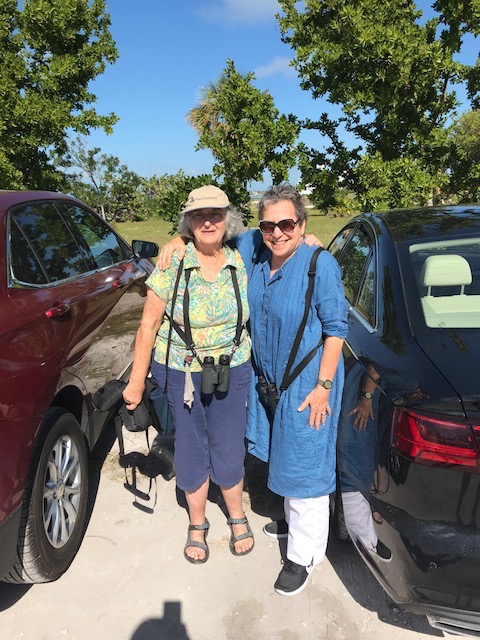 Some Things Do Endure

A favorite activity for many of us this time of the year, is to review photographs of the past year. It always amazes me that many of “the year in pictures” photos I see have almost been forgotten in the course of a year. We live in such a fast-paced popular culture! What we thought was shocking, unimaginable, unforgettable quickly passes into ancient history, replaced by the most recent shocking, unimaginable, unforgettable event, which of course will ultimately be replaced by the most recent scandal. Overall, the general message of the ending year is that all things must pass. But that’s too painful for most of us to dwell on so instead we put on an artificial gaiety to cover our anxiety. But this year, I’ve been happy to discover that some things in my lifetime, in this case, friendships, do endure!

Relationships. Some burn hot and flame out; others, on a slow simmer, never rise to importance in our lives. What makes the difference?

A few days ago, I got to reunite with a girlfriend from childhood. We were in elementary school, junior high school and high school together, but our friendship didn’t really take off until we were both in college and spent summers hanging out together. They were the quintessential simple summers that coming of age movies (usually male) have been made about. Following high school, she and I spent weeks together after work, just hanging out, lying to our parents about our whereabouts, talking about the future, sharing a love of jazz, and looking for interesting ways to fill our time during the long summer nights when not much of anything really happened, but felt as if it should!

We both came from socially conservative mid-century families, she Irish, me Jewish. We lived at a time that hadn’t benefited from the women’s movement. Our parents’ goals for us were to keep us out of “trouble” and ensure we soon find someone of our own faith to marry soon and live with happily ever after. She and I, however, questioned everything our parents believed and found ready companions in each other eager to explore answers that felt relevant to us and our growth.

Some summer evenings we went to hear a few local jazz musicians at a dark nightclub/bar under the railroad tracks in a neighboring town where we could get served drinks. Smoking and drinking until my curfew hour, talking about boyfriends, it felt slightly dangerous and very cool. She and I talked a lot about the wisdom/danger of going against our parents’ wishes, expectations and controls. One summer, we became obsessed with Ravel’s Bolero . That summer we were possibly urged on by the insistent rhythm of Bolero, we briefly schemed about leaving college to hitchhike across the country together to Big Sur. I’d read a compelling article in LIfe magazine about the area, and it seemed like a perfect fit for us two wannabe Bohemians. The reality was that neither of us had any money and my friend soberly suggested that she didn’t want to go to Big Sur to spend her life working in a “greasy spoon.” That quickly put an end to that fantasy, largely because she had restaurant experience and I had none and couldn’t figure out what I could do once we’d arrived.

The pop music of our times were such pleasing lightweights as “The Battle of New Orleans,” Twilight Time, “It’s Now or Never,””Tossin’ And Turnin‘,” and the weirdest but most beloved hit of all, Alley Oop. But if I had to pick a soundtrack of that era, it would be Nina Simone singing “I Loves You Porgy,” any recording by Miles Davis, or any of the recordings of the Modern Jazz Quartet at the Music Inn.

As life moved forward and we graduated from college and left home, our opportunities to spend time together vanished. We lost track of each other for years. I was anxious about what we would have in common when we met up for the first time in decades about 8 years ago. I need not have worried.
This year, we found ourselves in the same state over the holidays. We were both overjoyed and determined to visit. We did. Just as before, the years between us vanished. We were both different people in many ways than we were in our youth. But underlying the physical changes and the vastness of very different life experiences, we were just the same. Two friends still very much on the same wavelength. Two friends just amazed and delighted spending time together after all these years. Two friends who share an instantaneous and seemingly indestructible understanding of each other. Two friends who many years ago raised a little hell together and like to think anything is still possible together, despite the fact that our aging bodies might be signalling otherwise!  Viva la illusion!