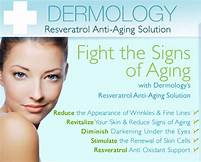 Return to Youth with Anti-Ageing?? Get Over It

Can we please eliminate/eradicate the term anti-ageing?

There is no such thing. Anti aging=death. It’s a ridiculous phrase. It’s added as a descriptive term to advertising far too frequently. It’s understood to be undeniably positive, promoting everything from diets to yoga, face cream, lipstick, underwear, to acai berries. Let’s be truthful. Anti aging = anti-nature. Can’t be done. Don’t waste your time or spend you $$$. Or give it credibility. 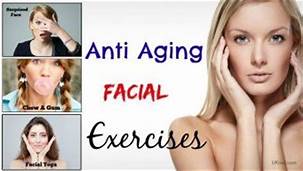 We all age at different rates. If you’re like I am, you have already looked around at people your own age, wondering how some look so young, or what happened to make others look so old. There’s a wide variation among us. Some things in life accelerate the aging process, but if you have the pleasure (let’s hope) of living a long life, YOU WILL AGE SOONER OR LATER. Better to face it, than to flee.

Just as mid-life provides us with an opportunity to examine our lives and make changes as necessary, ageing provides a similar opportunity if we can jettison all the nonsense that surrounds it that just isn’t worth the dwindling time we have.

The somewhat obvious spin-off of anti-ageing rhetoric is designed to make us dissatisfied with ourselves and our naturally ageing bodies and minds.  It does just that if you don’t have your ears perked up and call it out for what it is.  It’s ultimately anti-life.

I don’t want to be approached by a pretty young thing patronizingly offering me a creme to make me look younger. Fuck off.  I’ve earned my place in life and I’m quite ok thank you very much. I’m not ashamed to look my age although I must admit to being a little too happy when I’m told I look younger than I am!  Old thought patterns don’t let go so easily.

I have zero desire to strut around in very high heels to make my body look better.  I’ve already played that painful game.

Now that I am approaching my late 70’s, I see ageism all around me. In myself too. We are SO culturally conditioned. I don’t like it in myself . I resent it in others . But, I’m becoming more and more aware of it. I’ve decided to become active in identifying it when I see it and calling it out. Others are doing it too. It’s well past time to be realistic, don’t you think?

… the success of the anti-ageing industry that caters to the needs of the elderly, like alternative medicine, it owes much of its success to its fundamental, albeit ambiguous, relationship with science. This particular sector in consumer society is shrouded with an aura of science that is used for the promotion of a variety of goods. It thrives on symbolic uses of science, while passing over its requirements for experimental evidence, peer review and official regulations. The aura and the discourse of science are skilfully applied for product enhancement in response to a fast-growing demand from the ageing public (see McConnel & Turner, page S59).