Opening to a Different World

My pores are opening to my new world.  I’m a little like a bi-valve when I fly.  Part of me shuts down/closes and waits patiently to arrive on another shore.  If there are periods of turbulence, I shut myself off even more. 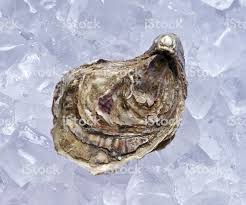 My flight to Japan was truly fine, considering the distance traveled.  I did not have a window seat and my window seat mate upon being seated immediately closed the window shade and put on his tv monitor, thereby  shutting off any connection with night/day/clouds or light for the duration of flight (11+ hours).  I hunkered down, swallowed a sleeping pill, and waited, sleeping a bit.

Emerging on the other side of the Pacific, I had no trouble talking myself into a taxi ride to Tokyo.  A man approached me, speaking a little English. I know I had that just-flew-across-the-ocean dazed-look that made me an easy target.  He offered to take me to Tokyo,   “Do you have a taxi?” I queried suspiciously.  He pointed to his nose!  That’s a gesture I’m unfamiliar with, but, for some strange reason,  it was enough for me to decide to follow him.  He took my luggage, pointed to a bench and just said “wait.”

As I waited for him, I thought about my really unjustified trust in this man. I was too tired to find another more obvious method of transportation.  Before long, he drove up to me in a large van with enough room for at least 12 passengers.  Or would they be 12 kidnappers who would hold me for ransom while leaving me locked up in small cell, torturing me intermittently?  Once more, I asked the man, is this a taxi?  He pointed to his nose once again. I wasn’t making a lot of headway, but I decided to get in.  I did try to check out one of the doors in case I needed to get out quickly.   It was dark and I couldn’t see a door handle.  I decided that he’d probably locked it from the front anyway. Now that my breathing was a bit stronger, I might actually be able to run 2 or 3 feet and get a head start in a pursuit, in case I had to make a run for it.

I felt a bit of relief when he followed a sign towards Tokyo.  At least he wasn’t taking me in the opposite direction to some vacant concrete deserted building (Like I saw in Homeland) .  We rode along for miles, silently and uneventfully.  I tried to assure myself that my mind was a victim of all the awful news I’d been taking in recently.  After all, I told myself, I’m in JAPAN, a country know for being one of the safest in the world.  Or so I proudly told someone just yesterday.  Was I going to have to eat my words?   I remained vigilant, watching for signs, whenever the road offered options, that we continued to head in the right direction.  So far so good, maybe it wouldn’t be a vacant concrete building, but a place in central Tokyo?

Then I thought of a new question for my driver.  Do you know where the hotel is?  “I know, I know, nice hotel,” he responded.  I wasn’t sure if I believed him since the hotel is a new one.  I realized that question really didn’t accomplish much.  But at least he knew he was being watched.

We followed a sign towards Ginza, the part of the city I needed to go to.  Yes!  Relax, Dianne. Then just as the plane ride had ended, this car ride ended with us directly and safely in front of the hotel.  Thank you Lord.  No need for any heroics tonight.  My defenses relaxed as I entered the comfortable world of the Japanese hotel. I felt relieved and happy as I deposited my baggage and went out for a leisurely stroll, with no need to run from anyone.

A few pics taken:  and a p.s.  in the light of day, I figured out that pointing to one’s nose, must mean, it’s mine!