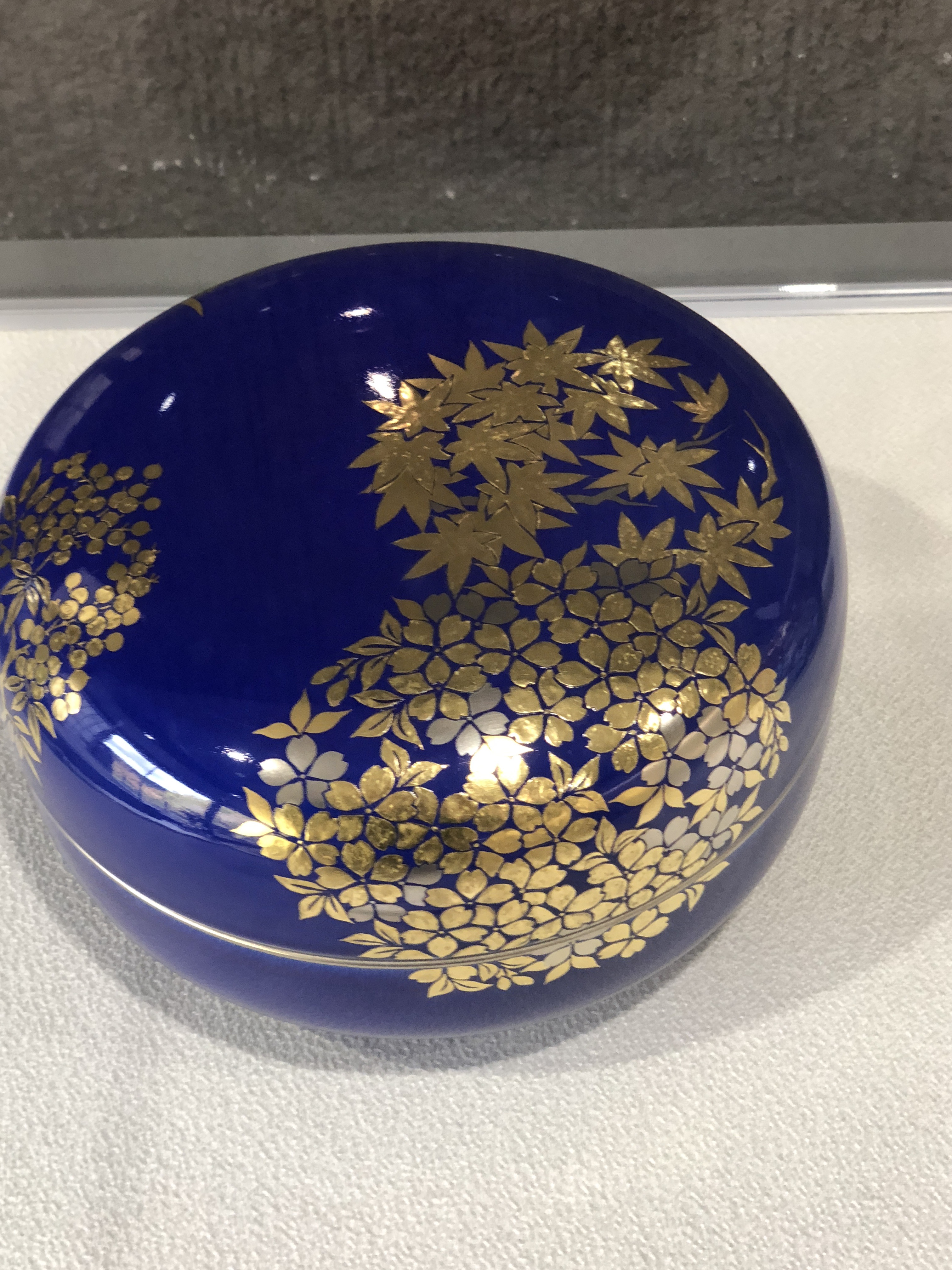 Things My Mother Taught Me

It’s impossible to overstate the role that ceramics plays in daily life in Japan. It’s equally impossible to deny my obsession with it. Another impossibility is to give a comprehensive overview  of the role ceramics plays in Japanese history and culture. There are books and experts on this subject.  I consider my self an admirer. A slightly obsessed admirer.

It’s all my mother’s doing.  She loved dishes!  She loved good china and antiques.  One of the strongest memories of my childhood is going antiquing with her while we were away at the beach on a rainy day..  She came across an antigue epergne made of cranberry glass in a small antique store. It was instant infatuation but very expensive for an independent grocer’s wife.  No Matter.  She bought it and made me promise never to tell my Dad what she paid for it. It graced every special dinner table at our home for the rest of her days. I doubt that my Dad who had little interest in such things, even noticed it. Her secret was safe. 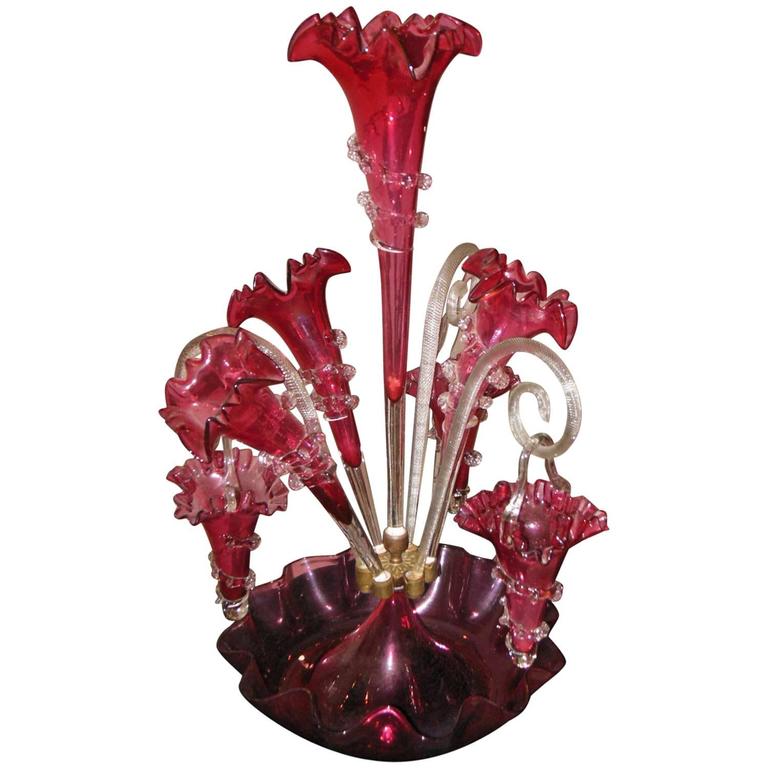 If only she had been set loose in Japan. the land where dish mix and match has been raised to an art form! Today’s young people might go in for only one set of matching dishes now, but they’re missing out,in my opinion.  Many districts in Japan have their own style of pottery, some adorned and some extremely simple.  It’s a matter of local tradition, clay and taste.  There are pottery traditions within families that go back a dozen or more generations! It’s quite remarkable.

You could spend a lifetime studying Japanese ceramics, but I don’t have that sort of brain. For me, it’s just like my taste in wine, I know it when I taste it, but don’t ask me for its provenance. 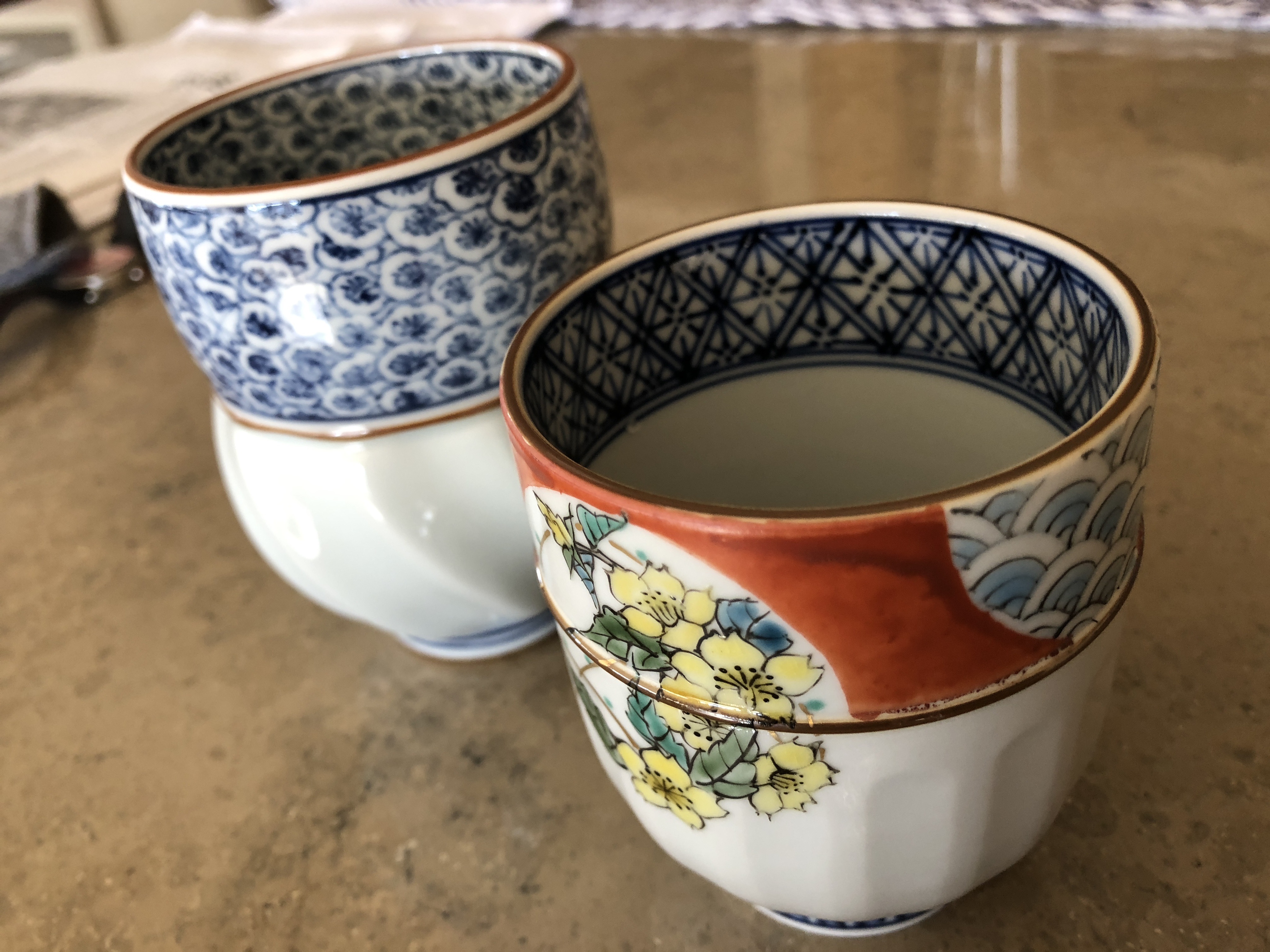 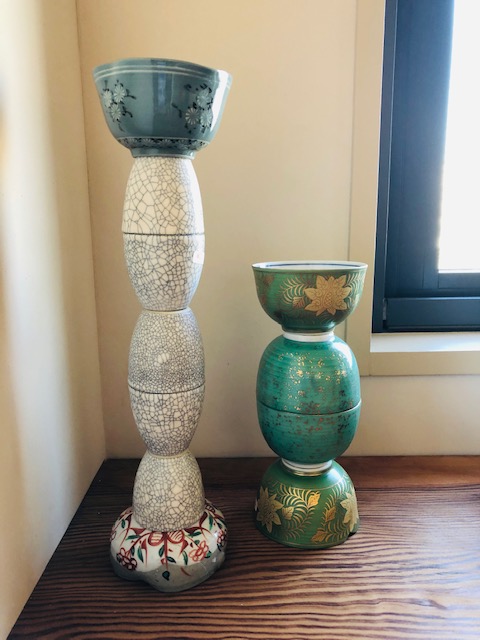 With all this in mind, I made my way to a pottery sale yesterday, astonished at the low prices and feverish with desire to try to make a ceramic sculpture. Kyo-yaki (pottery made in Kyoto) can be quite decorative, some to my liking, some not. Most of what was on sale was functional. There was a fine selection at the sale and I left feeling very satisfied with myself (yet again). Nothing that seemed of collector’s quality, but ceramics I can use daily with no qualms. Or experiment with (see above).

Prices are often high here for high quality ceramics. A lot of thought goes into choosing ceramics for dinners and tea ceremony  Serious students of ceramics apprentice and study for years and years.

I think a lot on sale was surplus stock, but there were bargains to be had, for 200-300-500 yen. My mother also taught me to like a bargain. That’s approximately $2-$5 per dish for pieces that originally sold for up to $200 each.

At the other end of the local pottery spectrum, I visited an off the beaten path museum, the Kansetsu Hashimoto Garden and Museum. Unexpectedly I found a splendid display by the Kyoto Ceramics Assoc. of Kyo-yaki ceramics in a old building adjacent to the early autumn garden.  Many works were made for the tea ceremony, I’m sure.http://www.e-yakimono.net/guide/html/kyo-yaki.html

kyo-yaki (made in Kyoto ceramics) teacups.  purchased at the sale. 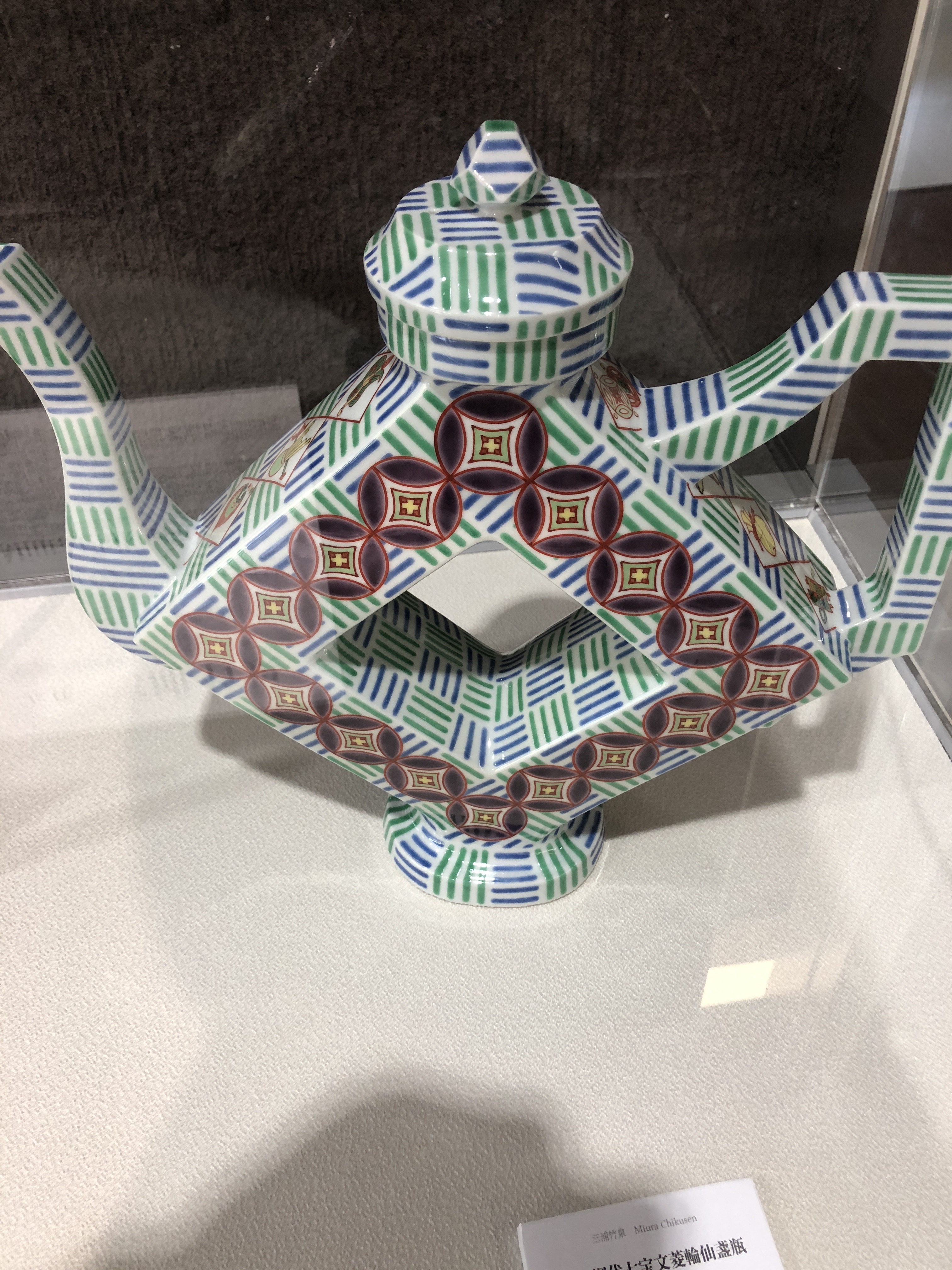 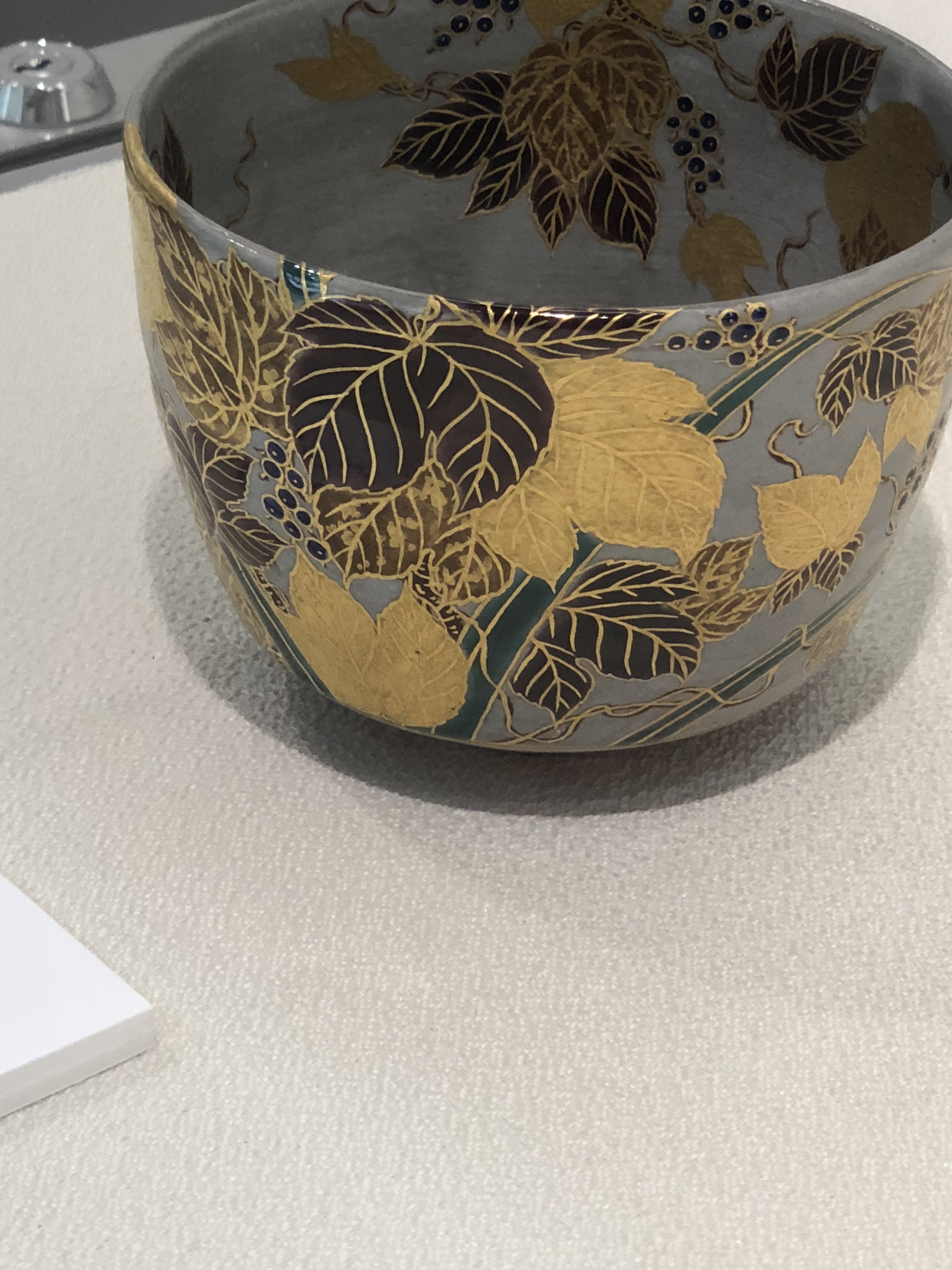 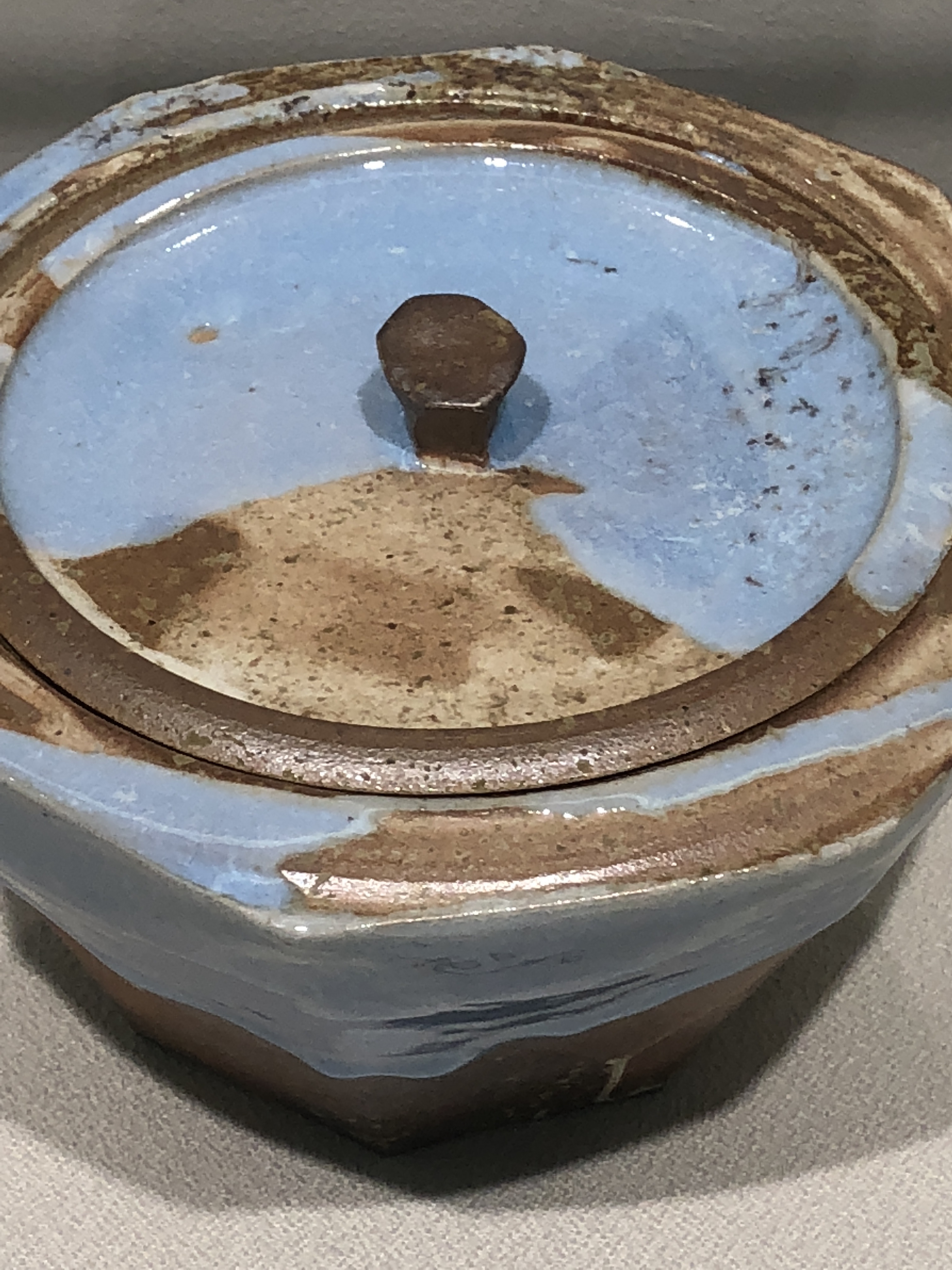 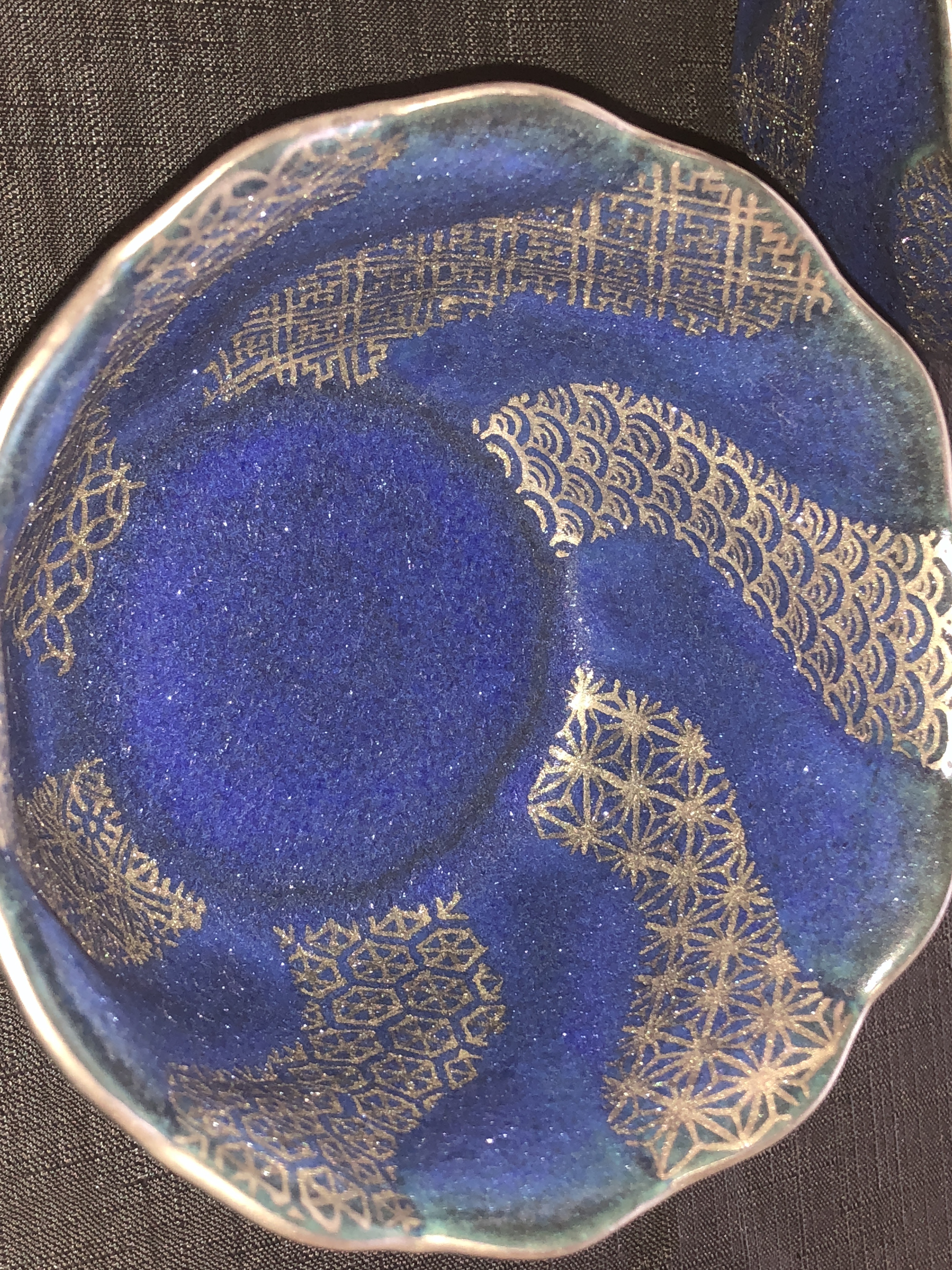 I also found the ephemeral beauty in the garden’s lotus pond mesmerizing. 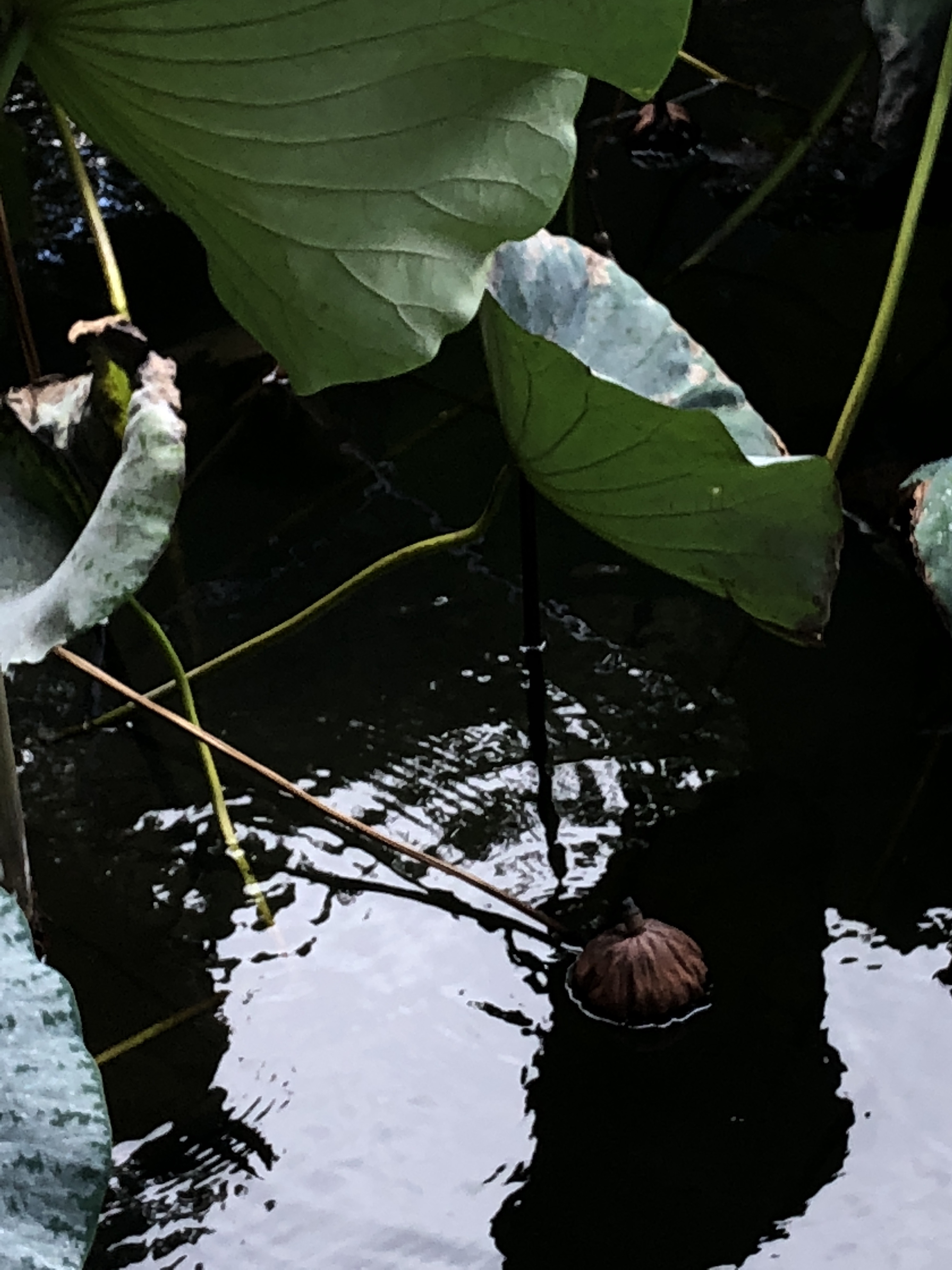 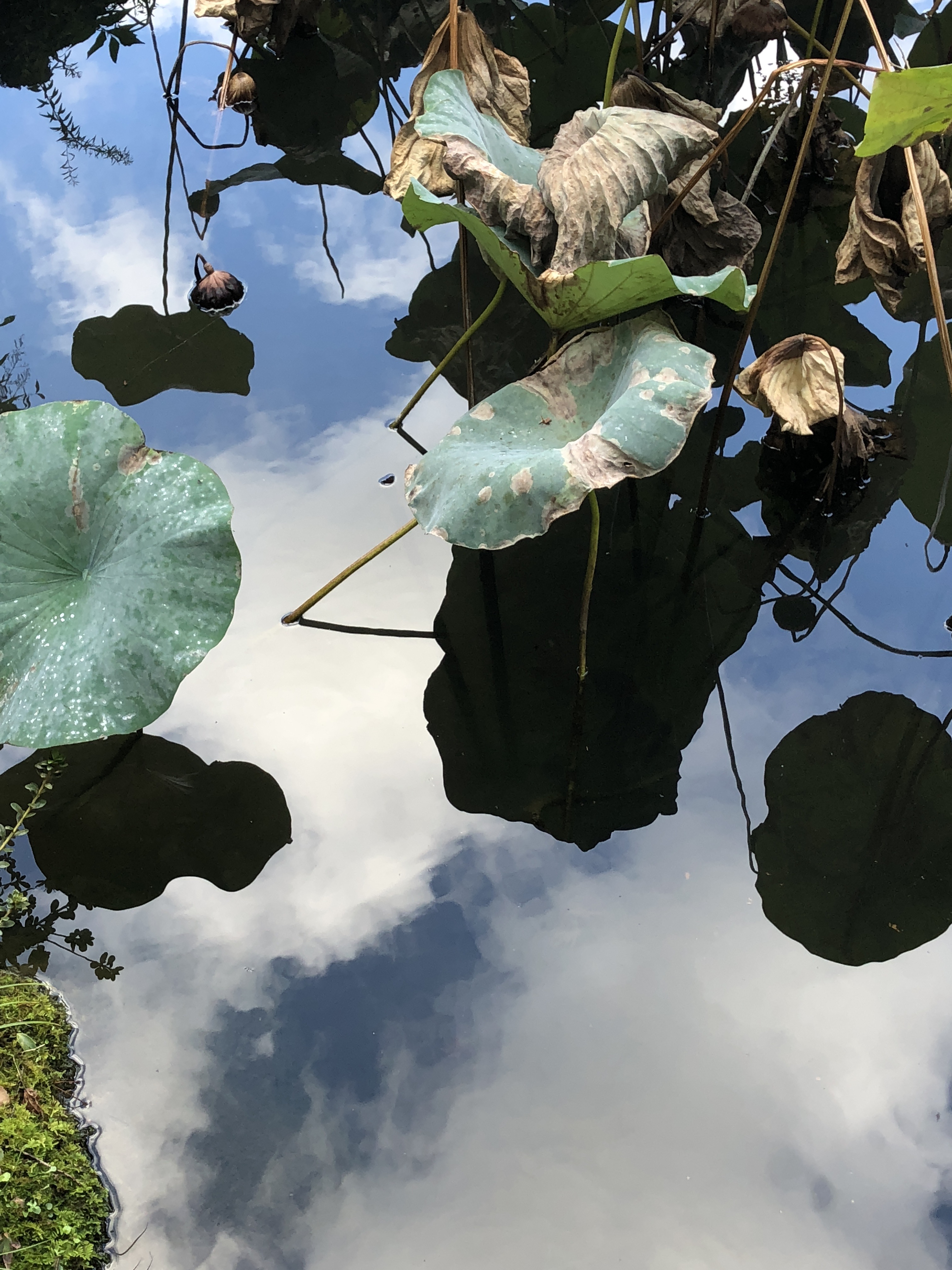