Aging Gracefully Off the Beaten Path

Since I learned to drive, I’ve always had the urge to explore places off the beaten path.  I love to follow an unknown road deep into the countryside.  The same impulse still resides in me today.  Yesterday, it took me and my husband on a wonderful detour just on the city’s edge.

Following a recommendation in the Kyoto Visitor’s Guide, we set out for the Oharano Shrine which is known to have maple trees that explode with fiery color in the fall.  Unfortunately, we were about a week too early to see the color as described, so we moved through the shrine rather quickly.  Pausing for tea in a small café, the owner knew a little English, just as I know a little Japanese.  We both enjoyed ourselves patching a conversation together that each mostly understood, or pretended to, if we didn’t.  The fruit hanging in the background is kaki (persimmons) going through the traditional process of drying, out-of-doors in the shade of eaves. 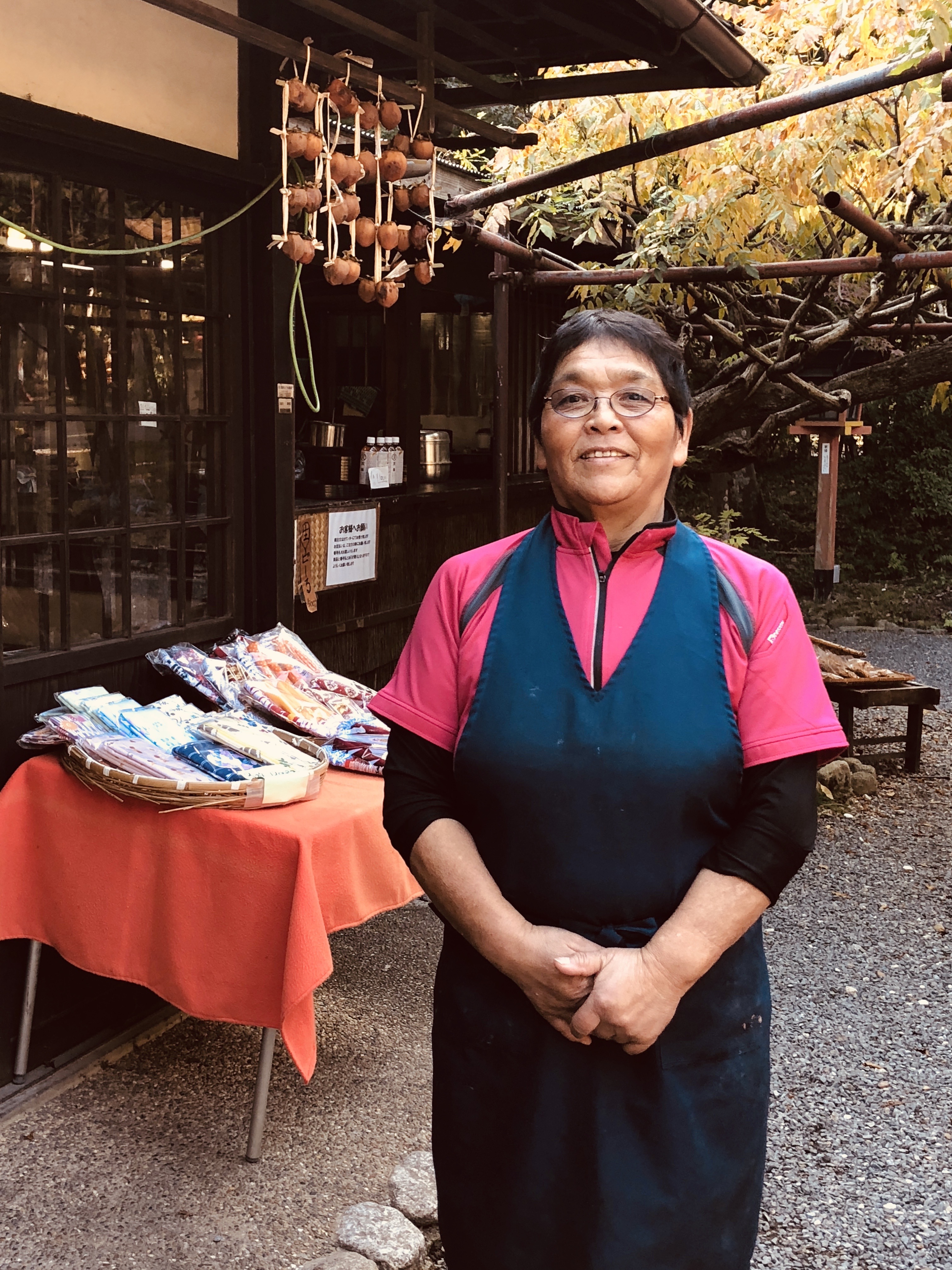 My instincts told me there was more to see beyond the shrine.  We followed a steep pathway, towards a promised temple we knew nothing about. 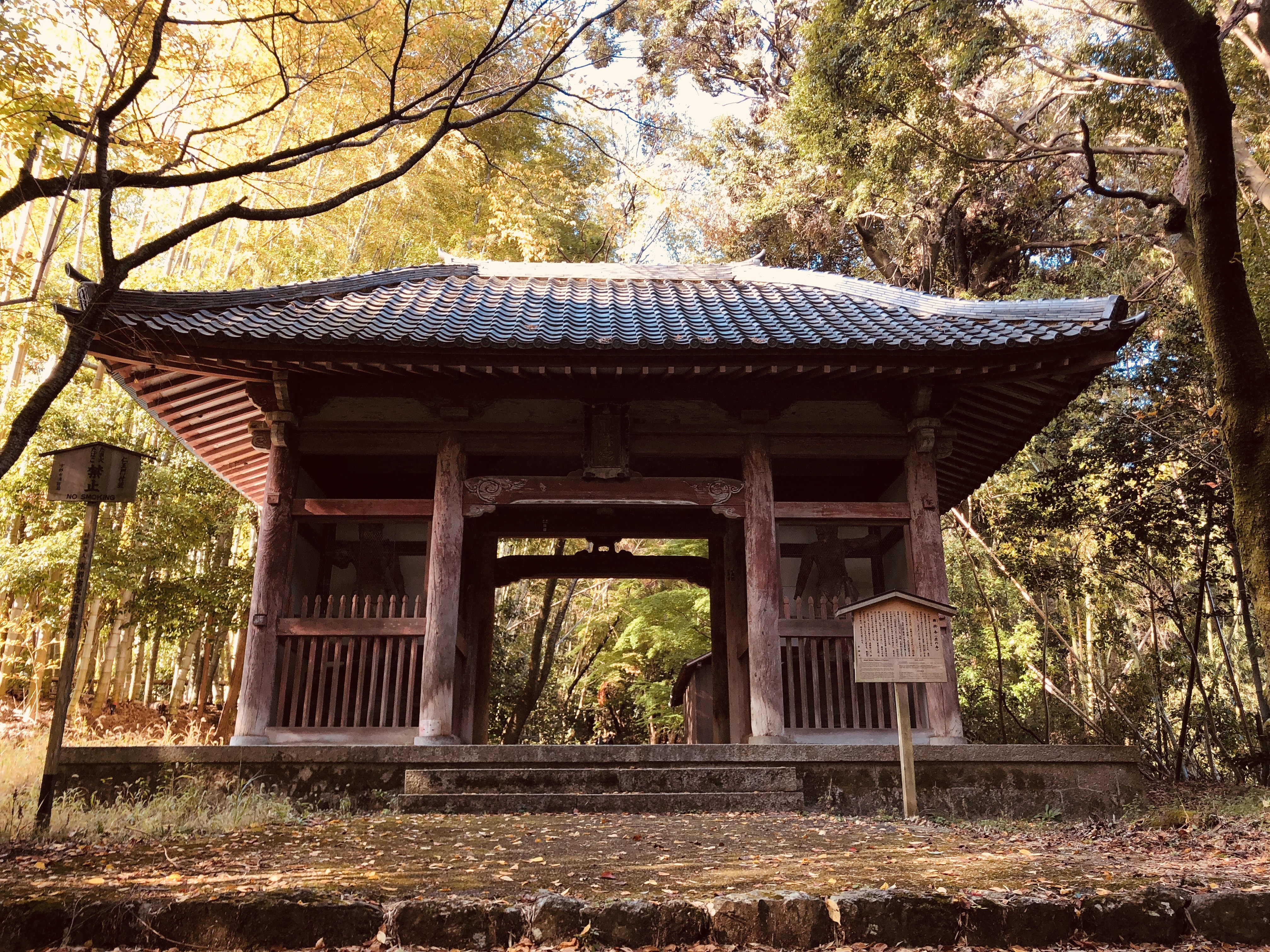 It was a haul for me, but after a quarter mile of huffing and puffing, we arrived at the ancient temple, Shojiji.  Danny led the way. 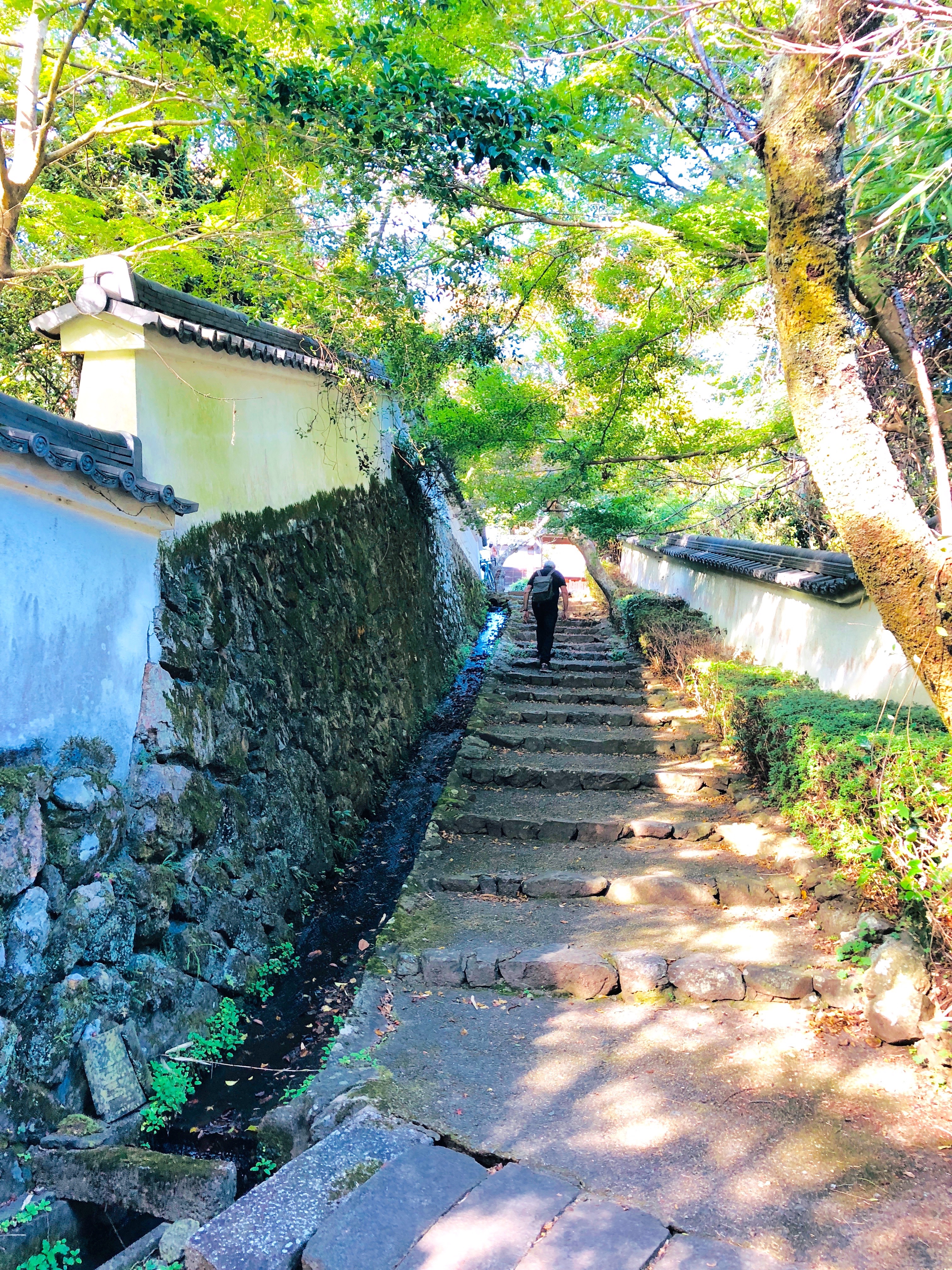 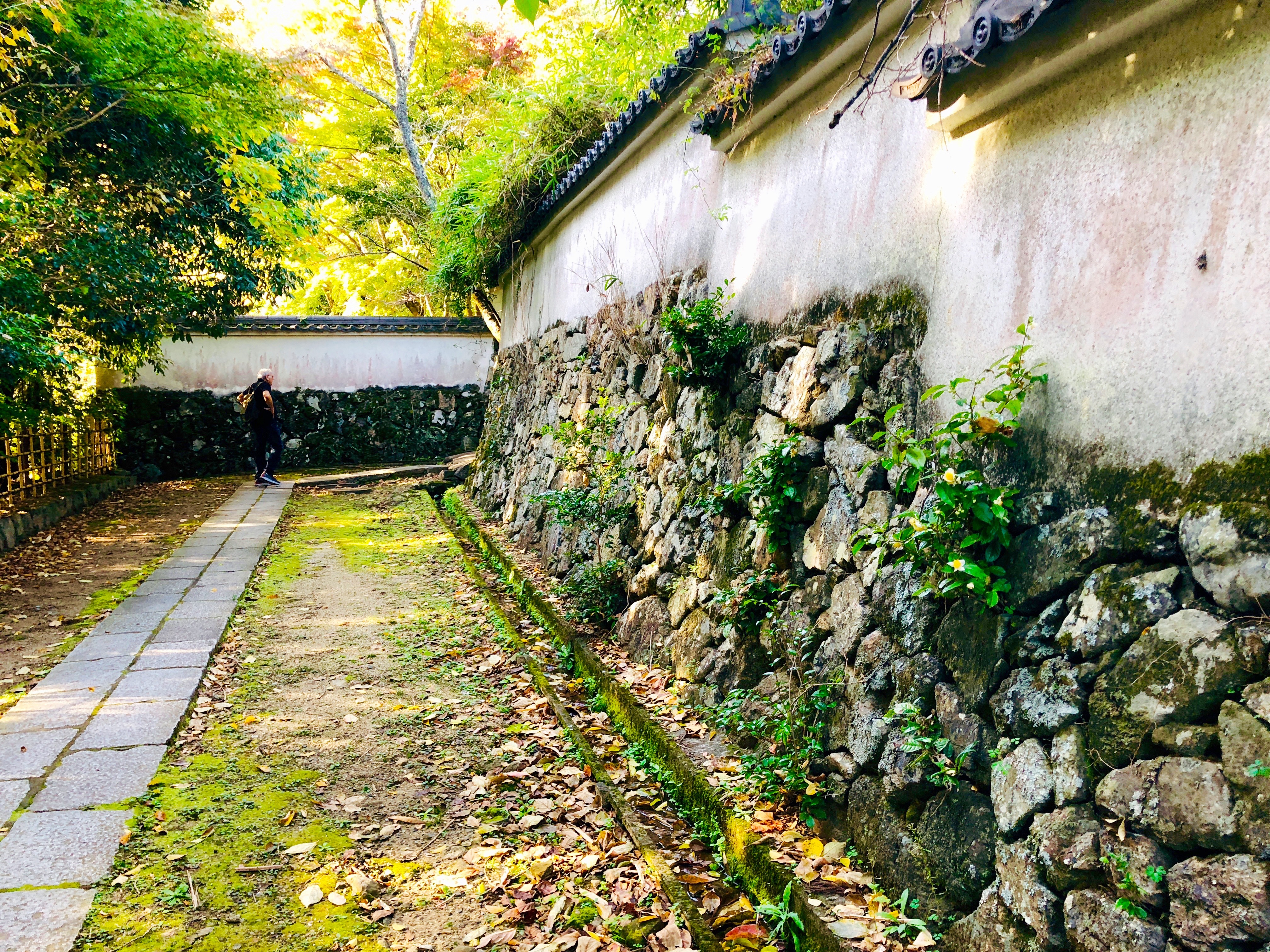 There were only one or two other visitors on the grounds.  I felt like I was in a fairy tale setting.  The beauty of the stones, buildings and grounds  were enriched by the eager plant life, which had taken over in places , encouraged by meandering streams.  Certain areas were almost hidden by the lush gloom, adding to the solemnity and mystery. 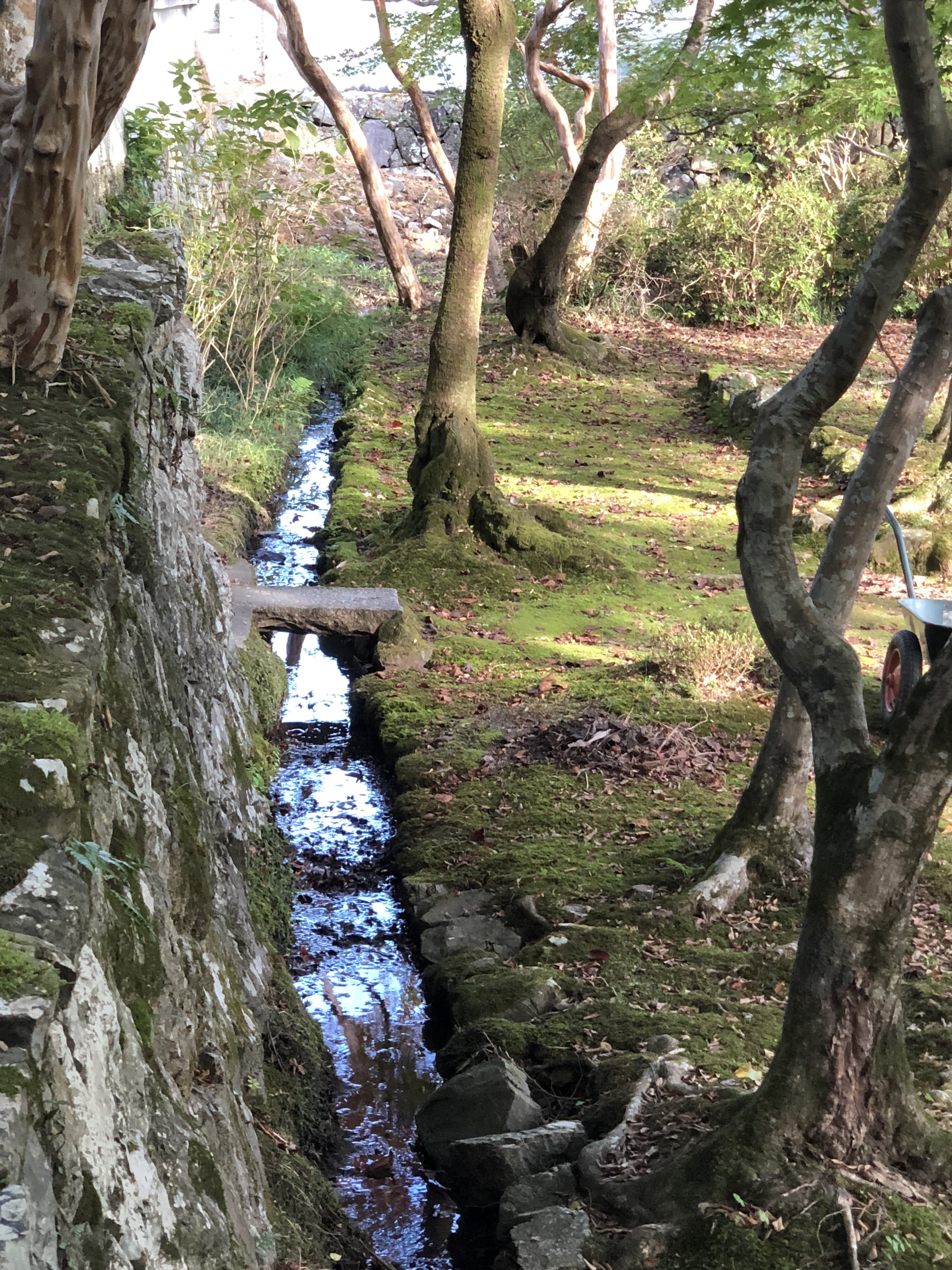 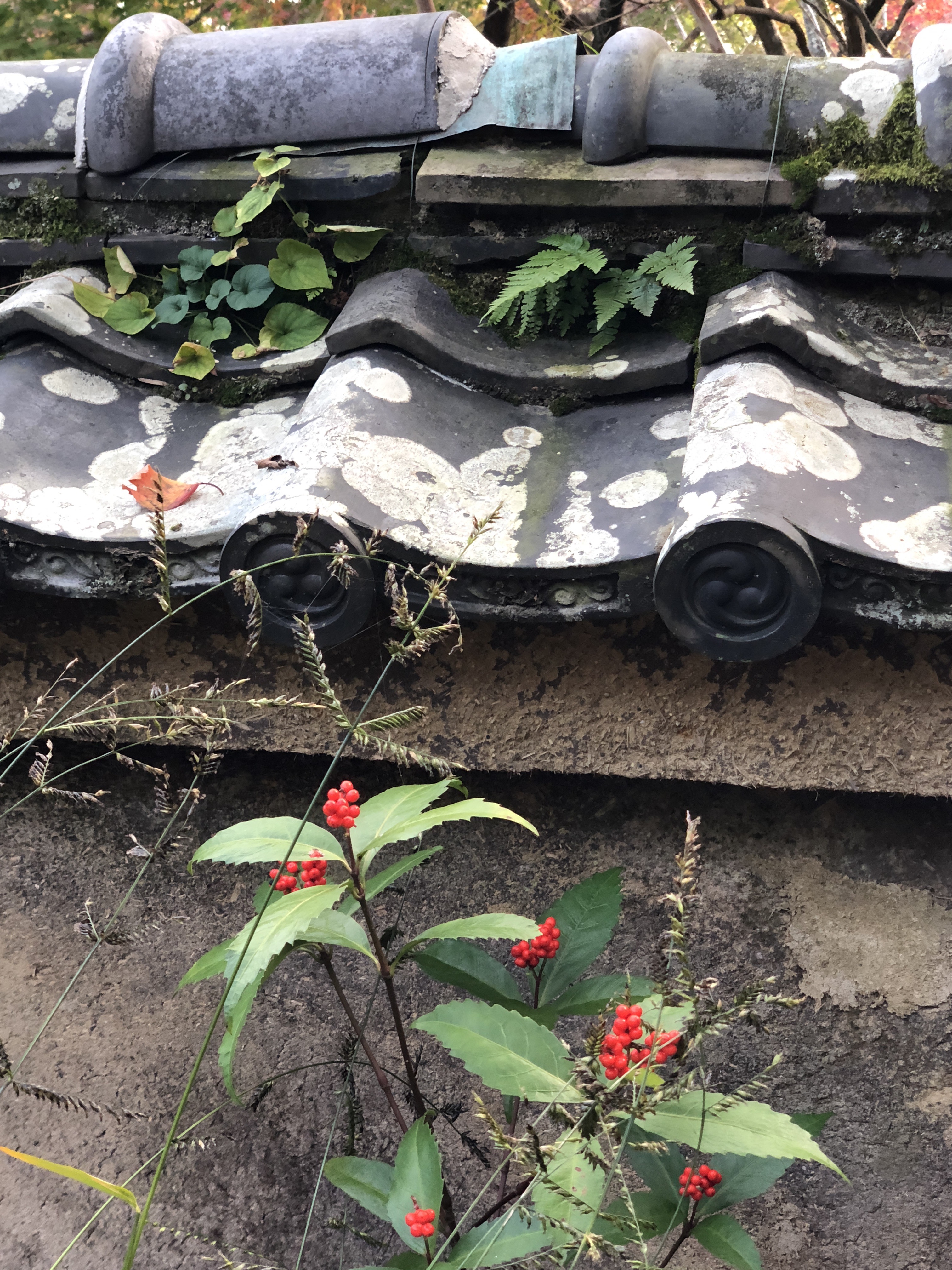 The history of Shoji-ji temple predates that of Kyoto itself. Founded in the year 686, it is known for its feeling of remoteness, as well as the hundreds of cherry and maple trees in the gardens, which are a photographer’s delight in both spring and autumn.  Bonson Lam, Japan travel 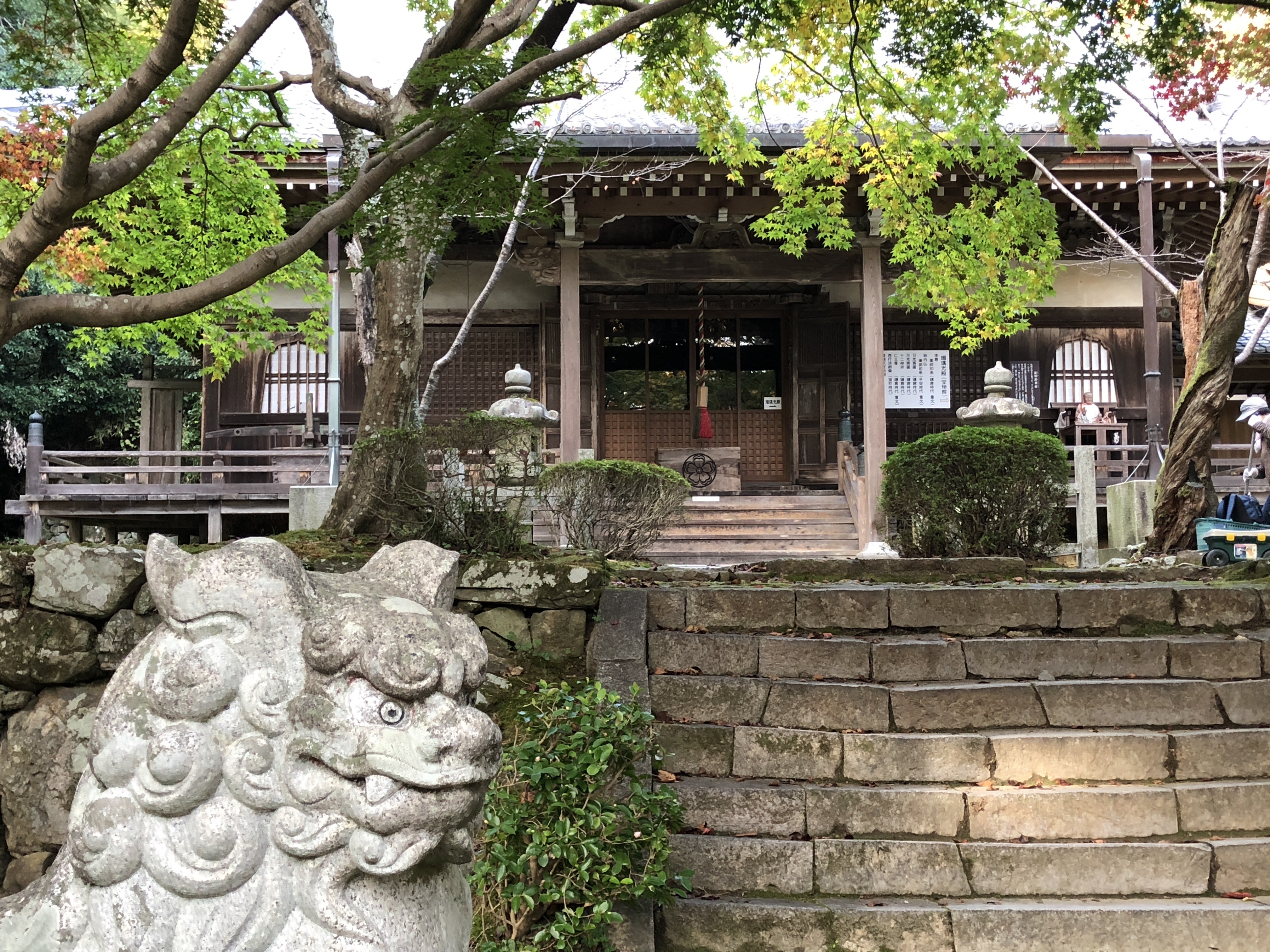 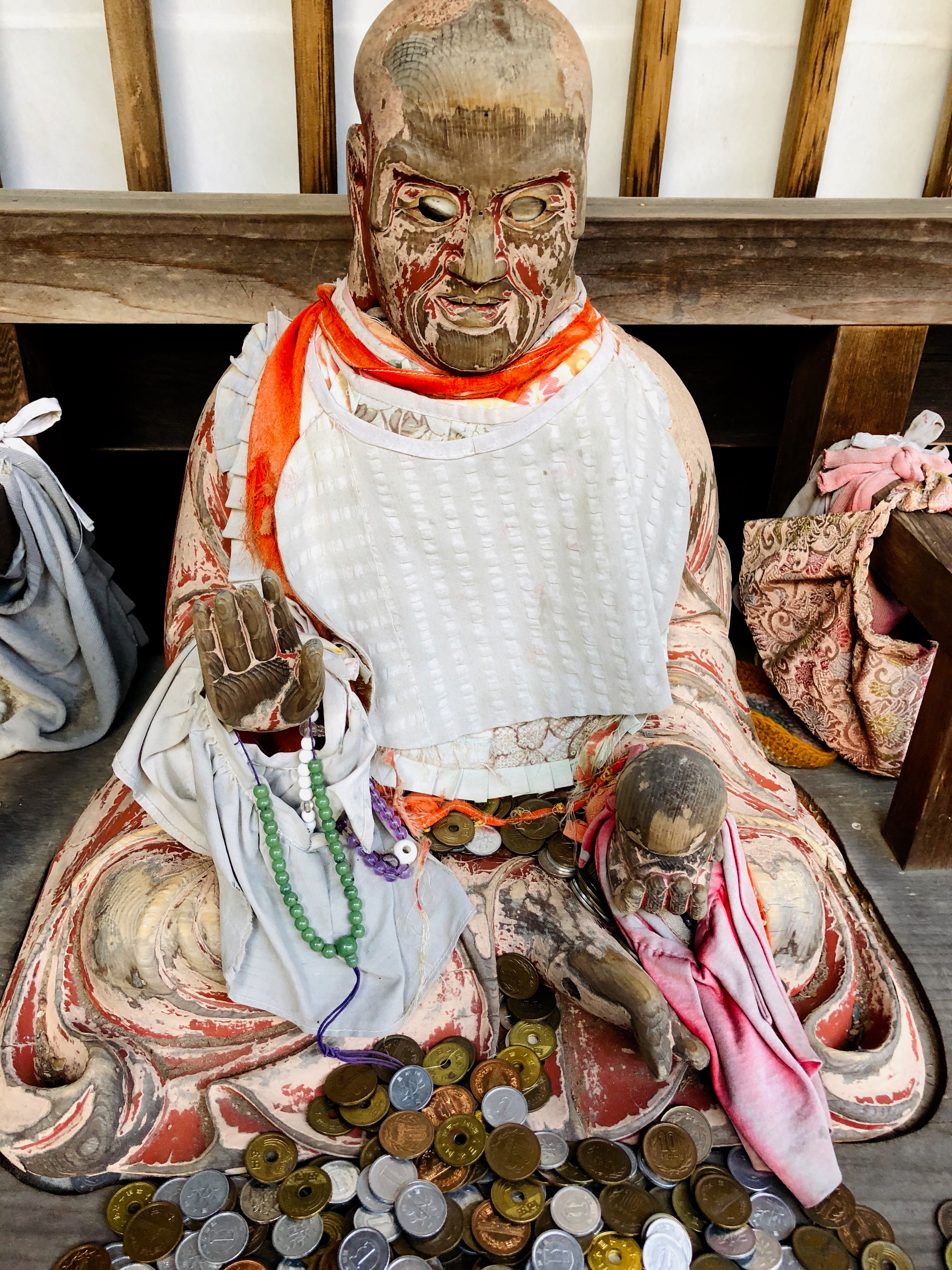 Shojiji wears her age well and proudly.  There are no attempts to hide her age.   Nature is allowed to encroach but hasn’t taken over.  The temple’s worn features are dignified and strong.  She played an important role in early Kyoto history that is still respected.  Yesterday, I became a fan.