It was was dark outside.  All I could see were small clusters of lights as our plane came in to land, but I knew the unseen rural New England landscape well. In years past this landing meant I was coming home from college or in later years for a  visit with my ageing parents, my young children by my side.  Feelings now, as then, were a mixture of anticipation and melancholy.  The melancholy was from the recognition that time was closing in on the remaining time left between me and my parents. Those disturbing feelings are a visitor that accompanies advancing age, deepening recognition that the clock is ticking and adding a bittersweet quality to events that were once never given much thought.

The empty airport concourse signalled immediately that no one would be there any longer for my homecoming. It had been decades ago, but happy images of my mother and father waiting for me remained alive, however impossible. The Christmas decorations on display looked a little cheesier to me than they had in my youth. Mounds of dirty snow were the only remainders of last week’s early snowstorm.  The cold air seemed colder than I’d remembered.  The winter coat I’d brought with me in defense of the cold warmed me, but felt heavy and oppressive.

I’d come to visit a dear relative who is being treated for a grave illness.  I was relieved to finally visit, but apprehensive too.

She was more fragile now that when I’d seen her last, but her smile still glowed and her determination to recover  showed me her bravery remained intact. We greeted each other with delight. I searched her face for the familiar laugh lines and signs of vitality that have always exemplified her personality. They showed a few signs of wear, but were still very visible.

Momentos of our younger lives spent together dotted her home.  Old family photos sat on the shelves, paintings I remembered from her mother’s house where I’d spent so much time growing up adorned the walls. An old beloved cloth doll of hers, sat in her own silent world tucked away in a forgotten corner of the living room. Treasured French lalique glass bottles were still on display in the powder room.  Photos of happier times spent with her now deceased husband spoke of the happiness they shared together.  Memories and treasures of a lifetime were on display, probably staying put for a few more years at most, before the inevitable disassembly and disbursement will interrupt their patient waiting. They will become a part of someone else’s story or else be resigned to the trash heap. Impermanence. 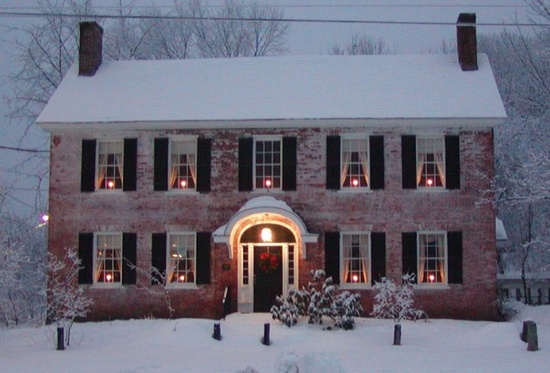 This trip, more than ever, I was torn between being in the present while looking for the past. So much Time had elapsed.  So much had changed,but some things remained as remembered. The mighty Connecticut River ambled on through the Connecticut River Valley . Real evergreen wreaths hung on the doors of real colonial houses.  Elegant single electric white candles elegantly illuminated the windows of many homes, proclaiming to me, “This is New England! We don’t go in for showy.” 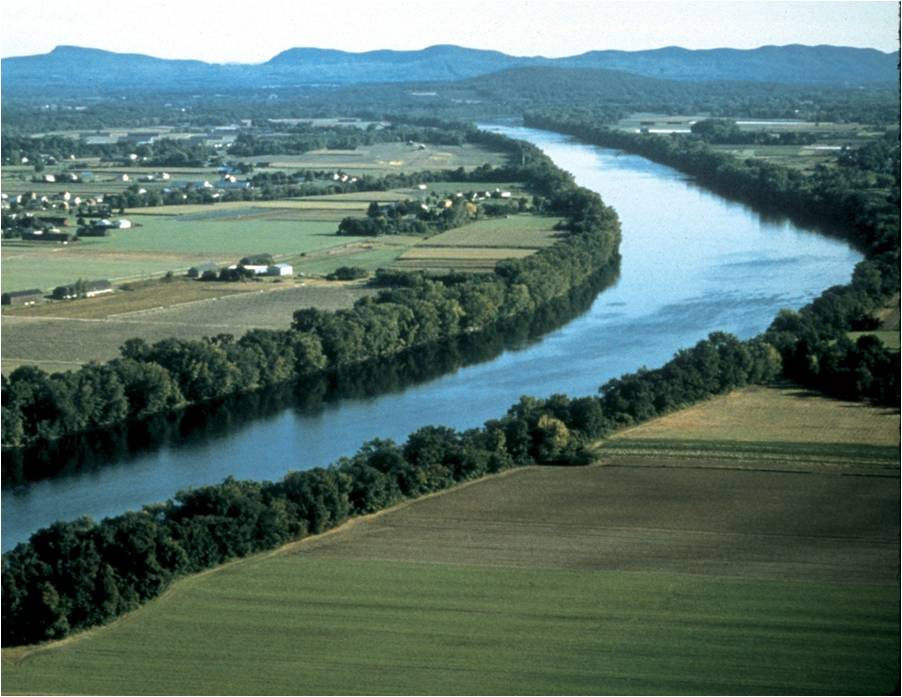 This is New England, and although many layers have been deposited around its core within me, it’s still a part of me. I identify with it.

While driving through town, I spotted the old ballet studio where I’d spent so many happy hours as a child.  No longer a dance studio, it was now carved up into an office.  But I recognized it excitedly and  immediately felt nostalgia and gratitude for the opportunity given to me to study with an outstanding ballet teacher, Anatole Bourman.

New England is no longer my world, but that’s for the best.  I needed to leave that nest to spread my proverbial wings, but parts of it will always resonate with me.

Here, I learned to appreciate and occasionally (make that frequently) chafe at the expectations that accompany extensive family ties. It’s here that early tastes were formed as I learned to appreciate the exquisite simplicity and beauty of small New England villages.   It’s here I learned to watch the seasons change, looking intently for the first colored leaves of fall, the first swelling forsythia buds in early spring and the first fat snowflakes signalling the arrival of an awaited winter storm.

There were  long days until the tired snow mounds and icy puddles vanished so I could ride my bike again and wear my new sneakers, bought each spring.  It’s here I learned the delights of serendipity, following country roads anywhere they would take me. It’s here my lifelong pursuit of dance was cultivated.  It was here that I learned the importance of community as I gave a party for my Dad’s 90th birthday and 100 people, many former customers of his small grocery store, came to celebrate his life and the small acts of kindness he was admired for.

My cousin and I promised to meet again in the spring.  There are no guarantees in life, but I want to believe we will indeed meet in the spring, and on a bright and sunny day we’ll drive together into the Berkshire hills, having a laugh and delighting in the countryside and each other’s company.

“[T]he essence of belief is doubt, the essence of reality is questioning. The essence of Time is Flow, not Fix. The essence of faith is the knowledge that all flows and that everything must change. The growing man is Man Alive, and his “philosophy” must grow, must flow, with him. . . . the man too fixed today, unfixed tomorrow – and his body of beliefs is nothing but a series of fixations.”
― Thomas Wolfe, You Can’t Go Home Again