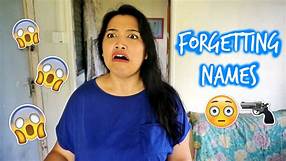 A noun is the name of a person, place or thing.  A sock is an article of clothing pulled onto a foot. Why mention them together? They both seem to take joy in disappearing just when needed.  Add reading glasses to the mix too.  For many years, reading glasses and socks seemed twined in a disappearance conspiracy.  Sock learned the trick early on.  Reading glasses must have been a quick study, because one day, she pulled the same stunt, although obviously not in the washing machine. Even if bought in multiples, they all  cleverly figured out how to vanish at the same time. Somehow signals must have been sent to each other.

THE ISLAND OF LOST SOCKS

If you look under your washing
machine you will probably see a trap
door its actually all ways been there you’ve
just never seen it before.Its easy to get in  you
just open it with three knocks
and behind it you will find
a river that leads to
the island of lost socks.The socks of the
island are the socks
that got away from awful
terrible life of smelling
feet all day.

Now they run around
in sunshine enjoying the
magnificent views and knowing
they will never again
halve to fill anyone’s
shoes.

They never get
holes runs or snags
they never get sold
at half a price they are
always warm and fresh
smelling cause this is sock
paradise.

So next time when
you notice a few of your
socks have vanished without
a trace don’t bother looking in
the laundry because they are
in a much happier place. 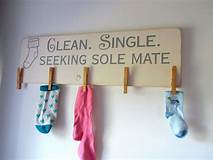 I adjusted to their tricks. Sighed.  Gave up looking. Gave up wearing.  Eventually, they’d tire too and come out of hiding.  Most of the time. Sometimes they forgot what they were doing was supposed to be short-term. They got comfortable where they were and could remain out of sight for weeks, months, or years, in a worse case scenario.  By that time, I’d forgotten them too and had moved on to god knows how many new pairs.  These lapses were generally private affairs between me and them.  I’d admire their cleverness at finding unsuspected hiding places, but got to the point where I just expected them to fall away periodically, the way my husband can disappear if we’re out together.  No point in getting agitated, eventually he’d return as would they.

But this name thing is more irritating.  Just as I reach for a name, for an introduction or an explanation, there’s nothing but a big gaping hole where name should be.  Are you out cavorting with your sock friends? Hiding in my washing machine?  Or is some shredded corner of my aging brain? Have I offended you somehow? Are you and reading glasses having a good time at my expense?

I’ve noticed that I’m not alone in this affliction, but it doesn’t make the gap experience any easier.  Usually, if I just leave it alone, name will unapologetically appear again, never as quickly as I’d like it to.  My conversation companion(s) watch me patiently in my painful retrieval process with concerned looks on their face, but eventually I must verbally admit that the name has gone up in smoke. Truth be told, retrieval is not an active process.  If it’s going to happen, it will, and nothing I can do can will encourage it to return more quickly.  I try to lightly pass over it, not fooling anyone.

It’s never an adjective , adverb or verb who takes leave. They’d be more easily replaced. They’re well-behaved companions.  Bless them.  But noun, you really should be punished, if only I could grab hold of you and there weren’t so many of you!