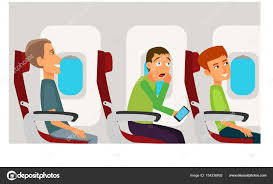 By Dianne VapnekMarch 5, 2019No Comments

Without fail, a week before I am scheduled to take a flight, an inner voice matter of factly informs me that I am likely to perish on the upcoming flight.  That grim warning sets in motion an irrational and neurotic search to convince myself otherwise.

My fears center  mostly about the weather and what turbulence I can expect to encounter on the flight.  I begin to look at long-term forecasts for my place of departure as well as arrival. En route forecasts are hit or miss since the flight plan is not set in stone. There’s a very good chance that if the arrival/departure cities are “in for it” I’ll find a reason, not necessarily disclosed to anyone, to postpone or delay my flight.

Tornado/thunderstorm activity is to be avoided at all costs, so this means if it’s during the spring/summer season of thunderstorms, I make certain that landing doesn’t occur in late afternoon, a more frequent period of storm activity.

I have literally flown dozens of times.  For a while in my youth, I gave up flying after a grueling flight and traveled only by train for a few ridiculous years. This being America, it was not a sustainable solution. I’m better than I used to be, but it’s still not a piece of cake. It’s an endurance test. I congratulate  myself in showing courage and at least haven’t taken a vow never to fly again like some scaredy cats do.  It’s a necessary means to an end and I’ve determined I must endure it if I want to travel.  My mind has trouble concentrating on two issues at once, so playing music I like can help some to distract, but truly not enough.  Kind of like the Lamaze method for breathing during childbirth.  Better than nothing, right?

If the flight is smooth, no problem. I even fall asleep. However, when the seat belt sign is illuminated, I am on guard.  I check outside the window to see what’s going on.  If it looks stormy, I’ll pull the shade down, tighten my seat belt, pop a tranquilizer and mutter things to myself like “This too shall pass.” If the flight attendants are asked to be seated, that’s an indication that we’re not in a game for sissies.  Time to check out the facial expressions of the attendants and hope to receive some consolation from the fact that they are not showing an ounce of fear. I think those facial muscles must have been cut when they sign up for the job.

I have been known to refuse to board a plane if it looks like it’s going to take off headlong into a storm. By all rights, I’m sure the airport should be closed.  My husband has departed without me, unable to contain his disgust with my cowardliness.  All he’ll say to me is, “The pilot doesn’t want to die.”  My reply?  “How do you know?”

I rationally understand that turbulence isn’t dangerous as long as my seatbelt is tight across my lap.   On an instinctual level, in extreme turbulence, I KNOW a plane could easily fall apart. Just like breaking a neck if you’re jerked around too much.

I compulsively count to 5 right after liftoff because a friend of mine who’s a pilot told me that period of seconds is really the only period of danger during a flight. That’s easy enough as long as the plane lifts off relatively soon after barreling down the runway.  If the prelude to the liftoff seems to be taking too long, that could in my mind. be a sign of trouble. So far, the planes I’m riding in have always lifted off.

I’ve tried drinking alcohol which helps a bit, but not for long if the adrenalin is coursing through me.  If it’s pretty rough during the flight, I’ll sneakily take a Xanax, not telling anyone I’m traveling with, because I know they think I just get dopey, which is undoubtedly true, but better that than to be trembling in fear as far as I’m concerned.

I came of age singing “Come Fly with Me” and Starliner.  I can easily get into that mode if “weather wise it’s such a lovely day.”  What’s more thrilling?

I know most people do not consider flying their favorite activity. I think we all have our own reasons.  Let’s face it, if God really meant for us to fly, we’d all have wings. 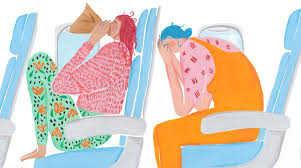 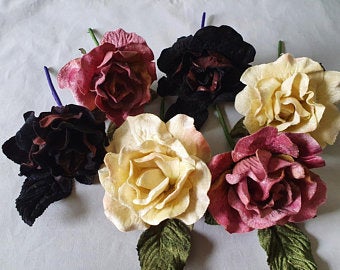 Growing Up in the 1950'sflowersTravelNew England

Some Things we Love Stay With Us

Key West on the Horizon, Folks!