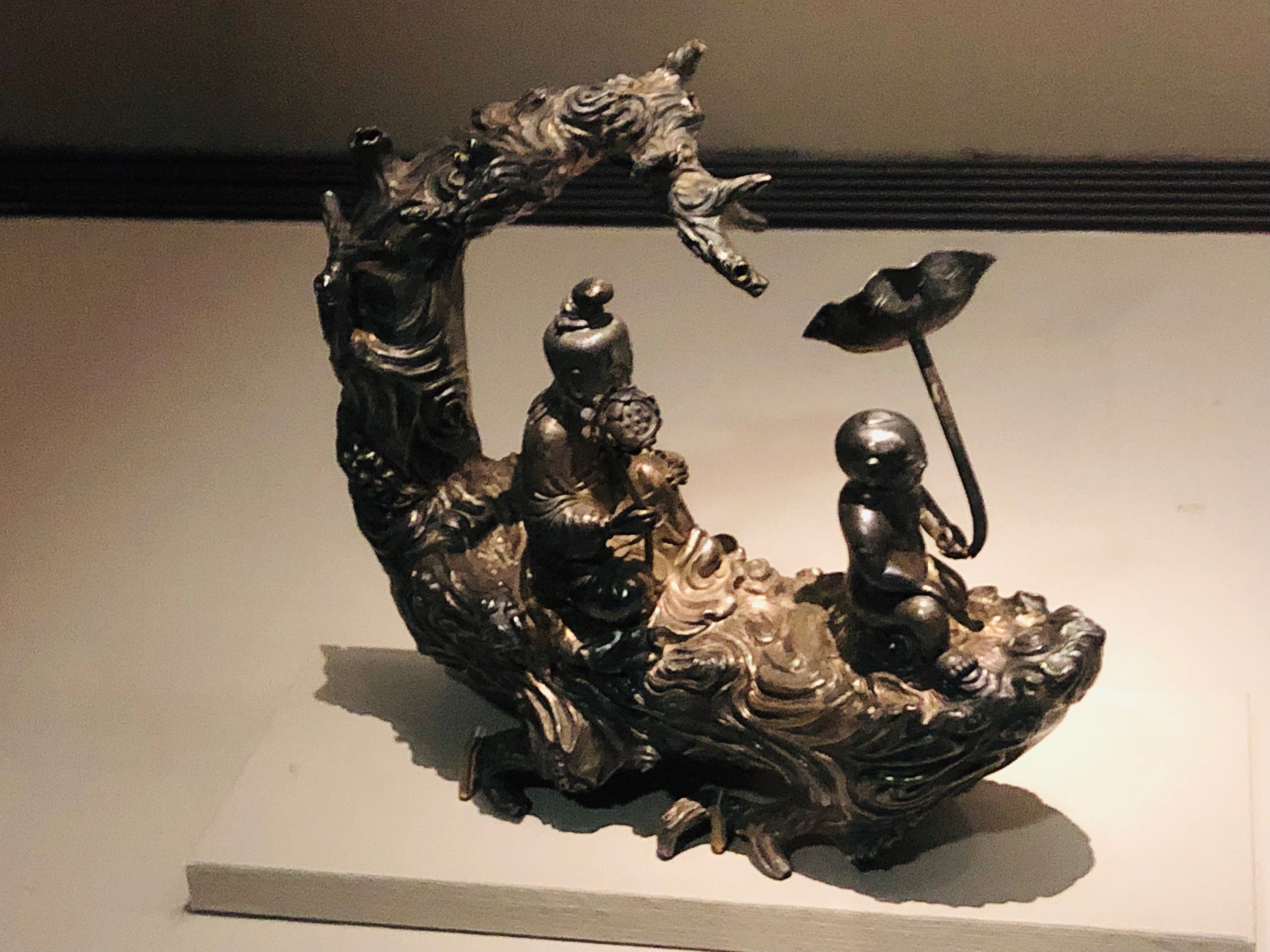 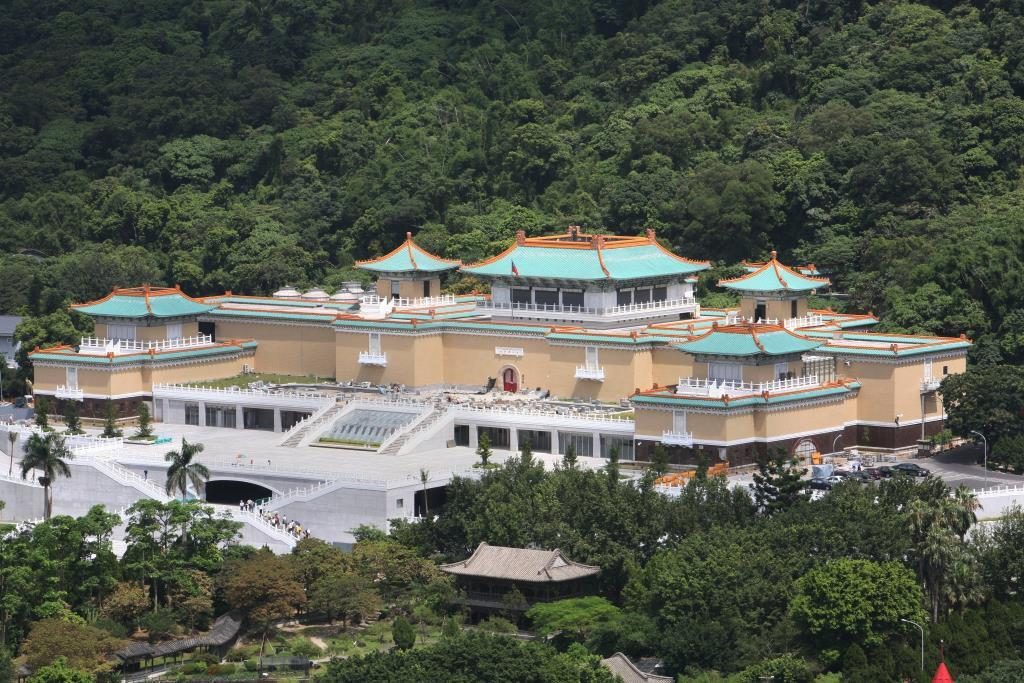 They pass me in droves.  Tour groups of Mainland Chinese who have come to the National Palace Museum in Taipei to see the relics of their culture saved by Chiang Kai Shek.  The treasures were moved to Taipei Taiwan before Mao Tse Tung could destroy them as he took over power.  We mostly ignore each other, but sometimes our curiosity about each other makes staring unavoidable.

The Mainlanders follow a tour leader waving a banner, some intent on listening to his spiel, others drifting off in their own worlds of appreciation or possibly boredom. Every once in a while I feel certain one of the group has glared at me with hostility.  Occasionally they push me out of their way to get their own closer look at objects.  I can hardly blame them.  What a lost legacy of former imperial splendor. 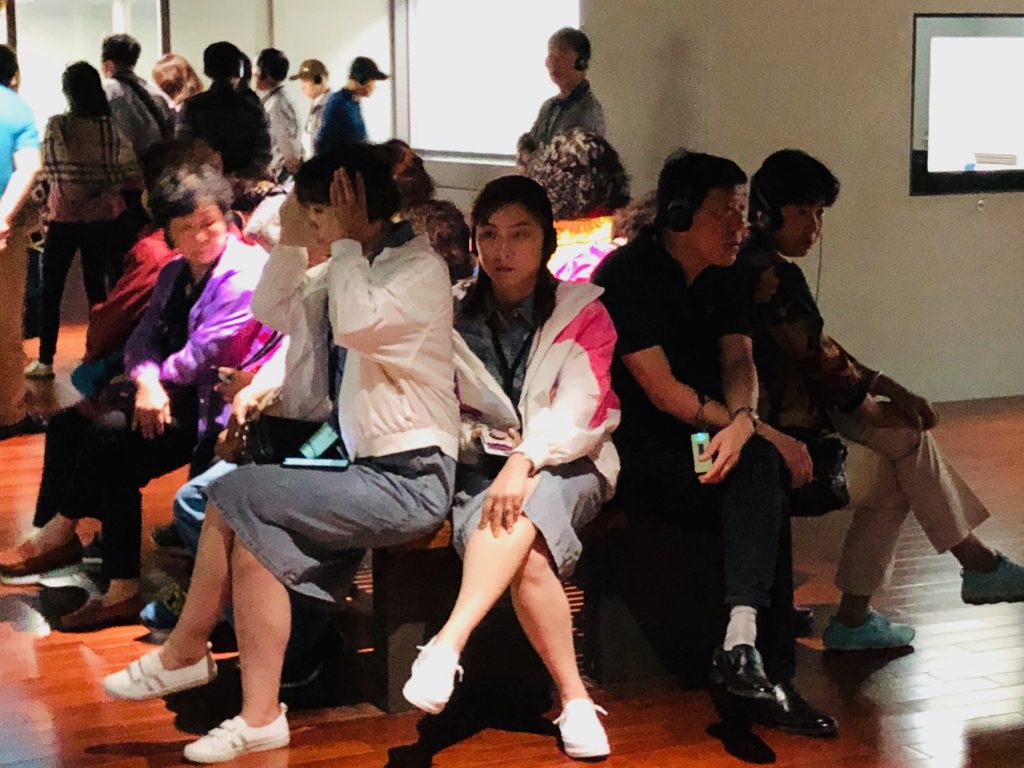 I find it interesting that after all these decades there is still so much interest in these objects from a very different time. I have been told by a Taiwanese acquaintance that the Chinese come searching for a sense of identity destroyed during the Cultural Revolution.  How sad.

I am fascinated by the beauty and craftmanship displayed that began thousands of years ago. What a grievous loss for the artistic history of all humanity that so much was destroyed.   I wonder what the world was like when these treasures were in daily use?  Clearly one of incredible wealth and privilege for some.  I wonder about the effort required to move it all to safety.  I feel sadness for all that was lost during the Cultural Revolution  and not able o be saved.

I am not at all knowledgeable about the past glories of the Chinese Dynasties, other than to know they had a tremendous influence on Japanese art and culture.  We spent two half days at the museum and still didn’t see it all.  The museum has over 700,000 objects in rotation.  I have selected a few that I found truly spectacular for no other reason than my own personal taste.  Hope you enjoy my choices and don’t find them overwhelming.  Bring on the jade, the jewelry, the ceramics, the paintings, and the porcelain! 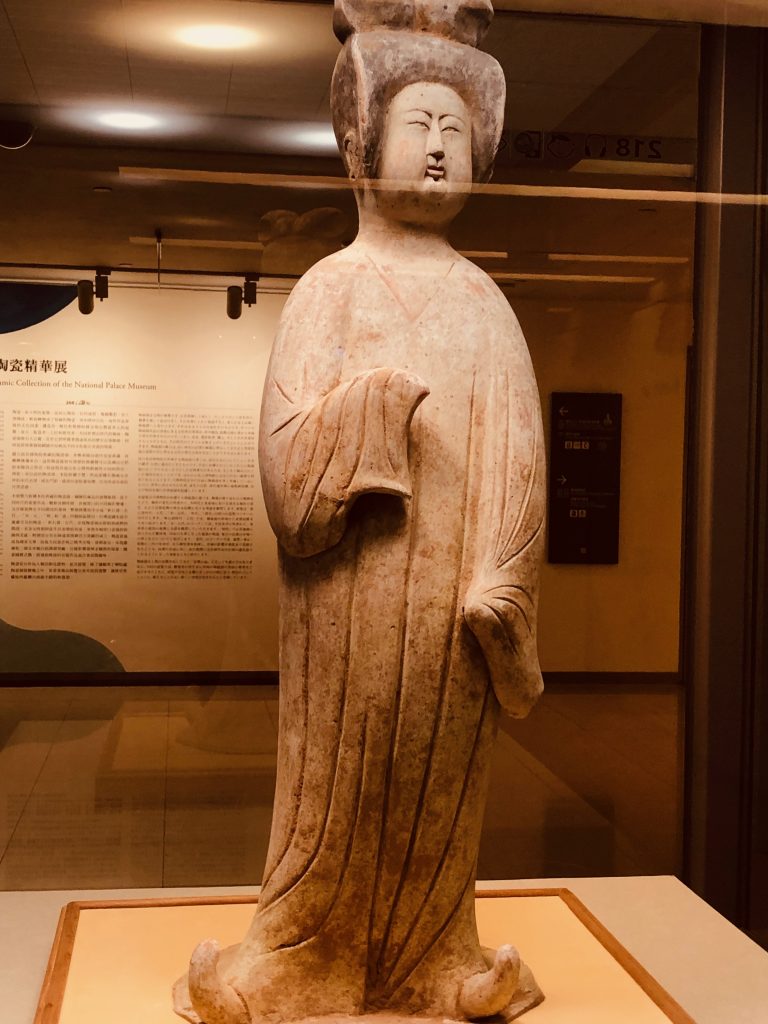 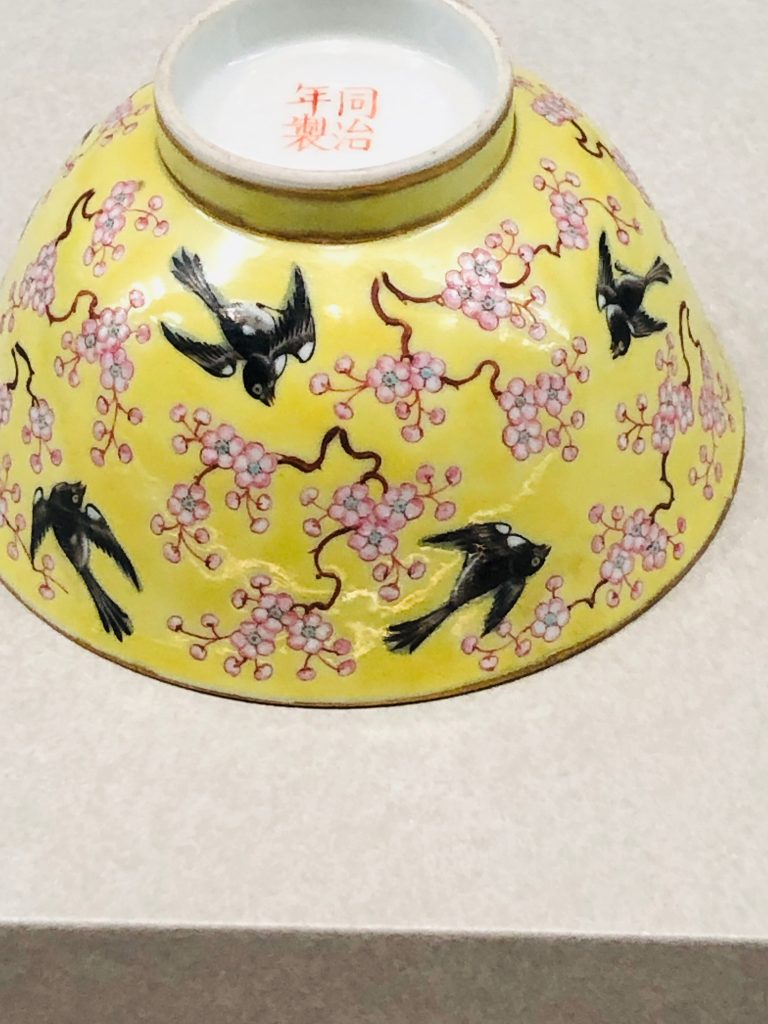 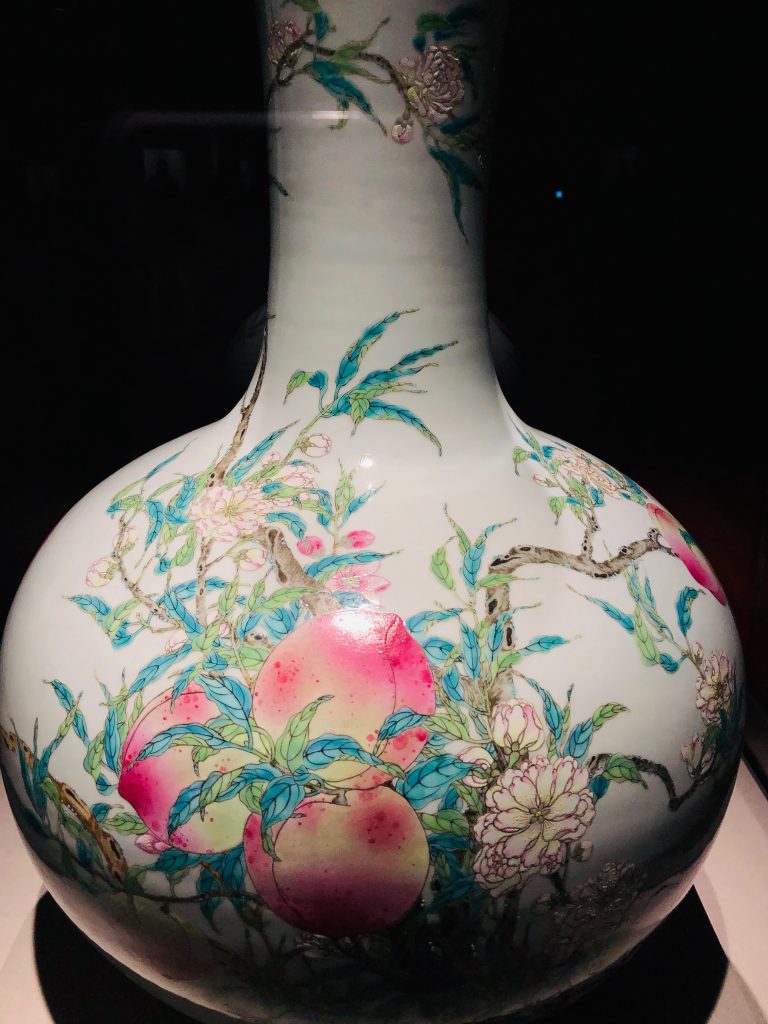 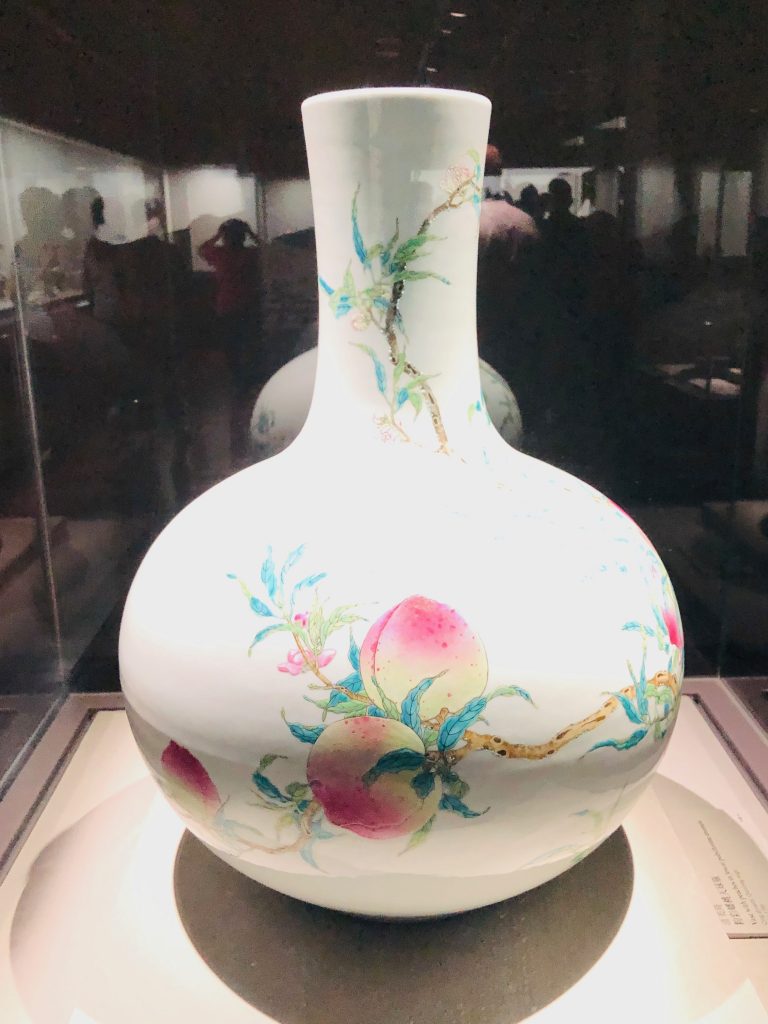 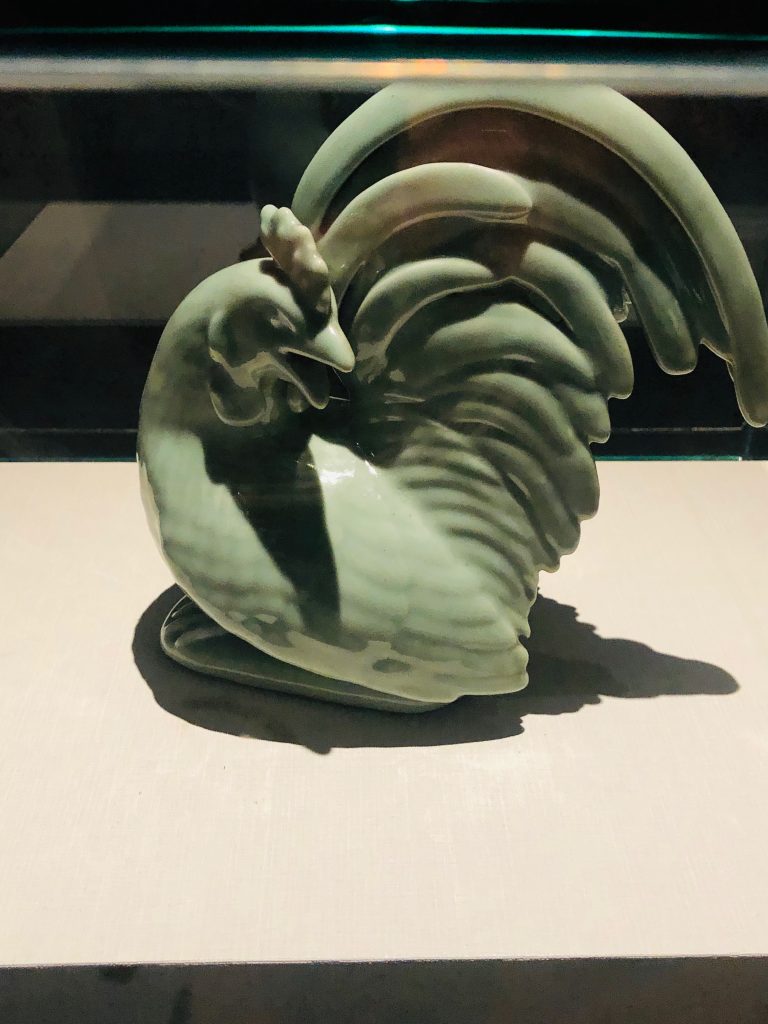 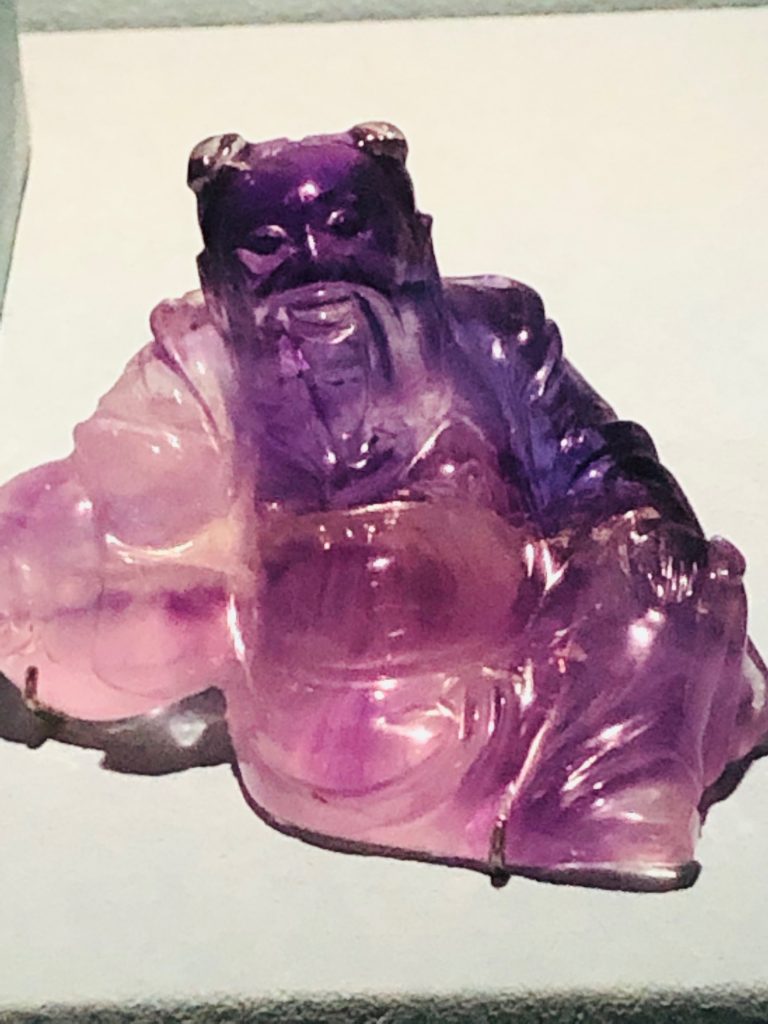 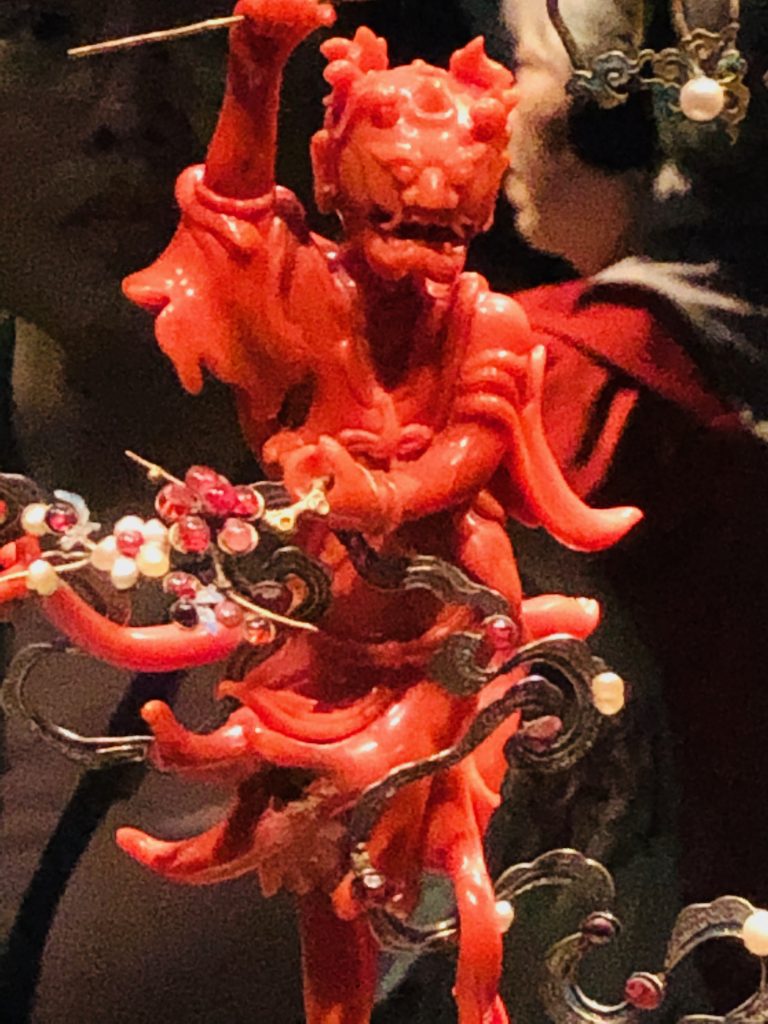 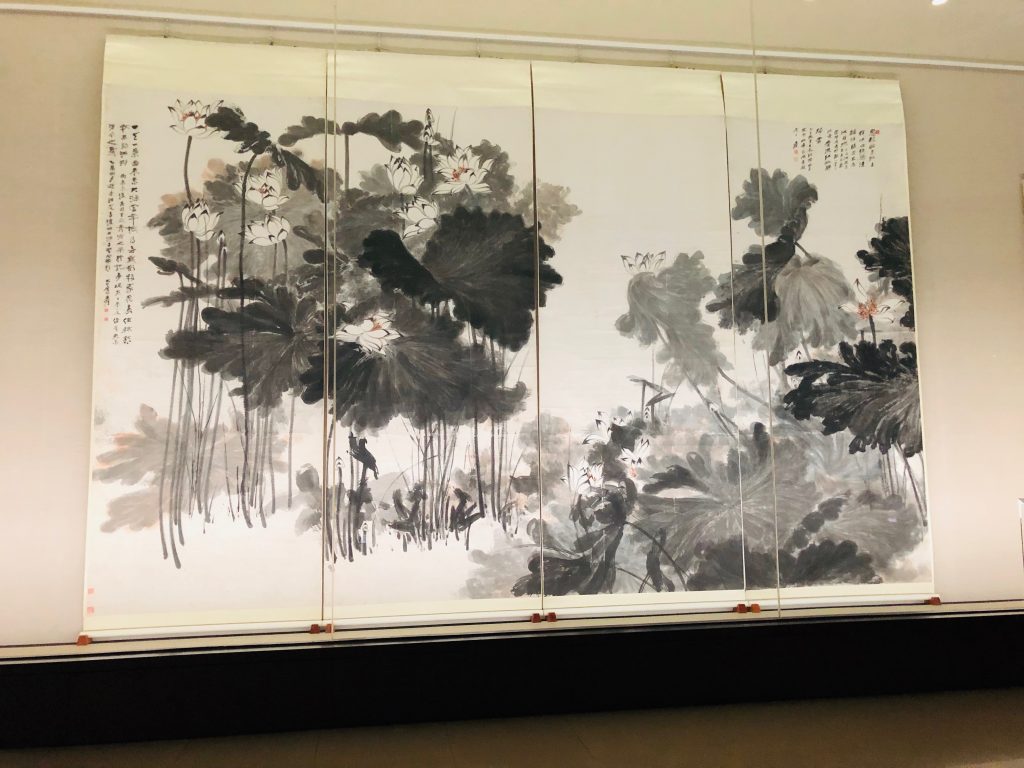 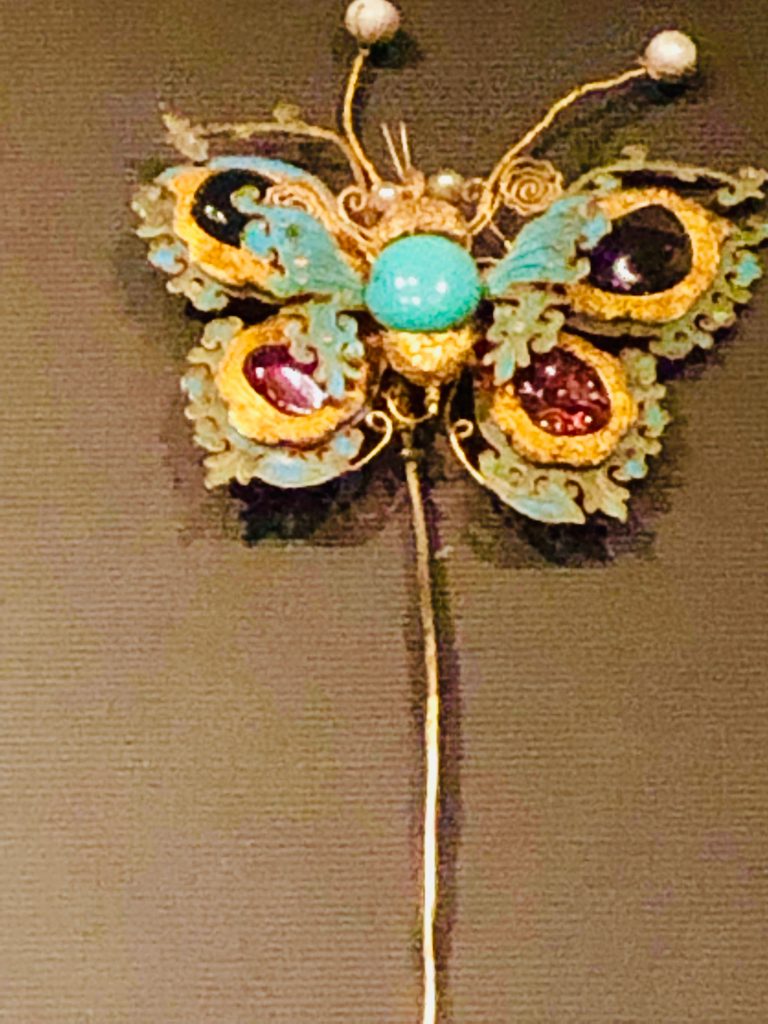 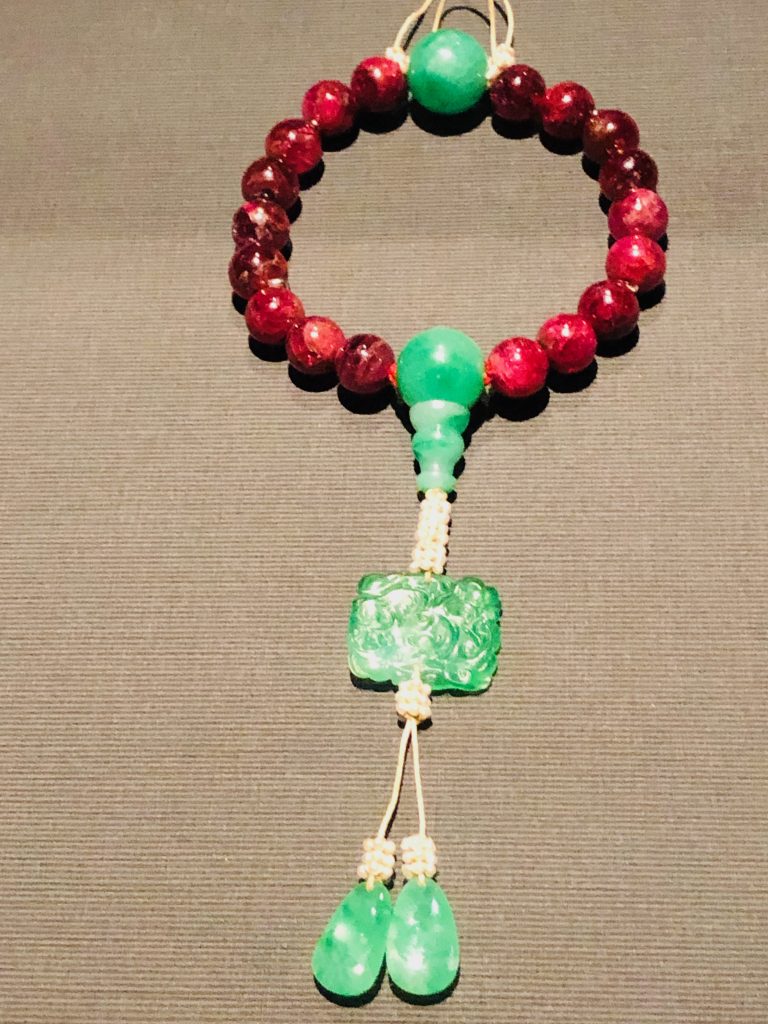 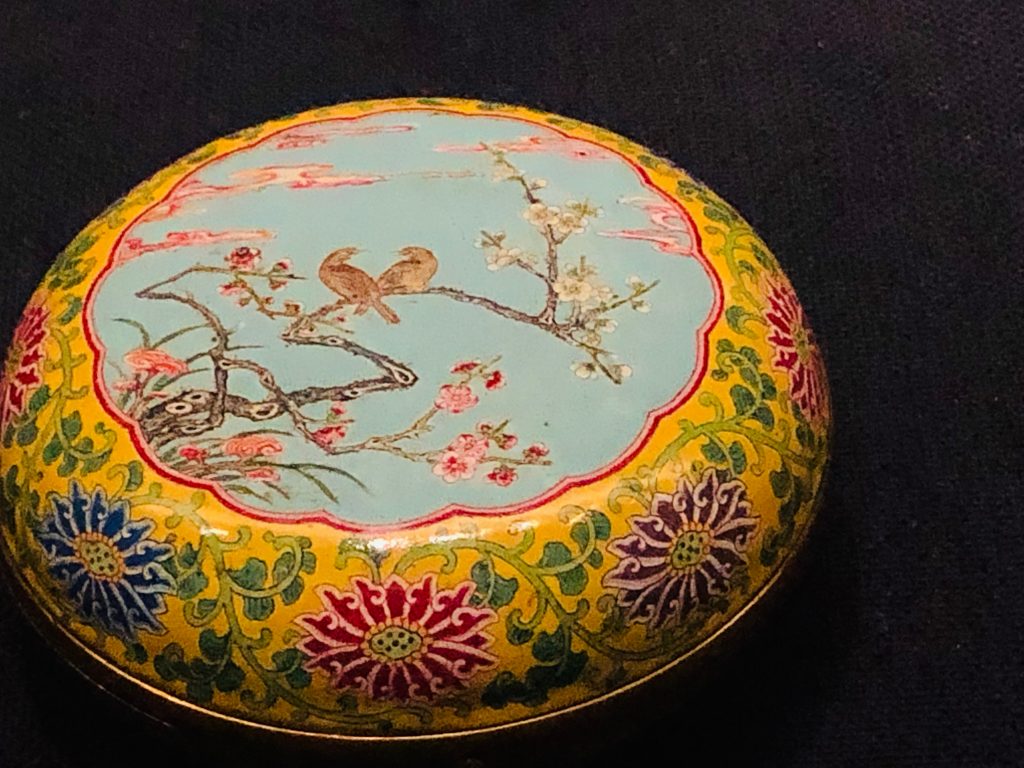 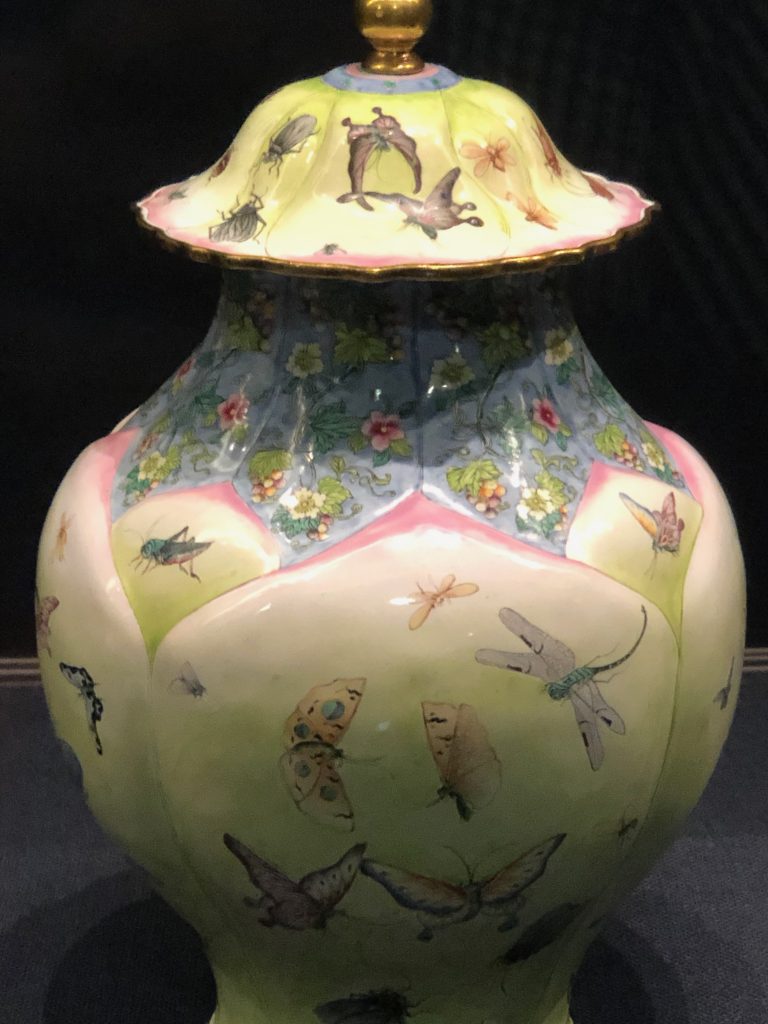 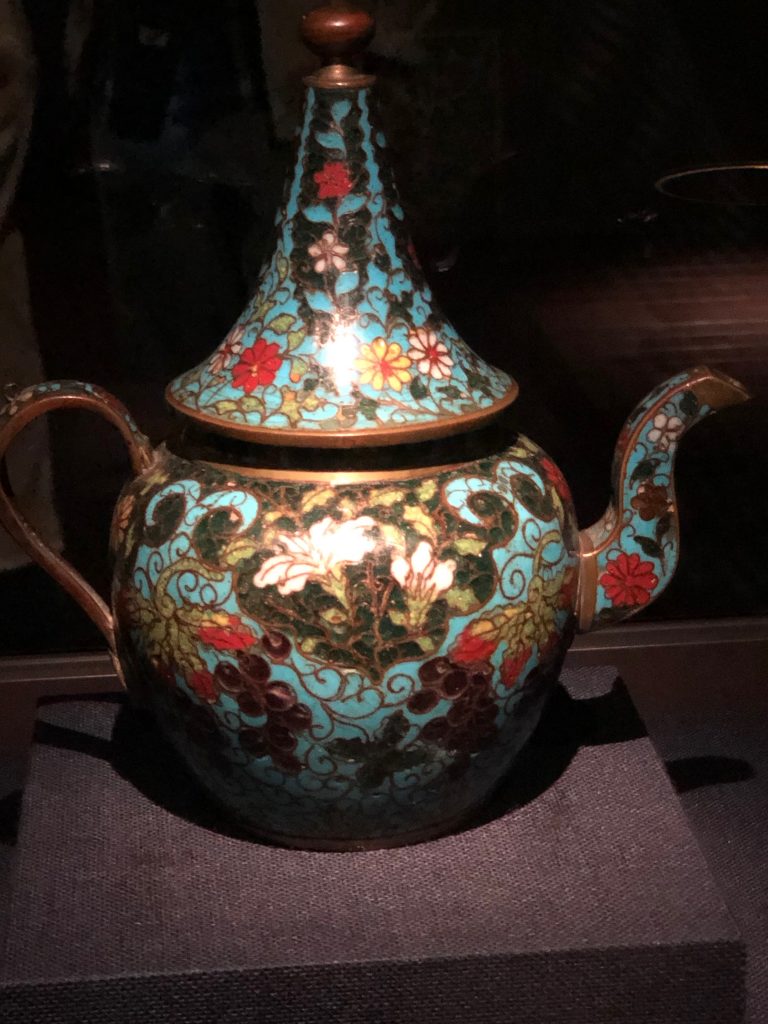 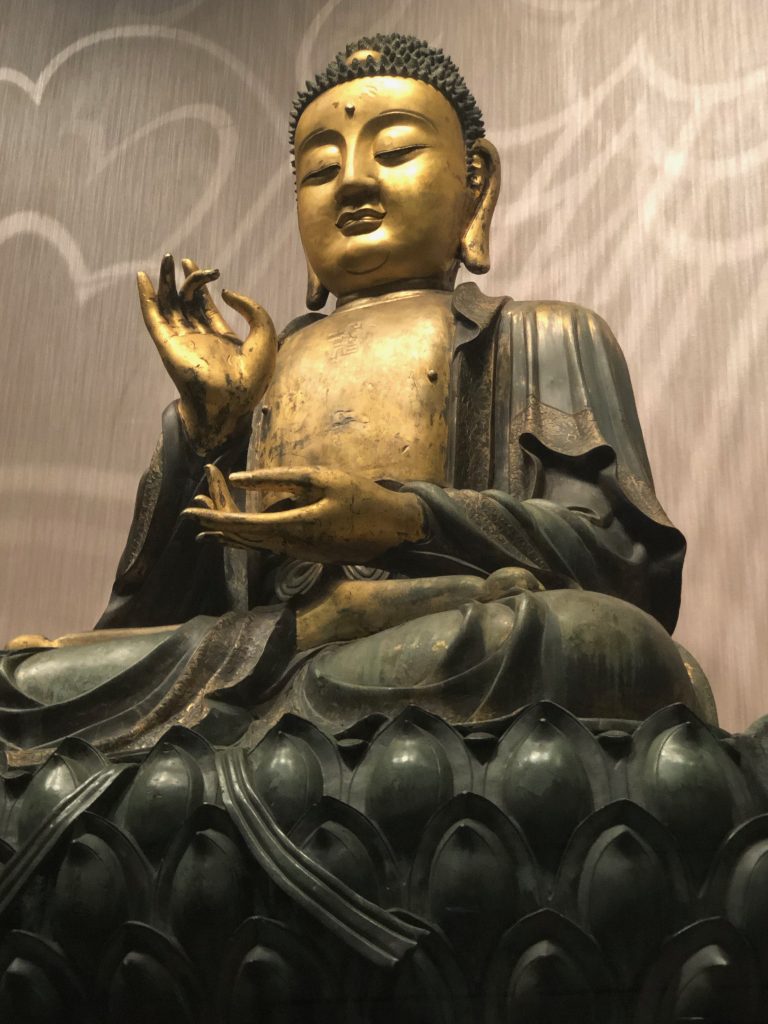 One can only take in just so much beauty. 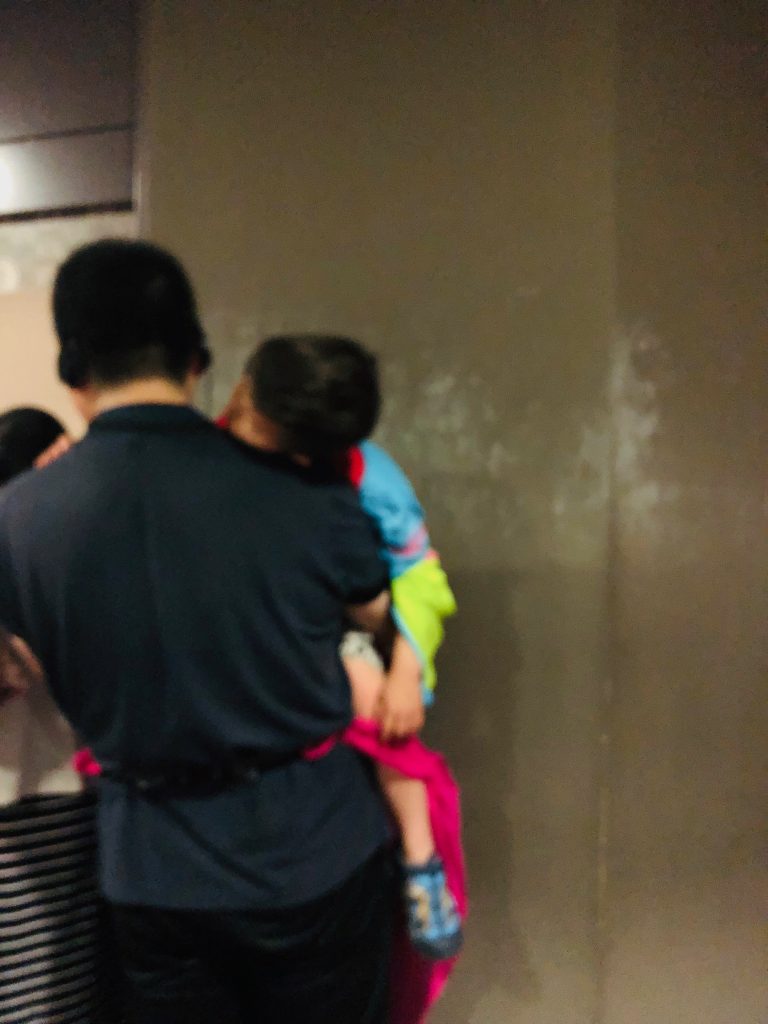