We woke up yesterday to a sunny day, low humidity, and no plans for the day.  I probably have as many books about Japanese/Kyoto travel as any self respecting hotel concierge.  It took little time for my husband and me to settle on a destination that was doable for a day. We chose the ancient Enryakuji temple, at the summit of Mt. Hiei.

Our Japanese friends consider us adventurous, or so they tell us.  I think compared to the average tourist, we head out on our own, without a lot of drama. Last year, when we rented a car for a road trip, they all just thought we were nuts.

We have a realistic division of labor in our home.  I find the places to go and my husband figures out how to get us there.  He’s not in the least intimidated by the overwhelming (my description) number of wrong choices that could be made.  He just plows ahead. What’s the worst that could happen?  I’m more than happy to let him deal with this, although if I had to do it on my own I would be capable of asking someone for help, which he somehow never has to do. 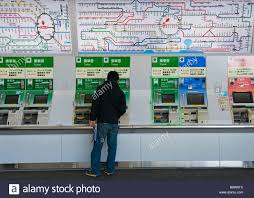 In no time at all it seemed, we had our tickets, found our train track and reached our station (4th stop) for the second leg of the trip which was by bus, which took us to another station to board a cable car up to the temple. No problemo! We lined up with the other tourists and pilgrims bound for the temple to await the arrival of the cable car to take us the rest of the way up the steep mountain. Only one decision here. 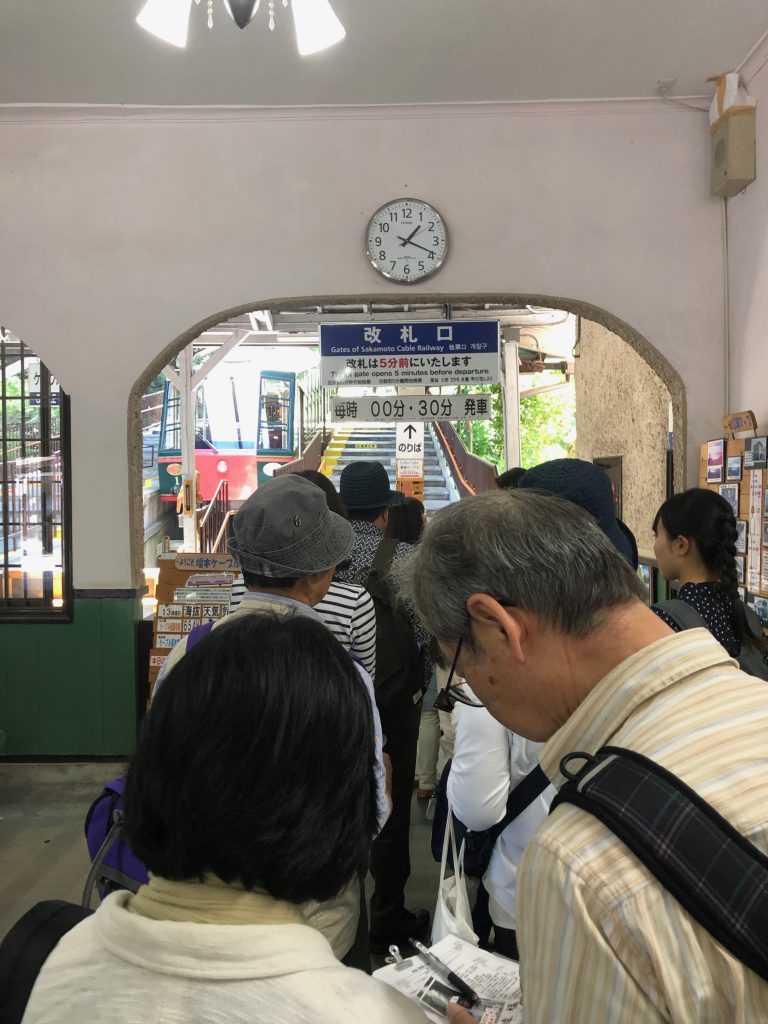 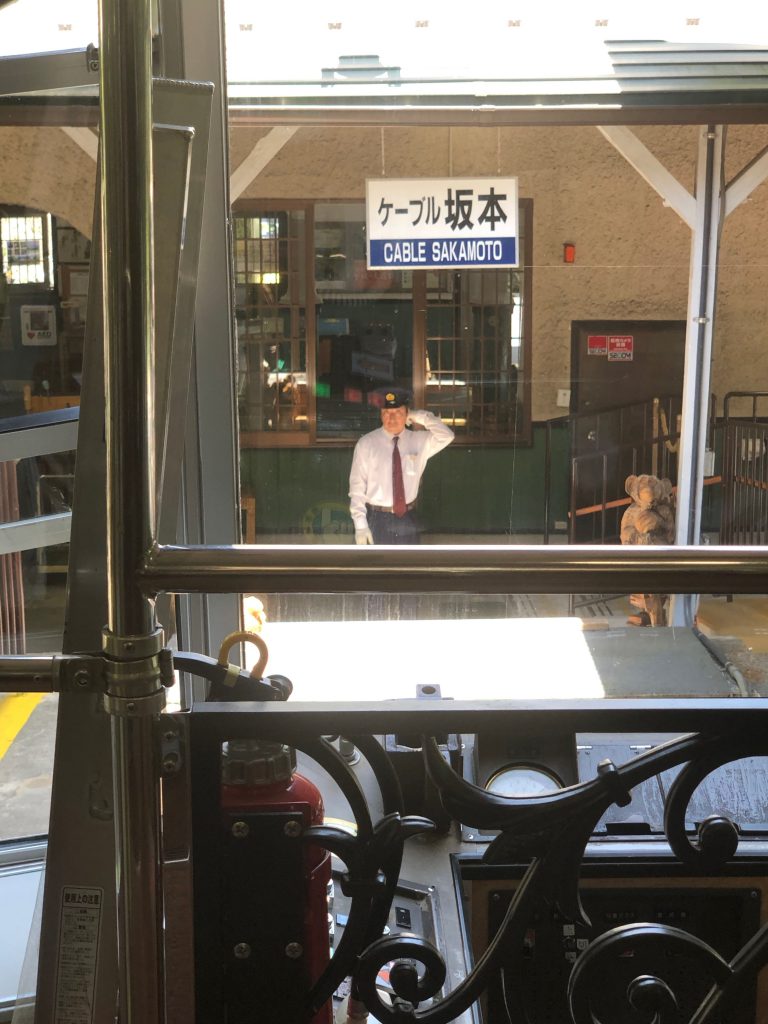 Really no wrong answers here, just a mild sense of excitement.  The conductor signaled smartly as we began our 11 minute journey straight up the mountain. We soon saw magnificent distant views of Lake Biwa. I heard the entire train car gasp as it came into view.  I had a fantasy of everyone in the car singing On A Clear Day.  If only. 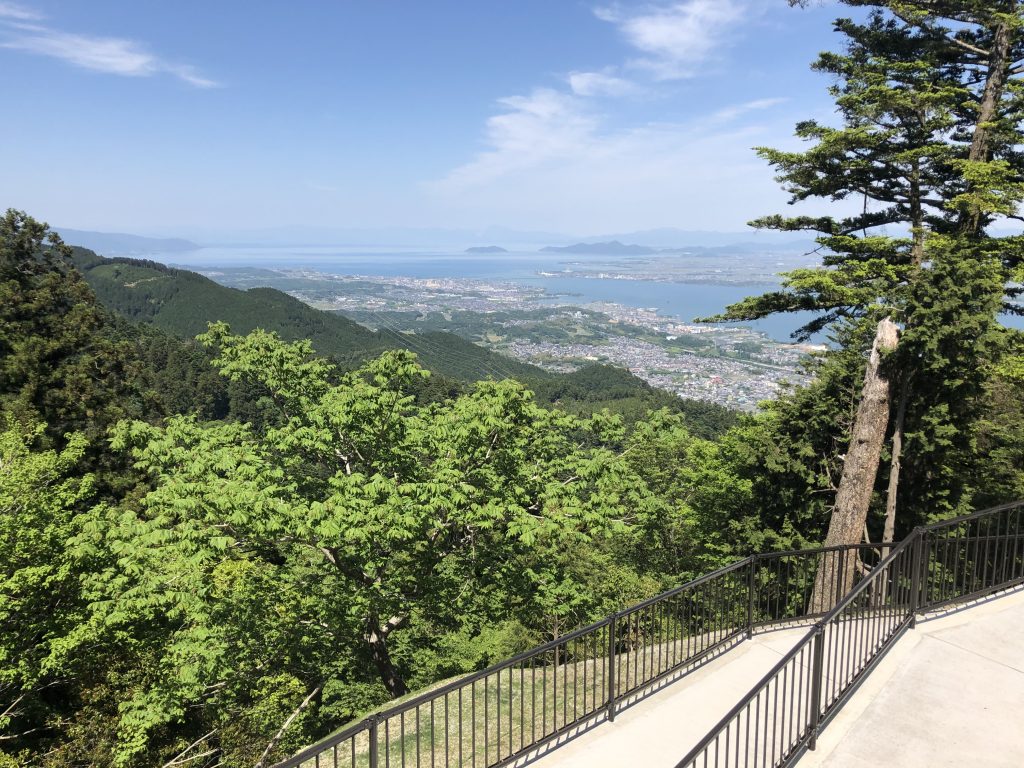 The cable car easily carried us up the mountain where it then became a bit more challenging to decide where to go. Multiple signs pointed in different directions.  Some signs had English translations, but at least half were written in Japanese only.  Once again my husband somehow figured out where we needed to go, I think by process of elimination.  I happily and trustingly followed along, although being on the mountainside, meant a few tough climbs for my asthmatic lungs. This was all the adventure I needed. Four very fit Japanese female hikers easily strode past us. They appeared to me to be ready for anything. 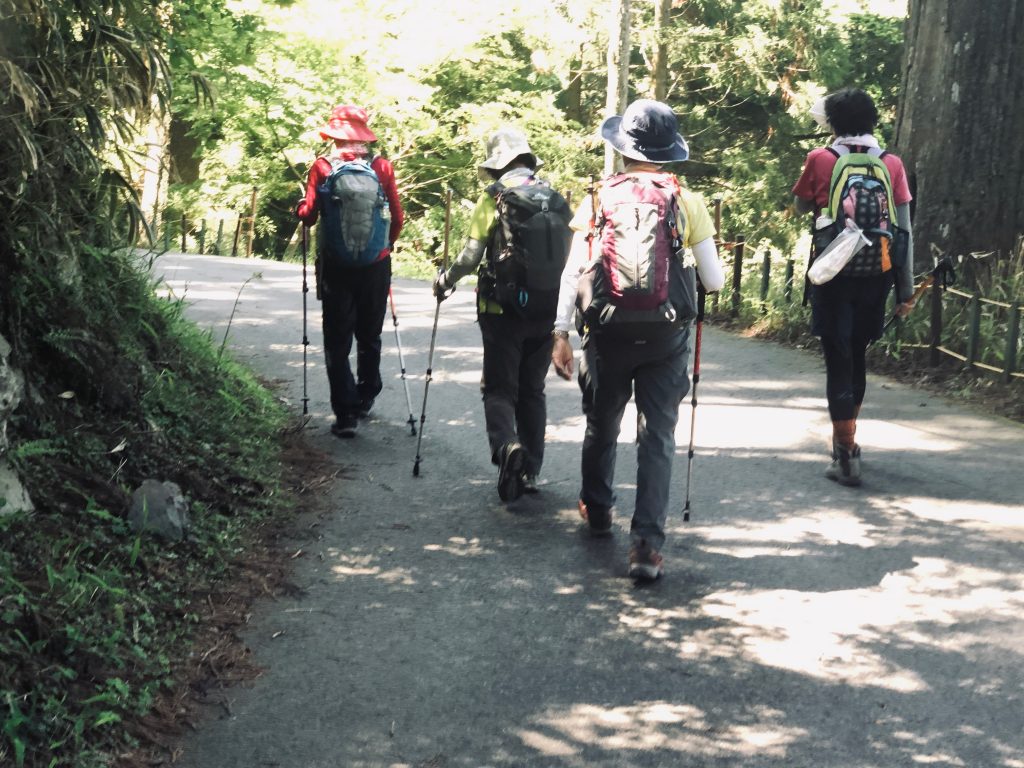 Enryakuji was the headquarters for the Tendai sect of Buddhism. They were known in part for their ferocious warrior monks, so I doubt they made many friends.   Before its downfall, there were more than 1000 temples in the vast compound.  Now it’s down to fewer than a dozen. It was all interesting for us, although we were a bit disappointed to find the honden (main hall of temple) covered up for what is to be a 10 year repair job.  What an undertaking!  The Japanese seem to have unlimited patience for the time it takes to do things well.

Watchful eyes of the monks seemed to follow me within the parts of the honden that remained open to visitors, assuring that I would be unable to easily take any photos that were forbidden.  I didn’t even try. Their stares suggested to me that I might now be under some country wide surveillance which I’d be foolish to transgress.

The setting amid the still lush woods was invigorating. I ate some soft serve and climbed more steps. When in doubt, eat soft serve! 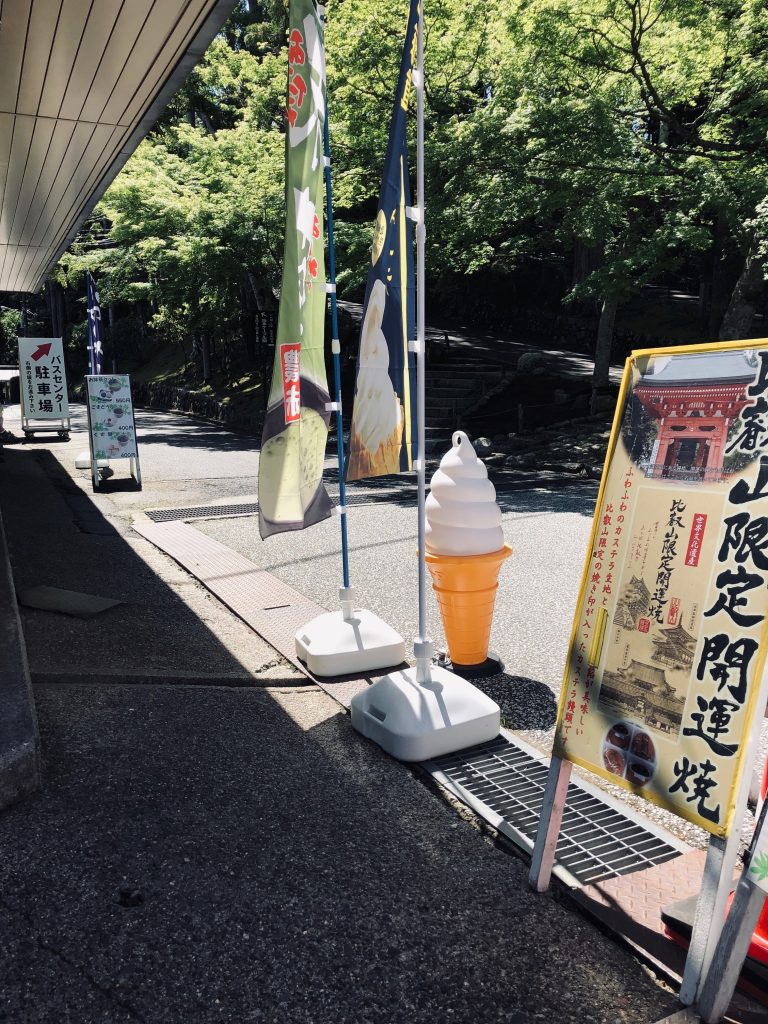 And so the day went. By the time it was time to board the cable car back to the station, Danny was racing a few eager beaver  women travelers  to get to the front of the cable car for the best seats.  He won by running on the ramp outside the car. They foolishly thought they could overtake him by running through the car itself.  I didn’t race as I had no fight left in me after the afternoon on the Mount. That was my husband’s  adventure for the day. I was very proud of him!

p.s.  some misc. photos from Enryaku-ji