For my mother, summer could never last long enough. Each summer she made a grim pronouncement that summer was half over once the 4th of July came and went. I argued with her to no avail. She actually experienced dread as the too short summer season in New England moved inevitably forward. She would be the first to see a colored leaf on a tree as a certain reminder of inevitability of fall, just around the corner.  She really should have lived in California.

The Sights, Scents and Sounds

Certain sounds, scents and tastes will always spell summer to me, returning me to a long ago and seemingly simpler place and time in my life when summers spent in New England seemed to last a lifetime. At least for me. That was a part of the magic.

Bird song filled my early summer mornings coming from the “woods” next door to my house. The trees there harbored birds that all seemed determined to out sing each other, beginning at the crack of dawn and then dropping off until the evening when their song picked up again. Many years later, when I returned home as an adult, there was little or no birdsong to awaken me. The culprit, I was told by locals, was acid rain.

Exactly how the contaminated rain affects the birds remains unclear, although the scientists suggest that diminished levels of calcium in the soil could lower the quality and quantity of available prey or lead to increased uptake of other minerals in toxic doses.Aug 13, 2002
Acid Rain Linked to Bird Decline – Scientific American
https://www.scientificamerican.com/article/acid-rain-linked-to-bird/

Summer dinners on our screened porch at the edge of the woods were followed by Dad falling deeply asleep on the wrought iron lounge chair cushioned with bright yellow floral patterned vinyl. The onset of a summer thunder-storm and the increasingly shrill calls from my mother signaled my Dad that it was time to come inside. After an exhausting day at the grocery store, Dad slept deeply, so the calls from Mom and the snoring response went on for a while. 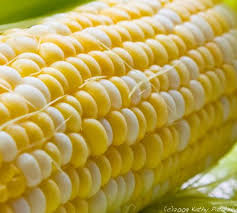 The first sweet corn of the season was bought only from local farmers with the mandate to cook and eat asap. By late July, it was an eagerly awaited event. It was a brief, celebrated season, over after the first serious frost.  It was precious enough to make it a requirement for every dinner served to have corn on the cob from the Underwood Farm. By general agreement, Sugar & Butter corn, was the tastiest of all. It would arrive a few weeks into the season and really kick summer into high gear. Stories of overly indulgent acquaintances who could eat a dozen ears of corn at a seating, were told and retold around the dinner table each summer. Most families were loyal to a particular local farm’s corn and dissed any other. The fact that my Dad sold Underwood farm’s corn increased his business in the summer considerably.It also meant we never ran out of corn during corn season! 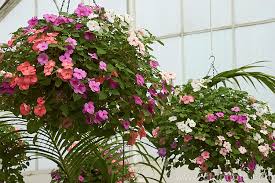 Impatiens was one of the few flowers my Mom could grow successfully in our shaded landscape. She made the most of it, adding baskets of them wherever possible and carefully monitoring them to insure high performance all summer. Her love of flowers soon became mine and is til this day.

Ferocious summer thunderstorms could be so terrifying and intense that I might have to crawl in bed with my parents. This behavior was generally, not encouraged, especially by my father, but sometimes tolerated, because secretly my mother feared them too. She told me that as a child she would be sent to her grandmother’s house to stay with her, because bubbie was terrified as well. 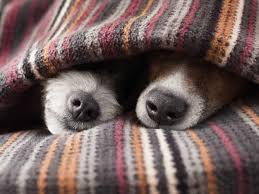 The darkness and heaviness before the storms was mixed with anticipation and fear. During one vicious storm, lightening split a giant oak tree in half just a few feet from our house, as sparks flew from the radio before all electricity cut off. I screamed with that one, ducking to the floor, leaving my one year old daughter still sitting above me, in her high chair.  It was pure instinct to protect myself, but I was horrified to admit if for years.

Boston Red Sox games served as background sounds to most summer evenings and afternoons in the summer if Dad was around. They played on the radio and tv. Dad was a loyal fan, always listening or watching alone because no one else in our family shared his enthusiasm.

Our first beach outing of the summer season was always eagerly anticipated, the weather fretted over. I would shout with exhilaration when the first smell of salt air was was detected.

Our summer watering holes included Martha’s Vineyard, Nantucket, New London Conn. and Rockport, Mass. They could be done roundtrip in a day if you got an early start and had a car at our disposal! In the 1950’s those destinations were classics, relatively unspoiled, without huge crowds if you visited mid week. Each had its own allure. I liked climbing the rocks in New London and Rockport at the ocean’s edge, sprawling across them, singing a summertime song to myself and gazing out at sea.

I always enjoyed our regular outings to Tanglewood, the Music Inn and Jacob’s Pillow (all in the Berkshires.) I developed my love of jazz at the Music Inn listening to the MJQ, Dakotah Staton, Miles Davis and Brubeck whenever I could borrow a car for the hour long drive to get there. At Jacob’s Pillow, I got to sample some of the best artists of the era and expand my love and appreciation of dance. Tanglewood was mostly my Mom’s thing. For me, it meant too many people trying to out-picnic each other. The music outside the tent seemed secondary to the picnics. But I went along, because it brought her pleasure.

Most weekends we hosted large family cook-outs on our back porch, fighting mosquitoes, who always preferred me to anyone else available. Dad was the self – appointed master griller, always ready with a delicious rare juicy steak, while the women prepared the sweet corn, green salad and a fresh fruit salad.

Black Raspberry and Maple Walnut Ice Cream, were my favorite flavors that were readily available in New England. To this day, I seek them out when in the Northeast. 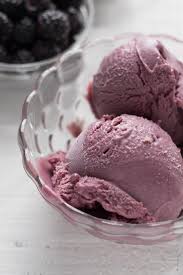 1 1/4cups heavy cream
3/4cup whole milk
1/2cup plus 1 tablespoon sugar
Kosher salt
3large egg yolks
1/2teaspoon vanilla extract
2 1/2cups black raspberries
Heat the cream, milk, sugar and a pinch of salt in a heavy pot until it’s just beginning to bubble around the edges (do not let it boil).
In the meantime, whisk together the egg yolks in a heatproof bowl. Temper the yolks by slowly whisking in about a third of the hot cream, and then whisk this mixture back into the pot with the rest of the cream.
Cook the custard over medium-low heat, stirring constantly, until it coats the back of a wooden spoon, about 5 minutes. Make sure not to let it boil. Strain the custard through a fine mesh sieve and stir in the vanilla.
Puree the raspberries in a blender and strain through a sieve to remove the seeds. Stir the puree into the custard, cover and refrigerate until completely chilled, preferably overnight.
Freeze the mixture in an ice cream maker, transfer to a container and put in the freezer to harden completely. Soften for a few minutes at room temperature before serving. Thank me for the recipe!