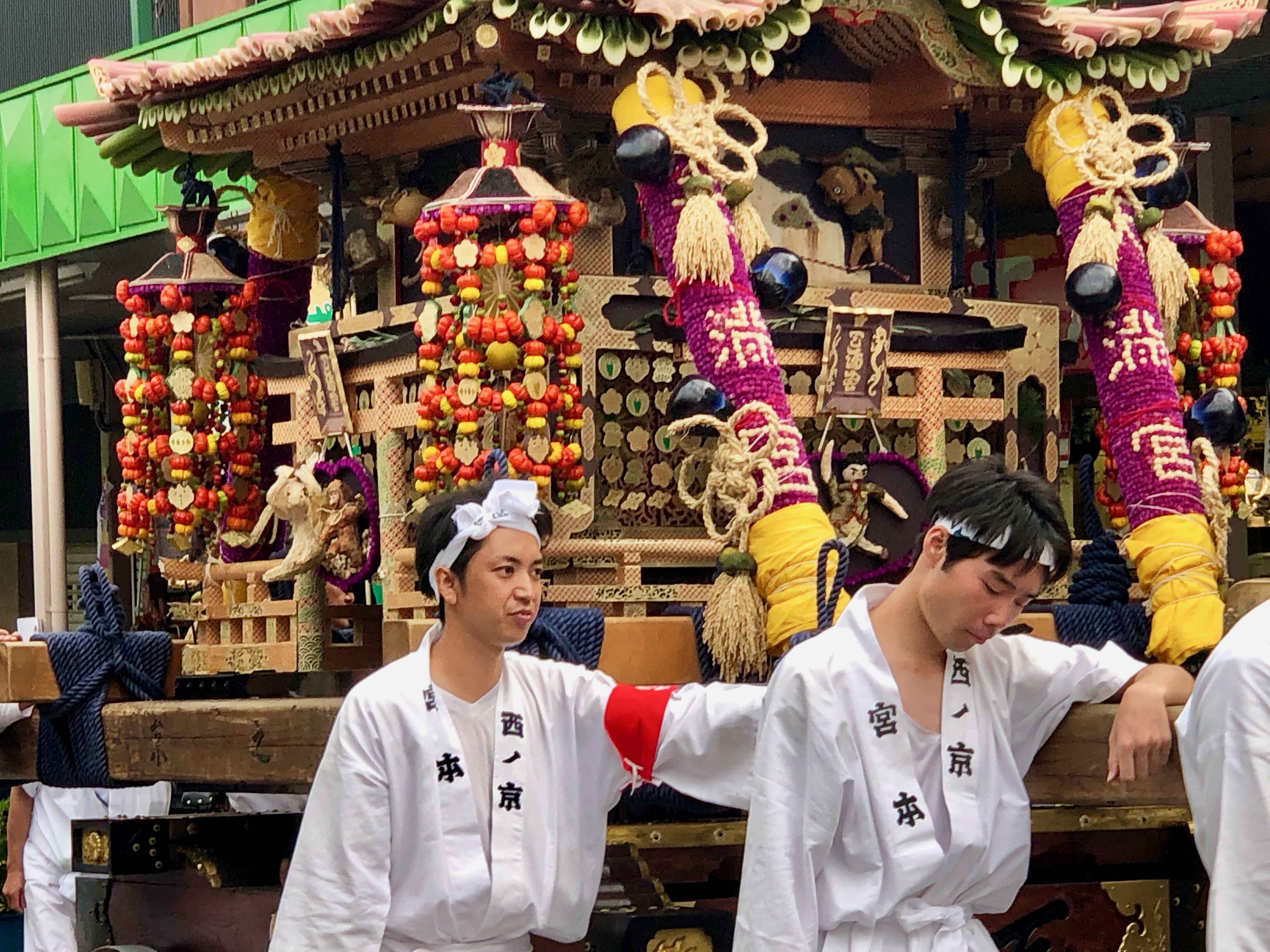 When Traveling, Go With the Flow

You can set out with the best of intentions, while in Japan, thinking you know what you’re about to do.  Many times it works out that way, but often, things don’t go exactly the way you expected them.  I’ve learned to roll with the misunderstandings, because if you don’t it’s your loss.  There’s almost always something that redeems a plan gone wrong. 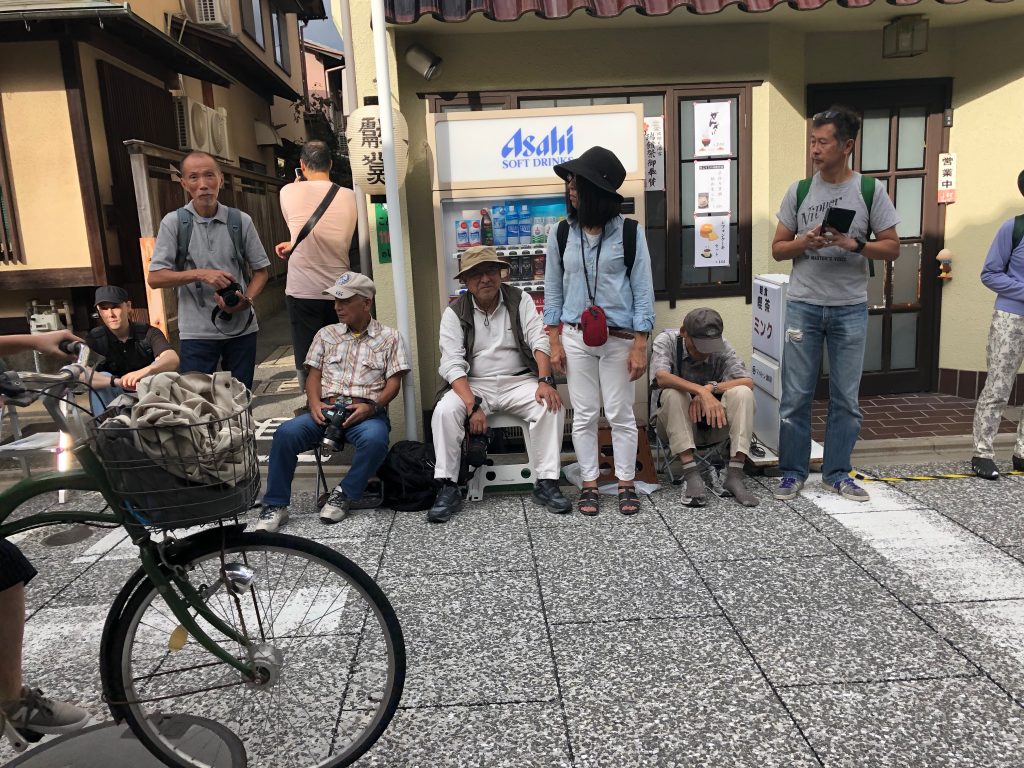 Kyoto celebrates its traditions.  The temples and shrines (over 2000 of them)have hundreds of special events throughout the year, some major, not-to-be-missed and others not so important or not so interesting to a foreigner. I usually attend one or two of the more interesting events while here. 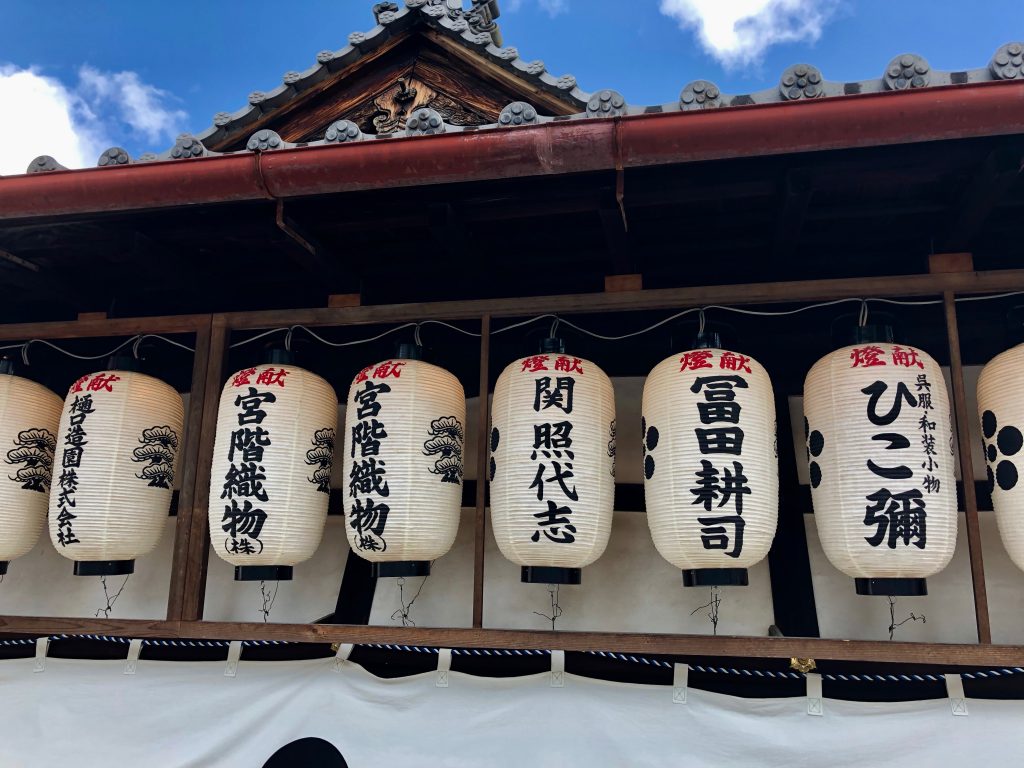 Side view of Kitano shrine

Yesterday I read about the Zuiki Festival (matsuri) happening at and around the Kitano Tenmangu Shrine.  It has been happening for over 1000 years to give gratitude for a successful harvest.  It goes on for several days.  When reading the schedule, I did not realize that most times given were approximate!  Not a minor detail when making plans. As you might expect, we got off to the festival just behind the beat.  It took us most of the afternoon to catch up.

It was a case of learning that we’d just missed the parade and it had moved on to other neighborhoods and shrines.  So began the chase. My husband Danny, was determined to catch up and intersect the celebrants who walk through local neighborhoods. We taxied to another shrine only to be told it had all ended there a little while earlier.  We were told to head to the railway station, but never found the station. Between our limited Japanese and others’ limited English I am sure something might have gotten lost in translation. Or, in the case of many when giving directions, they don’t know what they’re talking about, but don’t want to look uninformed! 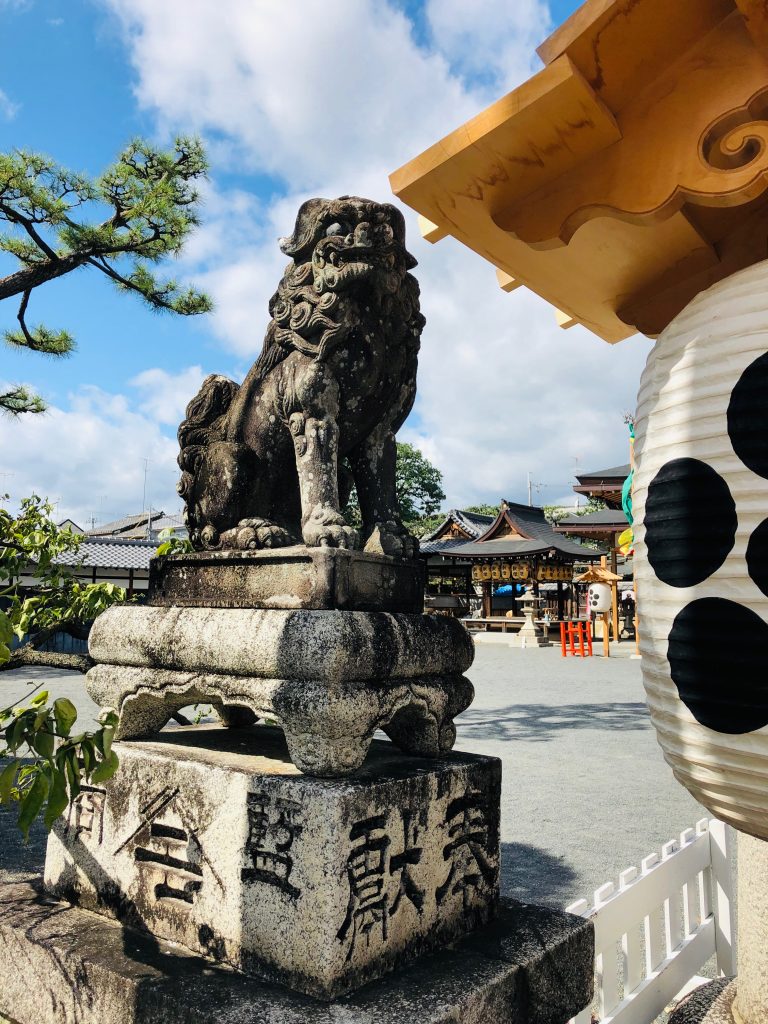 Deciding that we should head back to our first stop at Kitano shrine, we taxied some more only to find we were hours too early for the procession to return.  Our thirsty eyes landed on an air conditioned Portuguese bakery/coffee shop and eagerly went in for cakee set time.  Iced tea and Portuguese pastry  cooled us down., Slightly restored,  my husband found someone who gave him new directions to find the parade. I suggested we walk through the shrine garden, small but attractive.  We passed many people who were waiting as we were, but no one was able to tell us when the procession might pass by. 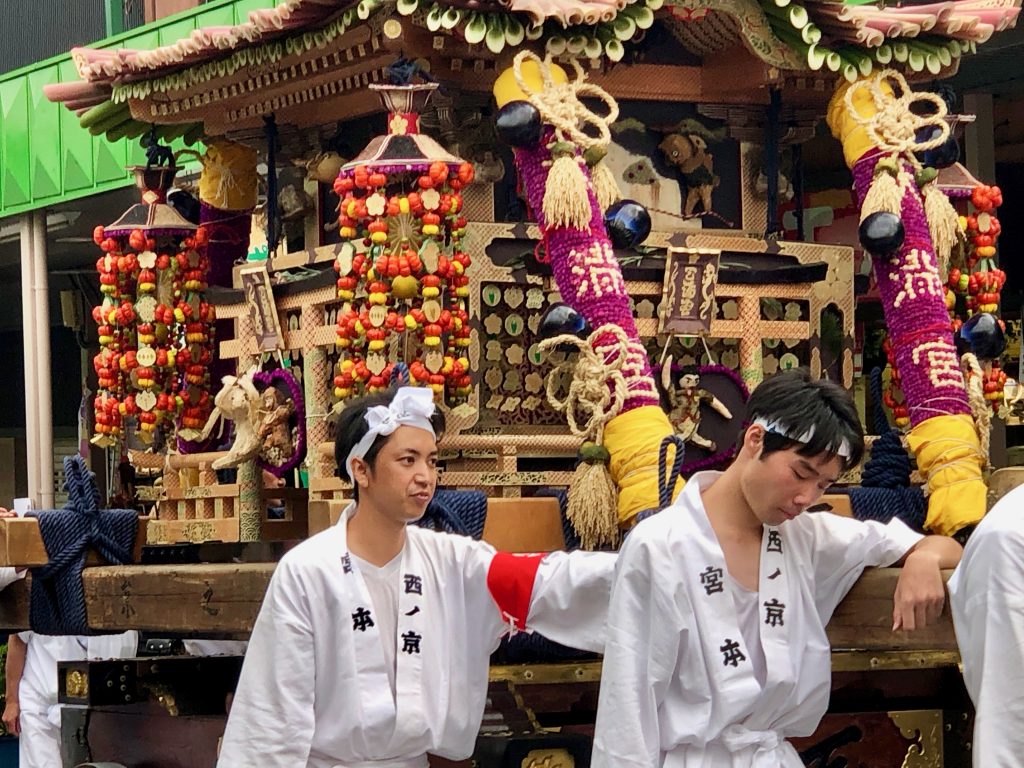 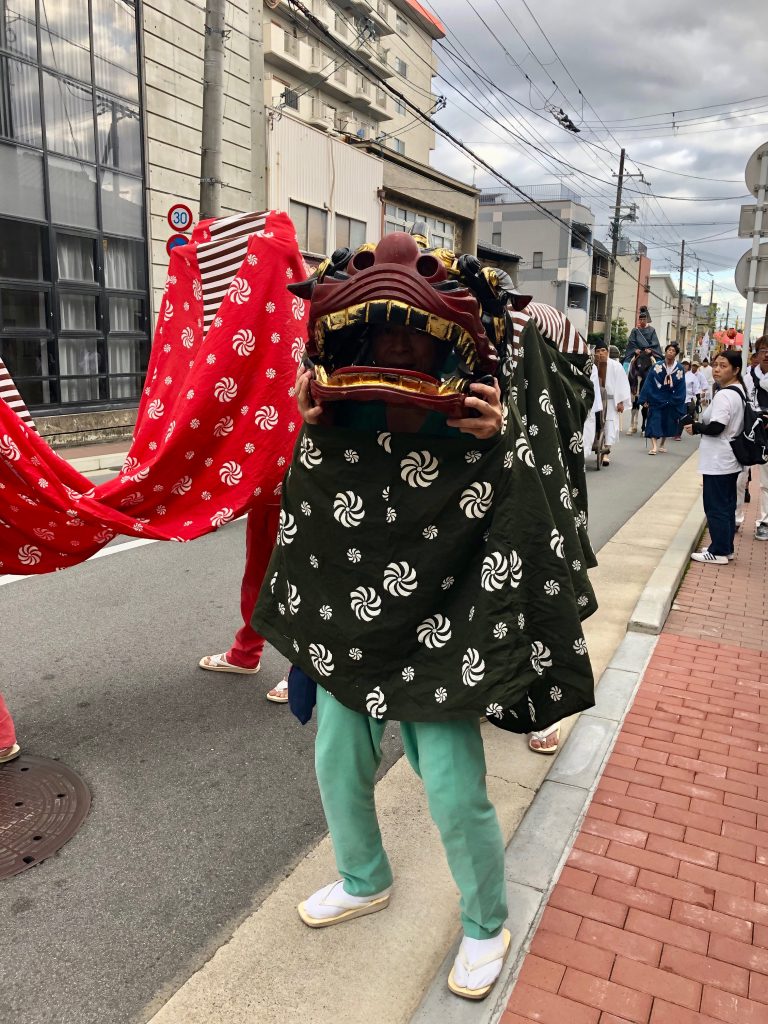 For good luck, the dragon will bite your finger. 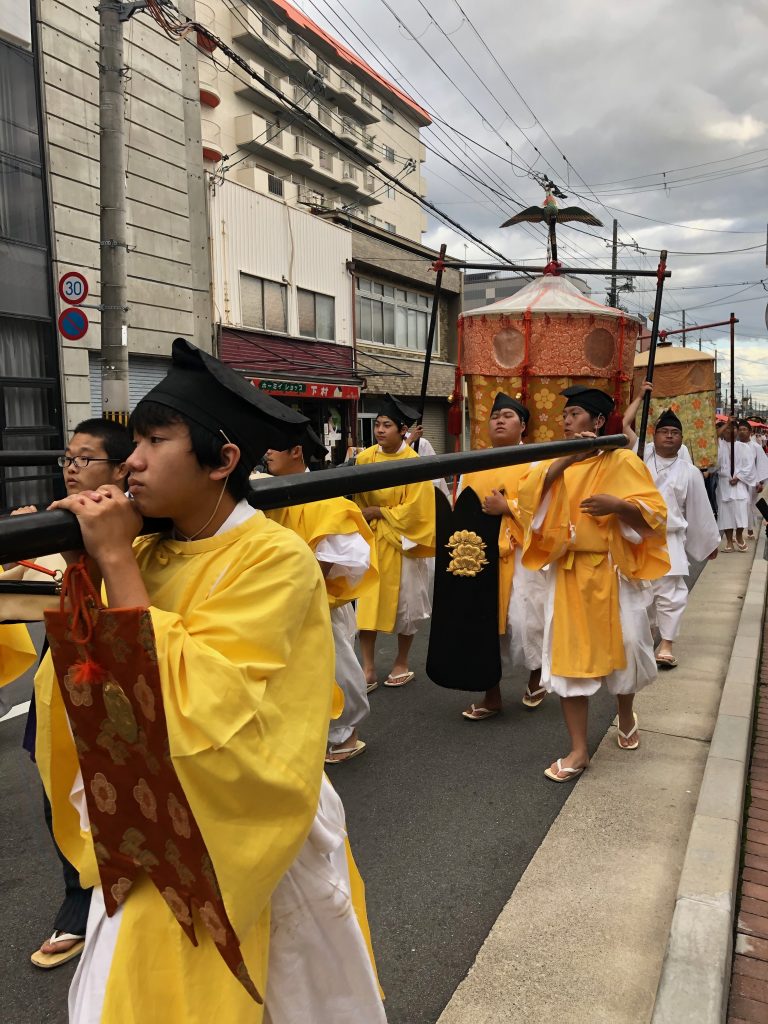 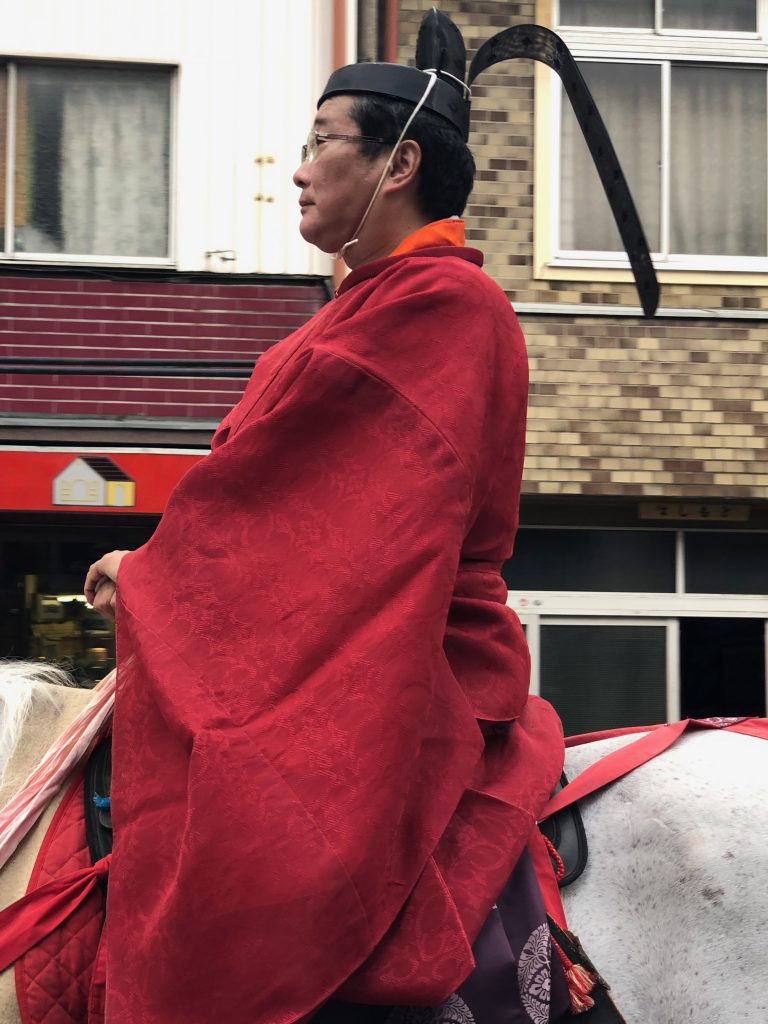 We did intersect with one beautiful float decorated for the fall harvest, pulled by many tired young men who had to rally themselves to pull it up a small incline.  We then sat down in a little square, joining a few dozen locals who were waiting too. Suddenly Dan spotted signs of actiivity and I was motioned to join him across the intersection.  At last! 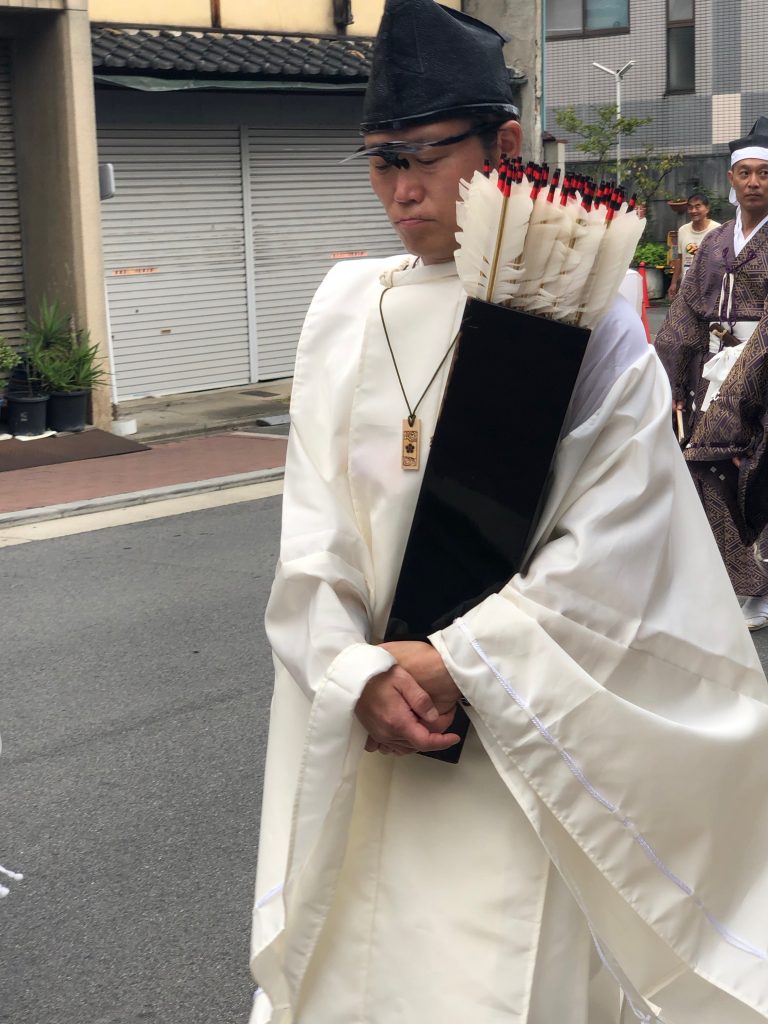 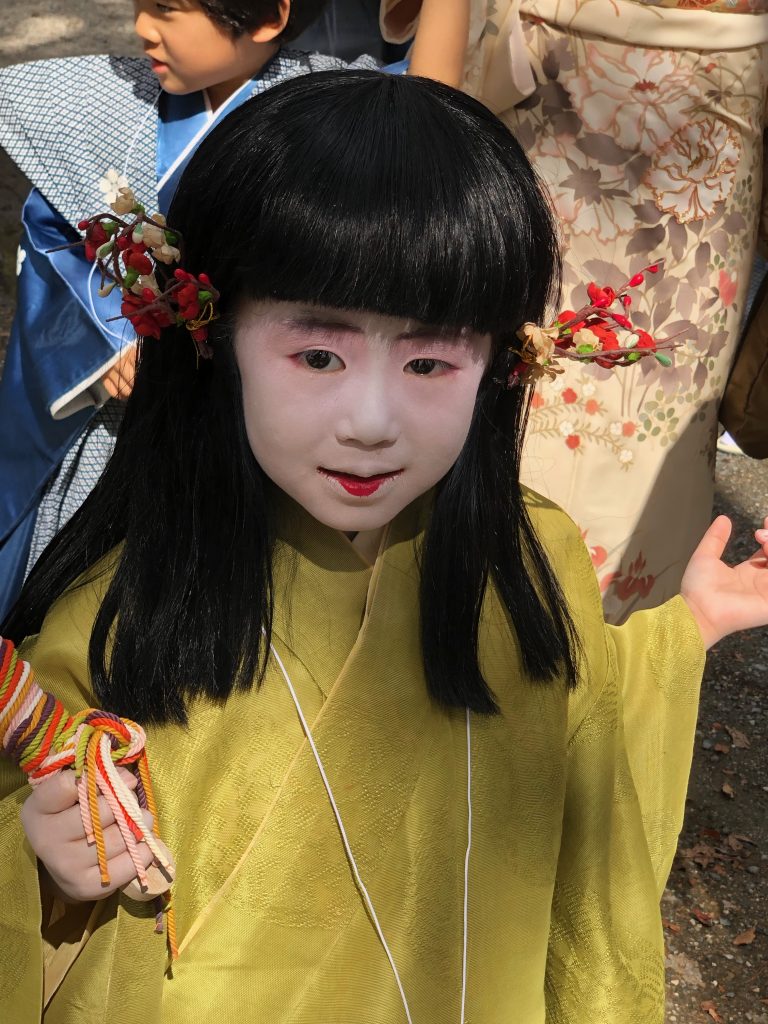 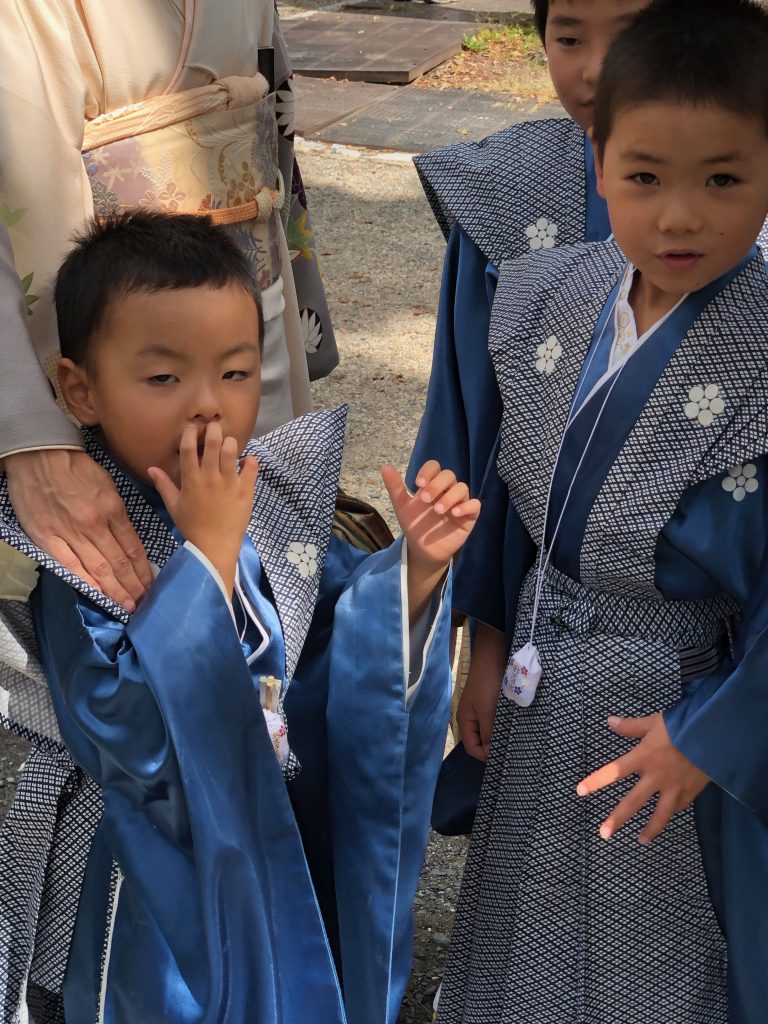 It was a tired, and a bit bedraggled group we found, but interesting nevertheless.  Those on horseback were as erect as ever, those walking were wearing out.  The young children , attired in resplendent period costumes, were charming.  They still had a long ways to go.  I guess you have to build up the endurance necessary for these parades, not only to participate in them, but to find them as well! 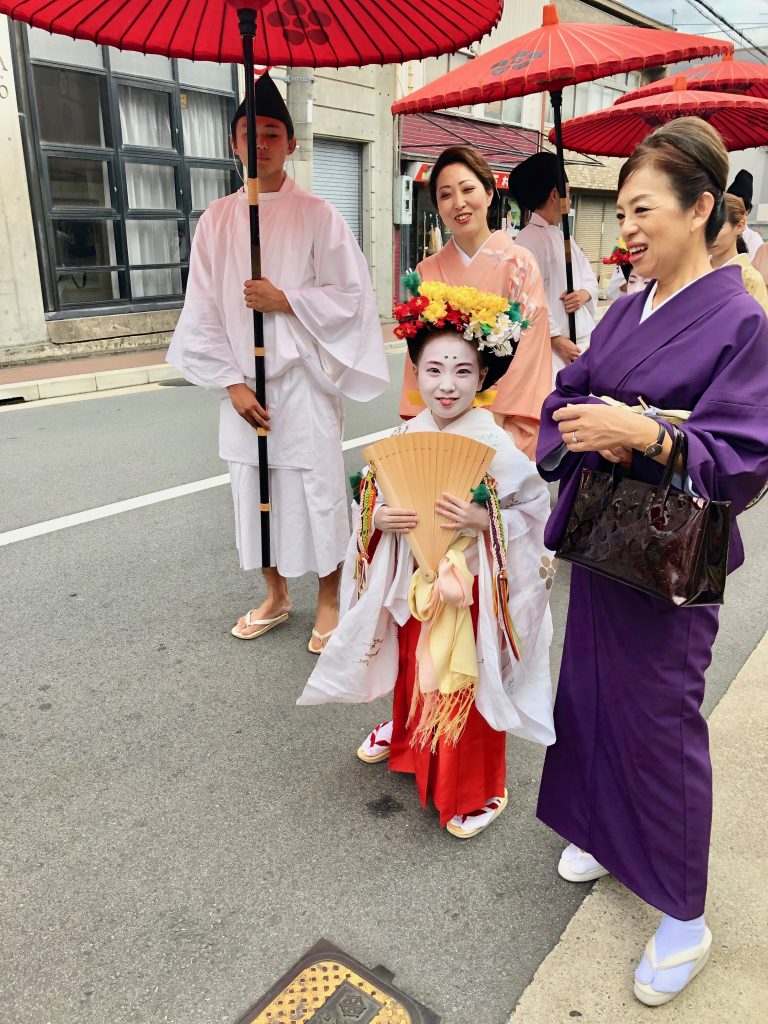 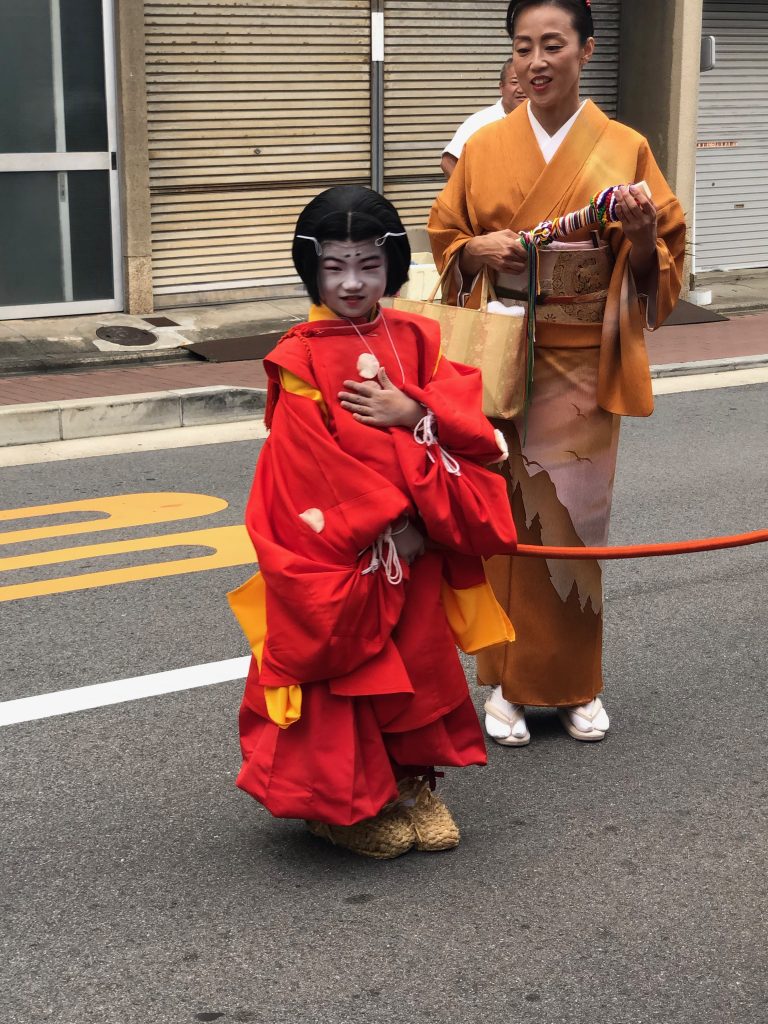 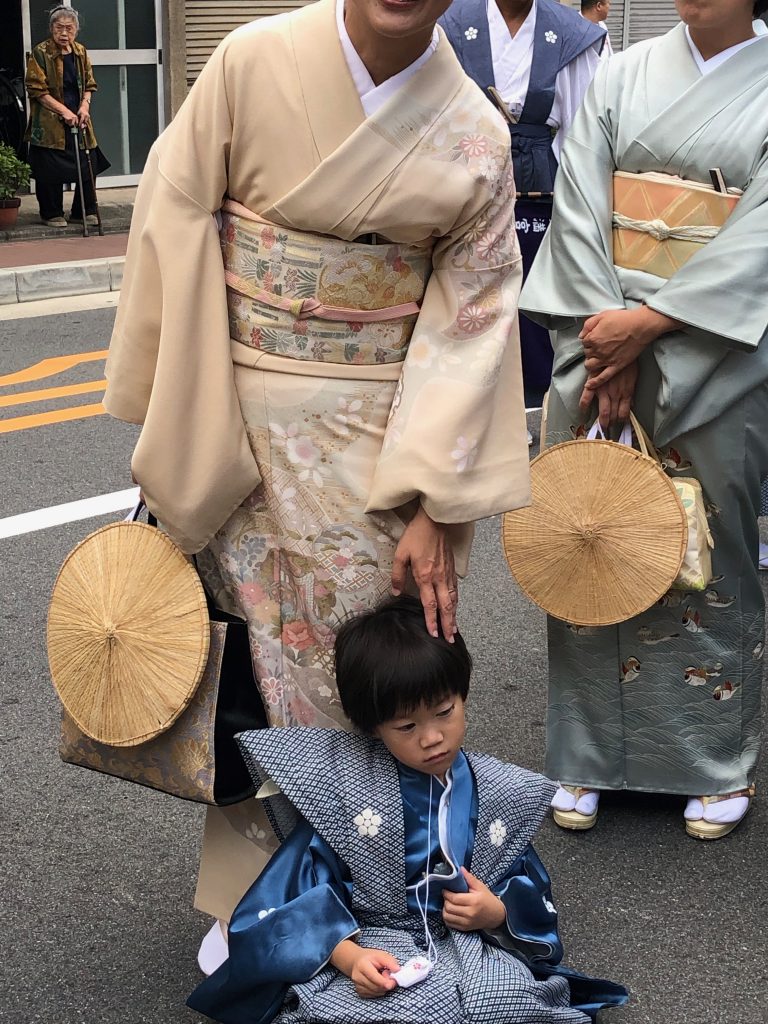