Observing Beauty in a New Museum 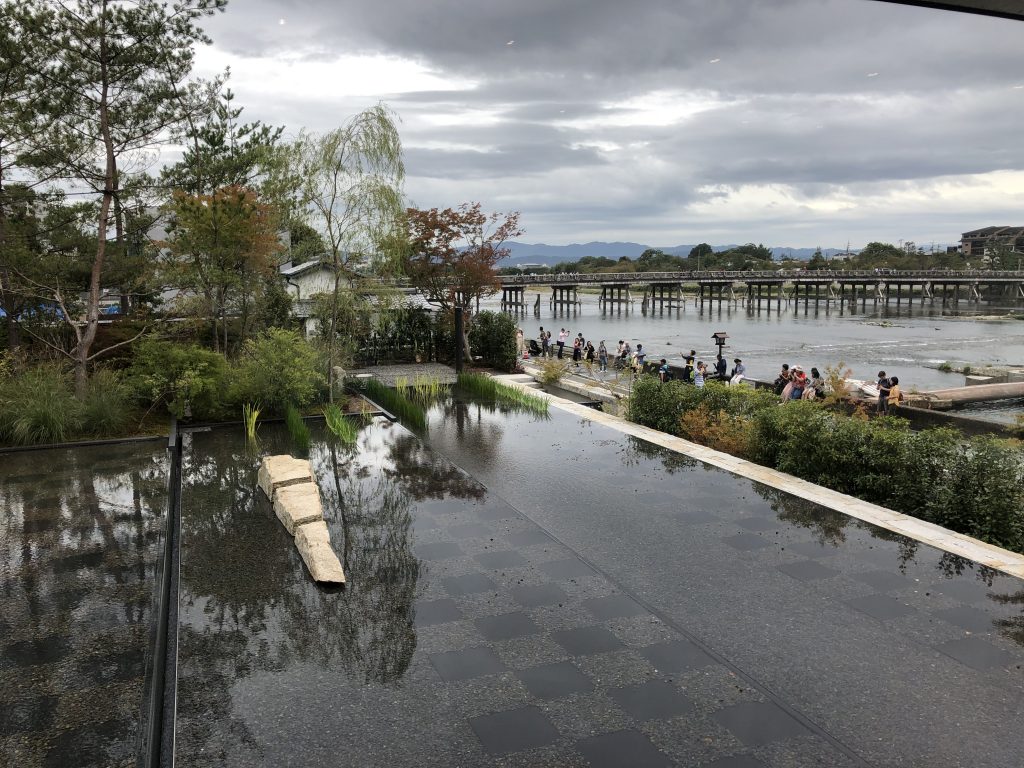 The gray clouds thickened yesterday, giving some credence to the possibility that a monster typhoon was scheduled to hit Japan in the near future. As far as we could tell, no one in Kyoto, with the exception of ourselves, seemed overly concerned.  We vacillated between thinking we should get supplies and hunker down, to feeling like we were over reacting to the situation.  After hard boiling some eggs, and getting some bottled water, we grew restless.  I suggested we take a break from the uncertain storm watch and visit a new museum that had opened in Kyoto on Oct. 1.  It was a good decision.

The museum was unknown to our first cab driver.  He said no to our request because he couldn’t easily figure out its location.  Undeterred, we got into another cab.  We found the building  on the river bank in Arashiyama, a naturally beautiful area of Kyoto where aristocrats and nobility used as a retreat.  Now it is often overrun with tourists, but still beautiful.  The museum was an uncrowded  delight. 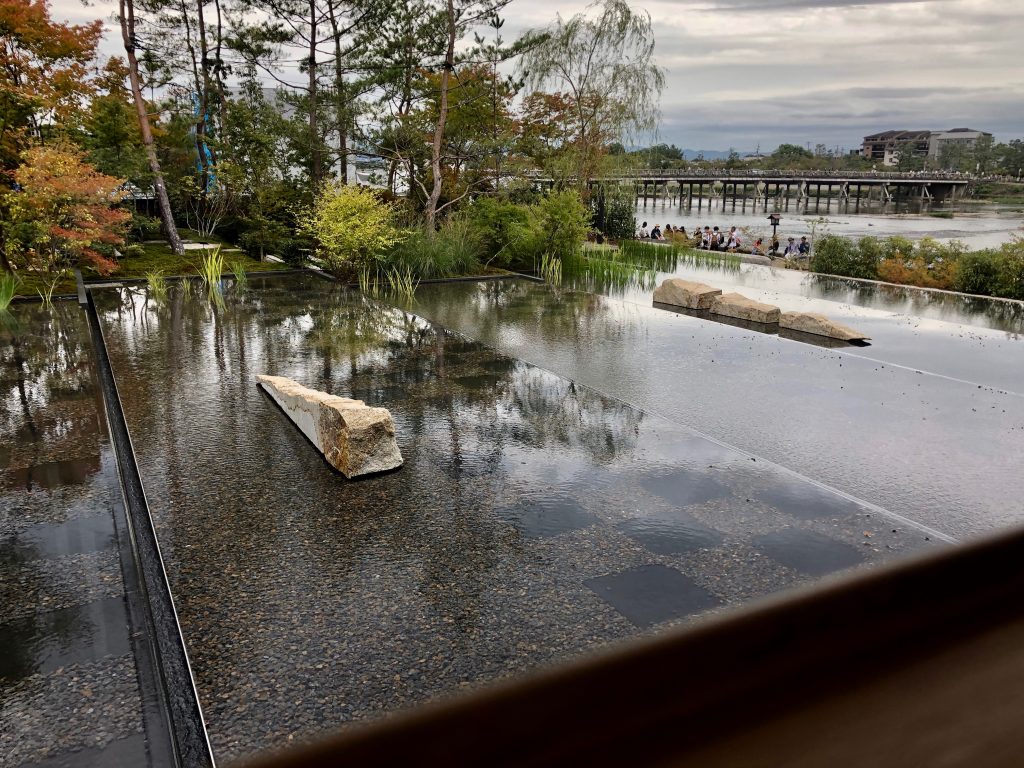 views from the cafe windows. 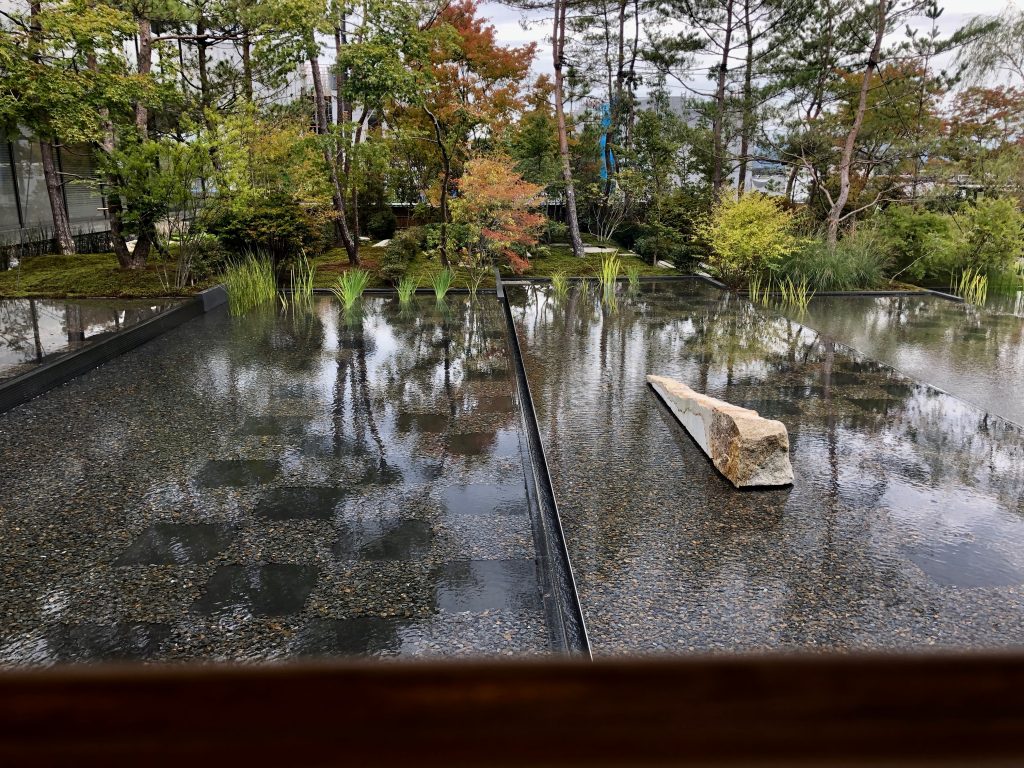 First things first.  It was time have lunch when we arrived.  The cafe location was extraordinary.  When seated, the landscape design of the museum building flowed into the river landscape of Arashiyama. Another Japanese design triumph, from my point of view.  Nobody does it better.  I could have stayed there for hours nursing an iced tea and an occasional piece of cake.

The collection is small and impressive.  The galleries for viewing the art are state of the art themselves.  For this exhibit, some rarely viewed art from the old Japanese masters from the Edo period to the present is on display. 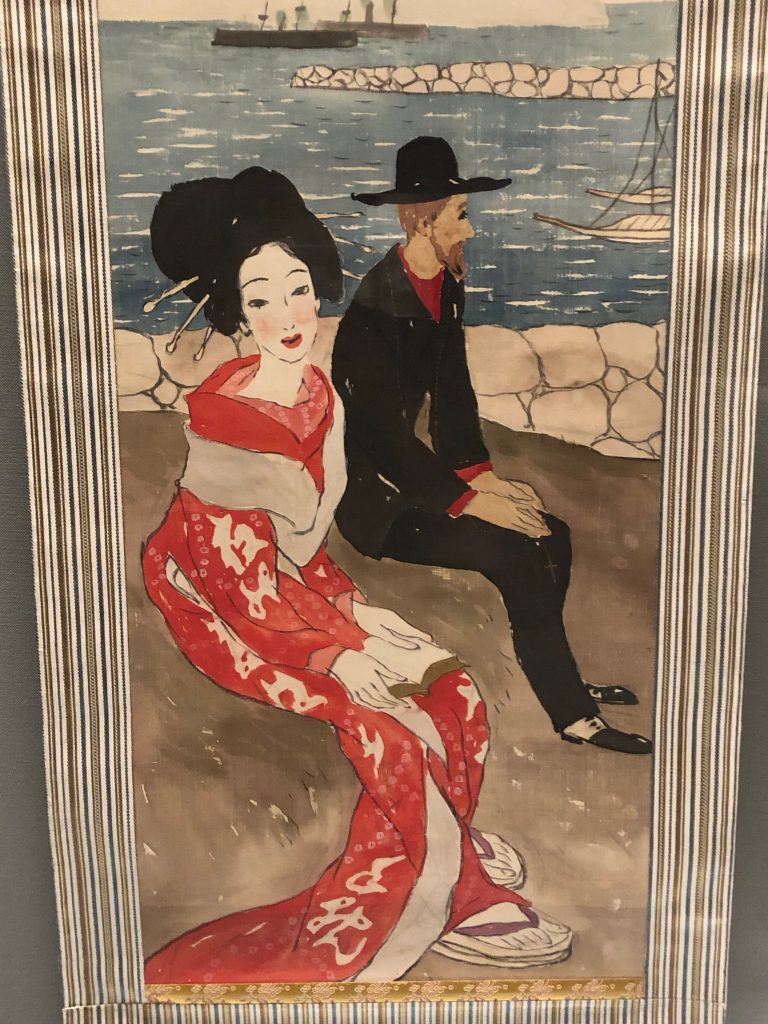 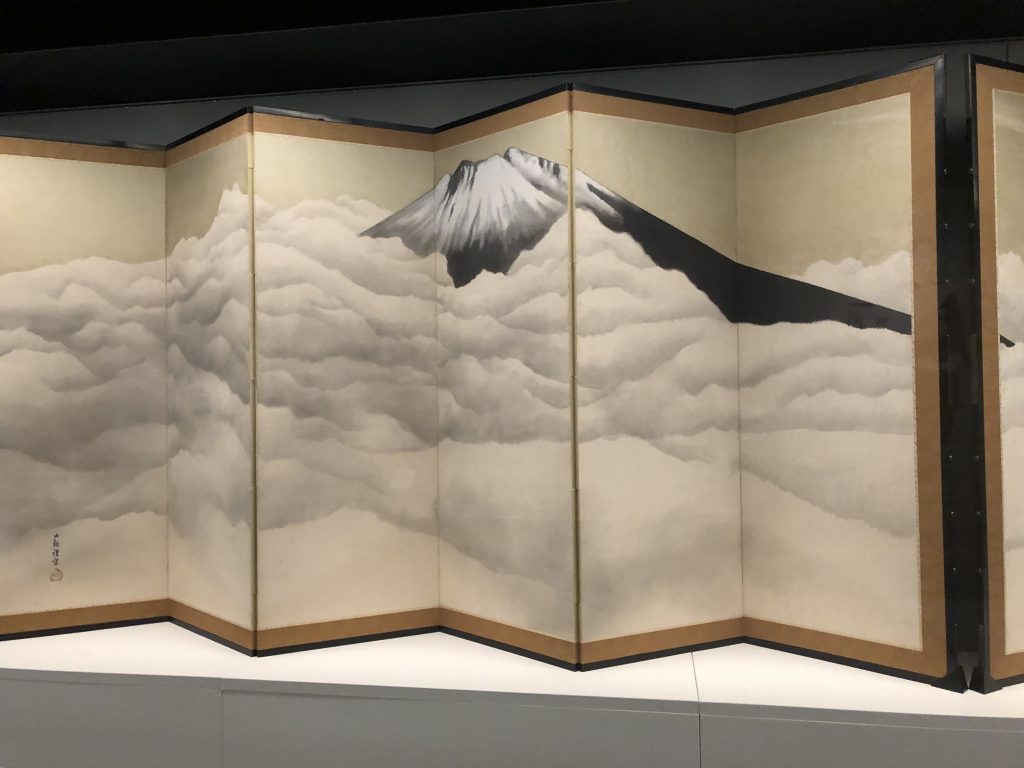 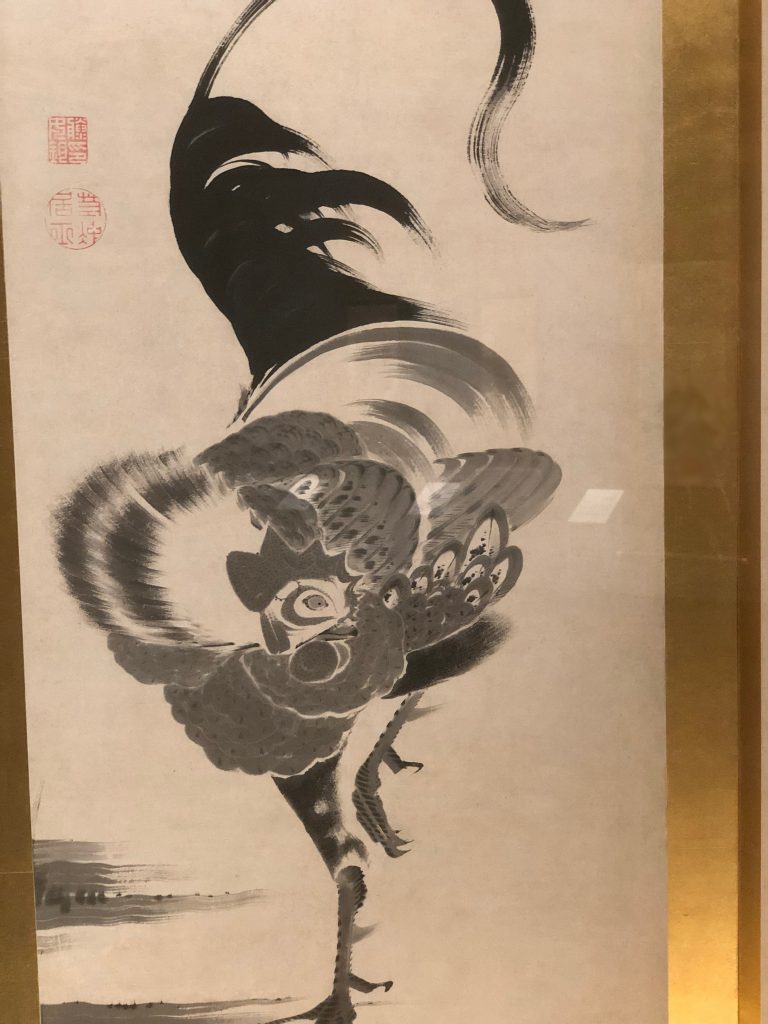 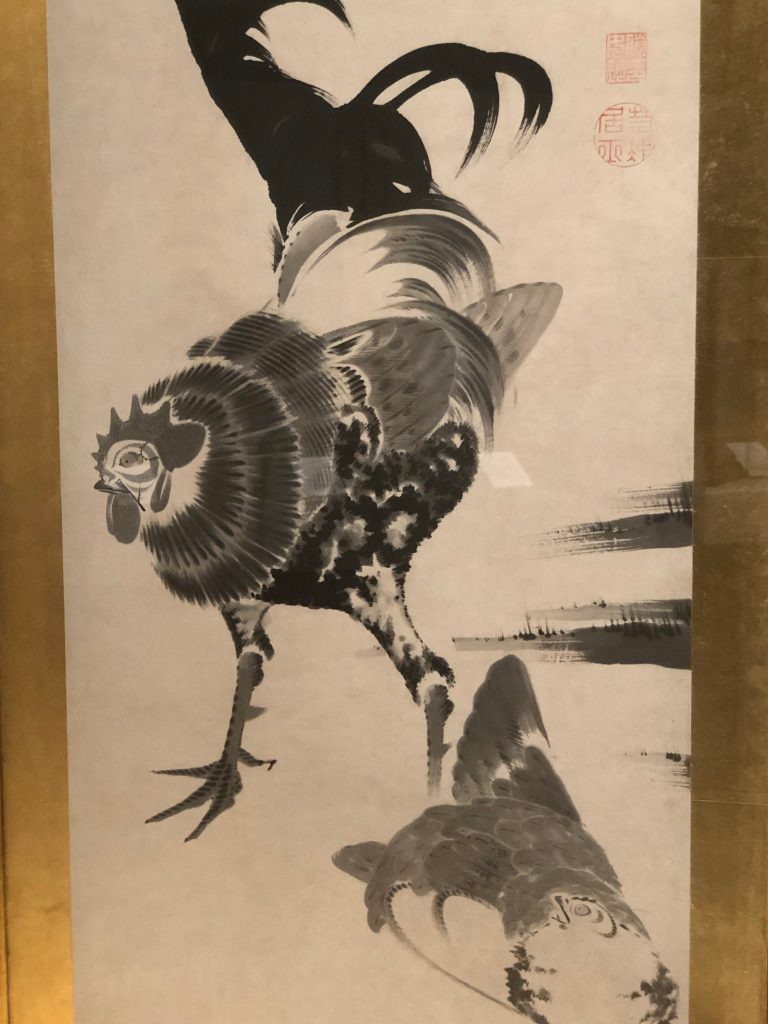 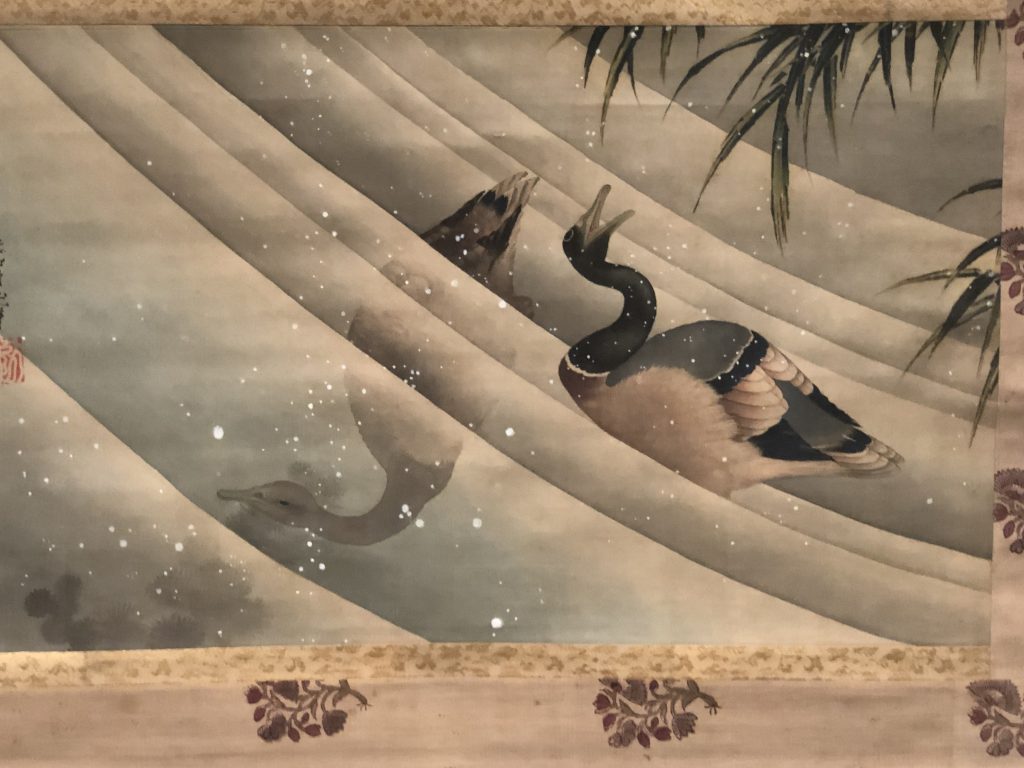 Newly confident and inspired by our outing, we returned to our apartment, noting on our return there were no windows boarded up and no sandbags by door fronts.  There was a pretty sunset and the prevailing calm allowed us to go out to dinner with friends. 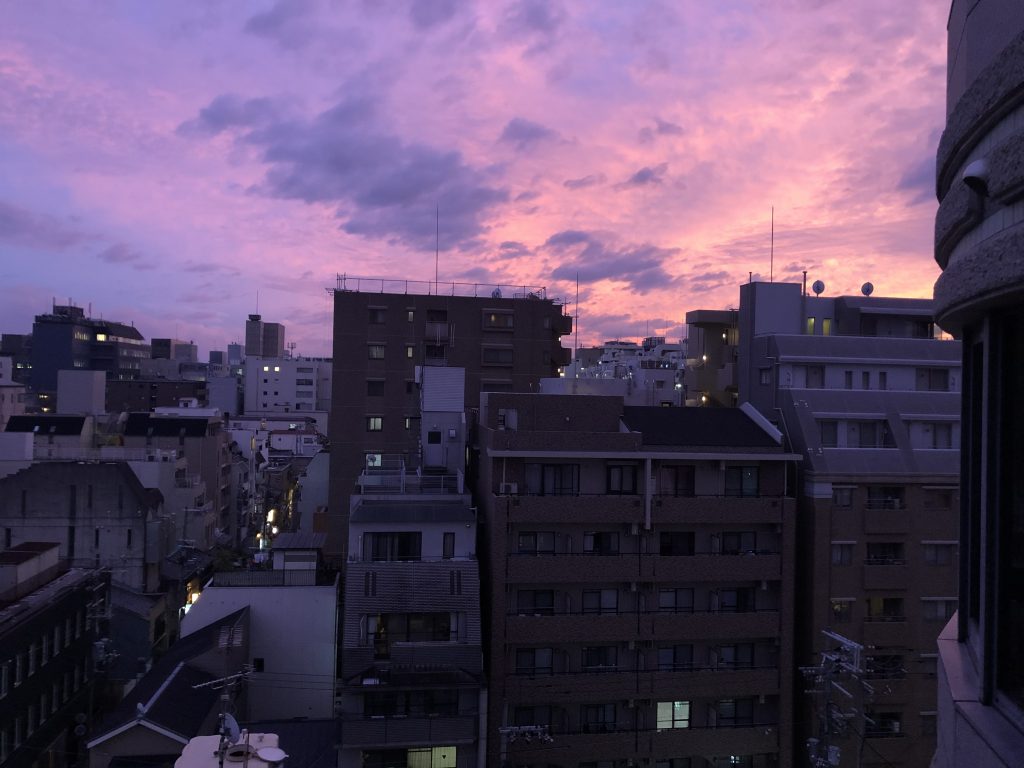