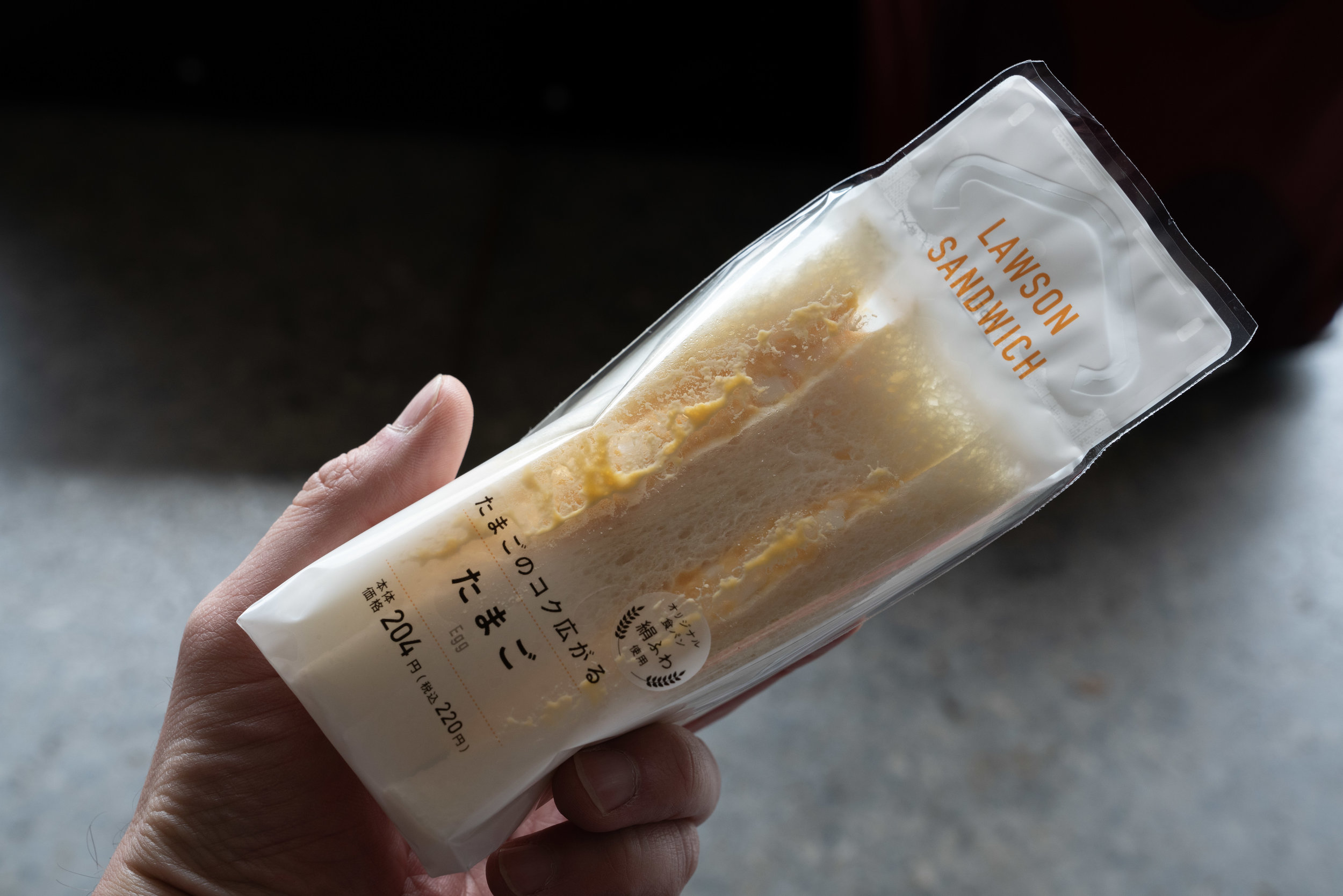 If dearly departed Anthony Bourdain hadn’t gone on and on about it, we never would have discovered this small treasure hidden in plain sight and literally around every corner. We would have missed the fun of being captivated by it!  I’m not talking about some high fallutin’ exotic something that must be hunted down by experts in the field..  Merely a humble but amazingly delicious Japanese egg salad sandwich on the shelves at every convenience (kombini) store in town, but brought to perfection by Lawsons and the Japanese penchant for taking an idea and improving on it!  For about $2!  ON white bread, no crusts.  The simplicity of it will melt your heart and capture your taste buds too. 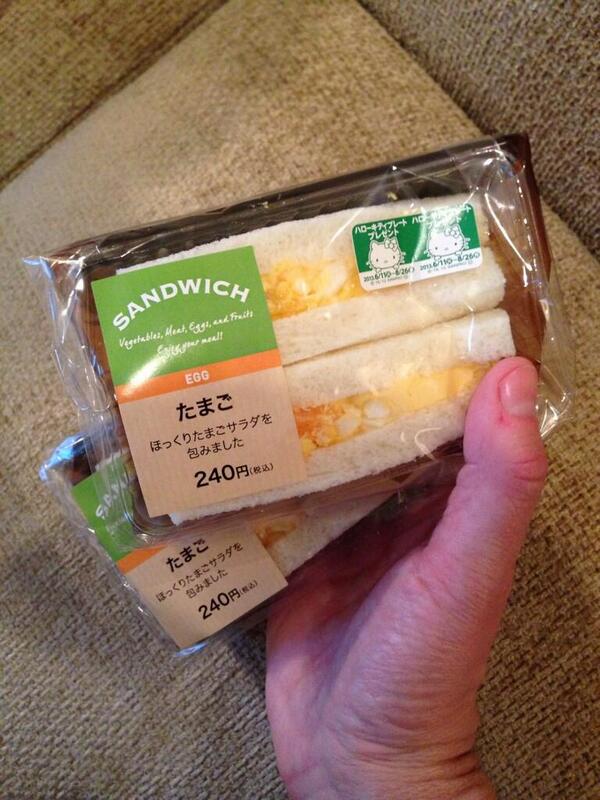 “Eating the Lawson Egg sandwich is kind of like being cradled by a proverbial maternal instinct in sandwich form. ” Stenberg-film, photo,travel.

Just as we crave Mexican food when returning to CA after a trip, so it is that as soon as possible after entering Japan, we head for Lawson’s for our hit of an egg salad sandwich.  We leave the store smiling.

During our recent threat from typhoon #19, we decided we ‘d better store a few food supplies “just in case.” My husband took to boiling eggs.  Little did I know he was planning to keep us alive by recreating the Japanese egg salad sandwich.

An ingredient appeared in our kitchen I wasn’t familiar with.  It was a large plastic jar of Kewpie Mayonnaise he’d bought at the grocery store.  He’d quietly done some research, as is his way as a scientist, discovered that Kewpie might just be the source of the magic, saving it for just the right moment. The Japanese take their mayo seriously and now we know why.  It’s got great flavor, and goes farther than American brands in pulling it all together.

All we got from the storm was a rainy day.  But just as we were deciding whether or not to venture out for lunch, he suggested we try his egg salad sandwich. It was spot on!  We were both happy.  My husband, particularly so.

We were both so pleased with his attempt to reproduce the umami of the sandwich , that my husband checked with Amazon, and sure enough, a jar of Kewpie can be ordered online from them at home. Good to know on the off chance a typhoon heads our way in CA, although my Mother always told me to guard against eating anything with mayonnaise that hadn’t been refrigerated.

If you’re not coming to Japan in the near future, you can give the egg salad phenomena a try at home,:https://youtu.be/PVN5VurqAxA.