I’ve wanted to return to Sanibel Island since I originally left it after a day visit in 1964. The island has been legendary as a mecca for masses of seashells on its shoreline deposited there because of its unusual placement in the Gulf of Mexico, close to Ft. Myers, FLA.

In the 60’s we took a small ferry to the island, as we noted with some sadness that a few large bridges were being built to connect the island to the mainland.  At that time, as I remember it, the island was largely undeveloped, the beaches knee deep in alluring seashells, largely untouched.  The shells were almost overwhelming in variety.

Sanibel takes some getting to, but when I learned there’s now a ferry from Key West, I became determined to check it out again after 60 years. Who knew what we would find or if, once the bridges were complete, we’d find the island we were initially drawn to now a fading image, something like our younger selves?

It was easy to sense that Ft. Myers Beach, where we landed for our first night after the ferry ride, had a dark side, despite the bright citrus colors most buildings were painted as a colorful ploy to suggest upbeatness.   Seamy bars lived in each “resort” where one could disappear for a lifetime. Alfred Hitchcock could have used it brilliantly.as a movie set.  If I had been five years old, I might have thought it was beautiful.

Someone on the staff had a talent for making towel animals.  Poor bunny. 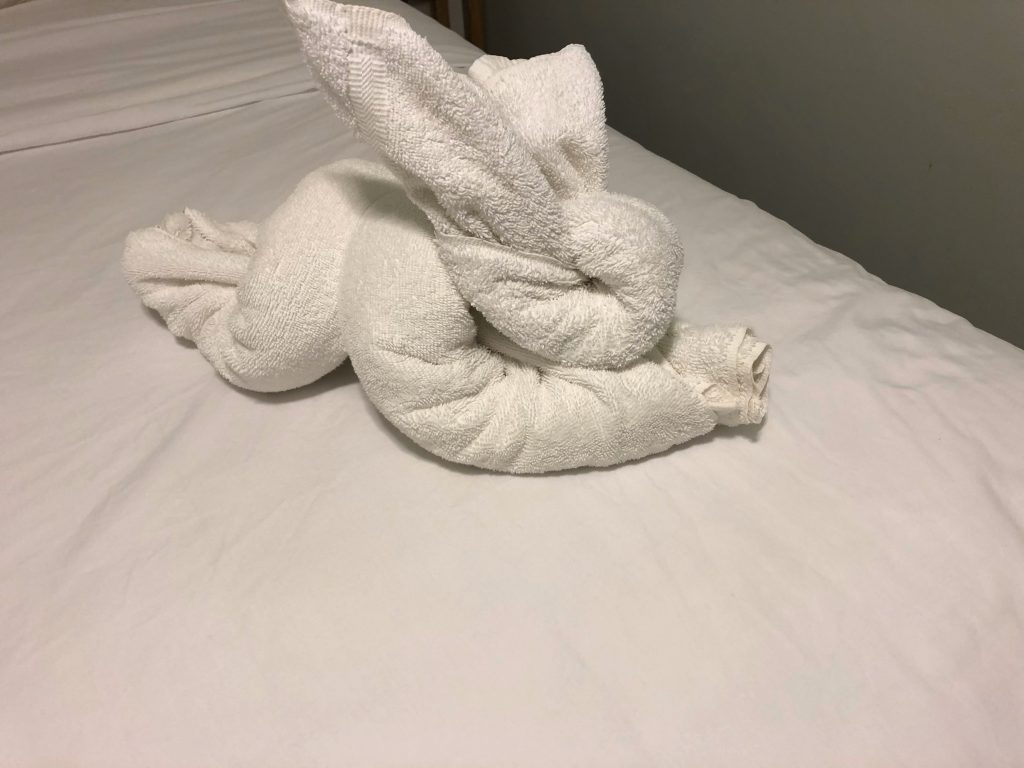 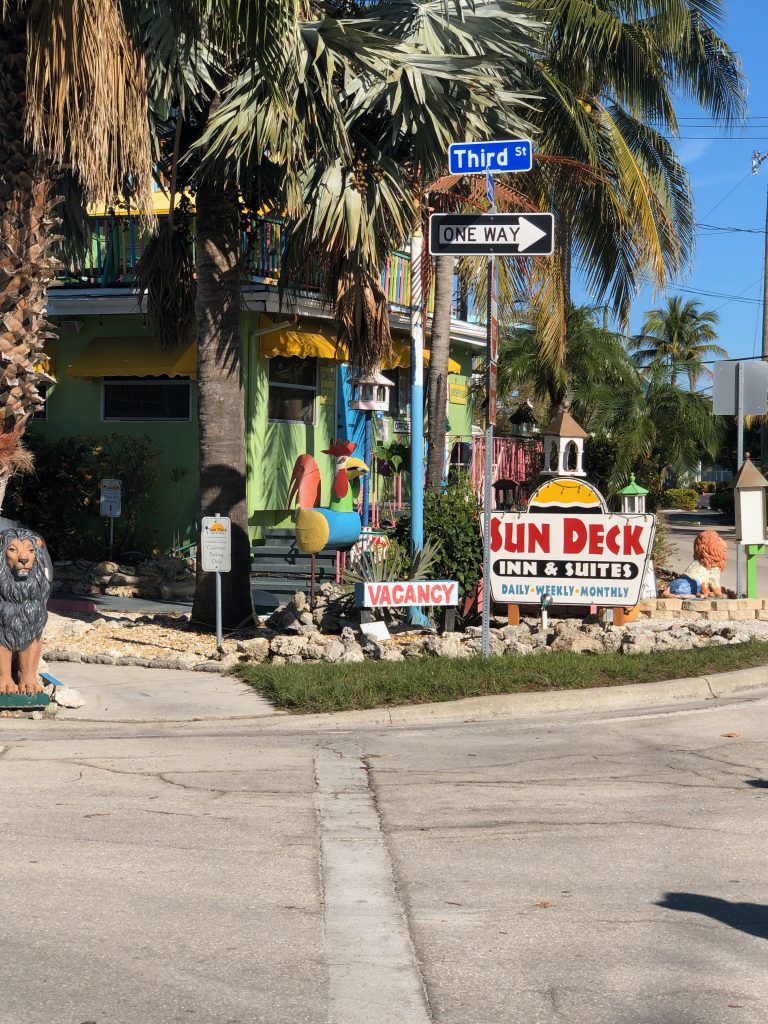 I woke up in the morning grateful for not having any bedbug bites and eager to get the hell out of there and on to Sanibel! 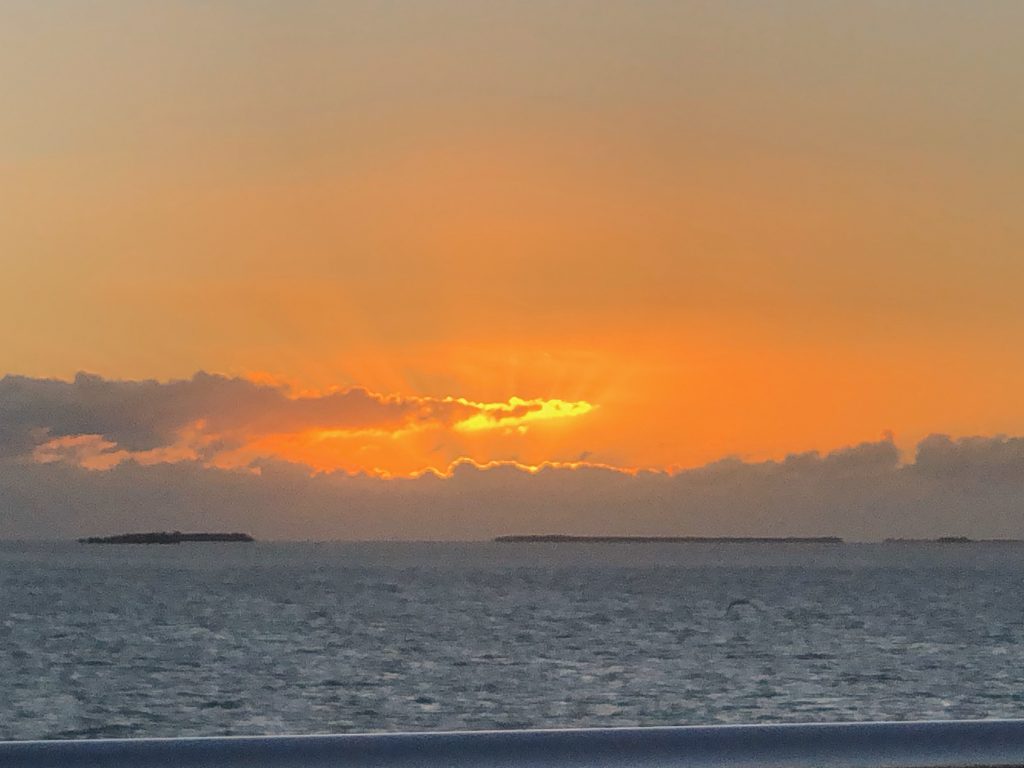 No way I would have recognized Sanibel. I felt grateful that it obviously was being taken care of, despite the inevitable development after the bridges came on the scene. 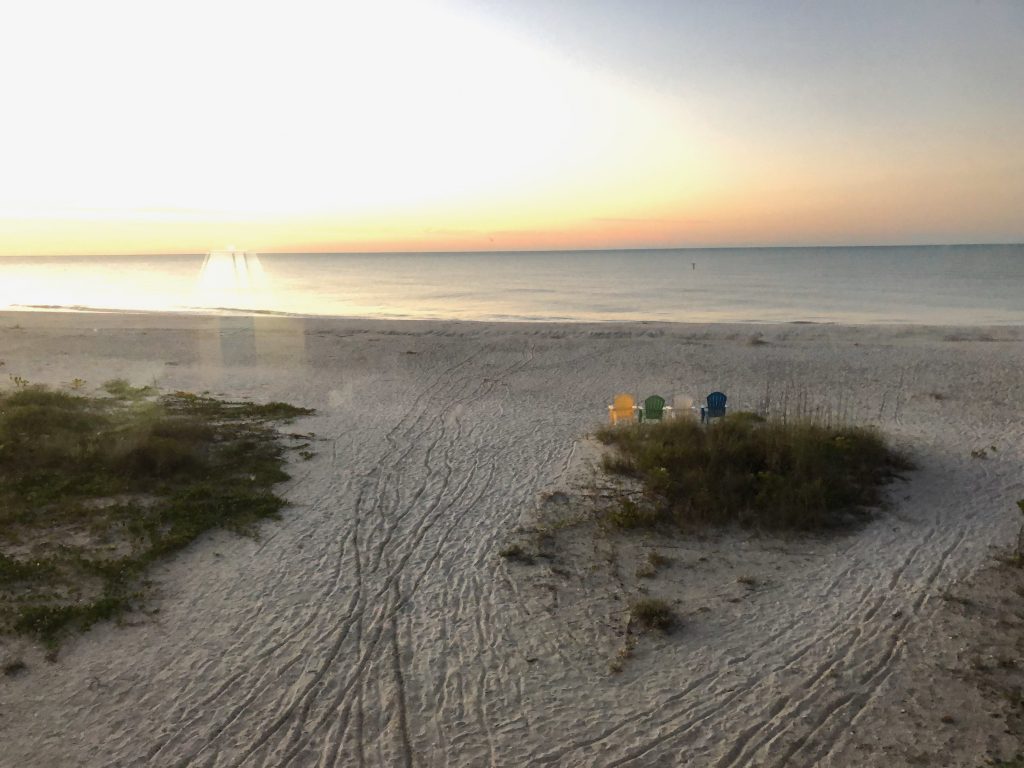 There are no food chains, no billboards, all tasteful but uninspired building and lush landscaping, and groomed residents, you get the picture.  We drove through a beautiful  wildlife sanctuary where it was easy to spot oblivious roseate spoonbills and white pelicans luxuriating in the late afternoon sun.

It’s a mid -western retiree’s heaven.  Bicycles abound on the long straight roads through the mangroves, but the real excitement takes place at the beach at the crack of dawn, as obsessed shellers greet the day by beach combing for special shells, still fairly abundant.

Nature is the show here in this natural paradise.  Humanity has  intruded in a respectful and fairly sterile mode of development. There are no inspirational flashes of creativity that are apparent to me.  They are setting aside large tracts of land and mangroves in a continuing effort to preserve.  I admire that.  But where is the artist’s input? Those in charge have played it very safe.  I understand that.  But a little EDGE would have been fun and stimulating and have really added to the mix.  It’s not too late. See Naoshima and Setouchi Triennale. 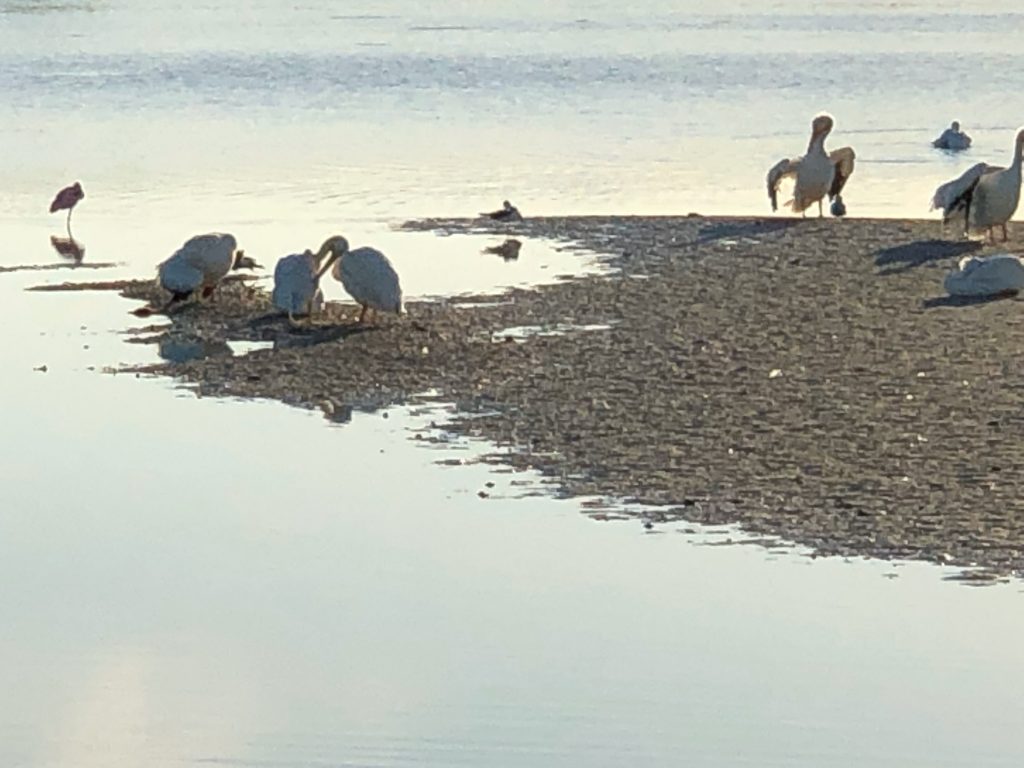 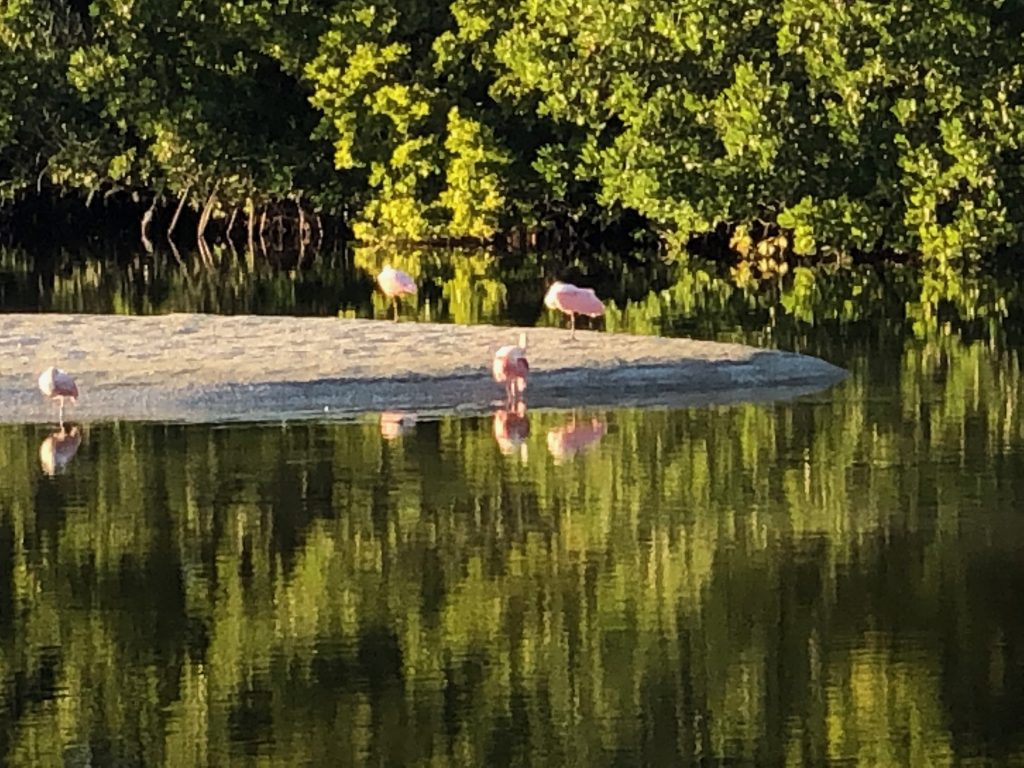 Speaking of the beach, it’s gorgeous and uncrowded, walkable for miles, which I was too lazy to do. We watched sunrise and sunset from our motel room window and a full moon rise in the early evenings. Perfectly satisfying. 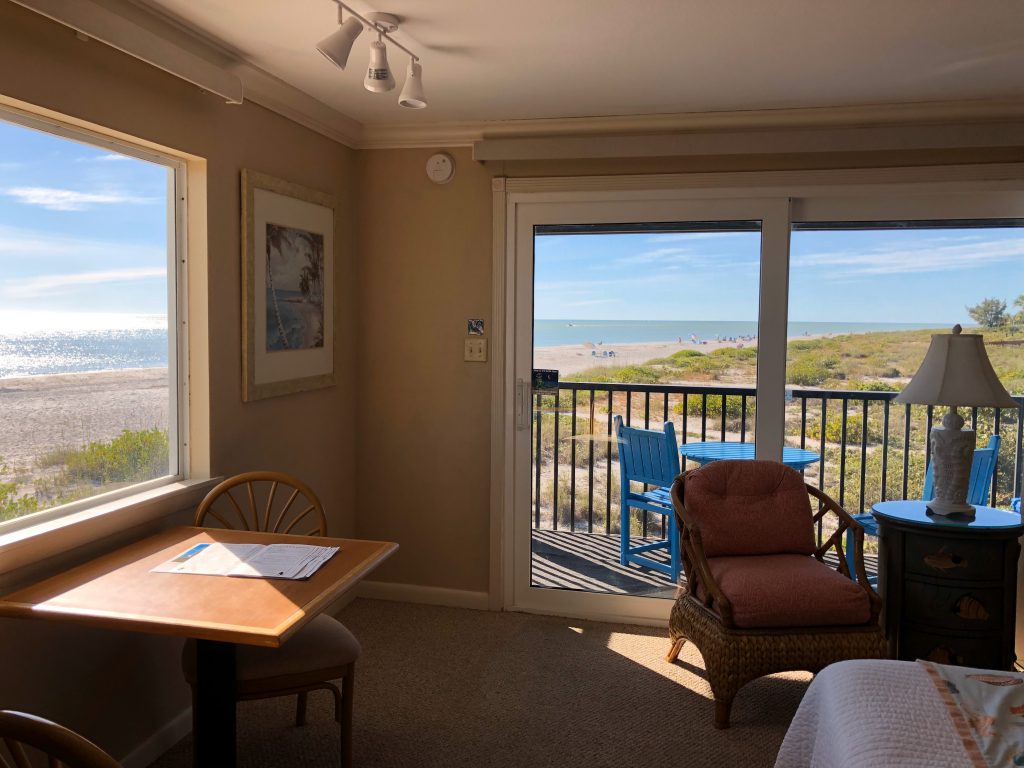 View from our motel room, The Shalimar.

When I casually asked my husband if he would like to return, he said, “been here, done that. ” Not the response I’d hoped to hear, but I understood.  His fishing attempts here yielded nothing, what did I expect?

I would still like to return, but realize it probably won’t happen.  It’s just that time of life.