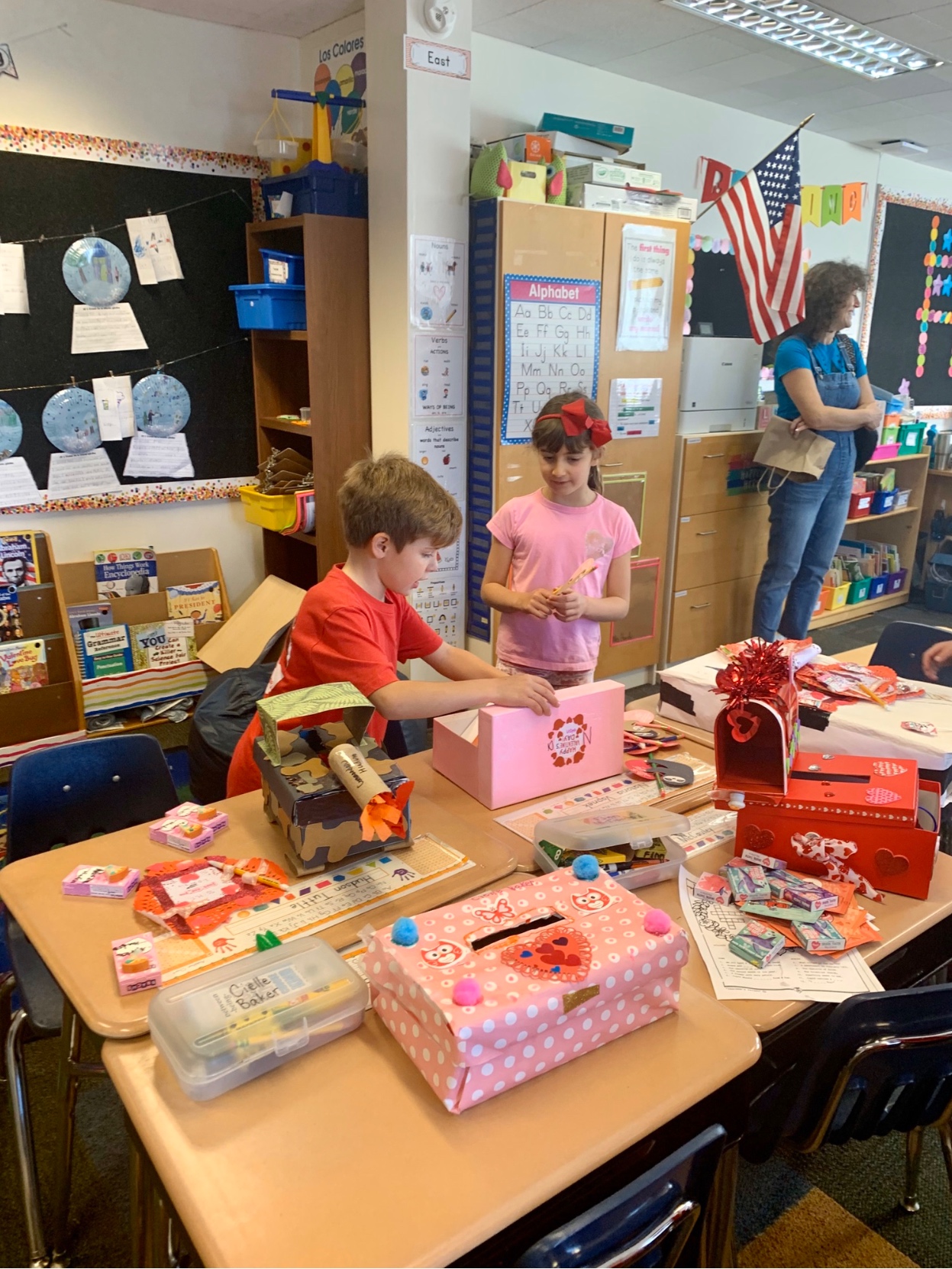 By Dianne VapnekFebruary 14, 2020No Comments

The olde nursery rhyme, Roses are red, etc. is probably one of the first rhymes that American children memorize. It’s a charmer for a young child, easy to recite, and to manipulate the last two lines for their own needs be that loving or cutting. 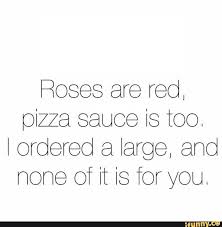 I remember loving Valentine’s Day from the early days of elementary school. Each teacher I had would lavishly decorate a box that would hold all the valentines our classmates brought to school for their friends. They would be distributed at one time on V Day. All the kids waited anxiously,( the less popular ones probably more anxious than the self assured), hoping to have a substantial accumulation of envelopes piled on their desks to confirm he/she was not an outcast. Unfortunately, these were the yoyo(you’re on your own!) days. There were no mandates that a student should bring or make a card for each classmate.  The distribution of cards was inevitably unequal, and actually an unnamed popularity contest.  I remember the distribution being occasionally excruciating as I waited for a card that failed to materialize. Oh, the heartbreak!

THE powerful and mysterious VALENTINE BOX would appear several days before V Day. They were mostly crepe paper works of art that any young  child would think is gorgeous. I remember studying their construction each time I walked past the teacher’s desk, hoping hoping hoping that my name would be on a reasonable number of envelopes. 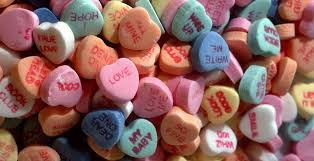 Some cards from friends included some small candies which would be an added bonus. Let’s face it, the chalky pastel heart sayings never tasted good, but they were fun to look at and I managed to eat them even if they didn’t taste very good.

I think by the time we got to middle school the Valentine Distribution was over. At least I have no memories of such events. Just as well, because I know it would have been painful for me. Those years were awful as far as I was concerned. I didn’t know who my friends were from day to day. 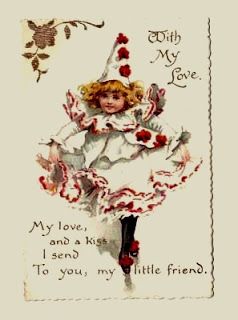 I used to enjoy going antiquing in New England with my Mom. I quickly began to collect vintage Victorian Valentines. I think they’re beautiful to this day. 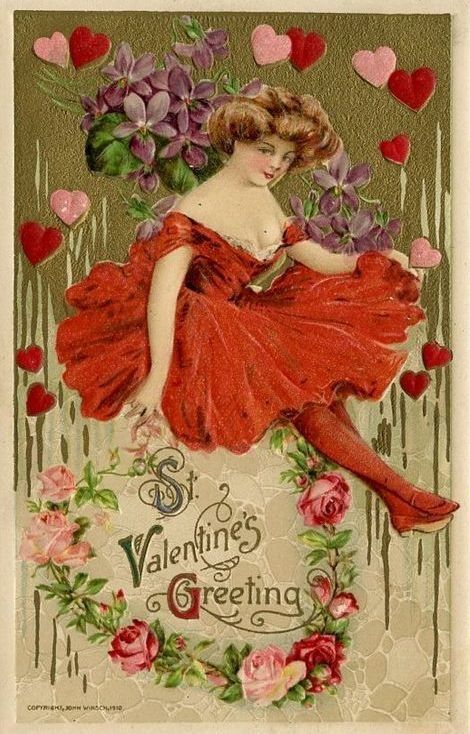 The truth is I like to decorate things. Vday makes it easy. When one of my granddaughters passed through her first VDay I saw it as a perfect opportunity to dress her up. See digital card below. 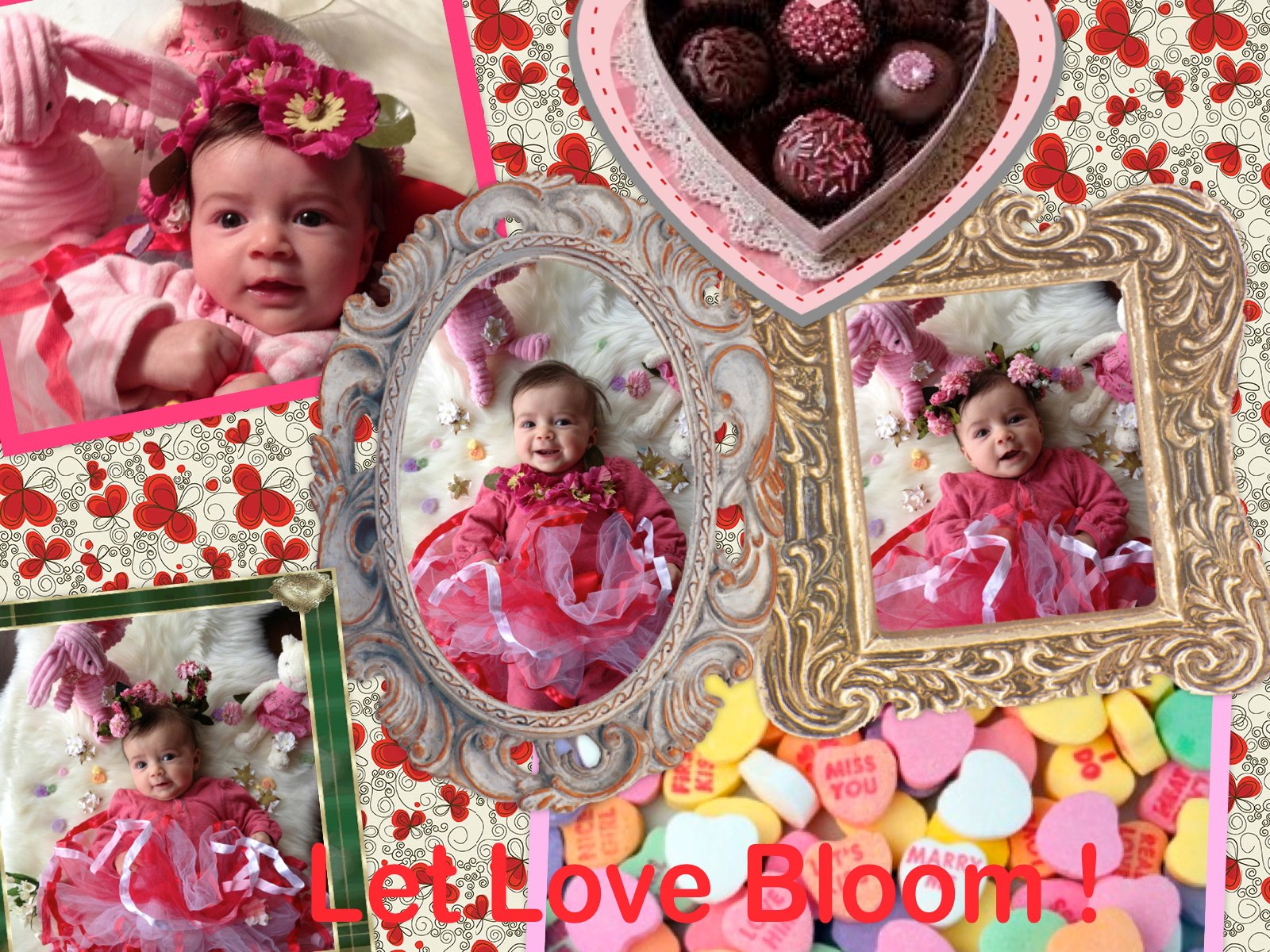 Vinegar Valentines could be found in the Victorian era if needed. 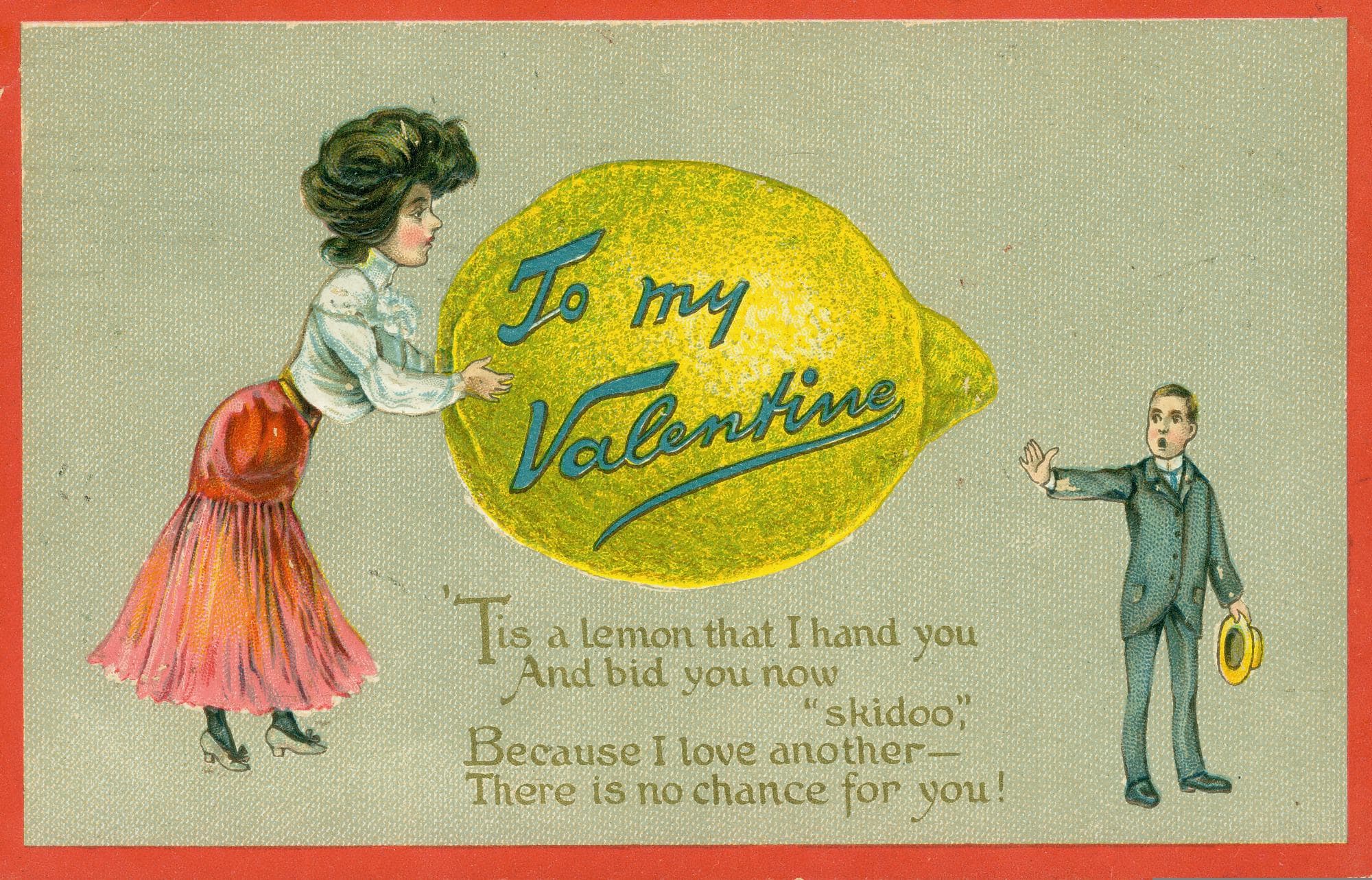 Fast Forward to having my own family. I tried to do it up for my kids when they were young. My mother would always send large boxes of candy for each child, along with other Valentine -themed miscellany. My Dad had a grocery store, so I imagined that she had fun with a grocery cart at the candy counter piling up the junk. My kids were invariably thrilled. I kept the Valentine tradition going, probably longer than I needed to!

My parents gave me Valentine cards as long as they lived. My father often bought me a heart shaped box of Whitmans’s candy. That was a Big Deal, because he hated to shop, even though I knew he’d probably gone next door to the drugstore to buy the heart!   I’d kept those boxes as treasures and the chocolate scented paper cups and liners that contained the candy too. The lavish heart boxes resembled coffins as far as I was concerned, but they somehow managed to still look glamorous.

I continued the tradition of giving each of daughter a card each year, long after they were grown.

One year, after experiencing a drought of cards from my children, I let it be known that my feelings were hurt. The daughter I shared my sadness with, looked at me with alarm and curiosity. “Why should I give you a card?”she wanted to know. “After all, I am not your boyfriend.”

Now I still will get a card for my younger grandkids, but the older ones? They’re on their own! (TOTO)They never inquired why I stopped sending them cards.  Sadly, I don’t seem to be on their lists either, assuming they have one! But it’s understood we love each other, I hope!

Dear Donald Trump,
Roses are red,
Like, so red.
So red, you won’t even believe that they’re real roses.
Trust me, I know roses.
And these roses are red.