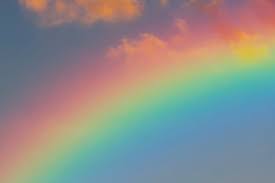 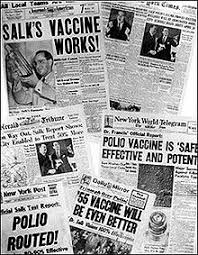 My Mother’s eyes filled quickly with tears which soon cascaded down her face. I looked at her, surprised. “You’ll never know what a relief it is for a parent to live to see this day!”she blurted out. I had been taken by surprise. Apparently, the discovery of a polio vaccine was a dream come true for parents. I’d never realized the dark shadow the threat of polio had cast across lives. 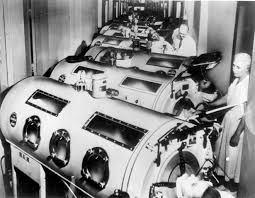 That conversation took place the day the success of the Salk vaccine for polio was announced to the public.

I spent most childhood summers avoiding swimming pools and movie theaters. My Mother’s orders. That’s what you did in the 50’s if you were middle class and the threat of catching polio hung over you every summer. At off seasons I sat uneasily in movie theaters as collections of dimes were inserted into cardboard slitted containers for the March of Dimes as rows of helpless children captured in giant breathing apparati, appeared on movie screens. The iron lungs helped victims to breathe as the disease took its nasty toll. It was particularly hard on children and lungs. It was hard on children to watch as well. I think I pushed the threat of polio for myself to a far corner of my mind. It was just too much to

Summers became a lot more lighthearted following the introduction of the miracle vaccine. Polio in countries that vaccinated quickly became a distant memory. 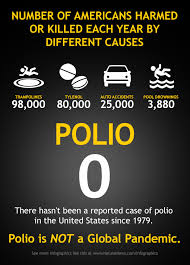 The years go by. As does a lifetime. Politicians go by. Wars go by. The Korean, The Vietnam, WWII,The Cold War, 9/11, The War on Terror. Each bringing its own threats and concerns. Some are quickly forgotten, others carve deeper scars. And life does go on. As does disease.

Everyone has their own way of dealing with these unpleasant facts of life. After making the decision that it was wise for us to shelter in place, life is rather dull, but very relaxing. I’m afraid it’s making me lazy, but I don’t really care enough to change it. Better to be relaxed than panicked, I think. Maybe the end result of all this will be a country that is more functional? Voters who are wiser, politicians who value the truth, and a greater understanding of what it means to be in this stew together. Maybe this mess will bring greater international cooperation among nations? Maybe we’ll value the arts more, now that so many venues have been closed?

Long story short, I want to wish my readers well. Thanks to everyone who takes a chance on their own health by caring for those who are ill. Let’s all try to be our best selves in helping others when we can. If only with kindness and a smile.It can make a difference for all of us.