A Surprise Gift from Mom

My Mom’s birthday was either Jan 2 or 3.  Not much of a difference, my grandparents  just didn’t keep really close tabs on birth dates in the early 1900’s  when they were six other children to raise.  Either date, I find myself thinking of her this time of year.

While in our kitchen this afternoon, I idly picked up a Japanese cookbook I haven’t opened in a long time.  I thumbed through it, back to front.  As I neared the front of the book, something dropped out of the book.  On 5 x 7 index cards were a group of recipes my mother had handwritten for me soon after I married. Over fifty seven years ago to be exact! I was startled. 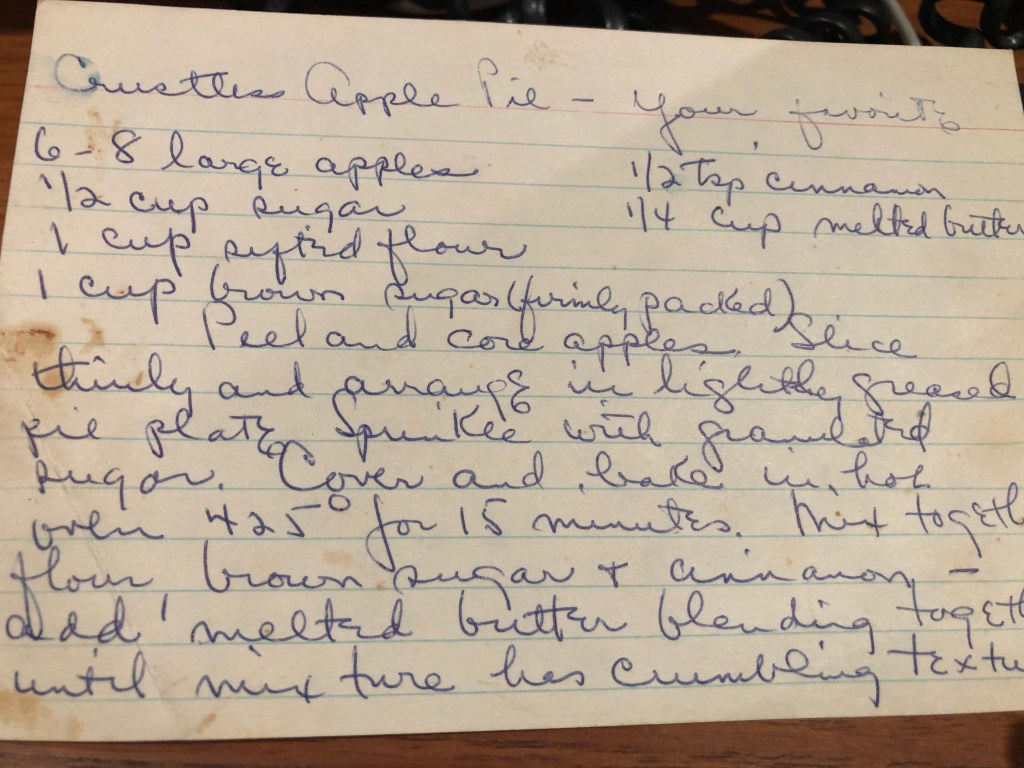 There was her familiar written script.  I had misplaced the recipes long ago. I’d branched out too in my eating habits.  I’d given up hope of finding the recipes ever again.  What a surprise gift for me.  I have no memory of having placed them in the Japanese cookbook.  There was no logic behind it.  The recipe I recreated a few weeks ago when I had an abundance of apples in the fridge was there in original detail. She called it crustless apple pie and noted that it was my favorite.   I didn’t get the topping right.  Now I found out why.  Was she watching me try to recreate it???

This time, the recipes did not get stuck back in a cookbook.  I put the cards  in my desk drawer and thanked Mom for visiting on her birthday.Next time I attempt the crustless apple pie,she’ll be by my side.