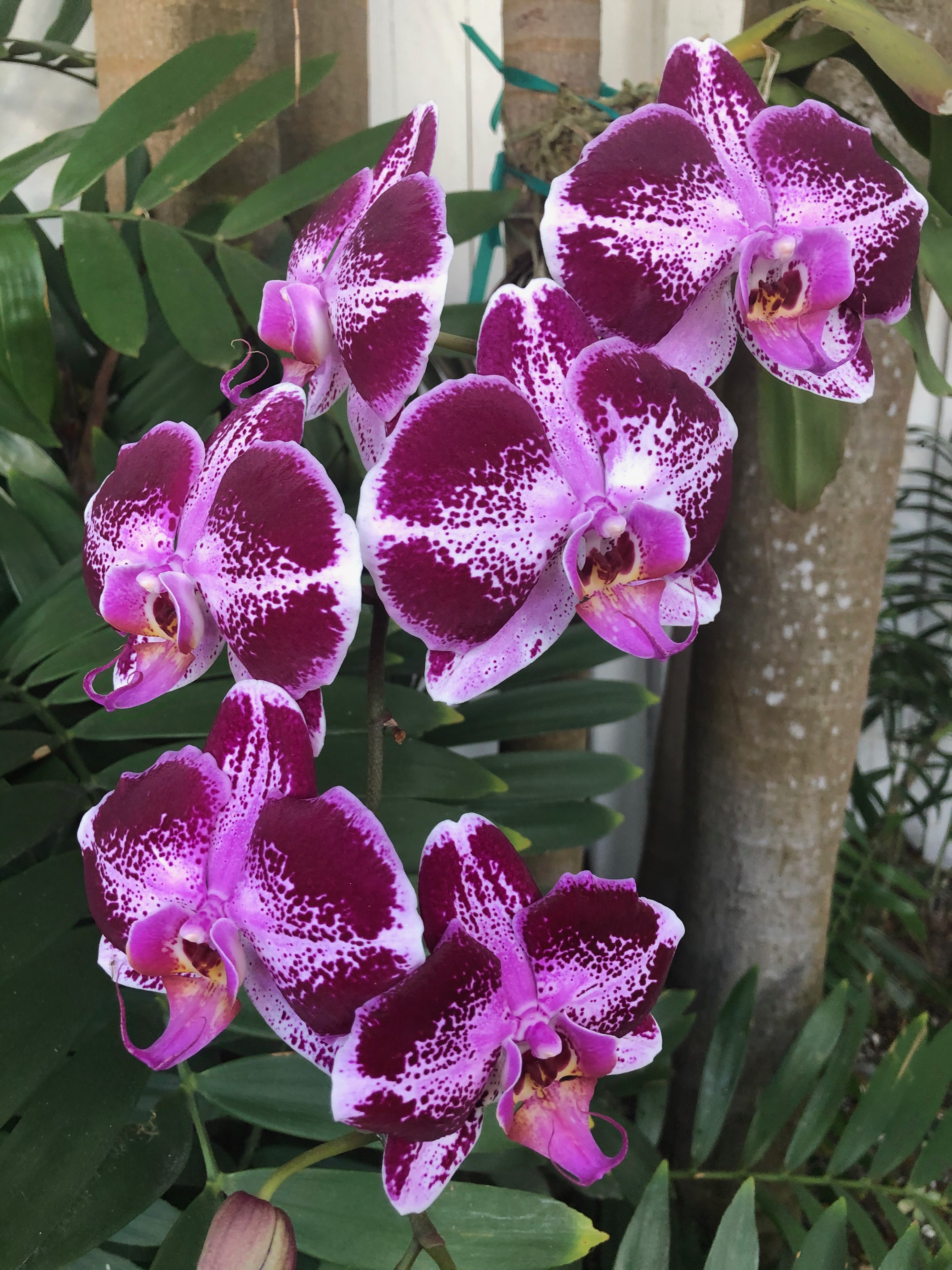 Key West on the Horizon, Folks!

As the plane climbs and banks to the south, the bulky silhouette of mainland Florida, grows more narrow and ultimately ends.  What takes its place is a watery landscape punctuated by numerous dark blotches that are small islands or keys.  Off in the distance, if you know what to look for, you’ll spot the narrow Overseas Keys HIghway connecting a few of the  larger land masses. This daring road was created in the 1930’s over an old railroad bed and added to and improved upon  for several decades.  It probably is the most spectacular drive in the world that you can take by automobile.  The road ultimately ends in Key West, which was our destination.  By plane the trip takes 38 minutes, by auto, over three hours.

A scattering of clouds, turned lavender grey by the sunset, looked like dollops of meringue. Lavender meringue, not the white stuff.   I breathed in deeply.  This is familiar territory, but there’s always excitement that accompanies each new visit.  Maybe because it’s a journey to get here and we don’t make it too often.

The warm wash of an apricot glaze sizzled on the horizon as the sun sank deeper into it, wrapping up another day in the tropics.The lights of Key West would appear soon.  It was still surprising to find a city of decent size in this milieu, but here it is;  a city with a fascinating history, attracting the likes of Hemingway and Harry Truman, along with treasure seekers (formerly) and a number of nee’er do wells and aging hippies. I haven’t encountered any pirates.  Many Cubans from earlier days of boat lifts, etc.add a welcome  whiff of Cuban culture and in particular, food! Key West is a city with more intact historic houses in one place than a person usually sees in a lifetime.  And more restaurants serving key lime pie and its variations than seems possible..  NOte:  The filling of key lime pie should be yellow! If it’s green, food coloring has been unnecessarily added.  Also, there should not be a topping other than a dollop of whipped cream.  Take it from a veteran!

Also to note:  Be sure to eat Florida stone crab claws when you can.  They’re delicious and abundant!

For myself, the architectural legacy is where the charge lies.  The hedonistic reputation of the city means nothing to me. I can easily become snobbish about the drunks.   I do wish there were a dance hall here with Cubans teaching salsa. Just as well there’s not, or I’d be there day and night.  I came here a few times during my college years when I could talk a current boyfriend into making the drive.  Did I mention the lure of key lime pie? That’s remained steady.  One of my daughters bakes a great one.   During college years, I was also attracted to Key West hand printed fabrics made up into tasty dresses, etc. that I could not afford.  But I always looked. 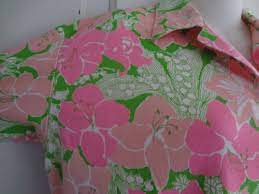 Now the shopping here is mostly reduced to silly t-shirts and odd stuff that qualifies as a souvenir.  Probably made in China. 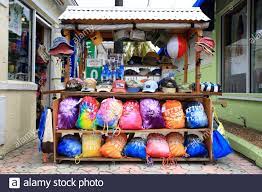 During college years, I loved to sunbathe.  There was no such thing as too much sun.  As an aging adult, I’ve paid the price, so that indulgence is off the table now.The ritual still looks appealing though.  Of course, I look less appealing in a bathing suit, so I don’t miss that.  Nor does anyone else, I believe. 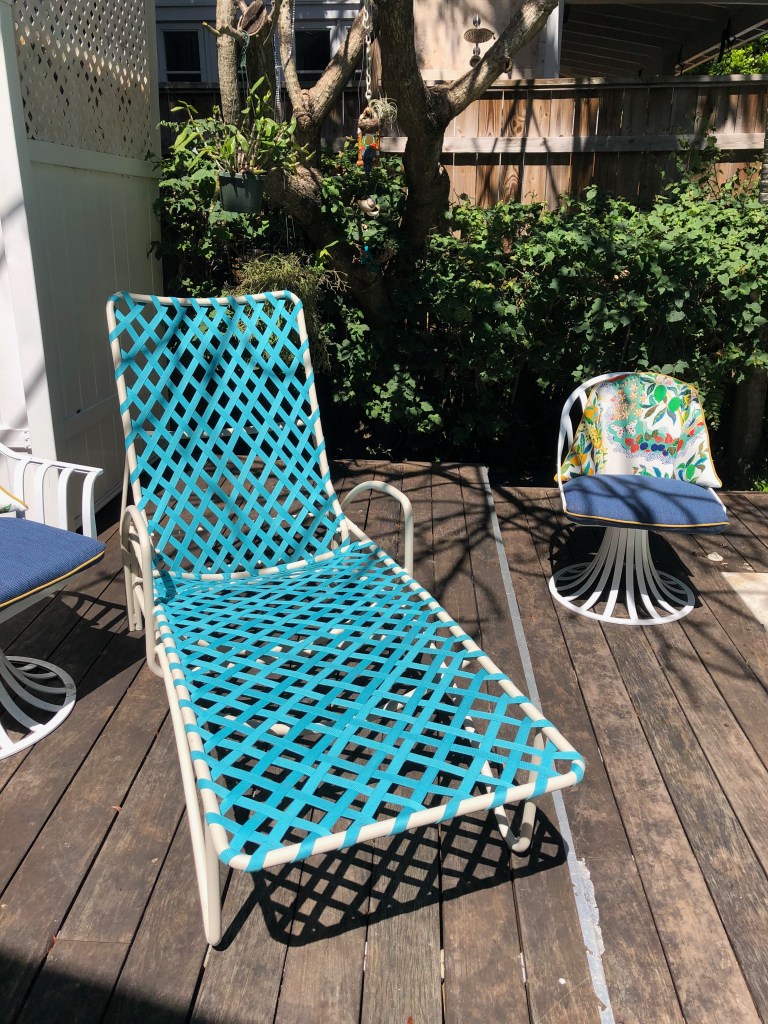 I could easily get into growing orchids.  This beauty grows in front of my house wrapped around a palm tree.  My timing was perfect to see it bloom. 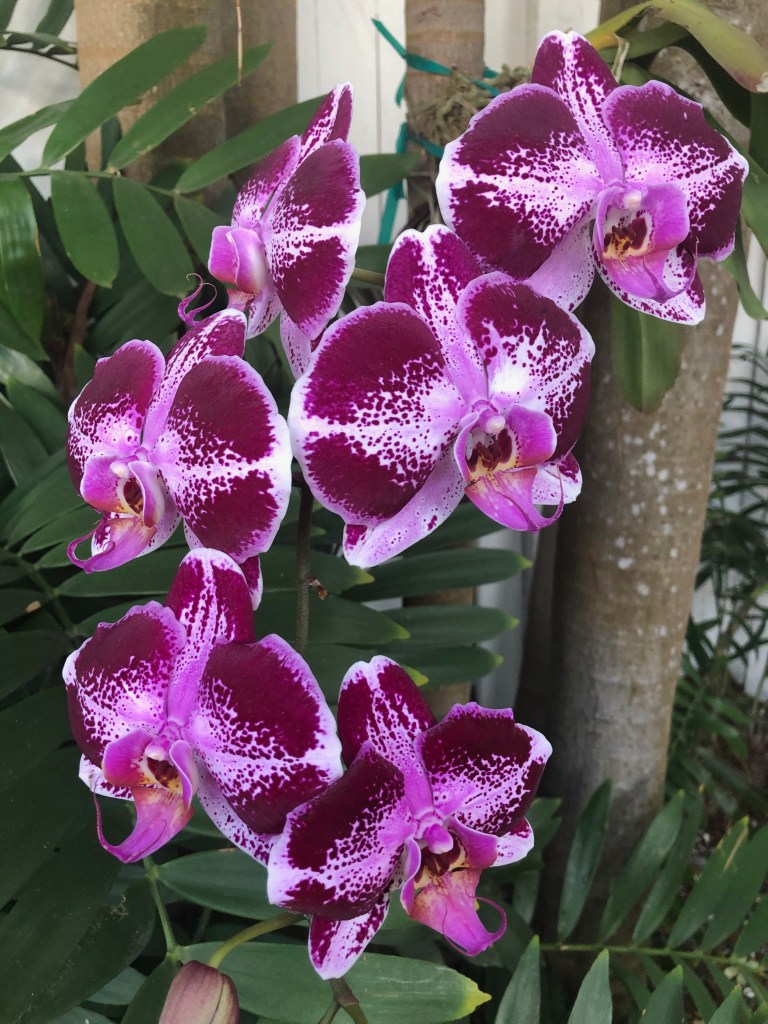 I bought a bicycle a few trips ago.  Many people ride bikes here, it’s really a perfect, mostly flat environment to do so.  Little did I realize that because I hadn’t been on a bike in many years, I’d have trouble riding it.  Put me in traffic and I’m easily overwhelmed. I think if I put some time in, on a quiet street, I’d be ok.  I might do that one, someday. Or trade it in for a three wheeler????I’m serious, don’t laugh at your elders. 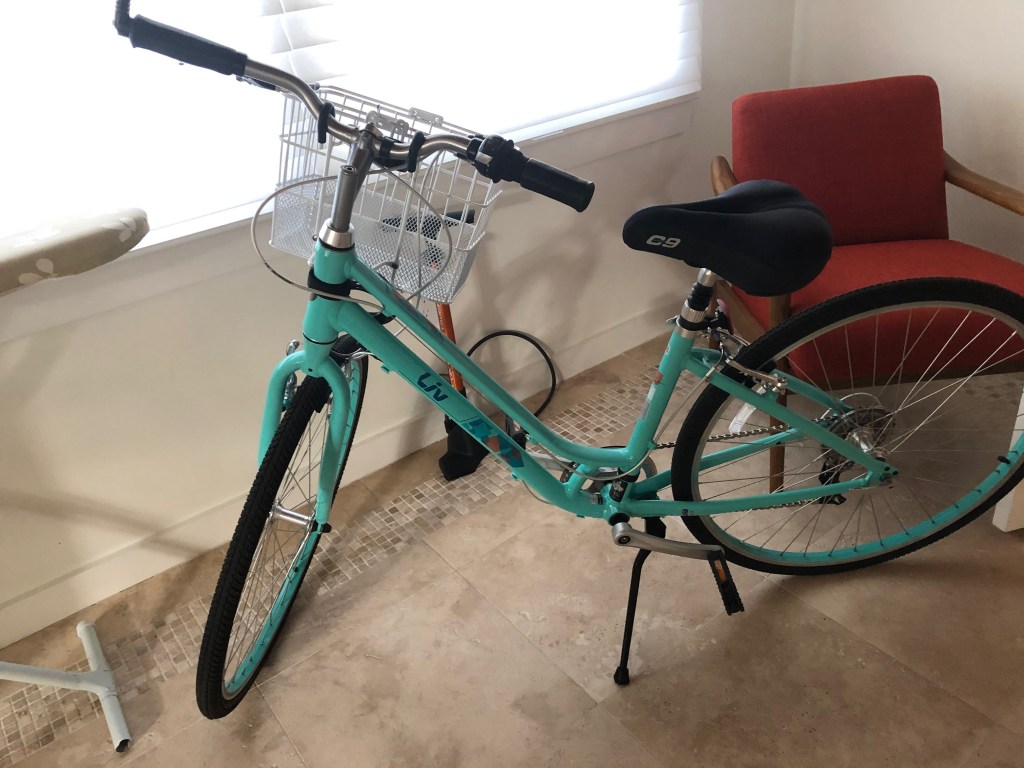 At any rate, it’s good to be back in this land the 21st c. America seemed to forget.  It’s Mellow.  I have a few books to read and a pile of seashells I got from Sanibel Island on our last visit to glue on any empty walls I can find.