By Dianne VapnekJuly 18, 2021No Comments

Full disclosure:  I am the daughter of a neighborhood grocer.  I have strong opinions about the importance of buying local produce.  I am in awe of farmers and their stamina, determination, grit, and vision.  They make our world and our lives a better place.

Is it the Garden of Eden in less than one square block in downtown Santa Barbara, CA?  No matter how many times i visit, I am always overwhelmed by the abundance and varieties of produce for sale at this Saturday Santa Barbara farmer’s market! Season after season, there’s always produce. Each week is just a little different from the week before, which keeps it interesting.  Things are always in a state of change.  If you pay attention, you can almost see the pages of the calendar change before your eyes.  The growing  seasons are long, compared to other parts of the country.  Strawberries year round?! Tomatoes from June ’til December!

I get a strong pulse for every season and its transitions in this place, as one season wanes and another ascends.  Today, there was no question.  It is mid-summer, in all its glory.  Shall we talk peaches?? At the SB Market there are many varieties of peaches.  There’s always samples to help you decide which to bring home.  The freestones arrive in July, but peaches become available in early June continuing straight through early fall.  Peach ice cream, anyone?? 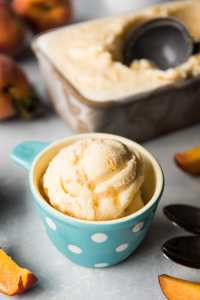 It’s Saturday morning.  My senses are on high alert as I approach the market area.  There’s a buzz in the air.  It’s excitement.  pulse quickens too.   The colors.  The shapes!. The scents.  So much!!  I always feel so grateful that this market is in our “backyard.” We do all our produce shopping here.  I can say smugly, it’s all always organic, and the market makes it easy to buy with that as a guiding principle.

Over the years, we have come to know some of the farmers who come to the market.  Just as knowing the artist enriches the relationship between the work of art and the new owner, so too does knowing the farmer enrich the experience of sharing the fruit  of their labors.  I truly cannot imagine having to eat produce only bought in a grocery store.  With the exception of potatoes!  We have opinions about who has the best produce; i.e. who to buy lettuce from, etc.

My husband shops almost entirely for produce.  I like to bring home flowers.  Lots of them.  I always buy some daylilies.  They are long lasting and give a lot of bang for the buck.  They pack a punch in a bouquet.  Quite honestly, I’m tired of sunflowers. They’re showboats.  They don’t do anything but say, “Look at me. ”  I quickly tire of that, be it in people, or flowers!  I did go through a phase of honest sunflower affection, when we first moved here.    But it ended with a thud.  No residual longing.  Today we had an early glimpse of the jewel tones of fall with celosia and cockscomb making a bright appearance.  They’re such intriguing flowers, reminding me of brain coral from tropical waters. 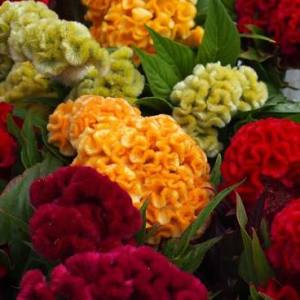 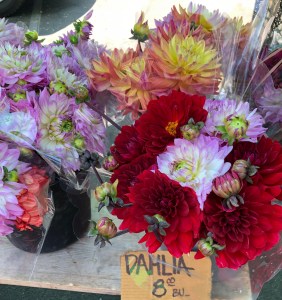 The Santa Barbara Farmers’ Market is one of this city’s best ongoing events.  I state that unequivocally.

“A brief location history of The Santa Barbara Certified Farmers’ Market begins on March 24th in 1979 at the Old Mission. The Farmer, Robert Dautch, recalls these days at the market as being quiet, “One or two customers, one or two farmers.” UCSB agricultural enthusiasts would harvest fresh veggies and fruit, load up their bicycle carts and ride to market, selling right off of their bikes.​

I always enjoy taking out of town guests to the market just to see how envious they become.  I’m always surprised that there are people who live in this city who never set foot in the market. Their loss.  The farmers work so hard to provide us with the food for life.   They deserve to be supported as much as possible.

Below is a glimpse of the bounty I saw on Saturday: 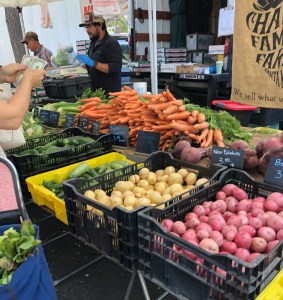 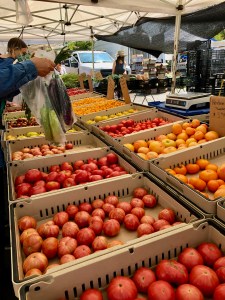 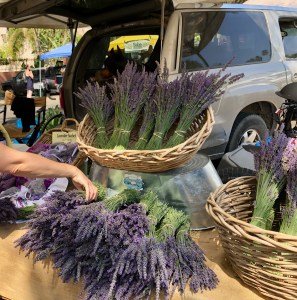 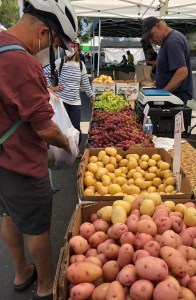 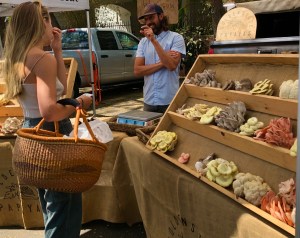 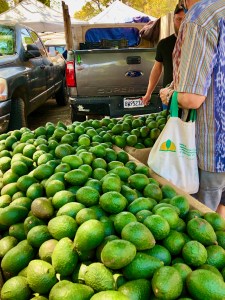