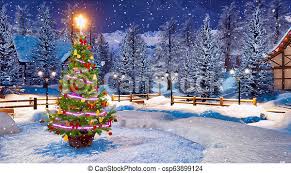 A simple seven word declarative sentence spoken by my mother was all it took to catapult a so-so day into a day of excited anticipation.  “It feels like it’s going to snow, ” she’d say matter of factly.  There was so much certainty in her voice, that I didn’t dare doubt it, even as I scanned the sky.  I always found the prospect of a snow storm exciting.  Not at all like most adults who had to shovel and drive in it.  I’d cling to her words for hours until it became blatantly obvious she was in error.

The transformation of the landscape would evolve before my eyes.  Surfaces became reflective.  Snow plows created mountain ranges along the sides of the road.  After dark, I could turn on the floodlights on the second floor of our house and watch the snowflakes tumble and fall to earth.  Each had a life of its own.   It was the Nutcracker Suite come to life.  I became disappointed easily when the snowfall waned, but then, could just as easily turn around and make my spirits soar when the snowfall became heavier.  I’d watch the fence posts accumulate the snow.  4 inches, 7 inches??? God forbid the weather should warm and the wonderland be threatened by thaw and melt.  That could be a knife driven through the heart.

A significant snowfall during the Christmas season, would be the frosting on the cake.  The colored lights sparkled and bathed the landscape in dreamy color. There were a few houses that went all out. I was most appreciative.  I thought of being indoors at those houses.  It was a perfect fantasy and another reason this Jewish kid felt wanting at Christmas.

Our house was at the bottom of a hill, so our driveway was easily converted to a path for sleds.  If my Dad’s van was parked at the bottom of the hill before the storm hit, it took all the determination he had to make it up the hill; particularly around the final turn into the street.  It often became too scary for me to watch his attempts, most of which failed at the three quarter mark.  When and if he did make it to the top, we’d all cheer.

Then the driveway was free for our sledding activities.

One year, after I was married,  my husband had a sabbatical in California.  We took our kids to Yosemite to see the snow.  It was unlike anything I’d ever seen in size and scope.  We stayed overnight in a tent cabin. One step above sleeping outside in a snow bank.  We were poor, and periodically it was important to reinforce that to our children.   Fucking freezing, but it did have a small stove which helped a little, if mainly psychologically.   Eventually, I’d fall asleep under the covers, as the stove gave off less and less heat. Miraculously,  we all stayed alive through the night and stayed alive  until morning when we could thaw out a bit.  I’m not sure how the kids remember that vacation.  Doubt that it is fondly!

Winter snow watching can reinforce Zen principles if you care to consider them or even know what a few of them are.  1.  Everything is impermanent.  2.  Nothing lasts

forever.  3.  Everything is always in a state of flux.

All the Way DOWN