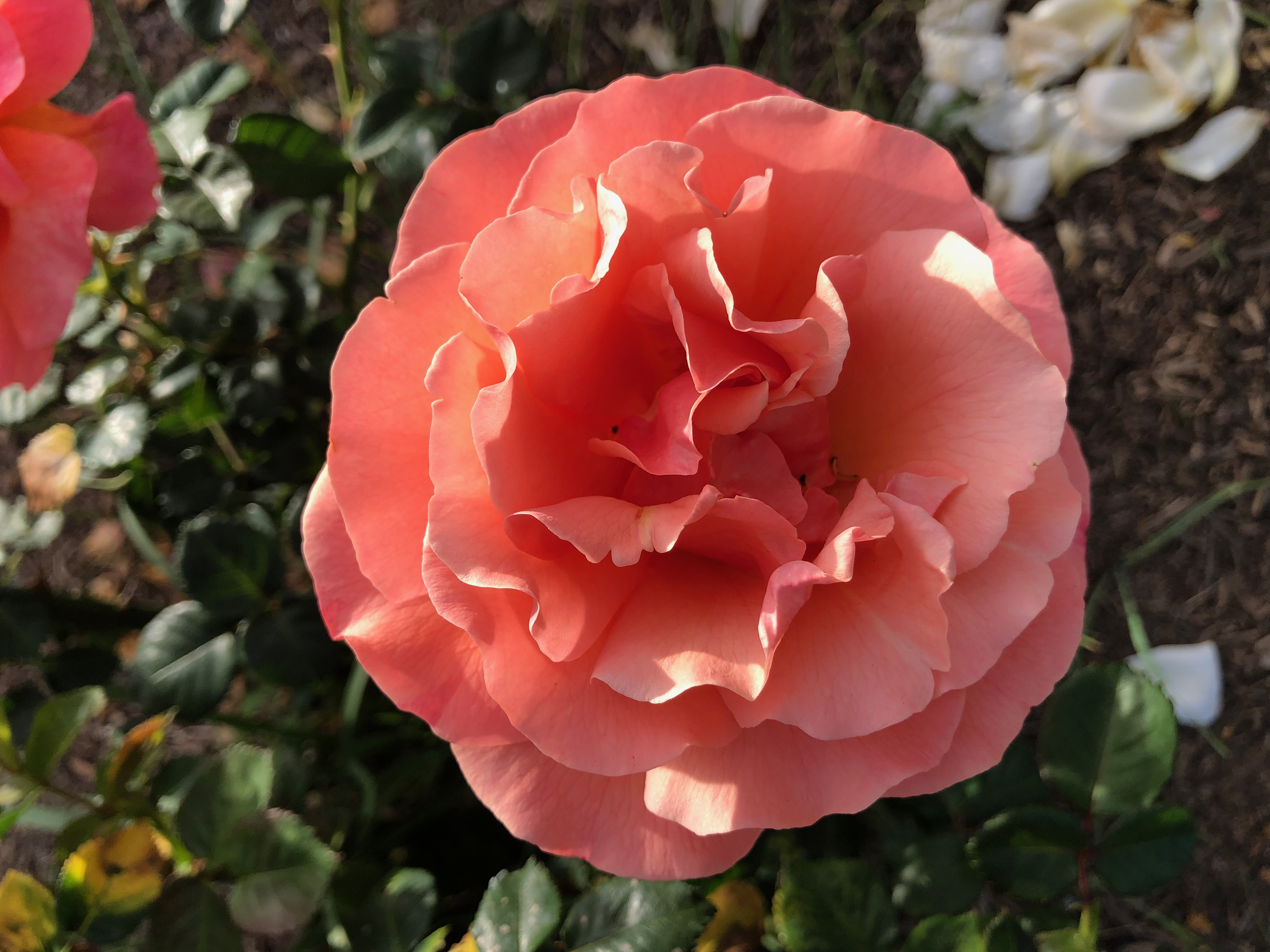 When we first moved to lovely Santa Barbara, we lived just across the street from the rose garden near the Mission.  It was like having a front yard filled with 1500 rose bushes.  My neighbors advised me that the first bloom was the best.  I always remembered that bit of info.  So when, I heard that the roses were in bloom this year, I hustled on over.  (We’d moved away several years earlier, a few blocks away.)  The roses were  as intoxicating as ever.    I’d just follow my eyes to the most glorious blooms. 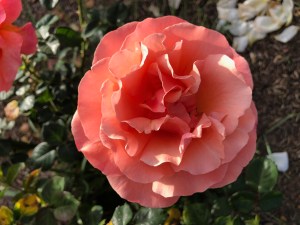 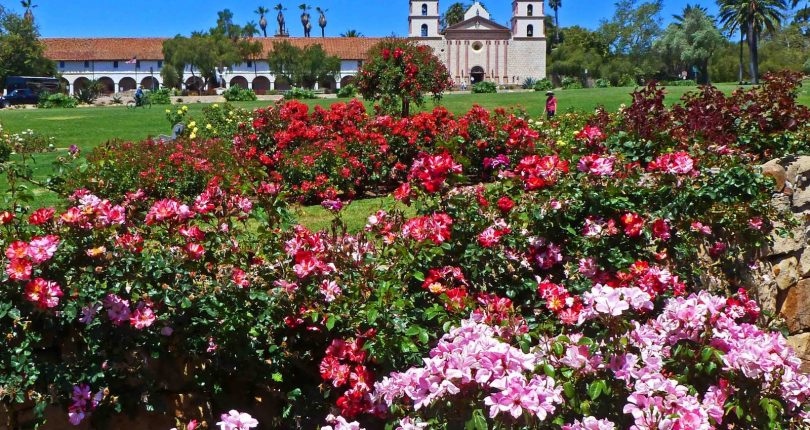 I quickly developed a sense of ownership for this garden. This was for no logical reason, but just because I lived across the street from it.  From my bedroom window of our house, on the second floor, I’d spy on any suspicious characters who tried to steal the roses.  On occasions, I’d convince them of their folly and they’d guiltily fessup. I only confronted those who looked like easy targets.  That does not mean I was above stealing some roses myself whenever I thought I could get away with it.  Sometimes, it was after dark. I’m easily spooked, so that scenario didn’t happen often.  I would have had cardiac arrest if I’d been caught.

There’s nothing nicer than a bouquet of fresh garden roses in a home.  The more the merrier, but I tried to restrain myself. Sometimes more successfully than others.   Honestly!

Most roses come with thorns. 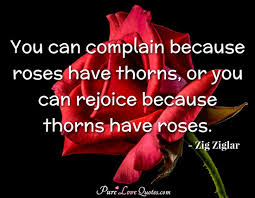 This can be a valuable life lesson, if you care to pay attention or don’t mind a few gashes.

When I was a child, an older cousin of mine taught me how to gild roses with the gild I had only used on ballet slippers before a recital.  This was a revelation.  I was sure they were the most beautiful things in the world.

I often accompanied my mother to antique stores.  She’d look for treasures and I’d swoon over 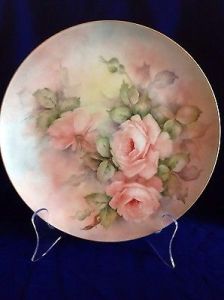 paintings of roses on china or postcards!

Oddly enough, I’ve never had much luck growing my own roses.  I will continue to covet my neighbor’s rose garden.  Especially Vasanti’s!

And, I will  always look forward to the first bloom!  Call me next April.