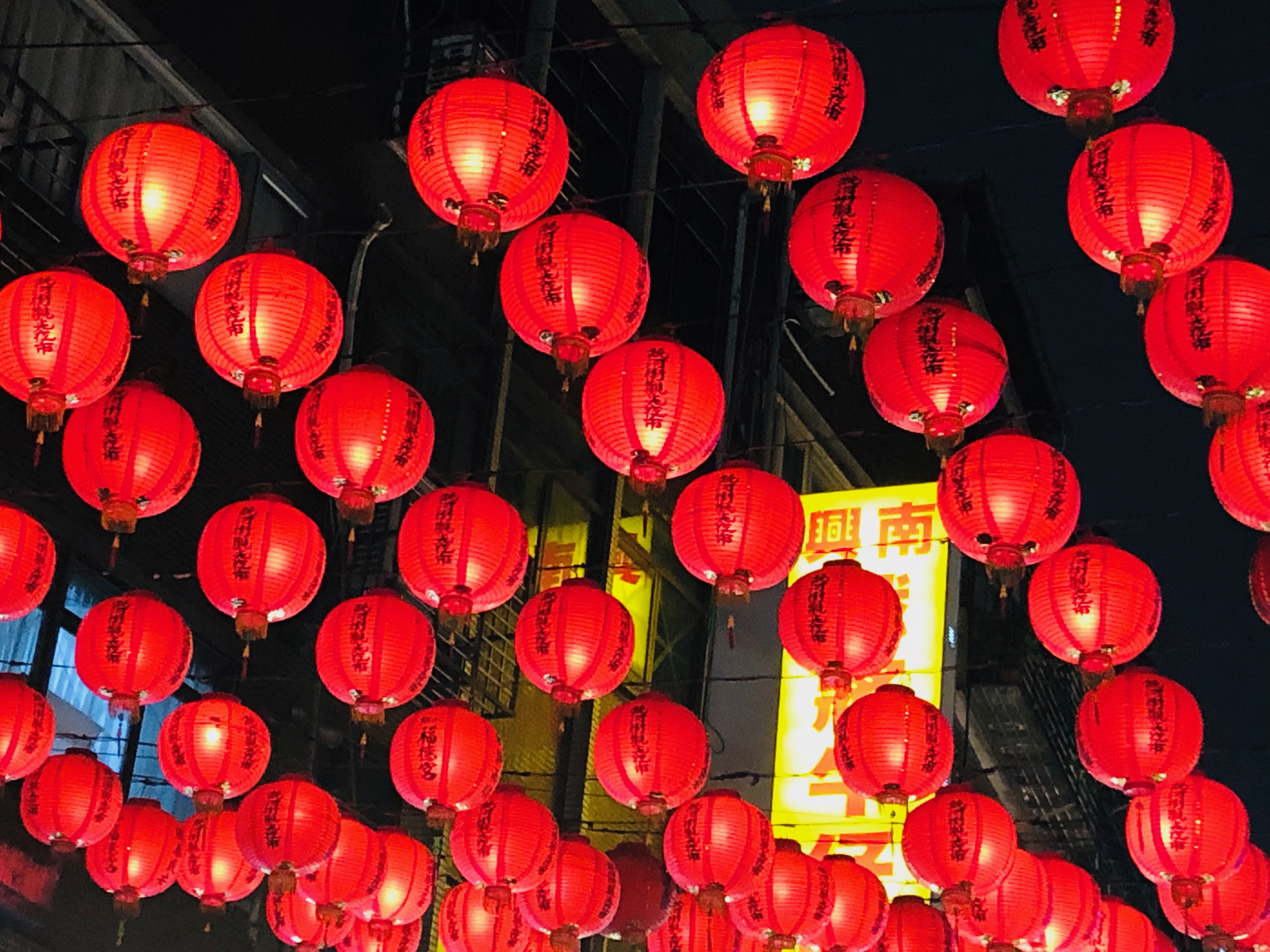 Anthony Bourdain had a way of making everything he did look cool. Particularly his eating/drinking/lounging at night markets in the Far East. Without fail, it appeared to be a sublime eating experience, one that could be easily duplicated once you got yourself to a Night Market!  Probably not with the same level of self confidence he always displayed, but hey, no one would be filming! 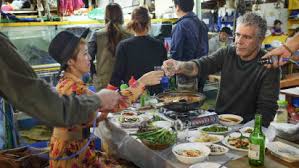 The one thing that is a must on every visitor’s Taipei itinerary is a night market. Constantly buzzing with activities, tempting smells, and delicious flavors, it’s impossible to resist the charm of a quintessential Taiwanese night market. 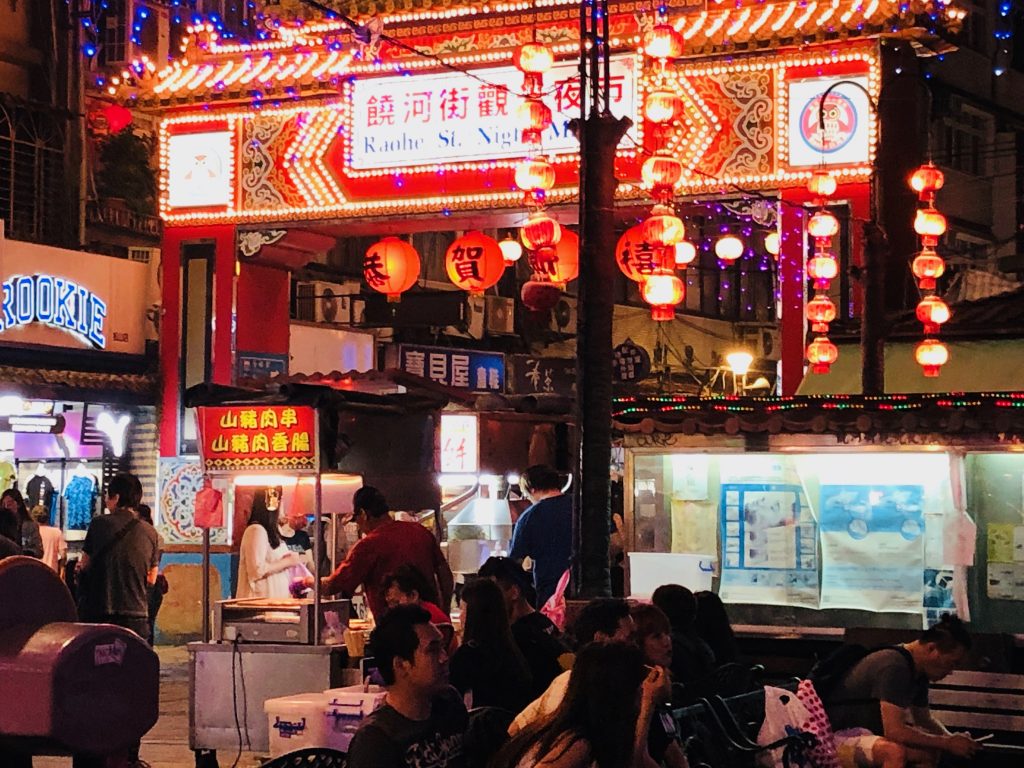 We just returned from Taipei Taiwan, a city overflowing with night markets.  All we had to do was pick one and we too could be easily transported to BlissLand, lingering and savoring dish after tasty dish, while drinking beer after beer.

So, it was an easy decision after dinner to simply cross the street from our restaurant into this casual, exotic world to see what we could find.  Not that we were hungry.  Despite the fact that we weren’t hungry.

Not exactly what I had in mind.  To begin with, watching Anthony eat at the markets on a tv was a smell free experience.  The market itself, not so much.  My husband easily identified the noxious scent. At first he said, “It smells like horseshit.”  Then after a few minutes, he reassessed.   “They’re cooking intestine,” he said matter of factly.  Pardon me, but all I could think of was what else was being cooked within the intestine.  I wanted to flee.  It was a truly disgusting smell.  I can also easily identify it as nauseating. Maybe Anthony had hidden noseplugs for those sequences.  Or he was too drunk to be bothered by it.  I had no such protection, but do possess a keen enough sense of smell that I knew immediately, I could never eat anything cooked in this market. Despite Mr. Bourdain’s adventurous lead.

We did an immediate u-turn, took in a few more sights, then easily decided, we’d seen all we needed to see and smelled all we needed too smell to be complete with our Night Market Foray.

I found the scene reminiscent of the carnivals of my childhood.  Colorful and trashy. No cotton candy.  Enough to hold the interest of a child indefinitely, but hardly so for an aging adult. Although I still have a childlike fascination for stuffed toys and I would have been more than happy to carry a few of these home with me. 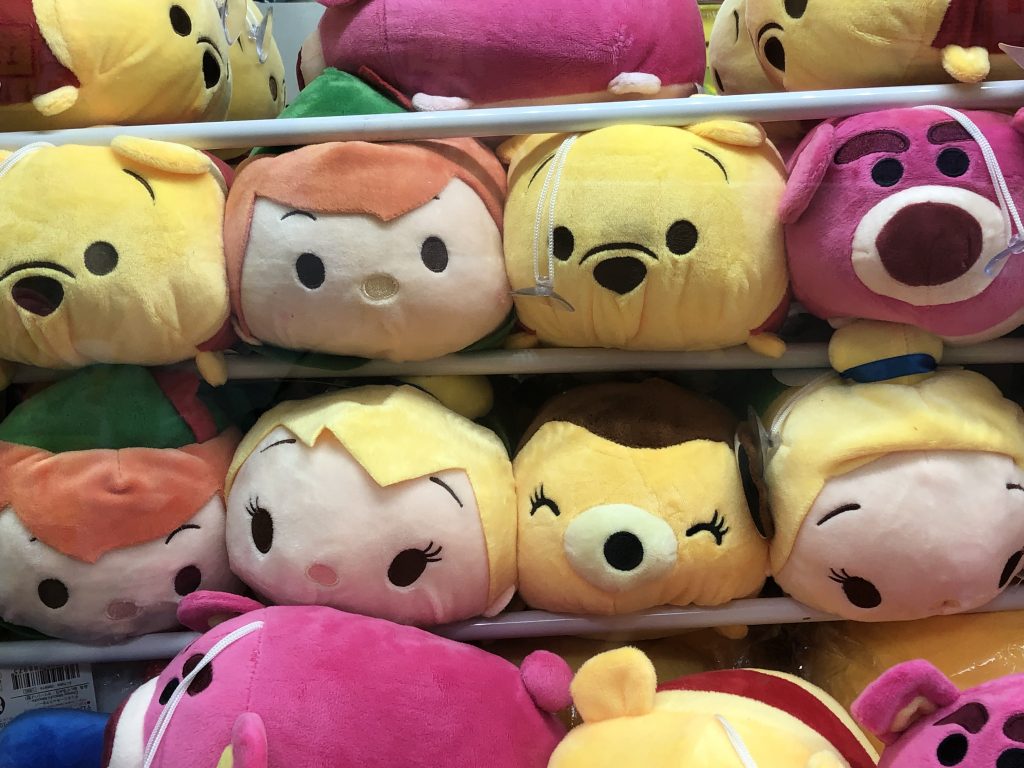 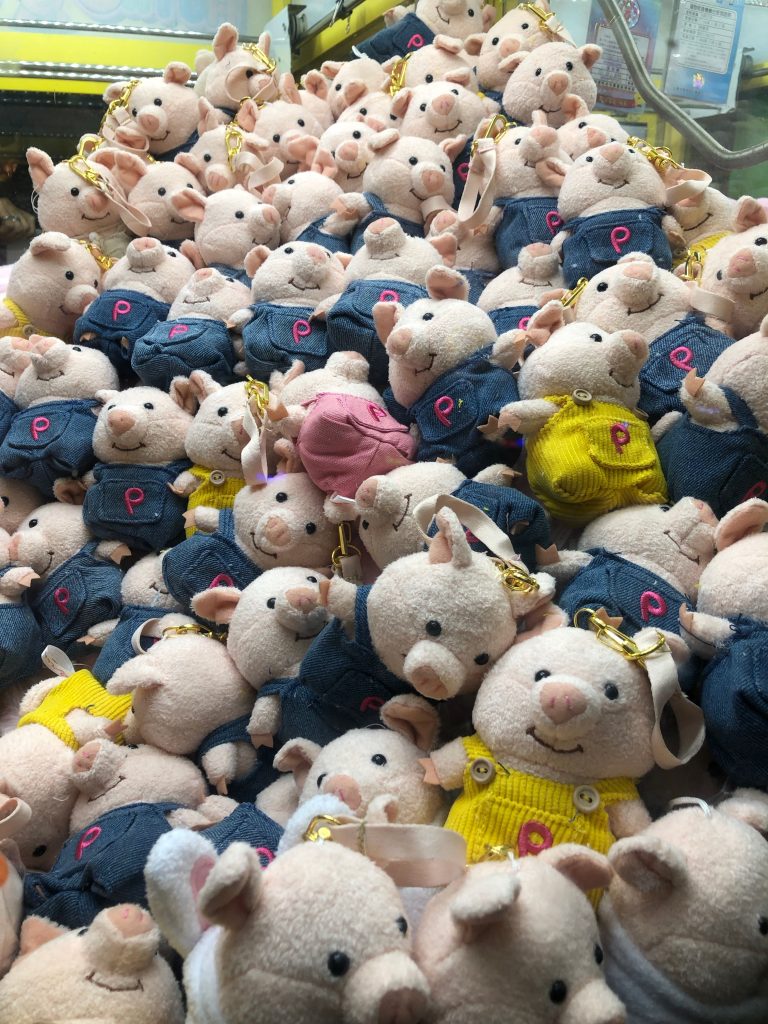 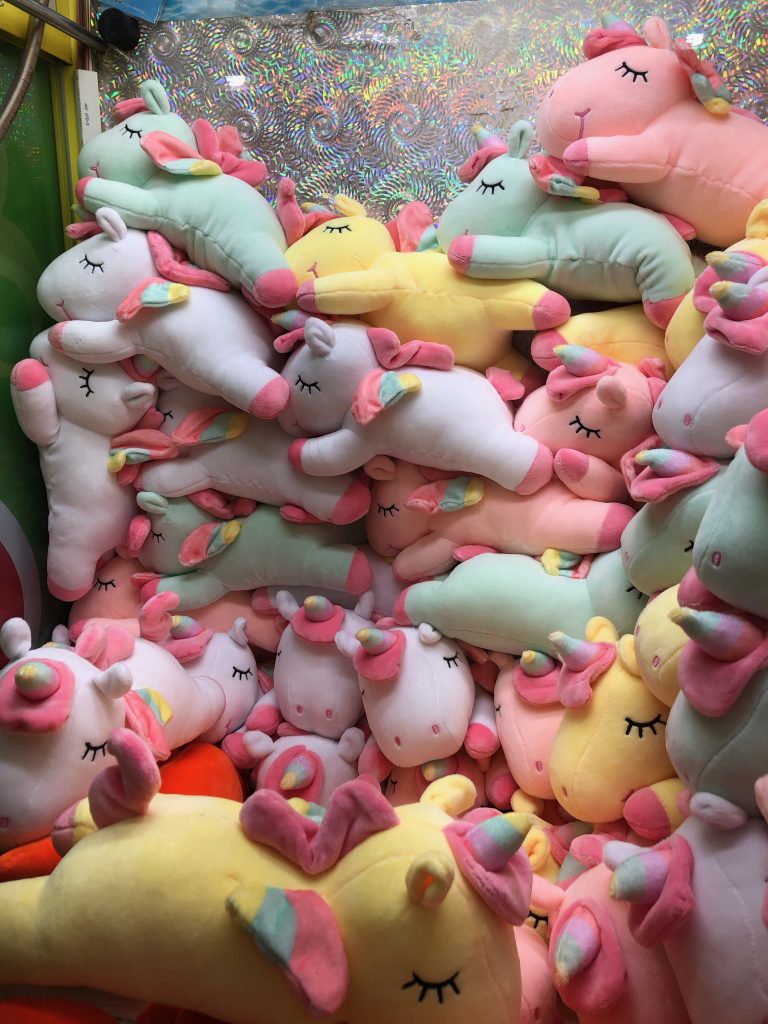