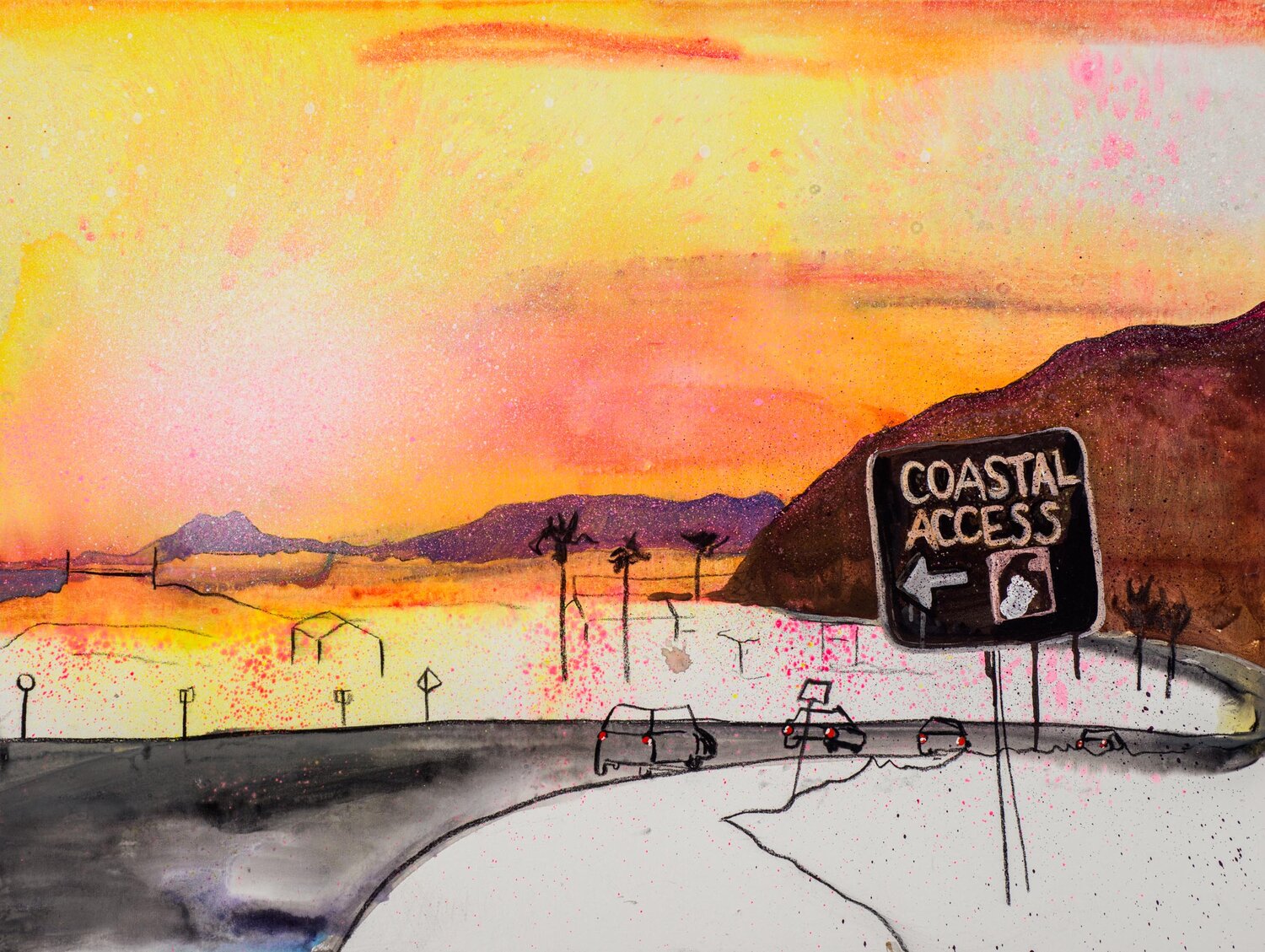 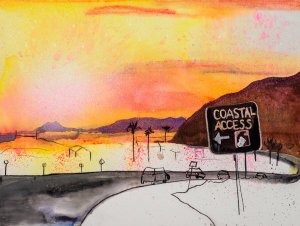 California is in a drought.  What else is new?  Officials are predicting another treacherous fire season about to unfold.

I just returned from the Northeast where the landscape was lush and green. Several years ago, we ventured to Sweden and Norway in the early summer, same deal.  Japan in the rainy season provides an open invitation to splash in puddles and carry wonderful umbrellas.  I can break into song just thinking about all that water!. “Singing in the Rain,” comes to mind immediately.

Rain is not a seasonal occurrence in these locations, but a frequent occurrence.  Vegetation thrives. Nothing looks parched or ready to explode. The downside of this wet energy was that the beach cottage we rented was perpetually damp on the first floor.  It felt grimy.

I have now lived in California almost half my life, 40 years! Along with this period of time, I have lived through several close encounters with fire. “It comes with the territory,” as the saying goes. I packed up my car when I was told to evacuate my home several years ago.  Fortunately, danger passed and the homestead remained intact.  The threat of a fire caused a certain excitement within me. The fear of losing so much that I love about Santa Barbara was hard to take in.  Survival  mostly rested on which way the wind would blow, which was uncertain.

I must admit to seeing a certain beauty in a rising smoke plume.  Every afternoon during a fire season, I would look for the smoke plume that would rise to the south of Santa Barbara.  The plume would rise to impossible heights, then ultimately collapse unto itself, to begin the process again the following day.  It looked alive!

Emotions can get all mixed up in a fire.  I think whichever emotion rules is dependent upon how much personal risk you face.  Some distance from personal destruction is most likely necessary to see any beauty in a fire event.  It’s hard, if not impossible, to see beauty when you’re terrorized or your life is in peril.

In the night time, ultimate drama unfolds.  Sparks of fire can resemble swarms of fireflies, even fireworks!  The vivid colors of the leaping flames are greatly enhanced against a black night sky.  Let’s face it, the world as well as us as individuals seem more vulnerable at night.  Sensory experiences are heightened.

In my humble opinion, one of my daughters has perfectly captured fire’s duality.  She’s done a series of paintings that for some may be hard to look at.  For others, like myself, it’s a reminder of nature’s power and raw beauty.  It’s also a reminder of how small we are in comparison to Mother Nature. Unfortunately, sometimes we forget that.  The reminder can be painful, but it’s necessary, don’t you think?

This is a plug!  If you are interested in seeing more of what she’s created, as well as understanding more deeply what I’m talking about, check out her website:  www.susannavapnek.com.

Her artist’s statement says a lot:

California exists as a place where one sees the world through the car window. I see the front windshield of my car as a viewfinder. My favorite time of day is the twilight- when the sky turns electric blue, and the colors fade from palm trees into black. Each painting shows the passage of time. A time stamp is often seen at the top of the paintings. Along with the passing minutes, the light and colors change, as do the positions of the various cars. I see this series as a group of film stills…recording motion, while capturing one individual moment in time.

I paint with as few strokes as possible. I use a dark background with a bright fluorescent pallet in the foreground. I often paint wet into wet, permitting one element to flow into another. I spray paint through bottles to create the ever-present haze of fog in air. These paintings reflect the fluidity and energy of the Southern California landscape. As a painter, I seek to convey both nature’s horror and surreal beauty.   Susanna Vapnek